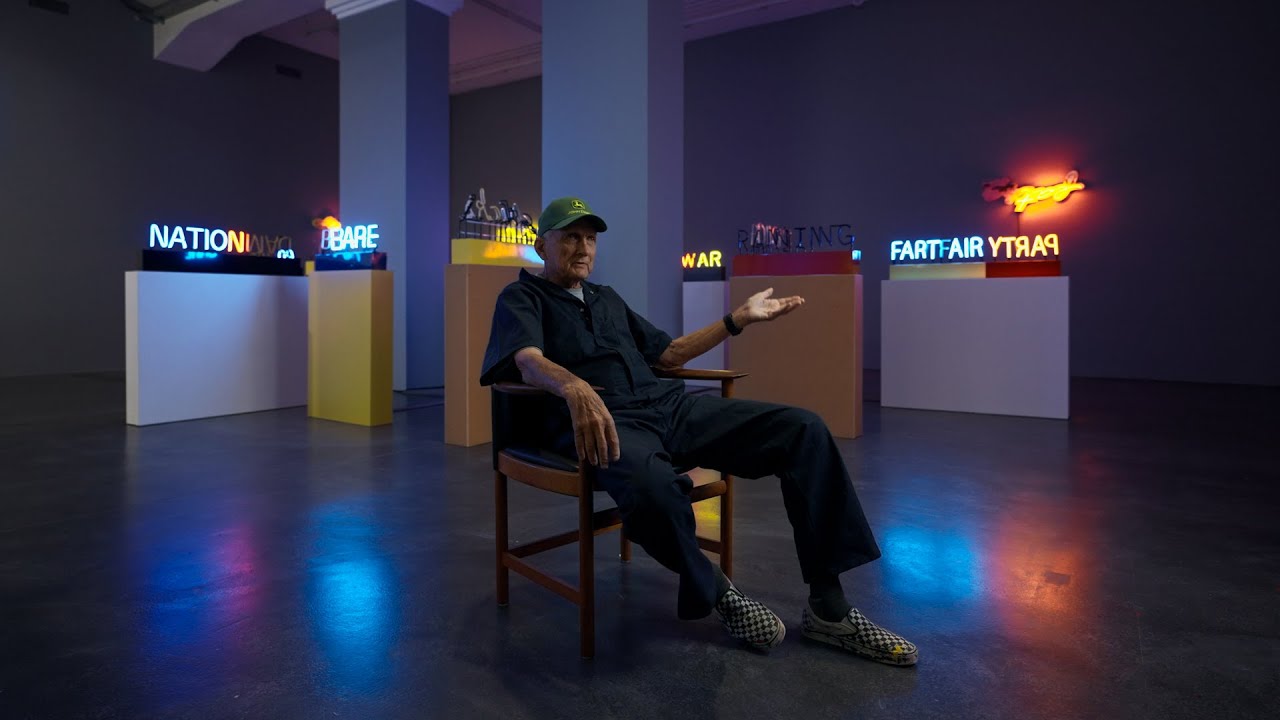 Outside of the Realm of Acceptability

American artist Richard Jackson on testing the limits of painting

On the occasion of his exhibition at Hauser & Wirth’s Zurich gallery on Limamatstrasse, Richard Jackson speaks about what it is that has driven him to explore the potential of performative painting for more than five decades. ‘I don‘t care about the results with the art,’ he states. ‘It's going to look like whatever. But the process, you can‘t change.’ Jackson explains that while other artists are invested in creating objects, ‘I do something else.’

Born in Sacramento, California in 1939, Jackson first came to international attention with a major presentation of his installation works at the Menil Collection, Houston, in 1988, followed by the 1992 exhibition, ‘Helter Skelter,’ at the Los Angeles Museum of Contemporary Art. In site-specific installations such as the artist’s seminal Stacked Paintings series, Jackson’s radical approach to the expansion of painting is evident. Jackson individually stretches, paints and stacks 1000 canvases by hand, creating a work which collapses the boundaries between painting, sculpture, installation and performance.

In some instances, Jackson denies the viewer any sort of pictorial representation, and in others draws on a wide array of popular visual lexicon. All of his installations involve a high level of craftsmanship, planning and engineering, and it is through a process of ‘activation,’ that his works are executed, often a final application of paint. In his most recent installation, ‘Shooting Gallery’ (2021)—a recreated fairground shooting range inspired by Swiss or American carnivals—Jackson shoots a paintball gun at a target canvas to create an original painting. 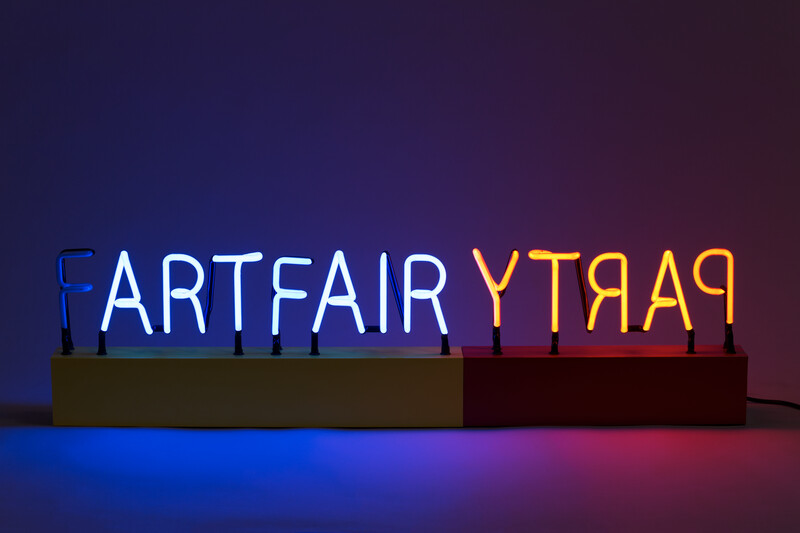 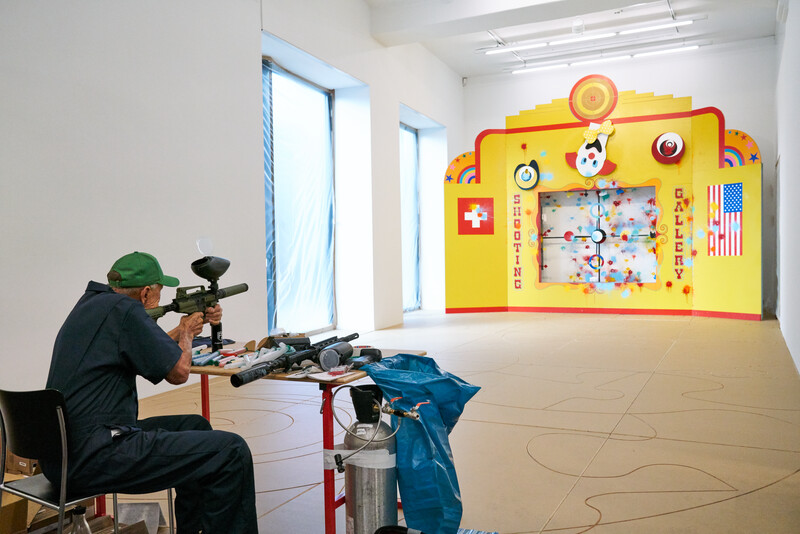 Jackson activating ‘Shooting Gallery‘ ahead of his 2022 Zurich exhibition

Jackson brings a measured yet humorous critique to his work as an artist, whether through his longstanding interest in hunting culture and its vernacular or in neon works such as  ‘Ain’t Painting a Pain’ (2009), where the word ‘PAINTING’ lights up in multiple stages, presenting an ironic commentary on common pretensions associated with the medium. ‘It’s not easy to try to do something outside the realm of acceptability,’ Jackson reflects. ‘But on the other hand, there’s a group that really kind of admires you for trying.’