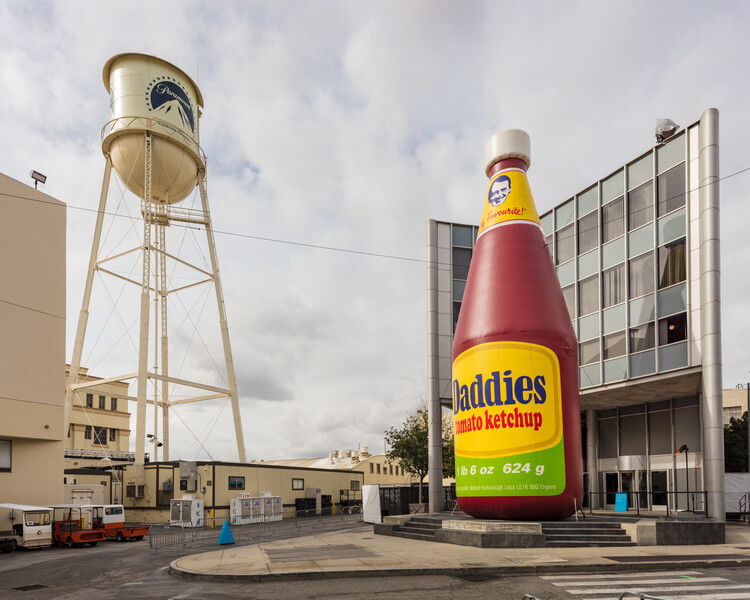 During the making of this work in the 1990s, McCarthy extended his practice into installations and stand-alone sculptural figures, utilizing a range of materials such as fiberglass, silicone, animatronics and inflatable vinyl. Playing on popular illusions and cultural myths, fantasy and reality collide in a delirious yet poignant exploration of the subconscious, in works that simultaneously challenge the viewer’s phenomenological expectations. ‘Bossy Burger’ (1991) was the first time McCarthy used large scale set design and sculpture in a performance. Wearing an Alfred E. Neuman mask and exhausting a bottle of his trademark Heinz ketchup, the artist’s performance suggested the exteriorization of bodily innards, a gesture that is in turns humorous and absurd.
Whether absent or present, the human figure has been a constant in his work, either through the artist‘s own performances or the array of characters he creates to mix high and low culture, and provoke an analysis of our fundamental beliefs. These playfully oversized characters and objects critique the worlds from which they are drawn: Hollywood, politics, philosophy, science, art, literature, and television. McCarthy’s work, thus, locates the traumas lurking behind the stage set of the American Dream and identifies their counterparts in the art historical canon. 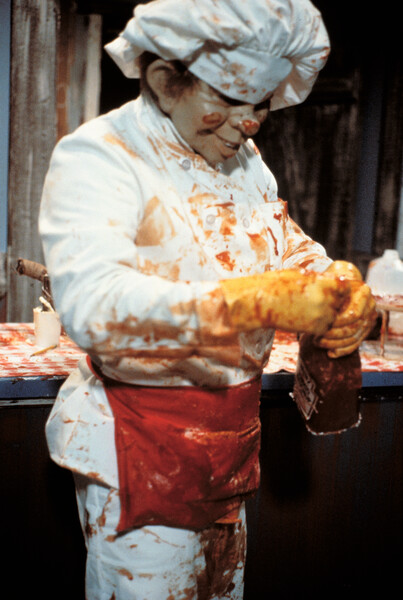 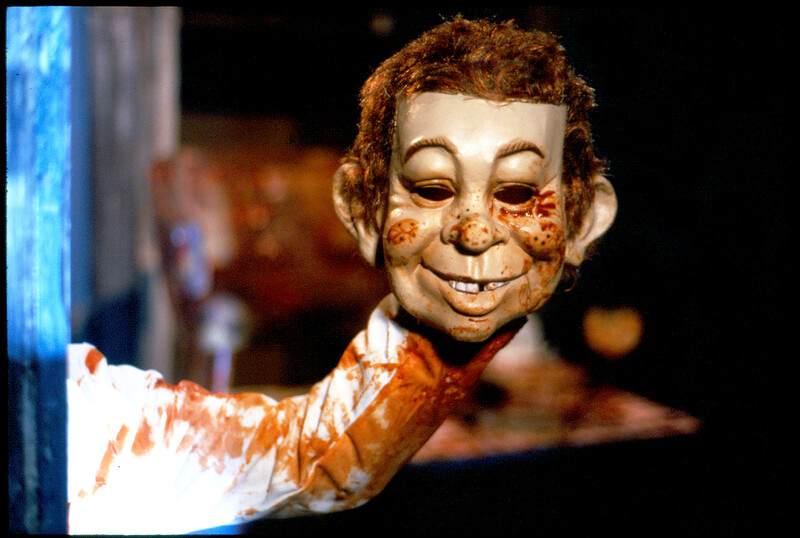