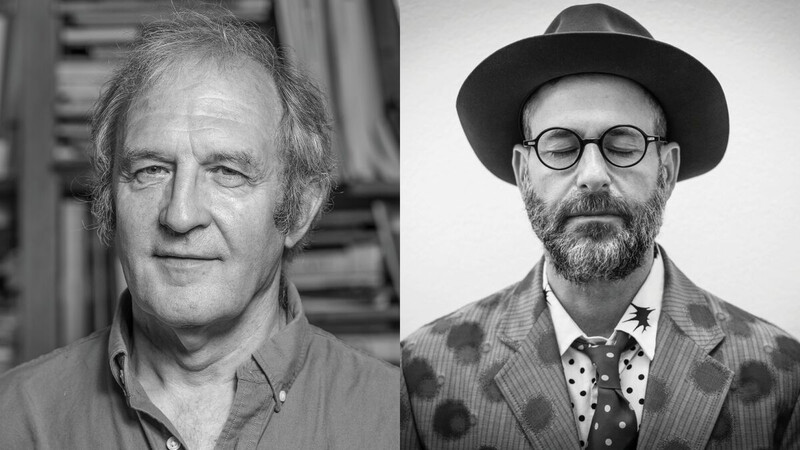 ‘Do as little as possible’ was one of François Morellet’s mottos.

It seems he achieved much more than this but often allowed chance and aleatory standings to suggest a direction or a practice to create new bodies of works.

‘In-Coherent’ currently at Hauser & Wirth New York, 69th Street gallery tries to demonstrate his versatility, freedom and irreverence. I wish I could have invited Alphonse Allais as a speaker and commentator of our current offering, but I felt that Yve-Alain Bois who has worked profusely on and around Morellet and Kenneth Goldsmith whose poetic iconoclasm shines through his obsession and passion would be the perfect candidates for a conversation which will help unleash some of the artist’s intricacies and games.’—Olivier Renaud-Clément

Yve-Alain Bois is Professor of Art History in the School of Historical Studies at the Institute for Advanced Study in Princeton. A collection of his essays, Painting as Model, was published in 1990. In 1996, he curated the exhibition ‘L’informe, mode d’emploi’ with Rosalind Krauss at the Centre Georges Pompidou, the catalogue of which was published in English under the title ‘Formless: A User’s Guide.’ With Benjamin Buchloh, Hal Foster, and Rosalind Krauss, he co-authored ‘Art Since 1900’ (2004). He co-organized the 1994 – 1995 retrospective of Piet Mondrian in The Hague, Washington and New York. Other exhibitions that he curated include ‘Matisse and Picasso: A Gentle Rivalry’ at the Kimbell Museum of Art (1998), for which he also wrote the catalogue (Matisse and Picasso); ‘Ellsworth Kelly: Early Drawings’ at the Fogg Art Museum (1999); and ‘Picasso Harlequin’ (2008) at the Vittoriano in Rome. Among other projects, he is currently working on the catalogue raisonné of Ellsworth Kelly’s paintings and sculpture, the first volume of which was published in 2015. He also edited the catalogue raisonné of Matisse’s paintings in the Barnes Foundation, published in 2015. He is one of the editors of the journal ‘October.’

Kenneth Goldsmith is the author and editor of over thirty books, living and working in New York City and Istria. He teaches writing at The University of Pennsylvania. In May 2011, he was invited to read at President Obama’s ‘A Celebration of American Poetry’ at The White House, where he also held a poetry workshop with First Lady Michelle Obama. In 2013, he was named as the inaugural Poet Laureate of The Museum of Modern Art in New York. In 1996, he founded UbuWeb (https://ubu.com), the largest site for the free distribution of avant-garde materials. His most recent book is ‘Duchamp is My Lawyer: The Polemics, Pragmatics, and Poetics of UbuWeb,’ which was the recipient of the 2020 Prix François Morellet awarded by the Château de Montsoreau – Musée d’art contemporain.

Organized with Olivier Renaud-Clément, ‘François Morellet. In-Coherent’ underscores the full breadth of the artist’s artistic explorations through a large array of mediums. The exhibition begins with works from the 1950s, a period during which Morellet turned from figurative and representational work to abstraction following an influential trip to Brazil in 1950. Inspired by his first encounters there with Concrete art and the work of Max Bill, he began creating works that followed simple systems and rules and eliminated as many arbitrary decisions as possible. On personal detachment, Morellet has said, ‘All my work is about doing as little as possible and making the fewest possible arbitrary decisions.’ His ‘Trames’ (Grids) paintings feature, for example, superimposed grids of perpendicular lines or networks of dashes rotated at various angles, as in ‘36 trames de tirets pivotées au centre’ (36 Grids of Dashes Rotated at the Centre) (1960). In works such as ‘Carrés et triangles rouges et bleus’ (Red and Blue Squares and Triangles) (1953) and ‘Carré inscrit dans un carré’ (Square Inscribed in a Square) (1954), Morellet exploits the possibilities of simple geometry by creating a system of circumscribed squares which in turn form isosceles square triangles. These early works also expose Morellet’s intent to use descriptive titles containing the information necessary for the viewer to understand the rule behind the creation of the work.