The Artist’s Library: Tabboo! on Paul McCartney’s The Lyrics 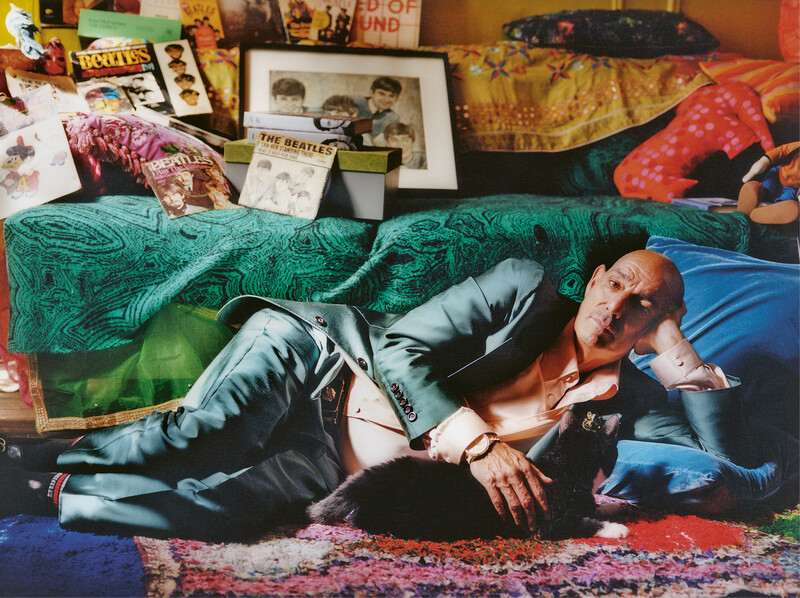 In this installment of the recurring Ursula series in which writer and editor Sarah Blakley-Cartwright asks artists to select a favorite book from their shelves, the New York painter and performer Stephen Tashjian, better known as Tabboo!, speaks about growing up post–peak Beatlemania, collecting Beatles ephemera, and a prized lime-green tome: The Lyrics: 1956 to the Present, by Paul McCartney, published in 2021, with an introduction by poet Paul Muldoon.

Sarah Blakley-Cartwright: Tell me about your relationship to the Beatles.

Tabboo!: My mother worked at the local library, and I would take out a book from the ’60s that had all the Beatles’ lyrics with psychedelic illustrations. That’s kind of how I got into art.

SBC: You have so much memorabilia!

T!: This is just some of it. My collection is massive: every album, every single, everything.

SBC: Tell us about this book, The Lyrics.

T!: They kept telling Paul he should write his biography and he didn’t want to, so he said, ‘Why don’t we just talk about my lyrics and they will tell the story of my life?’ This book then came out last fall, when my sister died of Covid. I was sort of out of it; it was sort of dark. And that’s one thing about the Beatles’ music: When I was a kid, I wasn’t the happiest. I don’t know if a lot of people are as teenagers. It was just as the Beatles were breaking up and they were marketing all the old Beatles stuff to the young kids, so I took my teenage angst and put it into the music and felt relief. 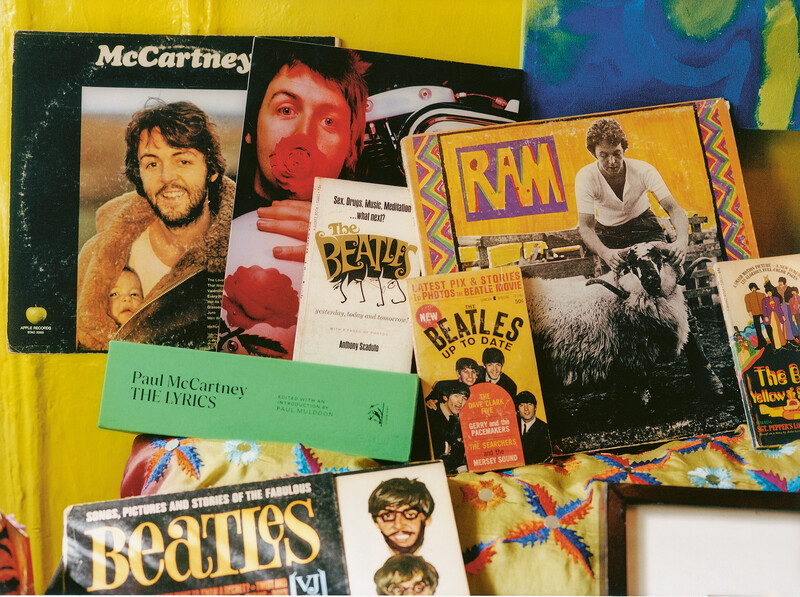 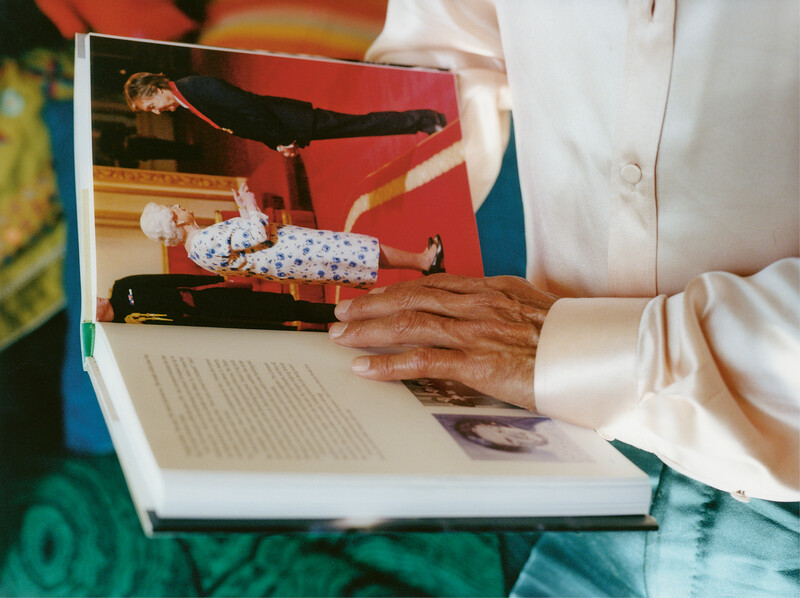 T!: A lot of Paul McCartney’s songs are about love and positivity and lifting people. It’s strange to me because I’m gay. I don’t have a family. I’m really not that into kids. I mean, I love kids, but I have no interest in having any. A lot of Paul McCartney’s music is about his family and his wives, love songs to girls and his children and living on a farm. That’s all the opposite of who I am, and yet everything he does touches my heart so deeply. When [the 2021 documentary featuring] Rick Rubin’s interviews with Paul came out, they would hit a few notes from a certain song and I would burst into tears.

SBC: What was the experience of reading this book like, without the melodies?

T!: When certain songs came up, it meant so much because I have listened to the Beatles’ music and Paul McCartney and Wings music, I would say, for 70 percent of my life. Lately, I don’t listen to much music.

T!: I might be getting old. I still have thousands of records. I think music from your youth is comforting. It has really helped me. A lot of Paul’s songs, like Let It Be or The Long and Winding Road are melancholy and hopeful and beautiful—sort of spiritual.

‘When I was a kid, I wasn’t the happiest … It was just as the Beatles were breaking up and they were marketing all the old Beatles stuff to the young kids, so I took my teenage angst and put it into the music and felt relief.’—Tabboo!

SBC: The Beatles each had their public personas, which they got typecast into. George was the quiet one, Ringo the funny one, John the creative one and Paul the more straight-laced guy, doing the soppy pop songs.

T!: That was marketing. I remember reading that once they made their money, they wanted to back out. Like, ‘Ok, we are all multimillionaires, that’s enough. I don’t want to do another interview, I don’t even want to make another record, who cares.’ But Paul was like, ‘We need to get into the studio.’ And he did that, and he’s still doing that. He’s eighty years old and just released another record. He never stopped.

SBC: How do you think Paul drew upon his image?

T!: By the time I got into the Beatles, he was kind of an idol. He had a shag, a mullet, patchwork clothes with platform shoes. Even the early-early Beatles, they had this gay manager, Brian Epstein, who said, ‘You need a haircut, you need to wash your hair, you need Pierre Cardin suits. We’re going to do to you what the guys in Motown are doing to those inner-city kids.’ The Supremes were showing up in Miss America beaded gowns on Ed Sullivan. It just makes it so much more interesting.

SBC: All that exuberance and extravaganza.

T!: My friend [Charlie Porter] wrote a book called What Artists Wear, and when he met me he was like, ‘Oh my God!’ Strangely, the art world is oftentimes more dull than you think it’s going to be. And even the music world can be dull. So when someone comes and shows up and gives people some bling, everyone loves it, they turn their heads. That’s half the thing with people like Madonna or Beyoncé. Their songs are incredible, but they also show up in the most incredible outfits. The same is true of Lady Gaga, Frank Sinatra and Elvis. 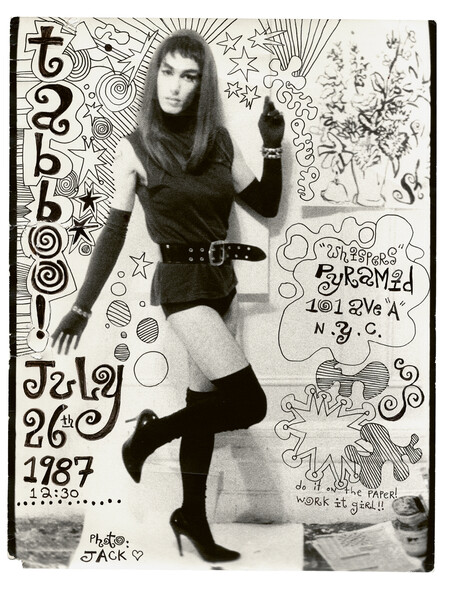 SBC: In the book, Paul talks about the pageantry of the Sgt. Pepper era as a kind of game that freed them up and gave them a new anonymity, in an odd way, because they could be someone else.

T!: That was also during the Carnaby Street ’60s thing, which was incredible. If you could go back, that’s where to go: London in the ’60s, woo! I went a couple of years ago and it was not that at all. But you know, time marches on.

SBC: Paul was looking backward, too. He talks about how Honey Pie, for instance, was written in the ’60s but it’s a throwback to the 1920s and ’30s.

T!: That was another thing I always loved about him. In the Beatles, even in Wings, even now, he always had that vaudeville, London, music-hall kind of sound. Elton John would, and Queen would, too: I guess it’s a British thing.

SBC: Was some of the ephemera in this book worth waiting for?

T!: Most of the pictures I’ve seen, because I’ve seen everything a hundred thousand times since I was twelve, you know, and now I’m sixty-three. I came to the Beatles, as far as really liking them, through Yoko. At the same library I used to go to, they had the Wedding Album, which was like an avant-garde scrapbook of John and Yoko’s wedding. With recordings and a photo strip and pictures of their wedding cake. It was very Fluxus. And then I got into John and then I realized, ‘Wait, that’s the Beatles!’

SBC: You might be the first person to discover the Beatles through Yoko.

T!: Wings was contemporary for me, but the Beatles stuff was older. It was like I was researching ancient Egypt. I started in 1970, when I had some babysitting money, and I bought a record that had a sheet that showed you every album they ever released, every single they ever released, every single that they worked on with anybody else. And I would go through it and check it off, one by one by one. There was so much to buy and learn. There was so much marketing for Yellow Submarine. Look, I have a Yellow Submarine alarm clock. 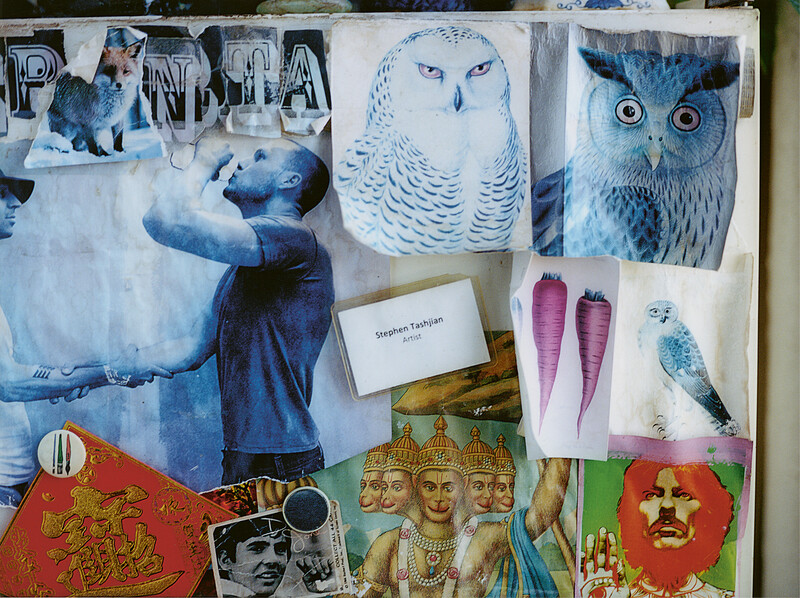 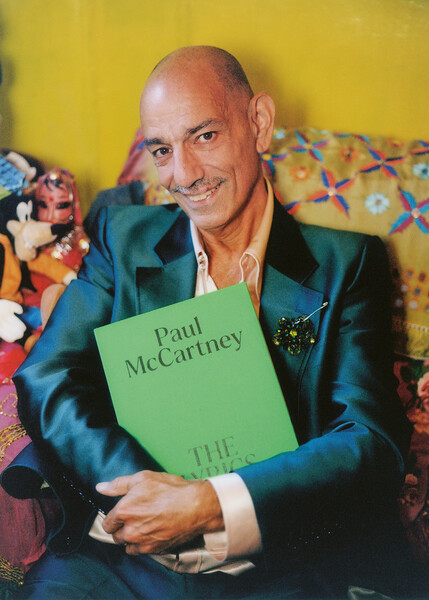 T!: I have lobby cards. I have Yellow Submarine stationery. I have all the Apple Records 45s hung along a wall. As a collector-hoarder, I really got into them big time. My mother used to bring the neighbors over: ‘Look at what Stephen did with his room!’

SBC: Is there a McCartney song you’ve been listening to more than others?

T!: Calico Skies is really beautiful. He wrote it for Linda when she was dying of cancer. And he sings it to her on camera, and he can’t look at her because he knows she’s going to be dead. That’s a beautiful new one. Also Here, There and Everywhere. The harmonies are beautiful.

SBC: Paul is so disciplined. But whenever anybody said, ‘You guys are working too hard,’ he’d reply, ‘No, we’re playing too hard.’

T!: And he obviously doesn’t need to make another penny.

SBC: He does it for the love.

T!: And for the love of the audience.

Sarah Blakley-Cartwright is a writer and editor living in New York. Her novel Alice Sadie Celine will be published in 2023 by Simon & Schuster.

Tabboo! (aka Stephen Tashjian) is a multidisciplinary artist and performer who is fascinated by celebrity, visual culture and the aesthetics of the everyday. Still lifes, cityscapes and portraits of friends populate his oeuvre, rendered sparkling and bittersweet with a striking honesty. Tabboo! is jointly represented by Gordon Robichaux and Karma in New York, which presented his most recent exhibition, in 2022.