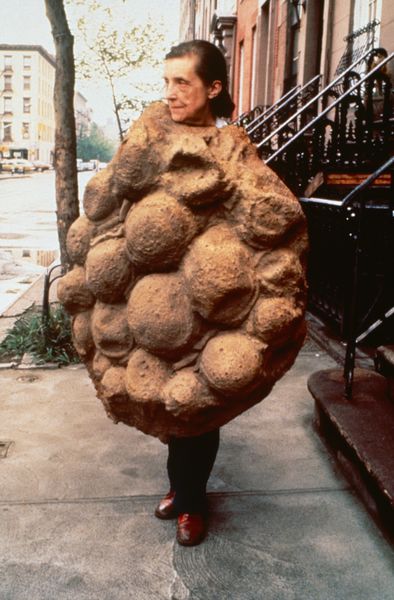 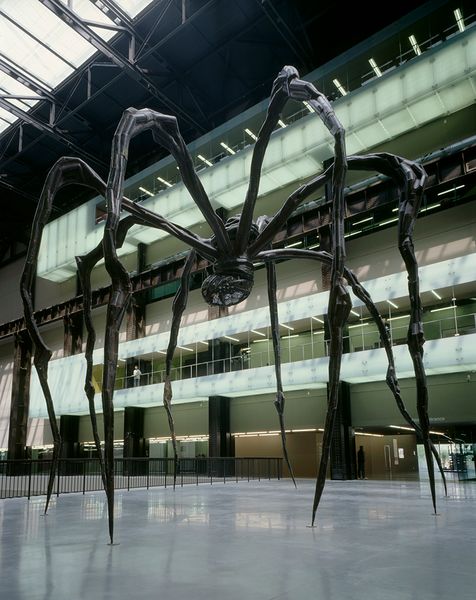 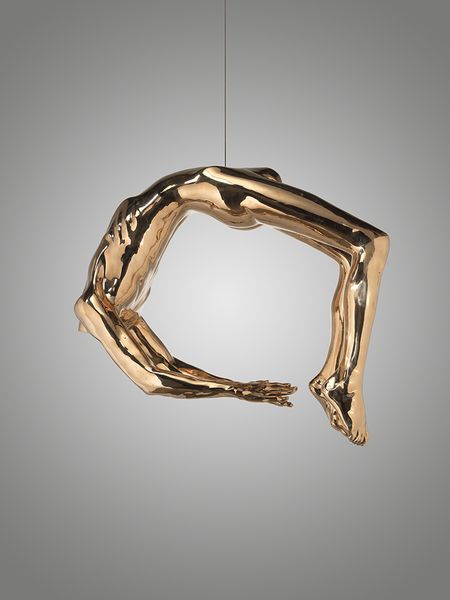 The motif of the uncut thread also references the prominence of fabric and sewing in the last fifteen years of Bourgeois’s life. Her fabric sculptures and drawings were made from the clothes, bedlinen, towels, and other textiles saved over the course of her long life, a fact that invests these works with a strong biographical and emotionally resonant note. Bourgeois was born into a family of tapestry restorers, and worked closely with tapestries as a youth.
Her iconic spider sculptures are representations of her mother, who was in charge of weaving and restoration at the workshop in France. Thus the eternal thread also stands for the umbilical cord that binds mother and child together. The spider creates its web, which is a living architecture, out of its own body, just as Bourgeois made her sculptural forms out of her own body. 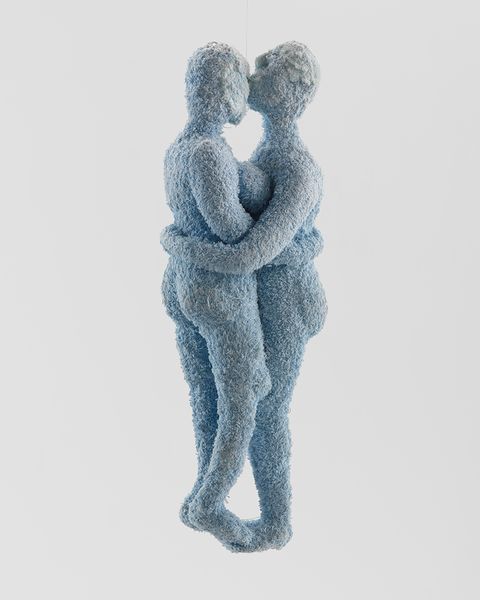 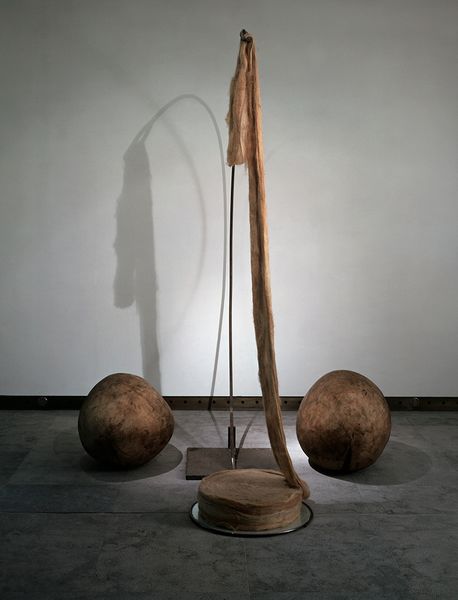 For Bourgeois, sewing, stitching, and joining are symbolic actions that enact her wish for reconciliation and reparation, even as they ward off her lifelong fear of separation and abandonment. Engraver, painter, sculptor, and installation artist, Bourgeois worked across different media throughout her life, and yet her output is rooted in a consistent set of emotional themes. Indeed, the eternal thread may be read as the realm of the unconscious, timeless and eternal, from which the multifarious and at times contradictory forms of her art emerge.
An in-depth publication—featuring the curator’s title essay, a preface by Ms. Wang Wei, founder of the Long Museum, a commissioned text from a leading Chinese critic or art historian, a selection of the artist’s writings, and a full-colour plate section—will accompany the exhibition published by Shanghai Fine Arts Publisher.
‘Louise Bourgeois: The Eternal Thread’ is organized by the Long Museum in collaboration with The Louise Bourgeois Studio and will continue to travel to Song Art Museum in March 2019.