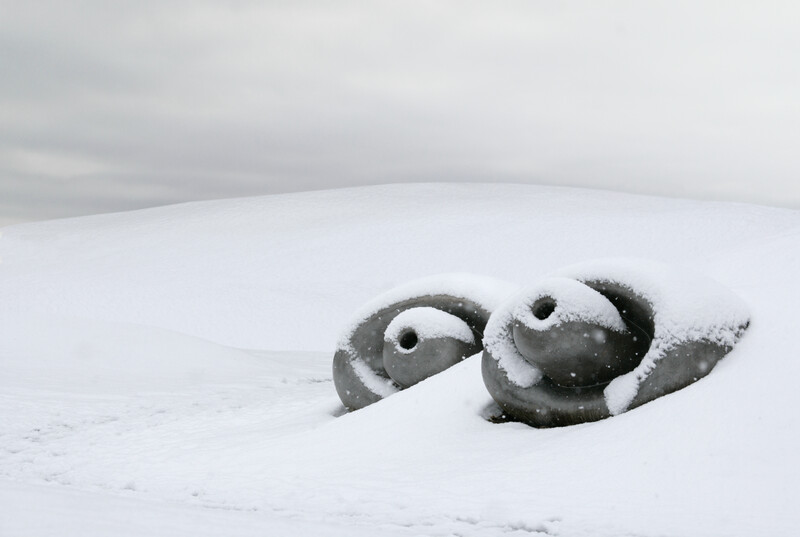 In accordance with recent government guidance, the gallery is temporarily closed until 28 February. Explore online now.

Would it be absurd to
say that strength (the one I
work so much on acquiring) is
the competence of the heart
—Louise Bourgeois, loose sheet, c. 1955

This winter, Hauser & Wirth brings the work of one of the most celebrated artists of the 20th Century, Louise Bourgeois, to the Swiss Alps. Available to experience at the exhibition space Tarmak22 in Gstaad and online, the exhibition takes its title from Blaise Pascal’s well-known phrase: ‘the heart has its reasons of which reason knows nothing.’ Bourgeois studied mathematics and philosophy at the Sorbonne, Paris, and wrote her thesis on Pascal; but the death of her mother in 1932 eventually led her to abandon these studies and turn to art making. Yet she remained a Pascalian, so to speak, in her belief that there is something in our emotional and psychological experience of the Other that eludes, or transcends, rational explanation. For Bourgeois, this relationship to the Other is a complex arrangement, and a world in itself.

‘The Heart Has Its Reasons’ features a selection of important sculptures and drawings from the artist’s oeuvre spanning from 1949 until 2009, and explores themes central to her practice. The motifs that unify the presentation (the couple, the paired form, the house, the bed, landscape, and human anatomy) are grounded in the dynamic interplay between the binary oppositions—mind and body, geometric and organic, male and female, conscious and unconscious—that animate Bourgeois’ work as a whole. Above all, this exhibition speaks about Bourgeois’ need for love, the ‘polar star’ she could not live without.

In one of the landmark sculptures in the presentation, ‘The Couple’ (2007-2009), the hair of the female figure is transformed into an eccentric spiral form that binds her together with the male figure. That the sculpture hangs from a single point expresses the fragility and precariousness of the relationship. The tight coils of the enveloping spiral are aimed at warding off the fear of separation and abandonment. The motif of the house in Bourgeois’ work is similarly double-sided. In the two nest-like hanging Lairs (1962; 1986-2000), it is a metaphor for retreat and withdrawal, while the house that sits on one of the cast arms in ‘Untitled No. 7’ (1993) represents an ideal of repose, safety, and the happy couple.

The sound of a pebble falling into the black
and distant water of a well.
the unconscious memories that are reborn

The exhibition coincides with ‘Louise Bourgeois. To Unravel a Torment’ at the Serralves Museum, Porto, Portugal, on view from 3 December 2020 to 27 June 2021. Forthcoming projects include the upcoming exhibition ‘Louise Bourgeois, Freud’s Daughter’ opening next spring at The Jewish Museum in New York, NY, curated by Philip Larratt-Smith. 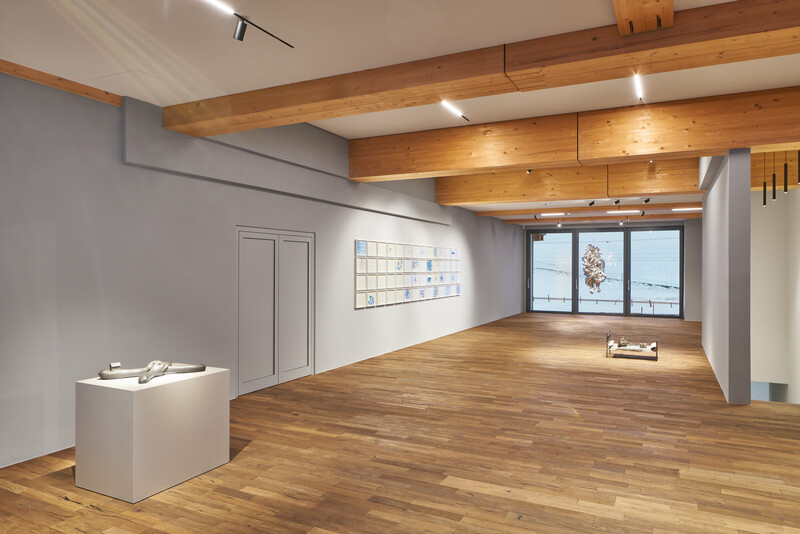 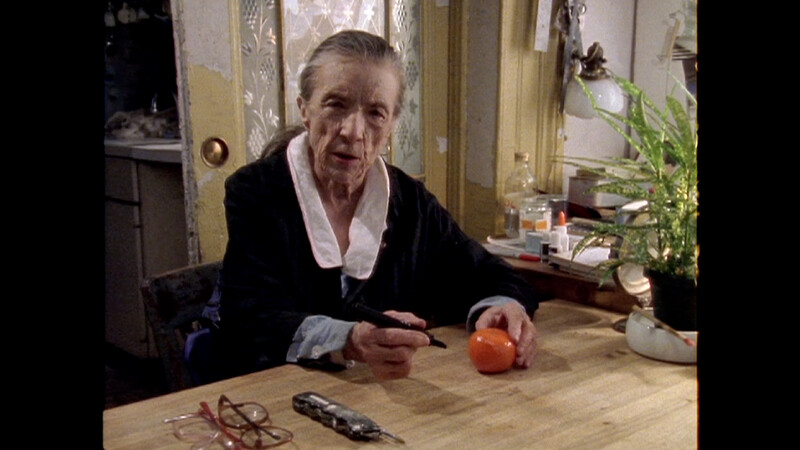