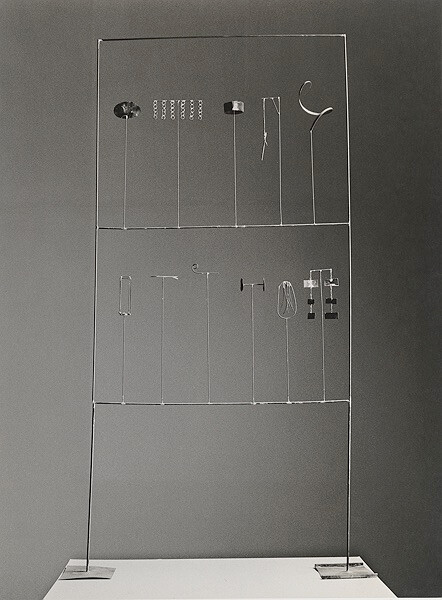 On the occasion of ‘Fausto Melotti. Theatre’ at Hauser & Wirth London, exhibition curator Saim Demircan spoke about Melotti’s work with Eva Fabbris, who co-curated with Cristiano Raimondi an exhibition on the artist at Villa Paloma, Nouveau Musée National de Monaco, in 2015–16. The two discuss the importance of reproductions for Melotti, particularly in the pages of the influential architecture, design, and art magazine ‘Domus’ and in the photographs of Ugo Mulas. Mirroring the four-decade scope of the exhibition, their conversation tracks several important moments in the trajectory of Melotti’s career—the mid-1930s, the years immediately following World War II, the early ’60s, and the early ’70s—focusing on the unique position Melotti’s art occupied between art and design, self-contained sculpture and immersive environment.

Saim Demircan: Maybe we could start with ‘Domus’ and how Melotti met the Pontis. Gio Ponti founded the magazine in 1928, didn’t he? And then Melotti—when did they meet one another?

Eva Fabbris: Yes, Gio Ponti founded ‘Domus’ in ’28. He and Melotti met in 1930, when Ponti hired Melotti as a draughtsman-designer at the ceramics manufactory Richard Ginori. Ponti was chief editor of ‘Domus’ for 12 years, and then he left. He came back in 1948, bringing his daughter Lisa with him as managing editor. 1948 was also the moment in which you have the first article on Melotti in the pages of ‘Domus,’ a recollection of a visit to his studio. Melotti then became a regular presence on the pages of the magazine, showing there these ‘entities’ he was working on in that period, which no one could decide how to define as artworks. What is interesting to me is that this coincided with a moment when Melotti’s work wasn’t being exhibited.

His last solo exhibition (which was also his first one) was before World War II at Galleria Il Milione in 1935, where he was proposing his own version of abstract sculpture based on the idea of rhythm—which is something we will find again in his linear sculpture from the late ’60s on. They often recall musical writing. You can tell, looking at these early pieces, that they have to do with music and rhythm, or with mathematics, if you prefer. And to Melotti’s great disappointment, the show was poorly received. His career wasn’t going badly after the show—he received prizes inside and outside of Italy—but it’s clear from his notes before and after the show that he was sure he was proposing something extremely new and coherent, but that no one really understood.

SD: Living through World War II must have affected his work.

EF: There is this little booklet Melotti published with a very fine editor, Vanni Scheiwiller, titled ‘Il triste Minotauro [The Sad Minotaur],’ which has notes about how awful the experience of the war was for him. He was morally devastated, but, in the words of Lisa Ponti, he couldn’t really keep his hands far from the materials.

He had a good career before the war, but afterwards, he did not immediately resume making art that was recognizable as sculptures or drawing. He wasn’t part of the group who said, ‘Hey, we’re back. We are all restarting,’ but he was producing.

‘‘Domus’ entered the studio and made what was happening there public. They shared the secret.’—Saim Demircan 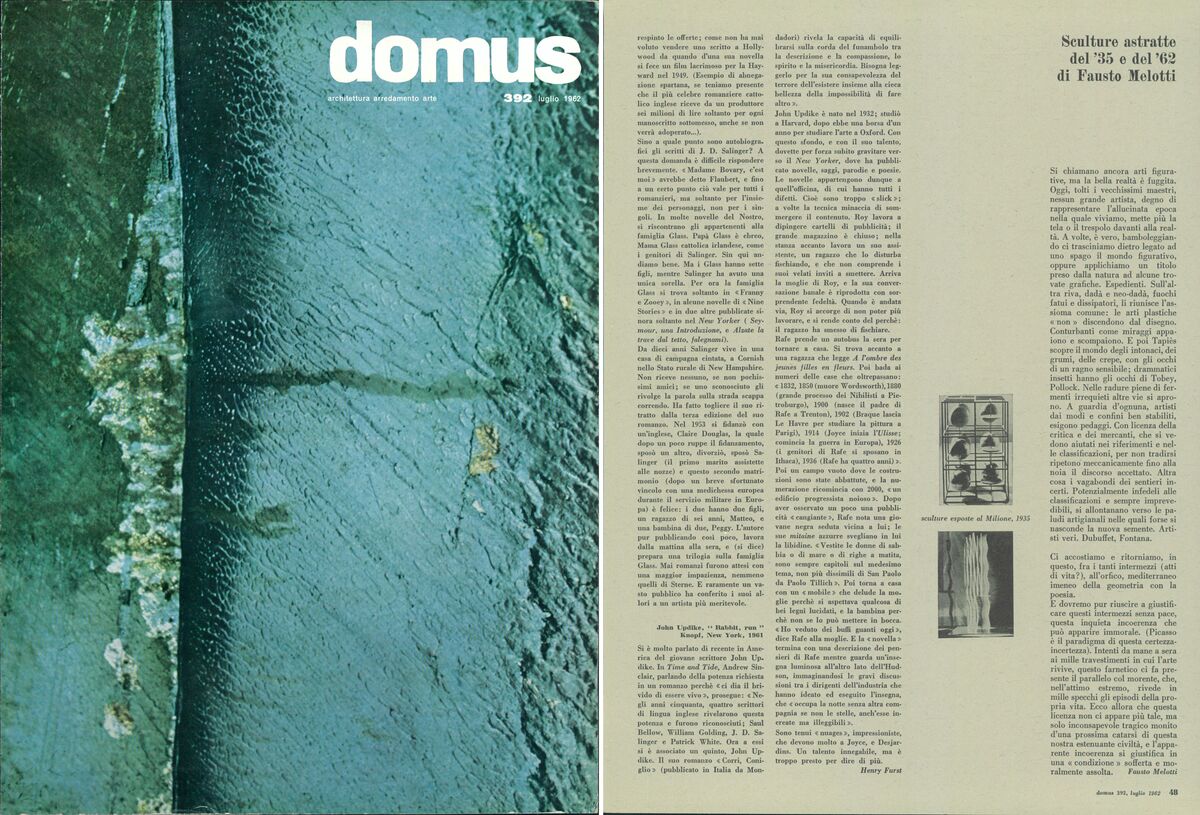 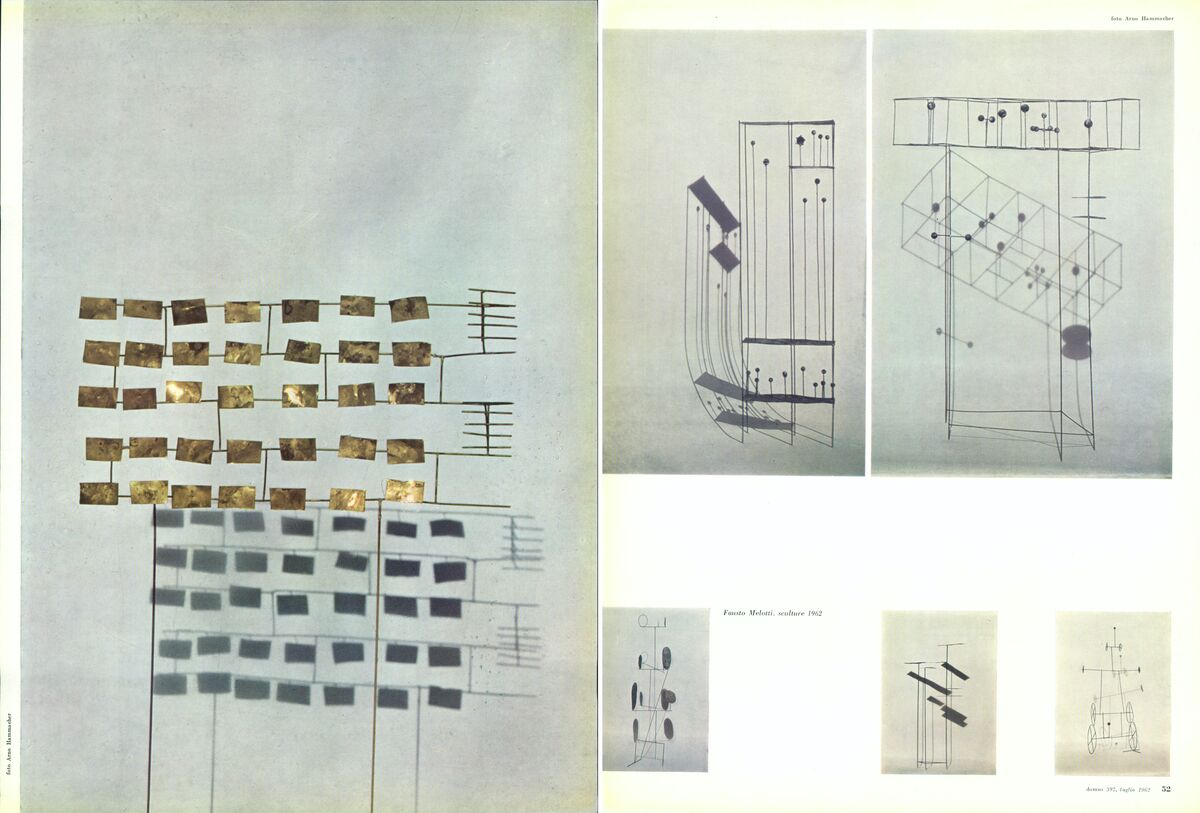 SD: How would you characterize what Melotti was making at that time?

EF: Melotti was making functional items, like his tiles and plates. Entering the world of function was an escape from the classical labeling of the art system. We don’t need to idealize him for this choice: he was selling the tiles he made, and they were among the most beautiful tiles one could buy. Melotti was a very Milanese figure. If you think of Milanese sculptors—even young artists nowadays—they’re still fascinated with not defining what they do as design or as art. It’s a predominant characteristic of the culture produced in the city. This is not the total Gesamtkunstwerk in a German way. It’s more playful: why do I have to decide whether it’s a mug or a sculpture? And Gio Ponti was really the pope of this interdisciplinary crossing.

SD: This Milanese sensibility of dissolving the distinction between art and design is fascinating. Where do you think that comes from—even, as you say, with younger artists now?

EF: In Italy, we are continuously confronted with art that is functional. The first examples are churches and sculptures—it’s very natural for us to see the continuity between art and function and not to distinguish them. There’s also a sociological part specific to Milan. In Italy, people move there to work—that’s a cliched way to see it, but it’s also extremely true. It is a city where there is a strong push for everything to manifest itself for a specific function. It’s really Milanese to spend years understanding the best possible shape for a functional object but also the limits of the function.

‘In his article, Melotti was saying ‘I’m still here. It’s still the same thing’ . . . We like to follow the arrow of time, but sometimes we know it follows a circular movement.’—Eva Fabbris 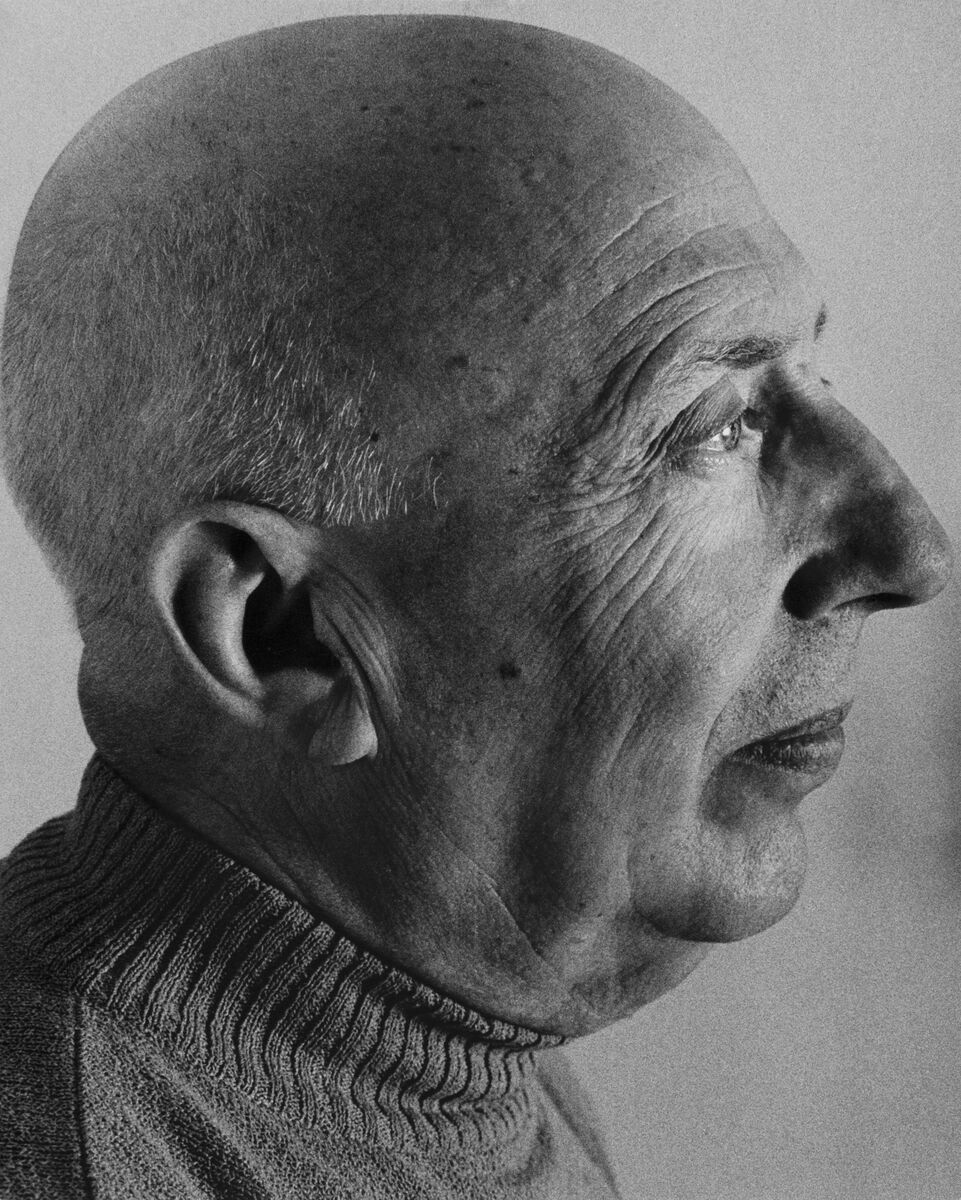 SD: Melotti did eventually return to sculpture, though. How was this story told through ‘Domus’?

EF: In 1948, the magazine published the first in a series of four or five reflections, probably all written by Lisa Ponti—some of them are signed, some are not—on visiting Melotti’s studio, regularly documenting what’s happening. Then in ’62, Melotti writes his own piece, ‘Abstract Sculptures of ’35 and ’62,’ explaining why he took this break from making more recognizable art. He illustrates this confession with images of new sculptures—that are clearly sculptures—together with pieces from his very first show of ceramics in the ’30s.

Your show reminded me of this article. I was fascinated by how free you felt to explore different periods of time in Melotti’s work, and I think the result is really coherent. In his article, Melotti was saying ‘I’m still here. It’s still the same thing,’ and your show does the same. We like to follow the arrow of time, but sometimes we know it follows a circular movement.

SD: So ‘Domus’ really helped Melotti catch up with himself. It provided a window on his work that helped encourage him to make it public when he was ready to. ‘Domus’ entered the studio and made what was happening there public. They shared the secret.

SD: But, as you point out, Melotti was not exhibiting his work then. It was in the pages of the magazine, so photography played an important role. Do you think that his relationship with photography was encouraged through ‘Domus’?

EF: I would say so. If you decide to only show your work through photographs, you have to question how to photograph your sculpture. That article ‘Abstract Sculptures of ’35 and ’62’ is the first time Melotti is making his new sculptural work appear to the public. He wants the article to be a good document, a description of what his sculptures are. It’s him coming back as a sculptor. But the images are almost over-composed by the photographer, Arno Hammacher. If you compare them to later photographs of Melotti’s sculpture by Ugo Mulas, the latter are so straight to the point and focused.

‘With Mulas, what’s fantastic about these photos is that you get a real sense of the sculpture, of the three dimensionality and atmosphere. You almost get a sculptural experience through the photographs.’—Saim Demircan 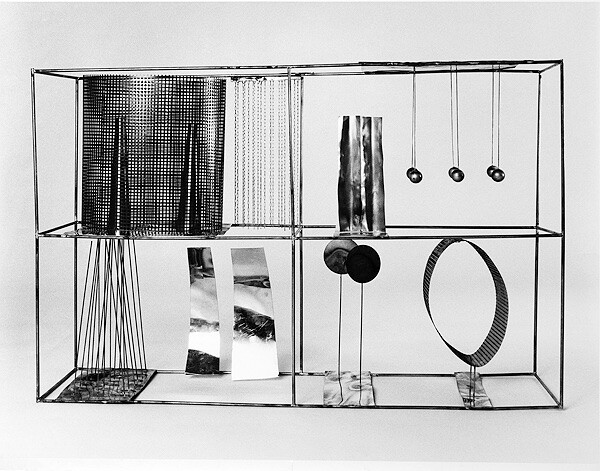 SD: When did Mulas come on the scene? How did he and Melotti meet?

EF: There’s no exact date—in interviews, Melina Mulas, one of Mulas’ daughters, says it was in the early to mid-’60s. But the year that was fundamental for their relationship was ’71, when ‘Restless Space’ was published by Einaudi. This book, with photographs of Melotti’s sculptures by Mulas, also had texts by Italo Calvino and the fantastic art critic Paolo Fossati. Melotti had been in search of a photographic eye for his sculptures and Mulas was the poet, the one who portrayed them in a special way.

Mulas had already taken many photographs of Alexander Calder’s work—they were very close—so he was aware of how to photograph sculptures with both thinner and flatter elements. He was fascinated by this idea of translating a very specific kind of three dimensionality that occupies space in a very subtle way. Unlike the photographs in the article from ’62, where the background is visible, Mulas wanted to create an abstract environment. He considered the sculptures as the environment themselves, which is also what Calvino theorizes in that very same book. 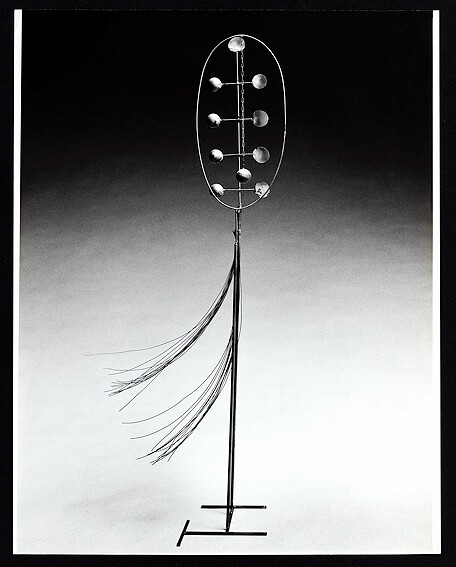 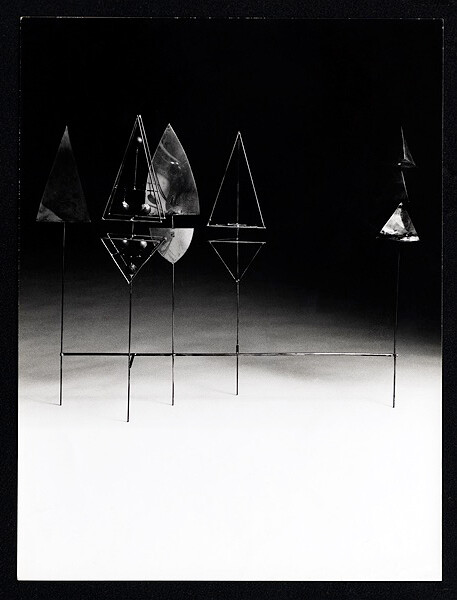 SD: You can imagine some of Mulas’ photos, such as ‘Infinito (1969),’ from 1969/1971, in the pages of Italian Vogue, they’re so beautifully choreographed. They almost comment on photography at the same time as they comment on the sculptures.

EF: Mulas’ photographs were portraits—I have no doubt they are artworks, portraying other artworks, but it’s an act of interpretation. It’s an act of resizing, of illuminating, of creating a tactile sense. The photograph tells you, ‘He’s the sculptor, and I’m the photographer, and here we are confronting our own practice.’

SD: Melotti is, on the one hand, very dedicated to being an artist and very learned, deeply immersed in his work. On the other hand, he’s seeing his work through the eyes of other people—through the eyes of ‘Domus,’ through the eyes of Mulas—and then these things really become collaborations, the product of shared sensibilities between artists, designers, photographers, anyone who has a creative practice. With Mulas, what’s fantastic about these photos is that you get a real sense of the sculpture, of the three dimensionality and atmosphere. You almost get a sculptural experience through the photographs.

Saim Demircan, Aaron Angell and Allison Katz will participate in a panel discussion around Melotti and theatrically at Hauser & Wirth London, 23 March 2022.