A pictorial look back at a public uproar, Italian style, starring Piero Manzoni and a collection of infamous cans 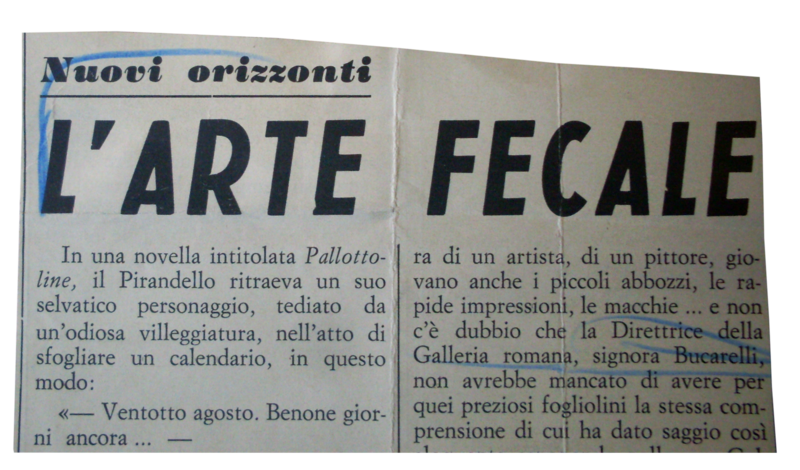 For at least the last century, a special sub-category of newspaper headline has flourished, to which a graphically dazzling historical exhibition could be mounted, if one hasn’t been already: the morally offended art-outrage headline. Featured in the show would be gems of the genre such as:

‘Rude Descending a Staircase (Rush-Hour at the Subway).’ (The New York Evening Sun, March 20, 1913, on the occasion of the Armory Show and Duchamp’s Cubist affront.)

‘What a Load of Rubbish: How the Tate Dropped 120 Bricks’ (The Daily Mirror, February 1976, in response to the Tate’s acquisition of Carl Andre’s ‘Equivalent VIII,’ a floor sculpture made of 120 unadorned fire bricks arranged in a rectangle.)

‘IS THIS ART? BUTCHERED ANIMALS, A DUNG-SMEARED VIRGIN MARY AND GIANT GENITALIA SPARK OUTRAGE AT THE BROOKLYN MUSEUM.’ (The New York Post on the ‘Sensation’ exhibition of Young British Artists in 1999.)

In 1971, Italian headline writers were treated to a rare opportunity to combine this kind of enduring aesthetic indignity with all-out scatological humor: A retrospective at the National Gallery of Modern Art in Rome of the work of Piero Manzoni (1933–1963), including examples of his 1961 landmark work ‘Merda d’Artista,’ which—among Manzoni’s other witty, impish, conceptually groundbreaking pieces—seemed simply a bridge too far for most local art pundits.

In lieu of an exhibition, below is a portfolio sampling of the best screaming headlines from the uproar that ensued, a political and legal fight that landed the museum’s director, Palma Bucarelli, in court, charged with criminal embezzlement for having used public funds for such impudent work. (She was eventually acquitted.) Also featured here is a new documentary short produced by Fondazione Piero Manzoni about the 1971 episode, which has taken its place among the pivotal moments when a work changed art history—and infuriated the masses. 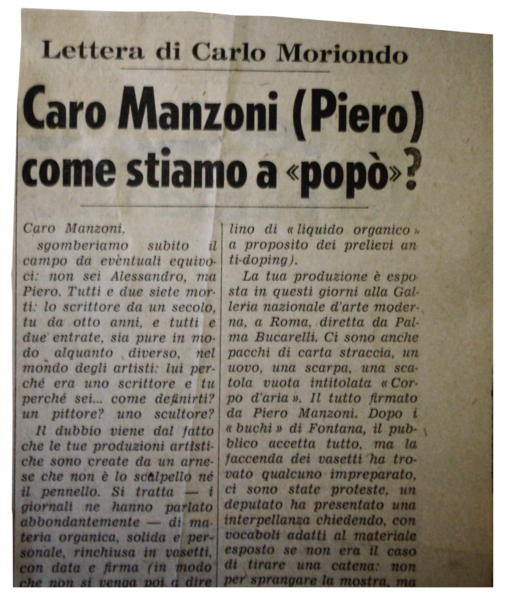 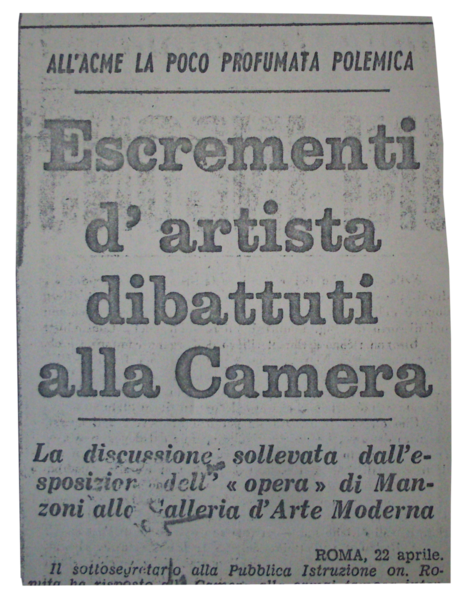 Artist’s excrement debated in the chamber 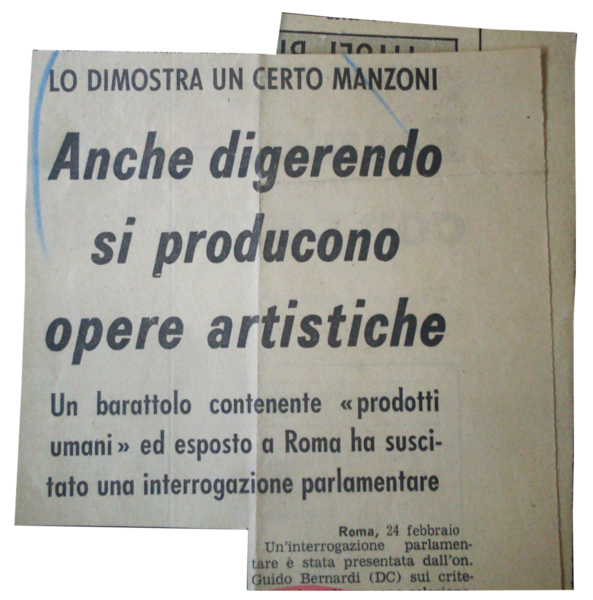 Even digestion produces works of art 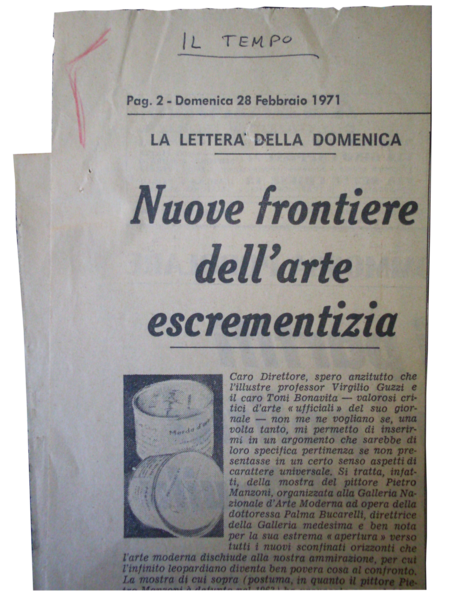 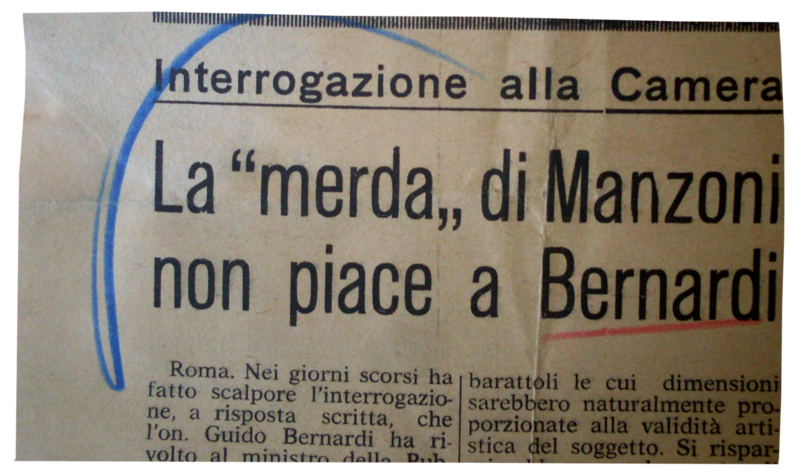 Bernardi not taken with Manzoni’s ‘shit’ 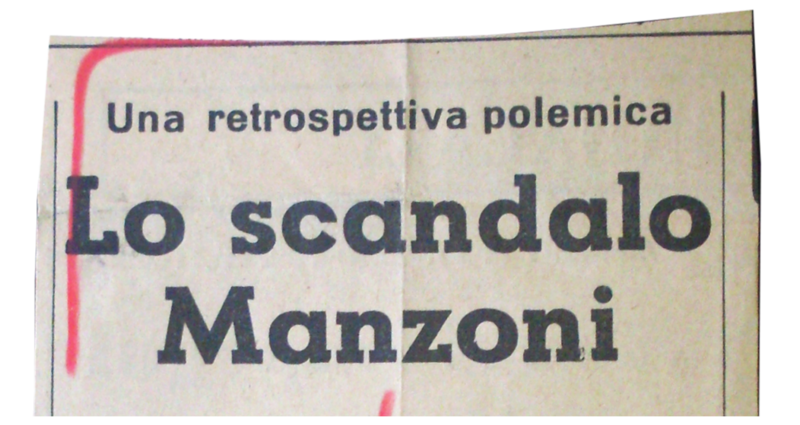 Learn more about ‘Merda d’artista’ on the Piero Manzoni Foundation website created for the 60th anniversary of the artwork.