In a new recurring feature, ‘Ursula’ looks at the physical matter of
art-making 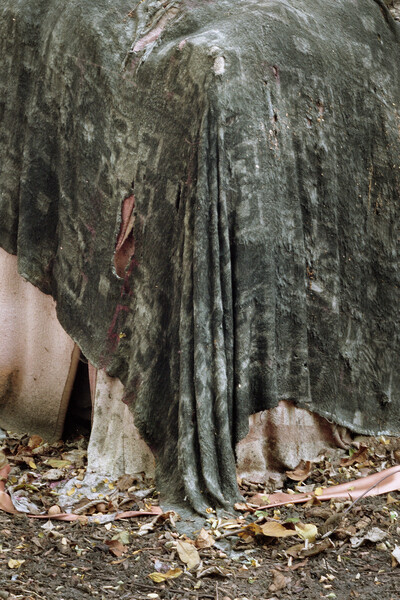 ‘Was there ever anything that came so close to the real?’ the 16th century Neapolitan poet Giambattista Marino asked once in a poem about a wax bust of Cardinal Odoardo Farnese, the great art patron.

Wax’s visual, tactile and ephemeral affinities with flesh have long been central in the artist Berlinde De Bruyckere’s sculptural universe. Recently, her exercises with the material culminated in ‘Anderlecht’ (2018) and ‘Nijvel’ (2019), two series of sculptures consisting of casts of flattened animal hides piled high on bronze casts of wooden pallets. Like her earlier wax casts, ‘Anderlecht’ and ‘Nijvel’ involve mimetic reconstructions of real objects, but they further De Bruyckere’s shift in recent years from the figural toward a kind of abstraction evocative of natural, elemental processes largely divorced from human intervention—growth, abundance, accumulation, decomposition, entropy, decay. 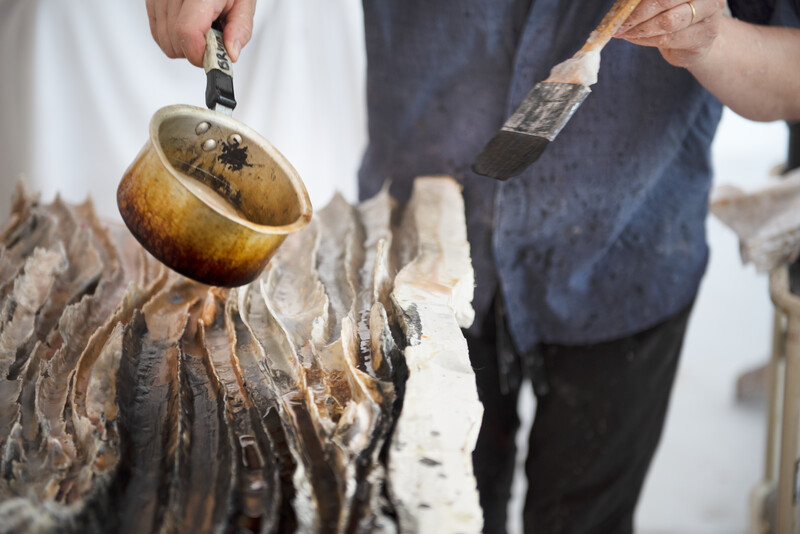 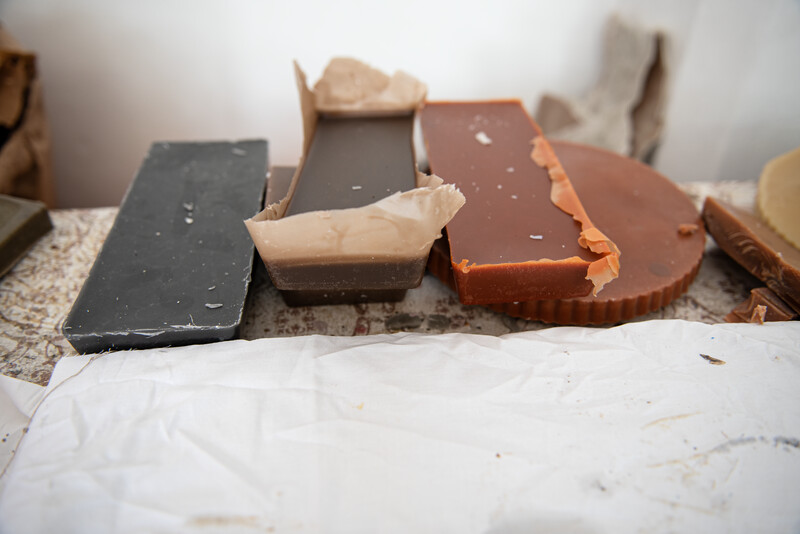 The casting procedure of ‘Anderlecht’ and ‘Nijvel’ begins with a variety of colored wax blocks heated until liquified. The palette-like spectrum of the blocks recalls paint, and the process of inserting the colored layers of wax into silicone molds reads almost as an act of blind painting rather than object making. But once the wax cools, solidifying yet still malleable, it reenters the domain of sculptural manipulation, simultaneously animating and fossilizing it.

De Bruyckere’s use of blankets, which entered her work more than two decades ago, involves a version of the real related to wax’s aura of flesh. But blankets, in particular ones that have clearly been used, add a dimension of human narrative that exceeds verisimilitude. Prior to their inclusion in her pieces, the blankets, bought from secondhand stores, were objects with use value. As such, they are imbued with history, with the imprints of former lives. In the series ‘Courtyard Tales’ (2017–18), the most recent example of De Bruyckere’s work with woolen blankets, she adds elements of time, chance and exposure to the narrative, leaving blankets in the open air for extended periods, subjecting them to sunlight, rain, insects and mold. Hung vertically on the walls like paintings, the threadbare fabrics return from the outdoors like something flayed, creating a sense of embodiment by way of negation and also suggesting a contemporary, secular version of the Veil of Veronica, the ghostly traces that time and the human body leave on the materials of humanity.