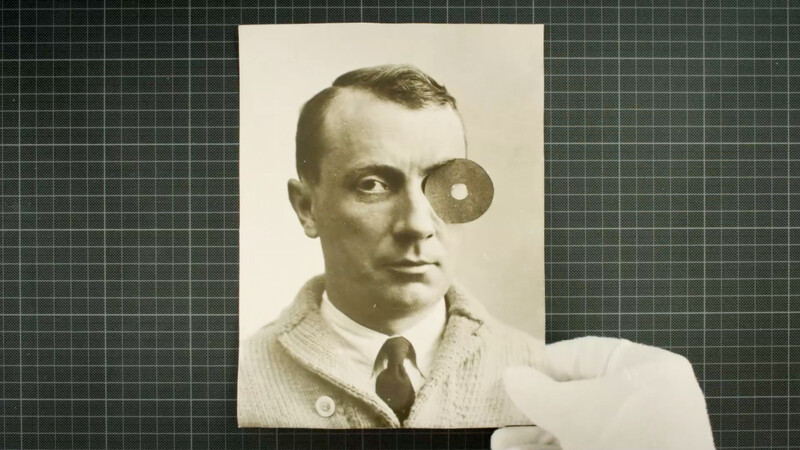 Entering the world in the historically contested region of Alsace—bordered by France, Germany and Switzerland—Arp’s hybrid cultural identity was formed during a long period of fraught nationalism. Arp refused to confine himself to a single language, national identity, artistic movement, or material. Arp was intent on transcending boundaries, creating poetry in German and French, as well as prints, books, drawings, fabric works, collages, wood reliefs, and sculpture.
When World War I broke out in August 1914, Arp was living in Paris. He went into exile in neutral Switzerland where he became a founding member of the radical Dada movement in Zurich in 1916, along with Hugo Ball, Richard Huelsenbeck, and Tristan Tzara. It was here that he met fellow artist and his future wife, Sophie Taeuber. Her geometric works and their artistic collaboration had an important influence on Arp’s artistic development. Together they experimented with new materials and formats, refusing existing hierarchies of genres. 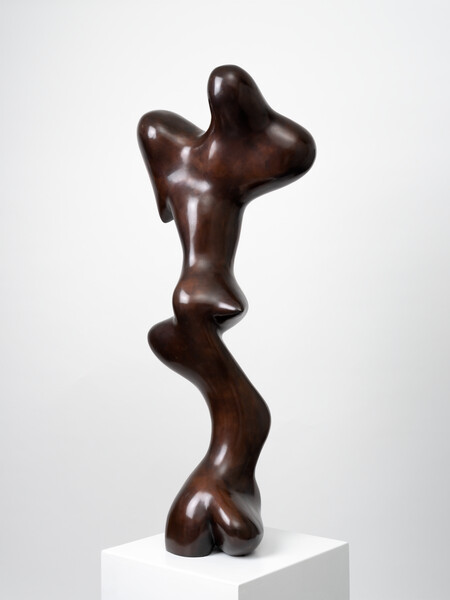 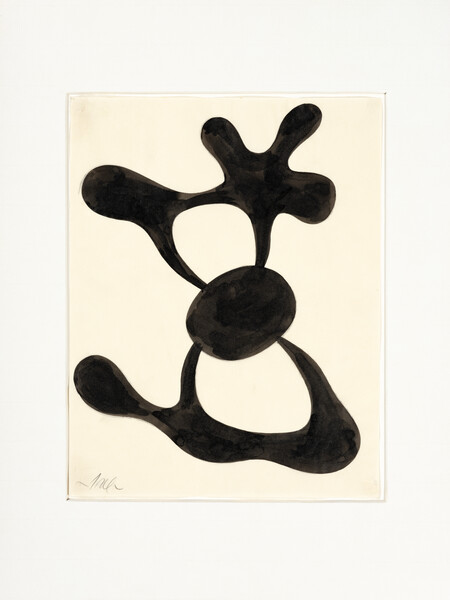 It was during this early Dada period in Switzerland that Arp’s visits to Lago Maggiore became crucial to his artistic development and interest in nature, as he recalls later: ‘…I did Indian ink drawings of broken branches, roots, grass, and stones that the lake had thrown up on the shore. Finally, I simplified these forms and united their essences in fluid ovals, symbols of the metamorphosis and development of bodies.’
Arp started to create his own visual language. He refined and developed this language in the following years, living in France and Switzerland. Instead of imitating nature, Arp looked for creative strategies similar to the processes of nature. Focusing his attention on everyday objects, in the 1920s Arp created an ‘object language’ using a vocabulary of simple, reduced forms of bottles, forks, knives, clocks, ties, mustaches, lips, breasts and eggs which he placed in absurd juxtapositions on irregular backgrounds.
In around 1930 Arp turned to sculpture—transforming the flat, biomorphic shapes of his earlier reliefs into fully-fledged sculptural creations. Arp arrived at a language of organic forms that would serve as the origin of his art for the remaining three decades of his career. In an act of continuous metamorphosis that echoes the generative processes of nature itself, Arp developed elemental motifs over and over in various media and new configurations.
In 1954, Arp was awarded the Grand Prize for Sculpture at the Venice Biennale. In 1958, the first Arp retrospective was held at the Museum of Modern Art in New York. Arp’s work has influenced artists over generations and his works can be found in museum collections and public spaces worldwide. At the forefront of the 20th-century avant garde, associated strongly with Surrealism and the international Dada movement, Arp is one of the most important and multifaceted artists of the modern era.
–
‘Arp: Master of 20th Century Sculpture’ is on view at Hauser & Wirth Hong Kong, 4 September – 9 November 2019.
Catherine Craft is curator at the Nasher Sculpture Center in Dallas, Texas. She is a scholar and author of books on Robert Rauschenberg and the influence of Dada. Craft curated ‘The Nature of Arp’ at the Nasher Sculpture Center, which traveled to Peggy Guggenheim Collection in Venice.
Arie Hartog is an academic and co-author of ‘Hans Arp: Sculptures: A Critical Survey’. He is the Director of the Gerhard-Marcks-Haus in Bremen, Germany.
Loretta Würtenberger is co-founder of The Institute for Artists’ Estates, where she has worked with Stiftung Arp since the beginning. She is an author, collector, and in 2007 founded the Contemporary Arts Alliance, a nonprofit organization supporting young artists who live and work in Berlin.