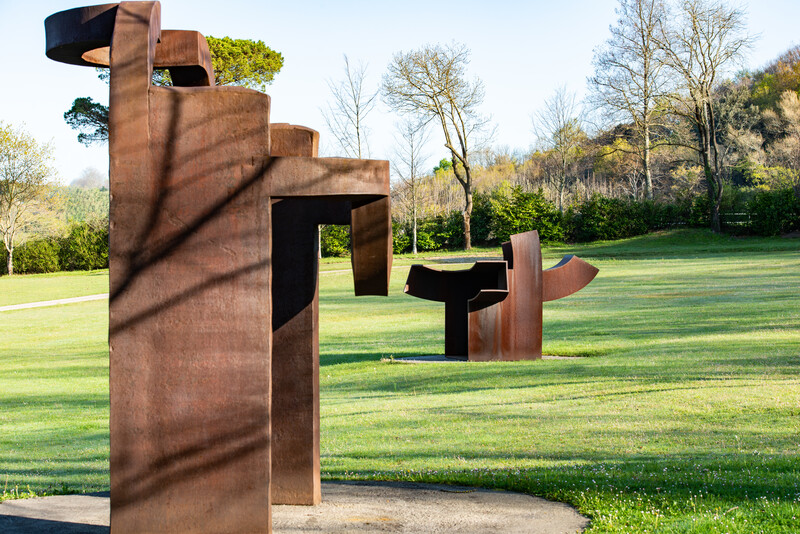 Susie Guzman: Ignacio, we are sitting here in the heart of Chillida Leku. Can you tell me about where we are and what it meant to your father?
Ignacio Chillida: We ﬁnd ourselves in a place named Zabalaga, built in 1592. This Caserio, (which means ‘farmhouse’) is, along with the prairie and the woods, the place where Eduardo foresaw the possibility of realizing his utopian idea of having a place to live with his sculptures. This idea of ‘place,’ he called ‘Leku.’ The three parts make up Chillida Leku.
SG: Do you have special memories of this place?
IC: This is the place where my father, as an artist, was full of happiness. He came everyday with our mother, Pili, to walk the site and observe how it found its meaning and its form throughout the years. I personally remember him moving among the sculptures. He had a peculiar way of moving that showed an enormous elegance and interior composure.
SG: Which do you think were Eduardo’s main concerns in his life?
IC: As with most human beings, he dedicated his life to pursuing what he ‘unreachable limits;’ and, of course, equally important if not more, he dedicated his life to his family. He was a good man through and through; an incredible husband and father, a remarkable human being, and a tireless artist. 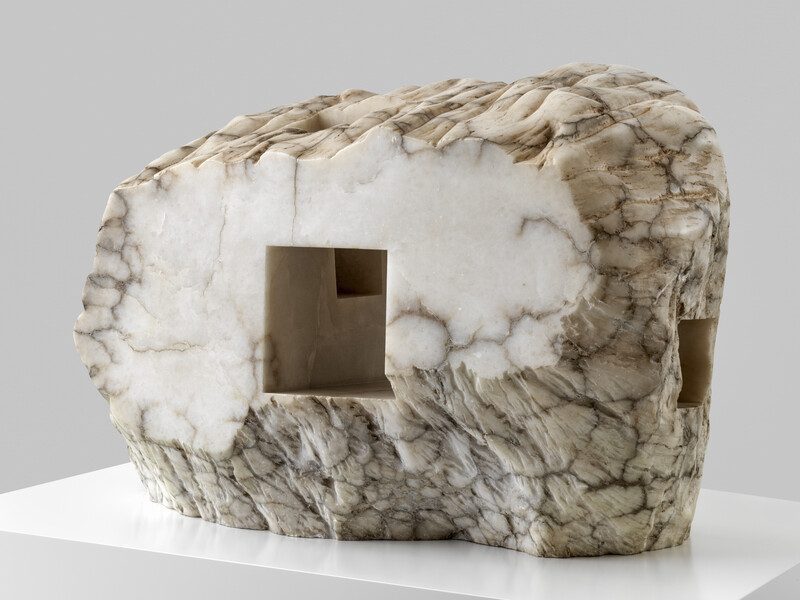 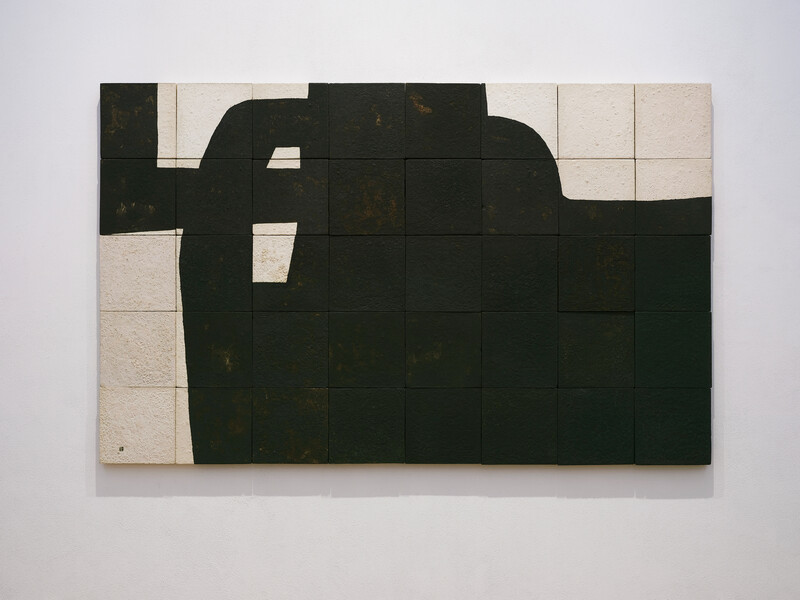 SG: Why were homages and eulogies so important for Eduardo? Such as his ‘Homenaje a Braque (Homage to Braque)’; ‘Homenaje a Goethe V (Homage to Goethe V)’; ‘Homenaje a Brancusi (Homage to Brancusi)’; ‘Elogio de la Luz XX (In Praise of the Light XX)’; ‘Elogio del Agua (In Praise of Water)’.
IC: Eduardo made many homages and eulogies throughout his career. You could say they were simple ways of showing gratefulness to all of those men and women he had learned so much from. Eduardo was constantly reading poetry, he was interested in religion and spirituality, music, and philosophy, but he was especially interested in people. He had great friendships throughout the years with the likes of Heidegger or Jorge Guillén, who so much inﬂuenced his work. Most homages refer to a person or a discipline, such as architecture. Eulogies include materials, such as space, time, water, and void. All his main subjects were turned into a eulogy. 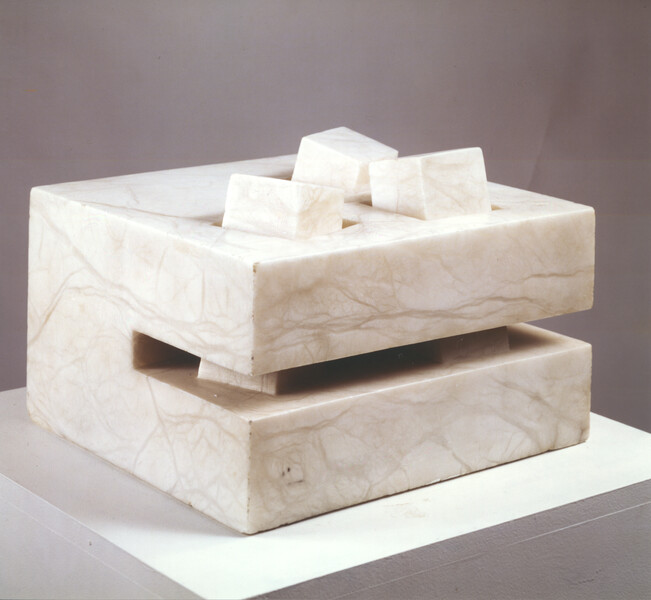 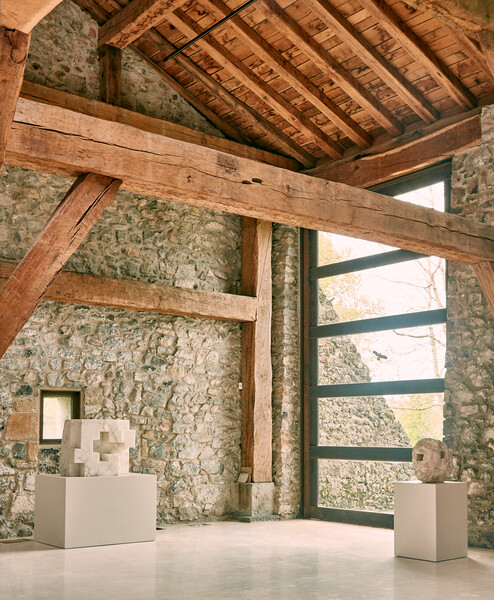 SG: What can you tell us about ‘Elogio de la Luz XX’ (1990)?
IC: As with most alabasters Eduardo created, that contains two of his major themes or concerns: architecture and light, and the void (emptiness). These are among the great questions his work dealt with until 1984, when he created ‘Mendi Huts I (Empty Mountain I)’ and suddenly had a dream about what he was trying to achieve: he would empty the inside of a mountain and open the top surface to the exterior to allow the light (sun and moon) to enter and create a work that would unite us all as human beings. We would realize our relative smallness in the immensity of the inside of the mountain.
SG: It is interesting how Eduardo made ‘Mendi Huts I’ (1984) in alabaster, a stone that forms after thousands of years of water ﬁltration and that needs to be dug out of the ground, way below surface.
IC: Yes, materials were everything to Eduardo. In particular, he chose alabaster for its translucent quality, and he found this material quite late in his career. ‘Homage to Kandinsky’ (1965) was his ﬁrst alabaster; almost 20 years later he made ‘Mendi Huts’ (1984) and the ‘Project for Tindaya’ was born.
SG: Unfortunately Eduardo died without seeing this project realized.
IC: Yes, it got complicated and my father ﬁnally died in 2002. He saw Project for ‘Tindaya’ as his gift to humanity, a place to unite us.
SG: Now that Chillida Leku is open again to the public, do you think about ‘Tindaya’?
IC: I always think about ‘Tindaya’. It’s a beautiful project and would have made Eduardo very happy. We always dream that one day it could be realized.
–
Chillida Leku reopened its doors on 17 April 2019, marking a new era for this important cultural site. Visit the museum website for more information and to book tickets.