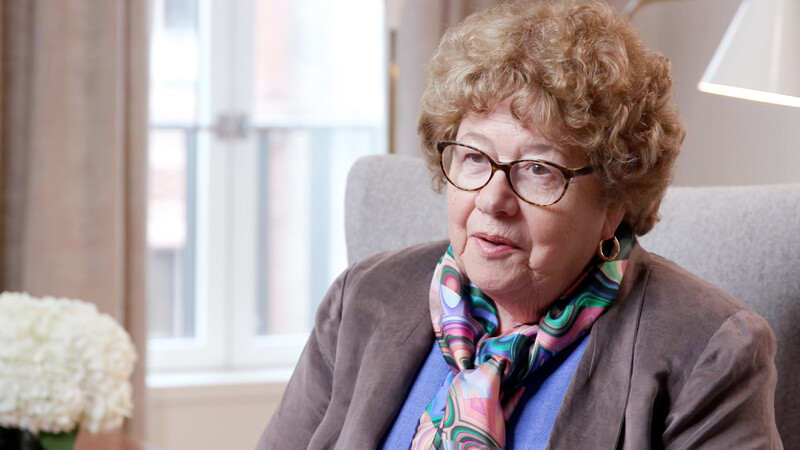 The last five years of Philip Guston’s life gave rise to some of his most complex and compelling pictures. ‘Crescent’, painted in 1976, is a portrait of Musa McKim, Guston’s wife, whom he began to paint with increasing frequency from the mid-1970s onwards.

Musa Mayer introduces the late work by her father. Rendered in Guston’s signature palette of flesh-pink, in ‘Crescent’ Musa peers over the horizon line, her wide-open eyes raised to the heavens. To the left of her we find a blue crescent moon and to the right the outline of a sun – symbolizing night and day, dark and light, life and death.
Musa Mayer observes in her memoir ‘Night Studio’, ‘The Musa in my father’s mind and heart – ‘his muse, his conscience’, as their friends said – was in some way, I suspect, as iconic as her image in his painting. She was, for him, an object of contemplation… He never seemed to exhaust the mystery of her sweetness, her silence. She was his lovely source. But whether this icon was meant to live and struggle with her own life, as an independent person, is much less clear.’