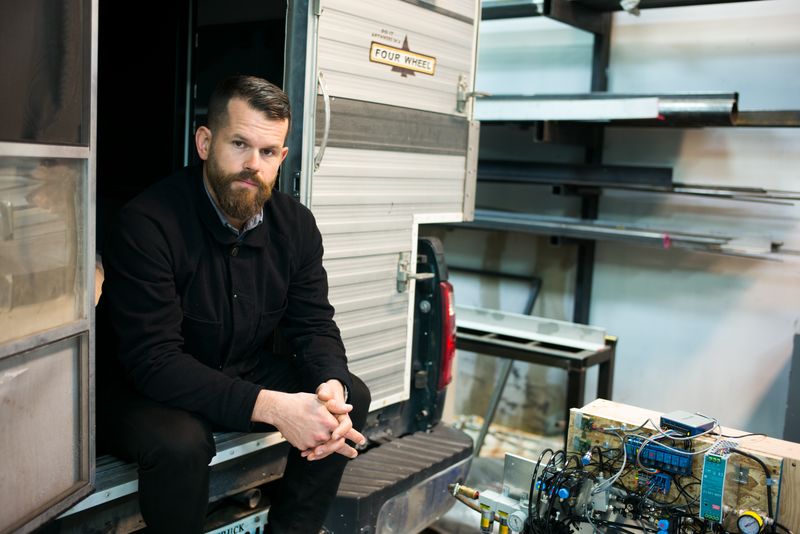 He was born in Panorama City, California, in 1974 and currently lives and works in Brooklyn, New York and Wilson, Wyoming. Since graduating with an MFA from Rutgers University in 2001, following his BFA from the University of Washington in Seattle, his numerous solo exhibitions have marked him out as one of the most inventive and thought-provoking artists of his generation.

Jackson’s artwork explores the relationship of the past to the present and the narrative of his identity within history. These investigations critique hegemonic power and it’s abuses through the use of disparate materials and methods of production. His work particularly addresses the myth of the American Dream, exploring the forces of creation, growth, transcendence and death through visions of its failed utopia. Individual sculptures and paintings interconnect with each other to create complex scenarios that revisit history and reassemble its narratives. His work is frequently monumental, imposing not only on a large scale physically but also conceptually, occupying an intellectual terrain that reaches from ancient history to Outer Space exploration and discovery.