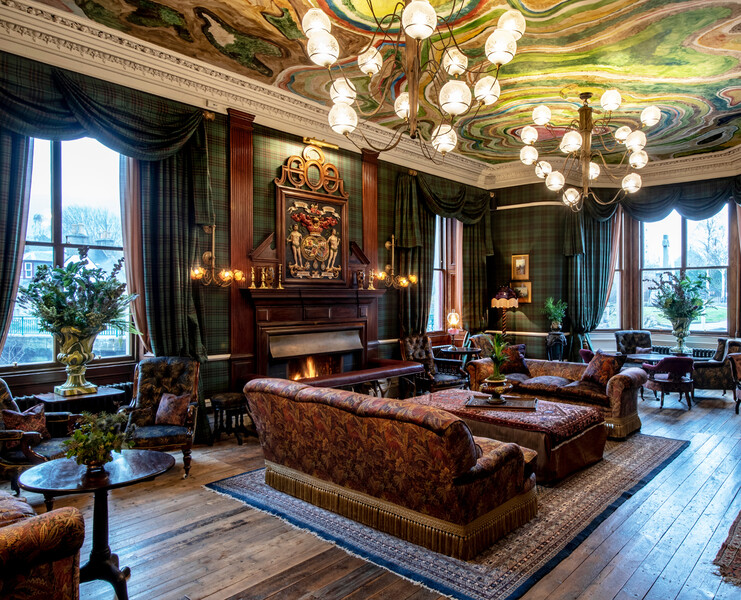 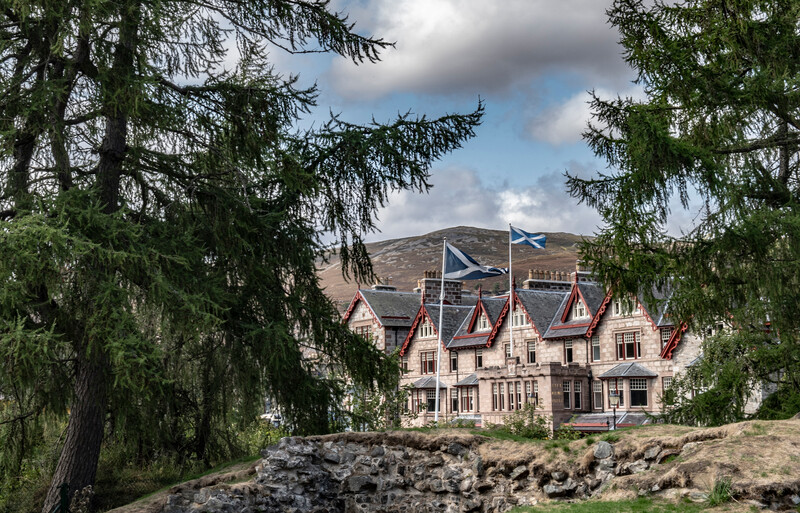 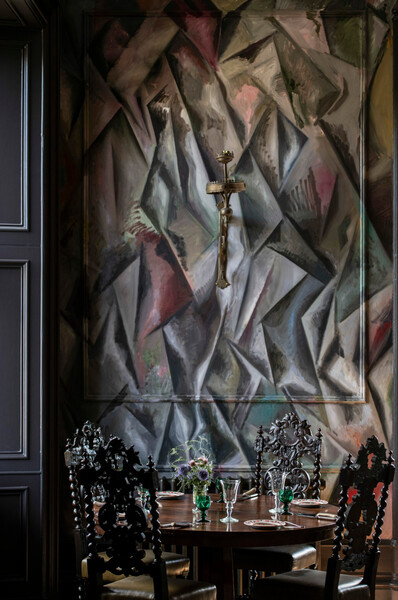 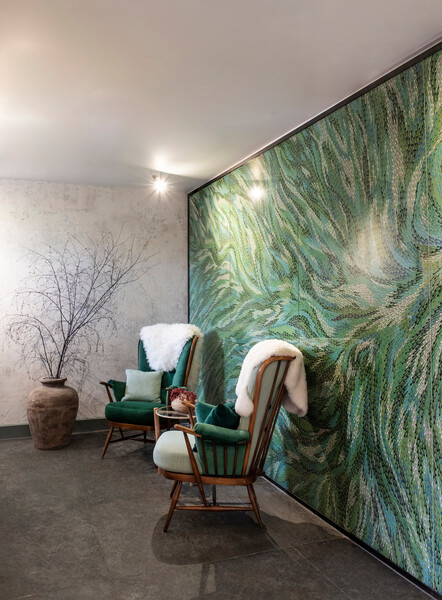 Bharti Kher’s triptych of installations titled ‘Cipher’ (2018), commissioned specifically for The Fife Arms, utilize bindis as their medium. The bindi is an iconic personal affect of Indian women and a loaded symbol. Kher explains: ‘Many people believe it’s a traditional symbol of marriage while others, in the West particularly, see it as a fashion accessory… But actually the bindi is meant to represent a third eye—one that forges a link between the real and the spiritual-conceptual worlds.’ These works speak of the part and the whole, the bindi is both the micro and macrocosm, spatial and bodily. The ‘Cipher’ works have the appearance of a vortex or time tunnel that you might climb into, equally you might imagine a womb or safe space. The spiral geometry, bearing in mind Kher’s interest in Eastern mythologies, is reminiscent of the quasi sacred geometry found in Buddhist motifs. Kher chose a rose-lilac, an Indian yellow and a moss lake green—colors that reference not only the green algae covering a water body in a South Indian temple that once bathed the goddess Kali, but a green fern of the Scottish moors. Equally they might evoke autumnal Scotland or the balmy seasons of the East.
–
Visit The Fife Arms to learn more about special commissions and other highlights from The Fife Arms collection.