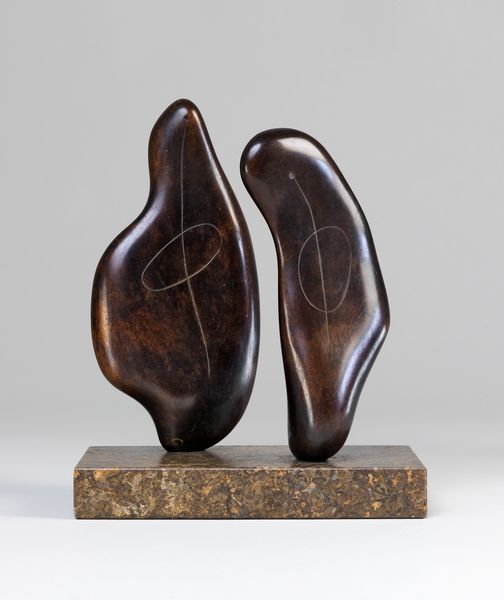 The last full-scale Henry Moore exhibition in London was held at the RA in 1988. Sadly, Moore died while it was in preparation.

Had he survived a little longer he would have been the first living artist ever to have occupied the whole of the RA’s magisterial main galleries, an extraordinary honour, perhaps the more so given that he had never become an Academician. He had however, accepted the Order of Merit in 1963, as well as becoming a Companion of Honour in 1955, and there is no doubt that by the last decade or so of his career Moore had become a cosy establishment figure who produced ‘respectful yawns in right-thinking partisans of avant-garde art,’ as one commentator put it.
Since then, we have all grown accustomed to seeing Moore’s decorous blobs adorning plazas, public buildings and landscapes. But it is worth reminding ourselves of how radical his early work was. His second solo show in London, at the Leicester Galleries in 1931, in which he unveiled his full strength as a sculptor, brought a storm of execration. He was accused of ‘revolting formlessness’ and of promoting ‘a cult of ugliness’ and, so dangerous was his influence deemed, he lost his teaching post at the Royal College of Art, where the head of Sculpture and the Old Students’ Association ganged up to force him out.
But the people who loathed his early work had good reason to, from their own point of view. They clearly sensed, and recoiled from, Moore’s willingness to deal with the darker forces of the human psyche, those of Eros and Thanatos – death and the erotic. They were also averse to his presentation of the human body as anxious, anguished and instinctual. Of course there were critics who understood and admired all this – the late David Sylvester for one – but I am nevertheless amazed and delighted that Tate Britain is now devoting a major exhibition to the early, subversive work of such a national treasure, although I am also tempted to ask, ‘What took you so long?’
In a compelling catalogue essay, the show’s curator Chris Stephens draws attention to Moore’s experiences as a soldier in the First World War, during which he survived a gas attack, and by the end was one of only 52 left alive from his battalion of 400. Moore’s subsequent work, he argues, ‘spoke of and to the crisis of civilisation that was felt to have followed the War,’ as well as being ‘close to the fresh ideas of the body and sex supported by the new vogue for psychoanalysis.’ All this indeed comes out in sculpture after sculpture in which Moore tapped the depths of his unconscious, and which speak with a primitivist, raw and disturbing power, directly from the mind of the artist to that of the viewer. At the same time they show high technical refinement and great beauty of surface.

Moore tapped the depths of his unconscious

A quintessential example is the deceptively blandly titled ‘Composition’ of 1932. This extraordinary abstraction, redolent nevertheless of the human form, might ultimately hold some echo of limbless bodies that Moore saw in the killing fields of Flanders. But if it possesses some such intimation of morbidity it is expressive too of the forces of life. Seen from full on, its overall form is phallic, yet its curving swelling forms are also those of the female torso, with nipples and a shallow vulval valley carved into the upper surface. Formally, Composition exemplifies the doctrine of ‘truth to materials’ that was central to early modernist carved sculpture and that was significantly developed by both Moore and Hepworth in Britain. It is made of rare African Wonderstone whose relative softness, fine grain, and dark colour, are perfectly suited to the fleshly forms Moore found in it.
If Moore’s early critics were shocked by his modernism, more recent ones have seen him as not modern enough. An extreme example is the Guardian art critic Jonathan Jones, who wrote that it was absurd that Moore had ever been ‘taken to be an important modernist,’ calling him a ‘third-rate imitator of Picasso.’ In my view, a work such as Composition, in its power and originality, gives the lie to all this.
As for the influence of Picasso on Moore, let me tell you a story. One day in Paris in the 1940s, Picasso was hanging out at his local, the famous Café de Flore, when a friend approached and handed him a book on Moore, suggesting he should look at it. (It was probably the catalogue of Moore’s 1946 New York retrospective at the Museum of Modern Art.) As Picasso, a confident smile playing about his lips, turned the first pages, he was heard to repeat with satisfaction, ‘Ah, il fait du Picasso, il fait du Picasso’ (‘He is doing Picasso’). Gradually however, the smile faded and soon, still turning pages, he fell strangely silent.