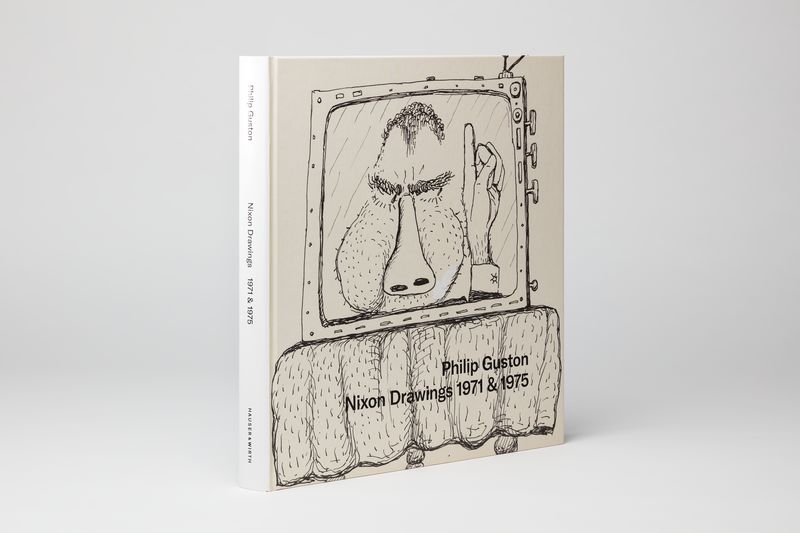 ‘Philip Guston: Nixon Drawings, 1971 & 1975’ has won the FILAF D’or, the overall prize for best international art book, and the award for best modern art book at the 2018 International Art Book and Film Festival (FILAF).
This book is devoted to the late artist Philip Guston‘s satirical drawings of the 37th President of the United States: Richard Nixon, and gathers this extraordinary body of work for the first time in its entirety. Edited by Musa Mayer and Sally Radic, this Hauser & Wirth Publishers catalogue is designed by Damien Saatdjian and includes texts by Musa Mayer and Debra Bricker Balken, and a transcription of panel discussion between Phong Bui, William Corbett, Irving Sandler, Lisa Yuskavage, Bob Mankoff and Katy Siegel. Released in May 2017, following the exhibition at Hauser & Wirth in New York, the book also accompanied the exhibition at Hauser & Wirth in London entitled ‘Philip Guston. Laughter in the Dark, Drawings from 1971 & 1975’. 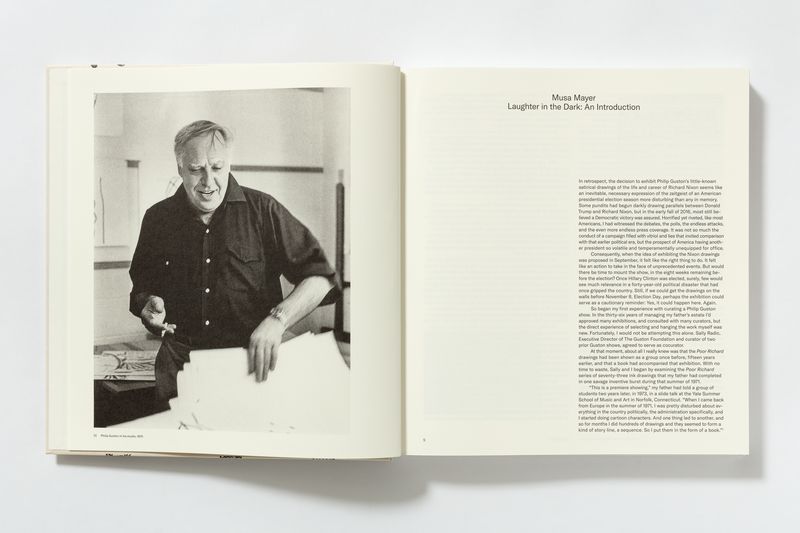 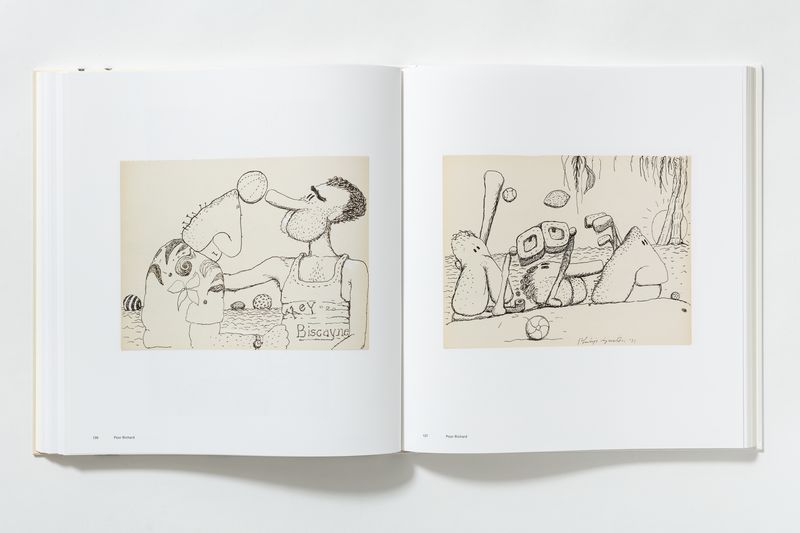 Guston’s outpouring of satirical drawings was inspired partly by conversations with his friend Philip Roth, at work on his own scathing Nixon satire, ‘Our Gang’. ‘When I came back from Europe in the summer of 1971,’ Guston later said, ‘I was pretty disturbed about everything in the country politically, the administration specifically, and I started doing cartoon characters. And one thing led to another, and so for months I did hundreds of drawings and they seemed to form a kind of story line, a sequence.’ Completed during July and August 1971, these drawings were not publicly shown for three decades. In 1975, after the Watergate scandal led to Nixon being forced to resign under threat of impeachment, Guston created more drawings and a final painting with Nixon as subject: ‘San Clemente’.
FILAF brings together, celebrates and awards the best books and films about art produced in the world during the past year. Taking place in the historic centre of Perpignan, France, FILAF presents an international selection of books and films in a series of screenings, exhibitions, lectures and meetings with authors. The festival is at the crossroads of literature, visual arts and cinema, focussing on contemporary art, photography, design, art collections, cinema, modern art, ancient art and primitive art. 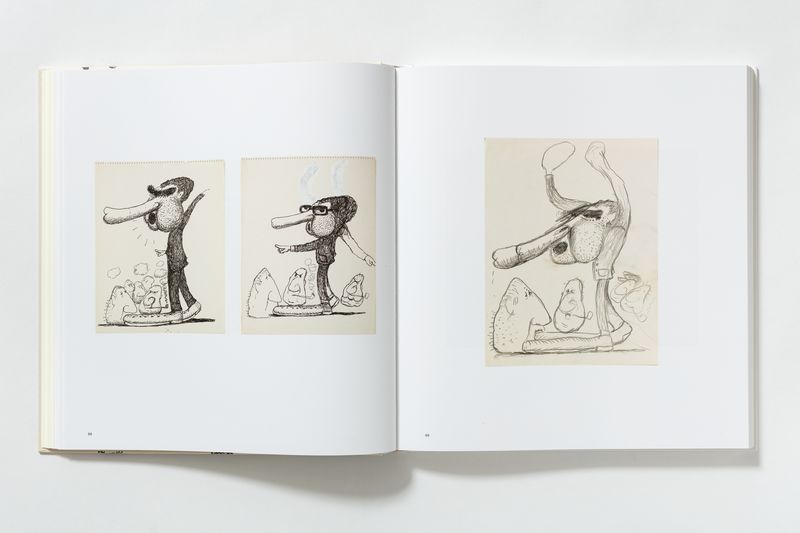 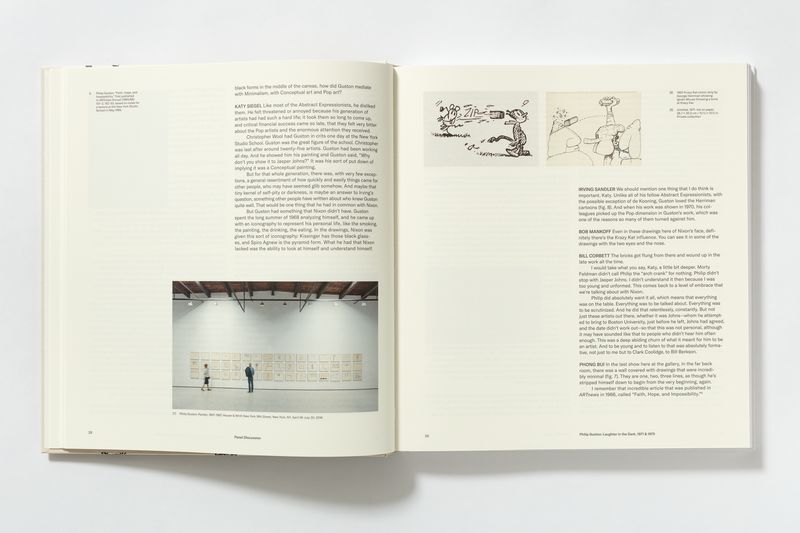 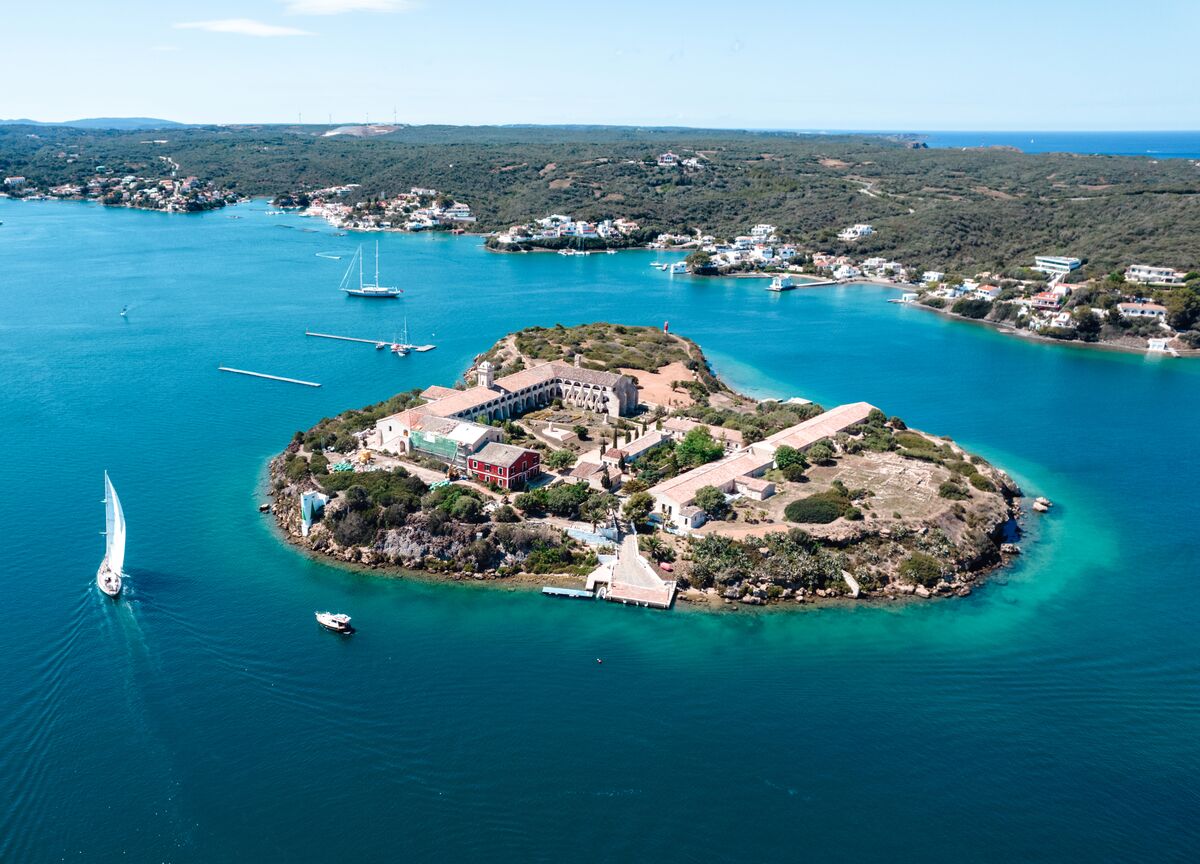