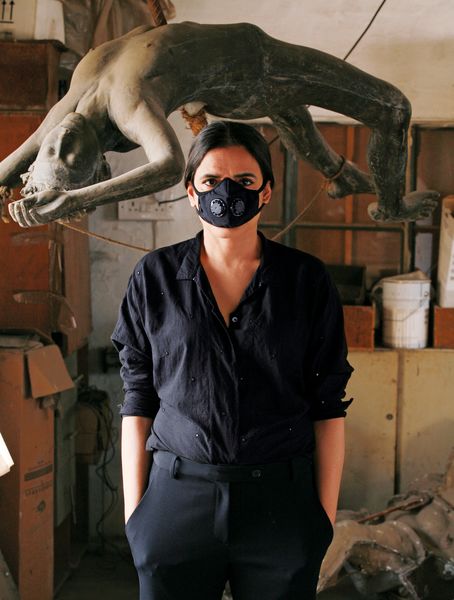 A peak into her secret world of words

Bharti Kher’s alter ego is a serial diarist. This private persona is not one to which she is known to allow easy access; it must often be teased out of her.

On rare occasions, she may volunteer to share choice excerpts from her textual endeavours. Her art remains inflected by the poetic intonation of her journaling, though the world has yet to glean her literary heft. As I sit across from her on a couch in her studio, I am aware of the slim black elastic band that keeps each of her many Moleskine sketchbooks bound in secretive silence. The temptation to undo even a single strap to snatch a peek of the febrile universe of her most private imaginings is one I realise I must keep at bay. So I exercise restraint as she forages through her pile to retrieve the letter she wrote to Sigmund Freud that she’s decided impulsively to read aloud to me.
‘I’ve got to be careful about my diaries. I should never leave them around’’ she says, as if divining my kleptomaniacal instinct. ‘Do you know about Philip Larkin and his diaries? I heard that when he was on his deathbed, he said to his wife, ‘Burn the diaries!’’
‘Did she? She probably published them. But then you’re dead, so it probably doesn’t matter. If you’re dead, you’re dead, right?’ Kher asks. 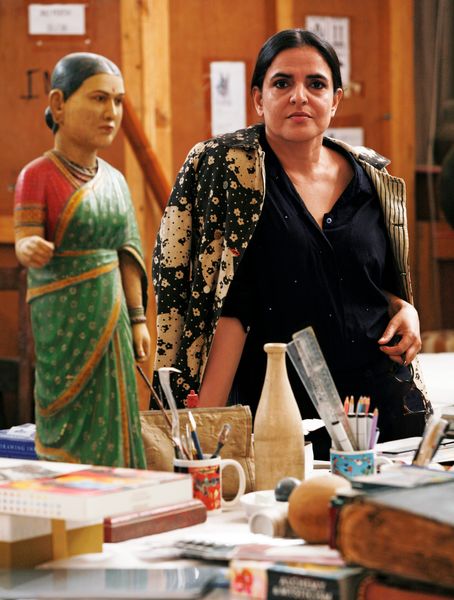