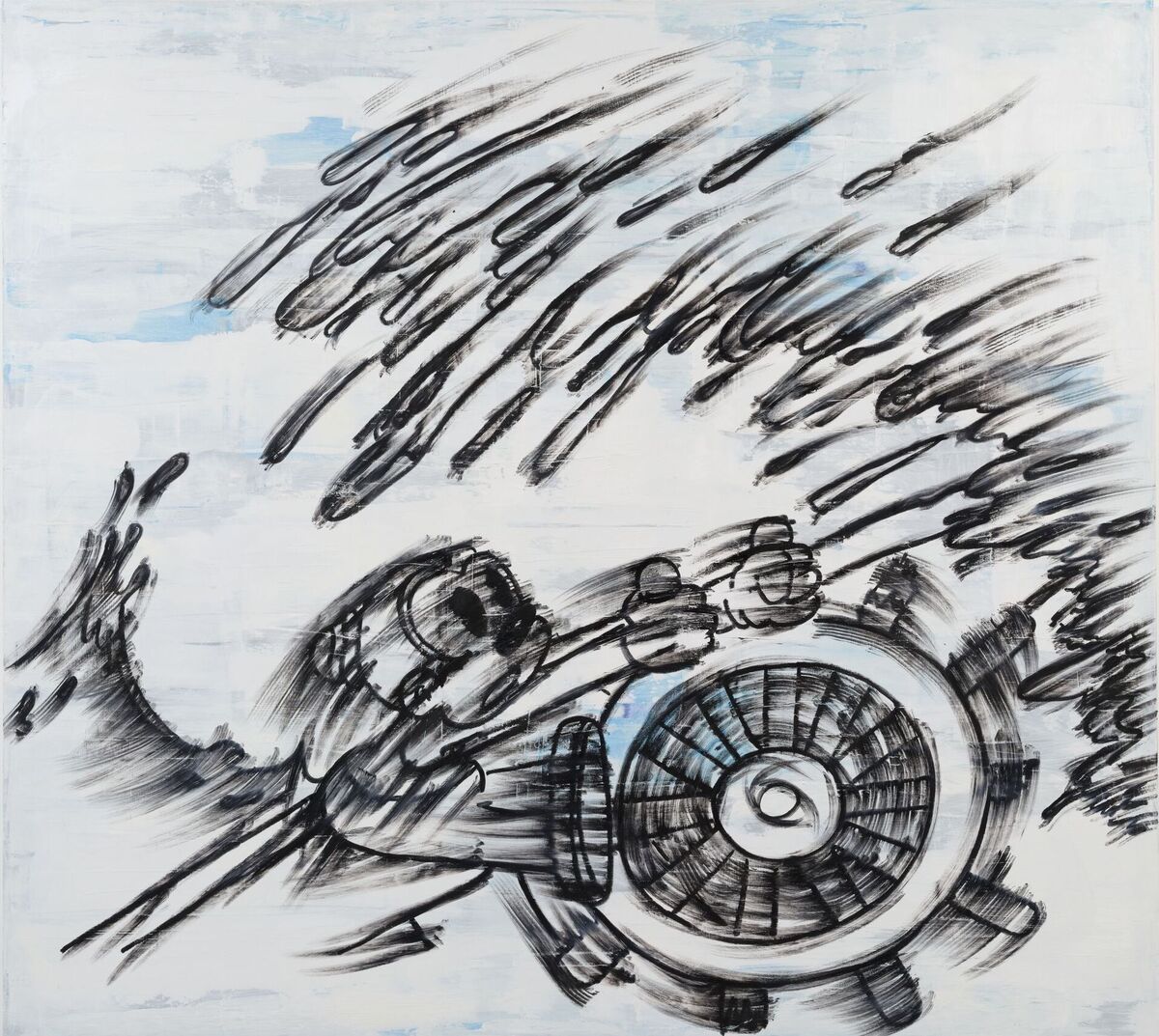 Spanning both North Galleries and the outdoor courtyard, Gary Simmons’ first exhibition with Hauser & Wirth will debut new paintings, wall drawings, and sculpture, as well as the installation ‘Recapturing Memories of the Black Ark,’ presented for the first time in Los Angeles. For over 30 years, Simmons’ multidisciplinary practice has probed American history to examine the pervasive nature of racist ideology and its manifestations in visual culture. Drawn from both personal and collective memory, his works address themes of race, identity, politics, and social inequality, and the ways in which these issues are both evident and concealed in the cultural landscape.

About the Exhibition
‘Remembering Tomorrow’ foregrounds Simmons’ distinctive contributions to contemporary image making, particularly through his use of erasure as a form of Action Painting freighted with deep cultural significance. Simmons wipes the surface of his work while the paint is still wet in order to smear the image so that it simultaneously emerges and disappears. This tactic is central to the new paintings on view, in which Simmons presents the viewer with racialized imagery once prevalent in American popular culture, including such archetypical cartoon characters as Honey and Bosko. Intentionally erased from public view in recent years, these characters – and the impulses and prejudices revealed by their enormous popularity – nevertheless remain alive in the soul of America. Simmons’ signature use of humor as a tool to convey fraught truths is further explored through the resurrection of these figures, which first appeared in his seminal chalkboard drawings from the early 1990s. Here they reappear on the surfaces of works like ‘Honey Typer’ (2021) and ‘Joy Ride’ (2021), that depict their subjects engaging in carefree activities like typing on an antiquated typewriter or innocently kissing on a date. By doing so he draws attention to the fundamental disconnect between the topical sweetness of the images and the inherent violence of the racial stereotyping they embody as caricatures.

Gary Simmons. Remembering Tomorrow 17 February – 22 May 2022 Hauser & Wirth Los Angeles North A & B Galleries, Courtyard The exhibition also includes four new massive wall drawings created onsite that employ the same erasure technique and feature similar motifs as those found in the paintings. Their fragile textured surfaces, achieved through either inky black paint or dusty chalk, highlight Simmons’ technical prowess and ability to capture the poignancy of time’s passage: by retaining the lasting gestural marks of his working process and physical presence in the space, these drawings hint at their own ephemeral nature and the transience of memory. Creating the effect of a continuum, Simmons’ large-scale wall drawings envelope the viewer in the performative act of their creation.

Revisiting pedagogical motifs found in his early works, Simmons reconsiders the aesthetic possibilities of publicschool cafeteria tables and benches in ‘You Can Paint Over Me But I’ll Still Be Here,’ a new sculptural installation. Occupying the center of a gallery, five tables are arranged in a dynamic configuration demonstrating various states of installation from folded upright to fully extended. A group of figures representing racist tropes from historic cartoons, including the heckling crow characters of Disney’s classic animated film ‘Dumbo’ stand on the benches, iconographically linking the works with the paintings nearby. In this work, Simmons establishes the school lunchroom as analog for society at large – a site where a distinct social hierarchy reigns and identity is shaped and performed.

Simmons’ practice is informed by music and performance, and draws inspiration from dub, punk, hip-hop, reggae, and rap. On view in the gallery’s outdoor courtyard, ‘Recapturing Memories of the Black Ark’ is a work comprised of amalgamated materials sourced from the Tremé neighborhood of New Orleans in the aftermath of Hurricane Katrina. Inspired by the studio of legendary Jamaican record producer Lee ‘Scratch’ Perry, this sculptural installation will be the site of numerous activations and performances throughout the duration of the exhibition. Constantly evolving over time and in different contexts, this work offers both contrast and complement to the erasure paintings on view in the nearby galleries. 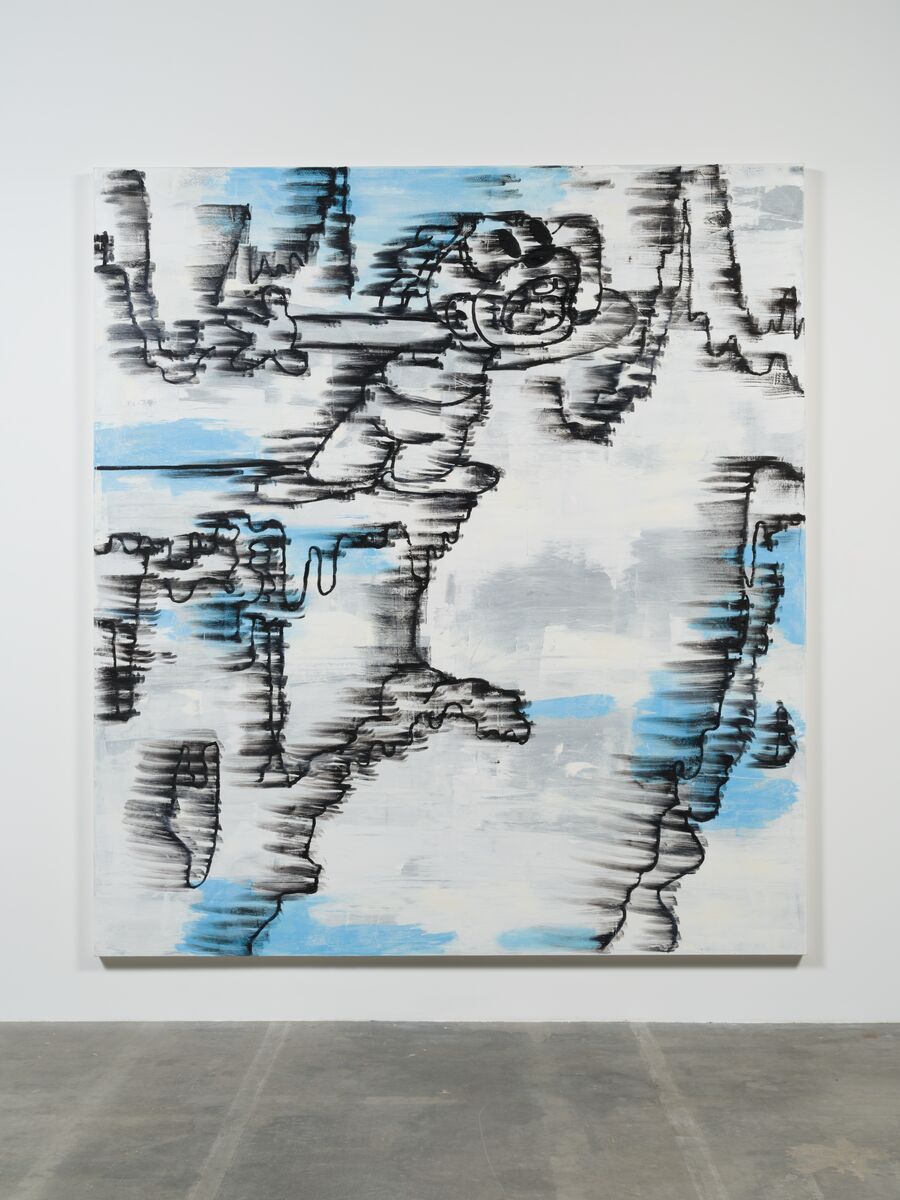 From the Mountain Tops
1 of 5 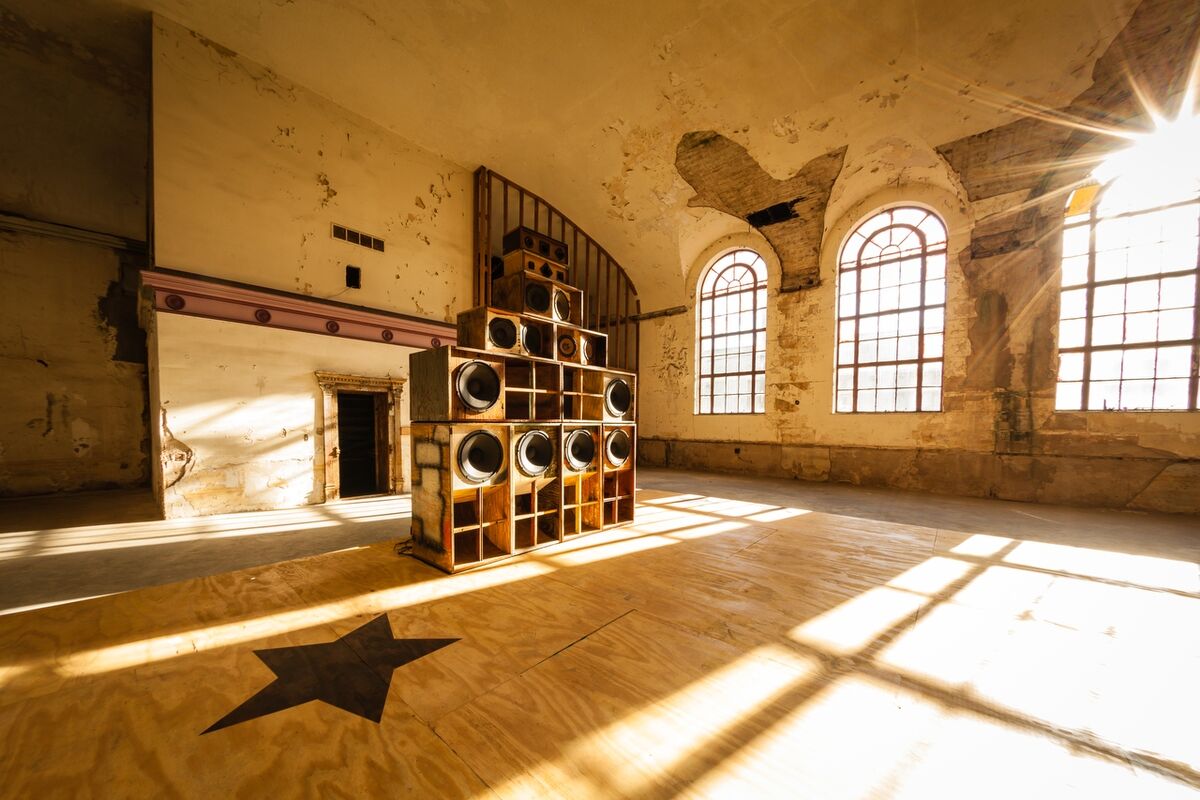 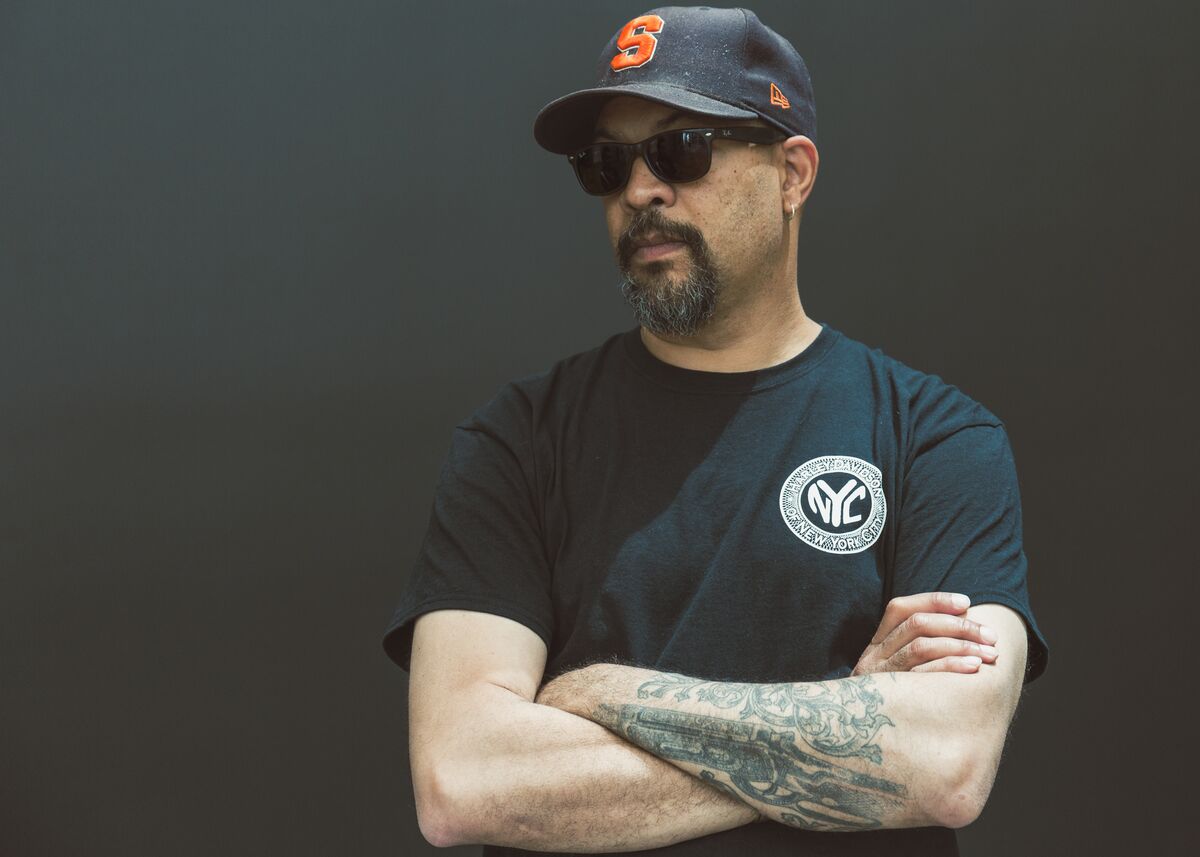 Gary Simmons uses icons and stereotypes of American popular culture to create works that address personal and collective experiences of race and class. Born in New York in 1964, Simmons received his BFA from the School of Visual Arts in 1988, and… 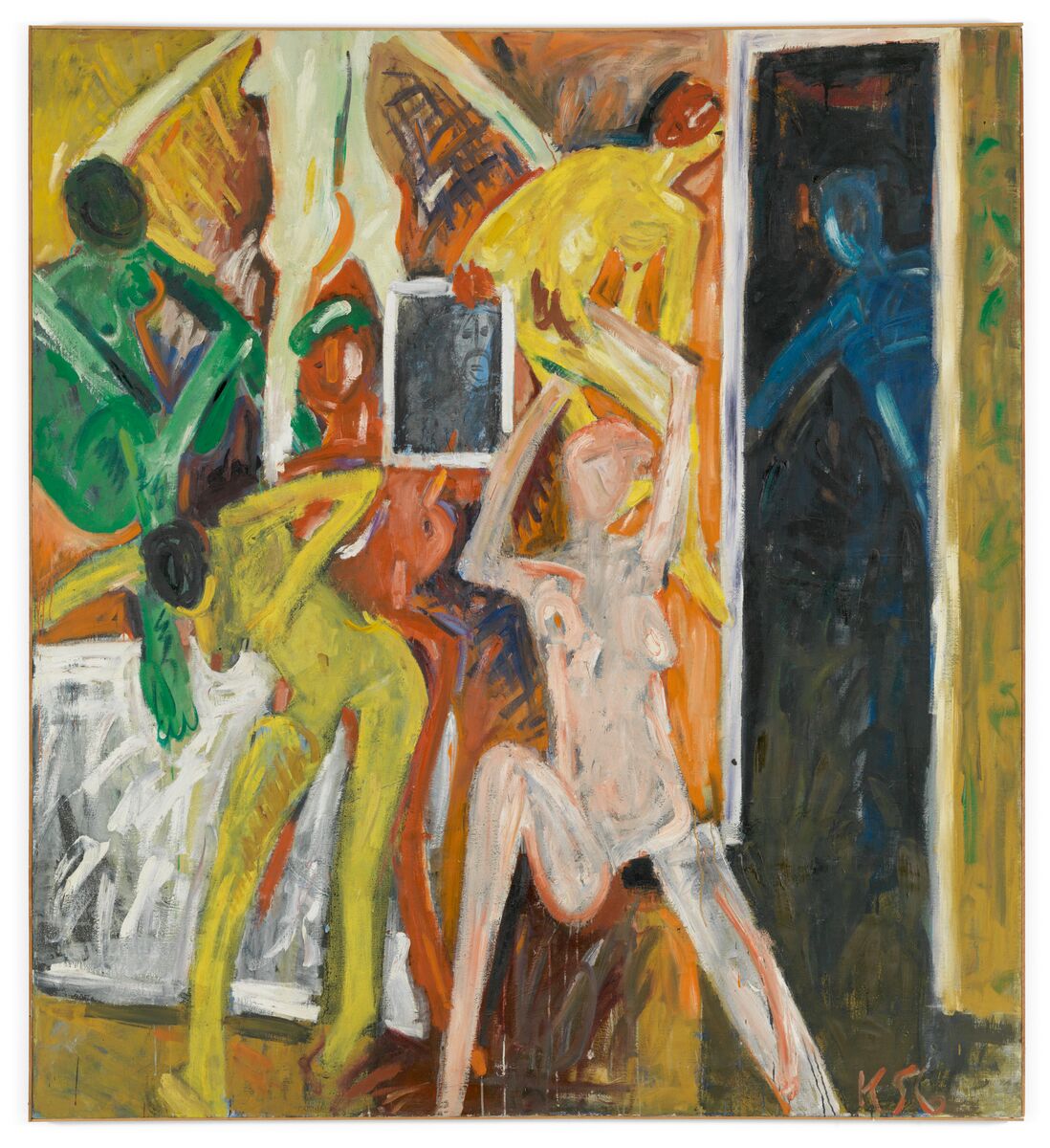 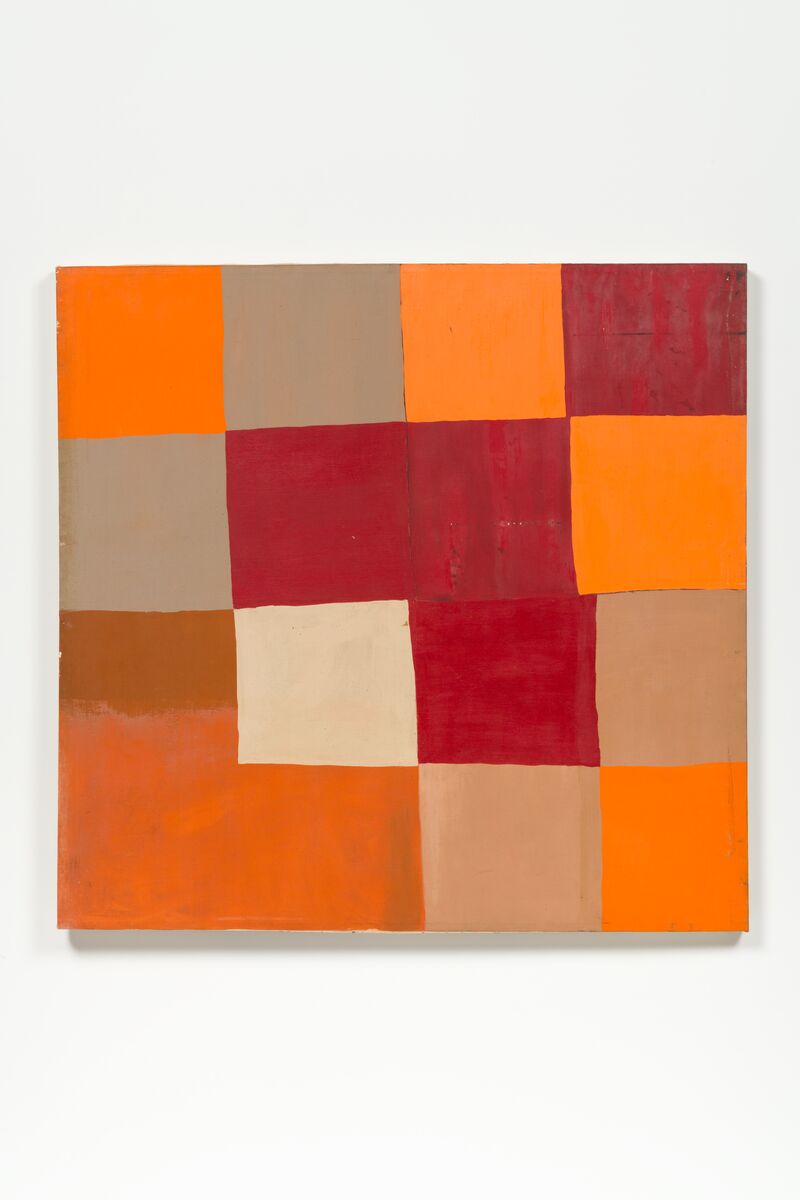 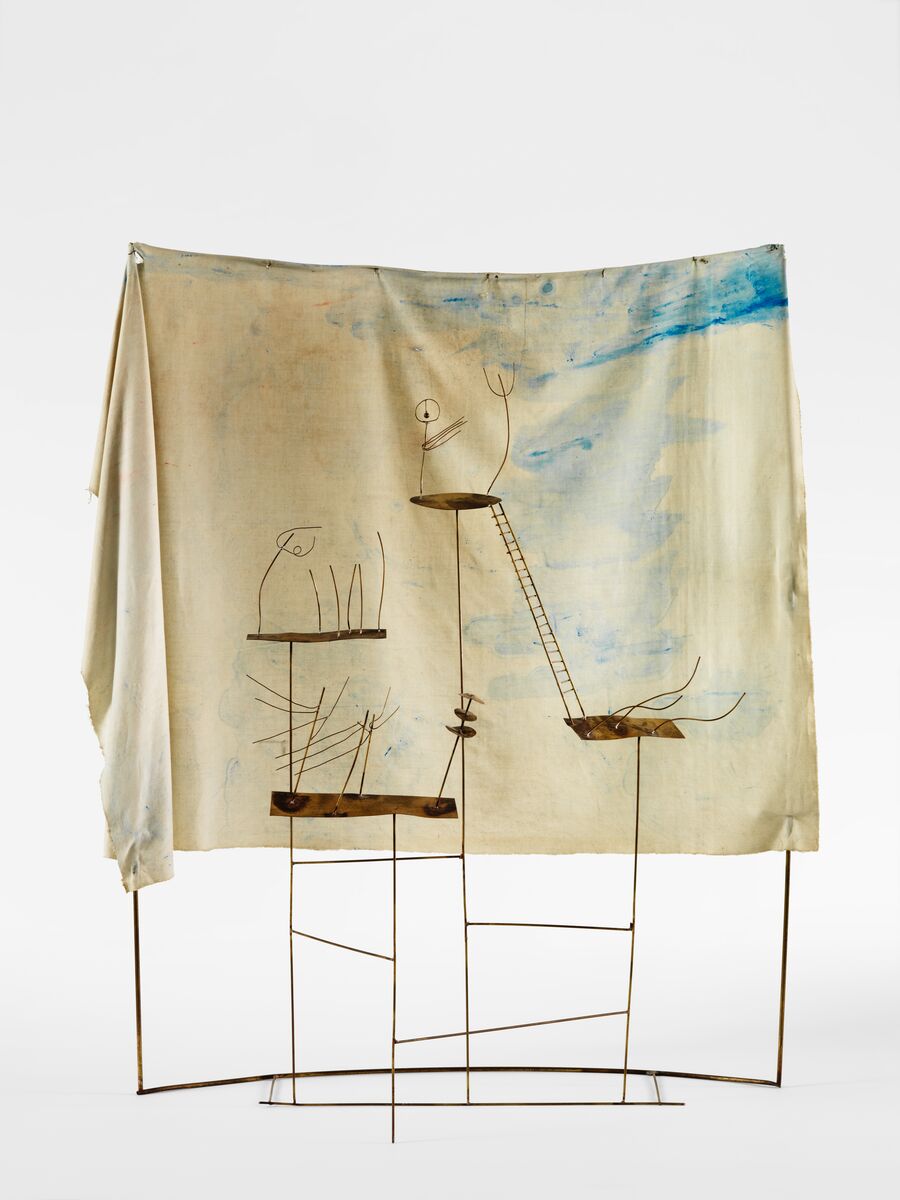 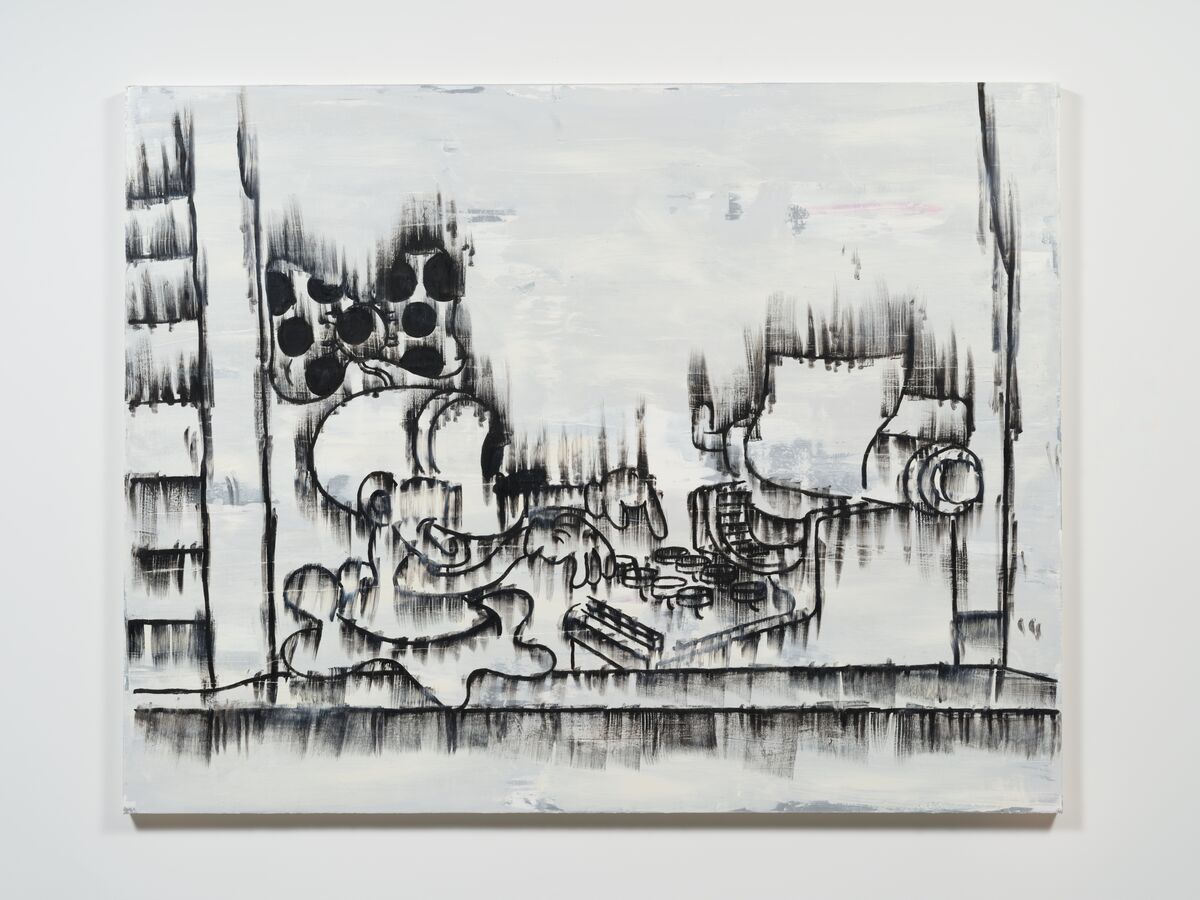 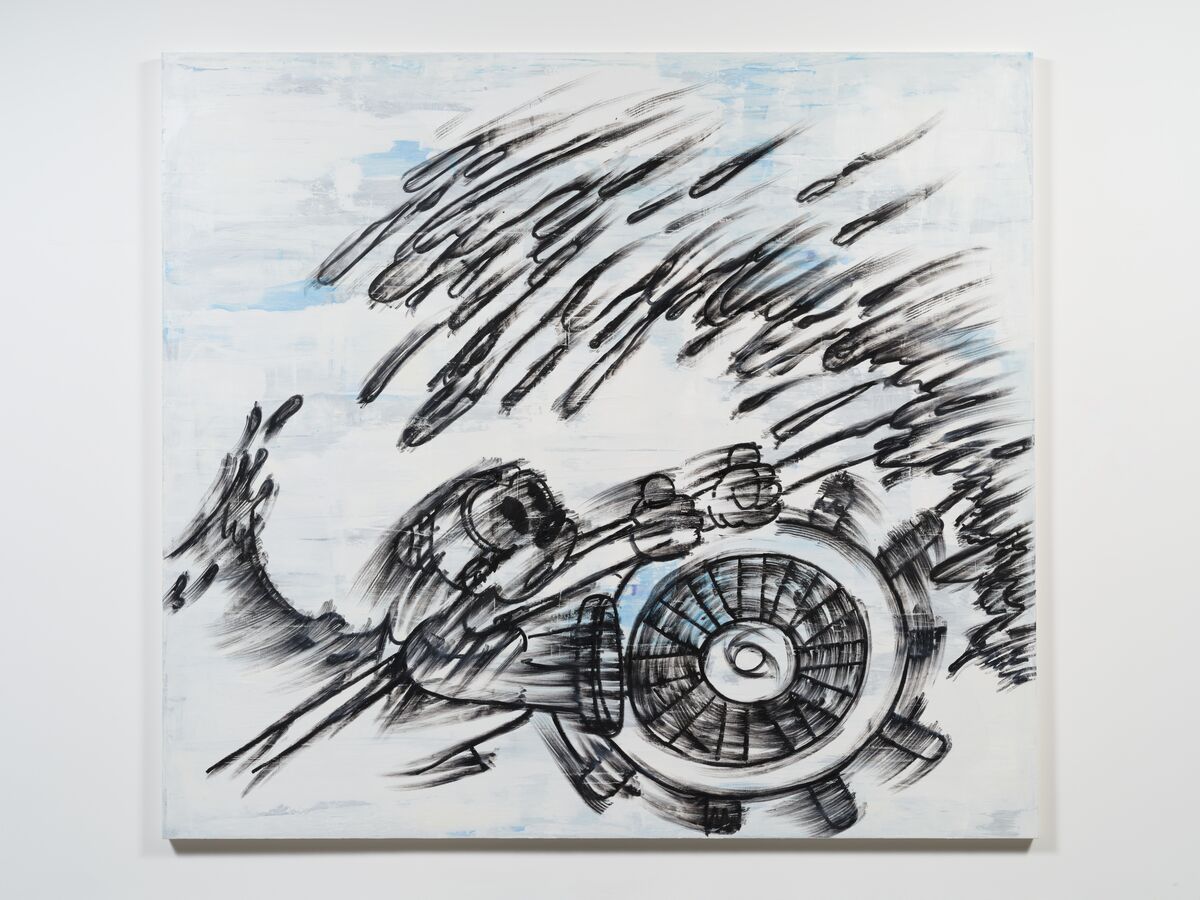 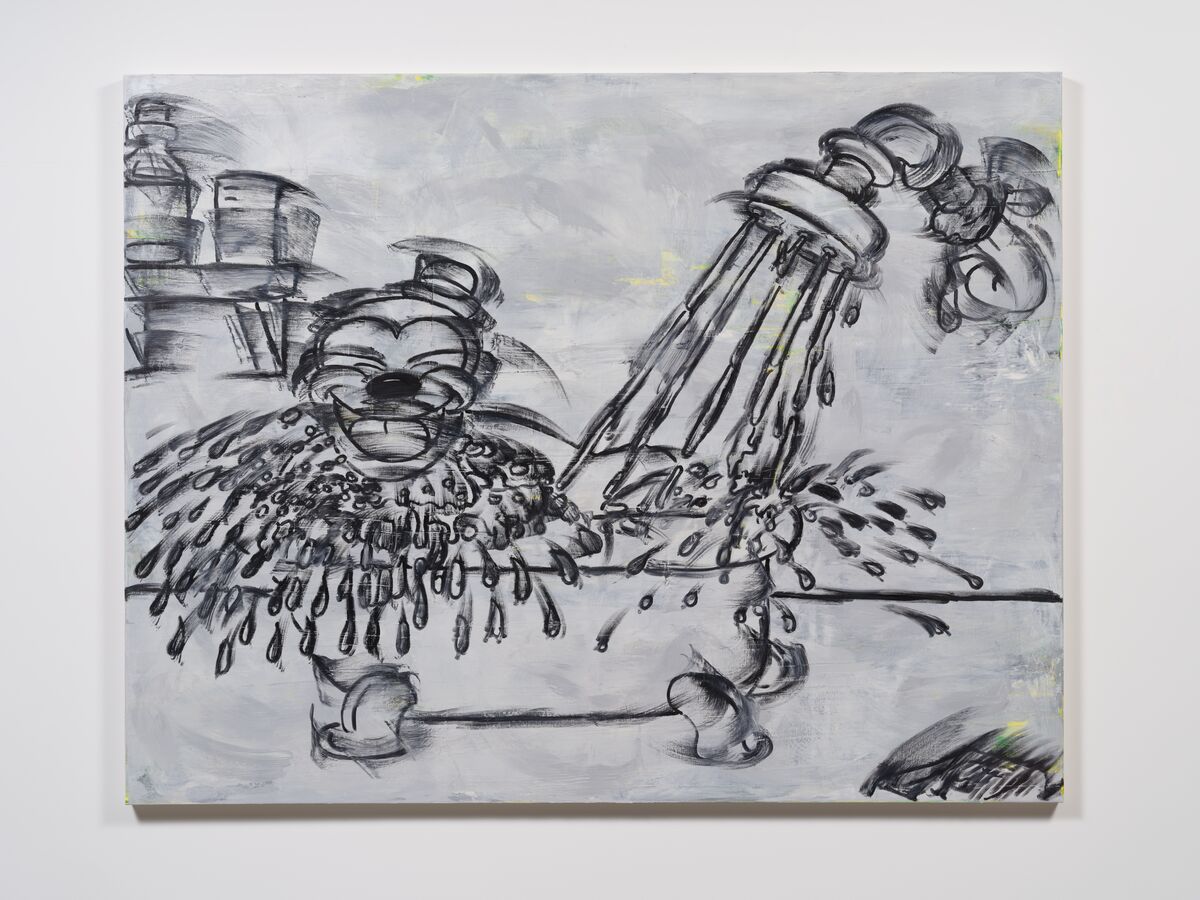 This site uses cookies to improve user experience. By clicking ‘Accept’ or by continuing to use this site, you consent to our use of cookies. Click ‘Learn more’ for information on how we use cookies and how you can control them.AcceptLearn more