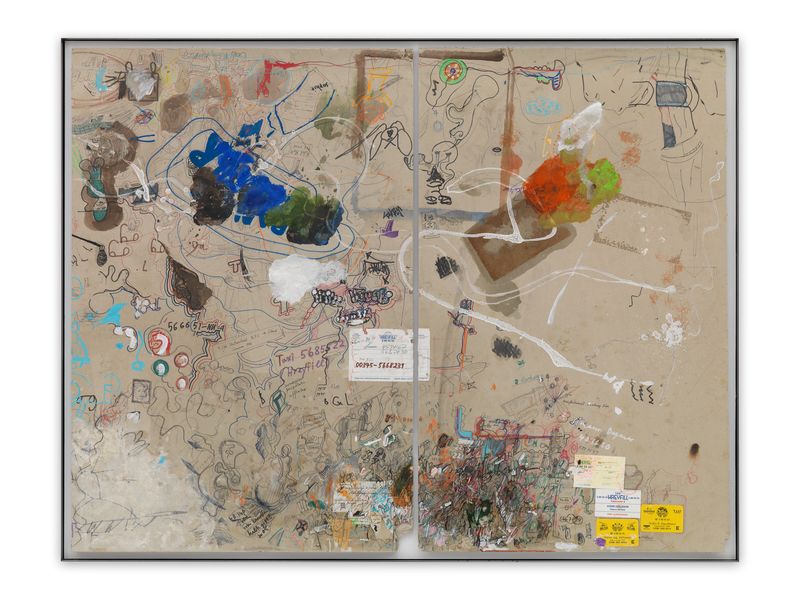 Hauser & Wirth Zürich is delighted to present its end of year show ‘Tables, Carpets & Dead Flowers’, an exhibition bringing together works by modern and contemporary masters that document and record daily activities in the studio. Taking inspiration from Rodney Graham’s ‘Dead Flowers in My Studio’ (2009) and Dieter Roth’s Tischmatten, ‘Tables, Carpets & Dead Flowers’ examines the chance encounters between artist, artwork and the studio space.

Taking centre stage of the presentation will be a large, four metre long carpet from Dieter Roth’s Bali studio near Reykjavik. Embedded with traces of studio life, including the scribbles and drawings from his children’s visits, this expanse of material is at once a visual document and a chance product of the artistic process itself. Formally reminiscent of works by Joan Miró or Arshile Gorky, Dieter Roth’s studio carpet is exemplary of a seamless combination of art and life. His renowned Tischmatten (table mats) can also be read as cumulative diary of the artist’s activities.

Following on from this line of inquiry, a selection of Paul McCarthy’s White Snow monochromes from 2012 will be on view. Originally these were pieces of plywood which covered the artist’s studio floor during the creation of his White Snow Forest film set and installation. By catching the remnants and residue of the fabrication process, McCarthy’s monochromes become documents of the work’s journey from the studio floor to the gallery wall.

‘Tables, Carpets & Dead Flowers’, organised by Florian Berktold, presents works by artists including Guillermo Kuitca, Sterling Ruby and Ian Wallace. Further important works will include a selection of David Smith’s Untitled series of sprayed enamel canvases, Lee Lozano’s drawings which depict her studio surroundings, Keith Tyson’s ‘Studio Wall (Punchcard)’ (2017), Isa Genzken’s Basic Research paintings and Roni Horn’s ‘Pair Object Vis: For Two Locations in One Place’ (1998/2007). Horn’s metal cone-shaped sculptures are rolled over the floor, picking up the residue from uneven surfaces and initiating a conversation between the artwork and its environment. Isa Genzken’s Basic Research paintings similarly react to the setting of the studio space; by laying monochrome painted canvases on the ground and raking over them, these works become physical impressions of the artist’s surroundings.

Also on display will be Matthew Day Jackson’s ‘Lumpenproletariat’ (2010), a sculpture made of collected debris from the studio floor and sculpted into a life-size, sci-fi figure. The debris of the studio particularly plays an important role in Otto Muehl’s ‘Untitled’ (1988-91). Before commencing his prison sentence, Muehl destroyed the letters and documents left in his studio by burning them, their ashes were then applied to his canvas.

Last but not least, the exhibition explores the artistic possibilities when it comes to cleaning: Dieter Roth’s Tuchlauben collages comprise dust and scraps that he swept together from his studio in Vienna on Tuchlaubenstrasse. Günther Förg also finds use for his rubbish in his Untitled assemblages. In this manner, the contents of the studio become base material for the artists. 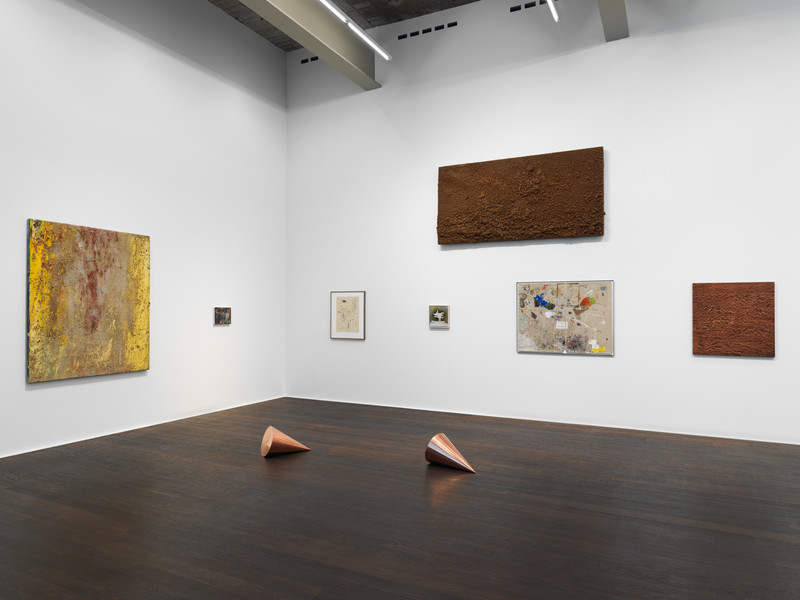 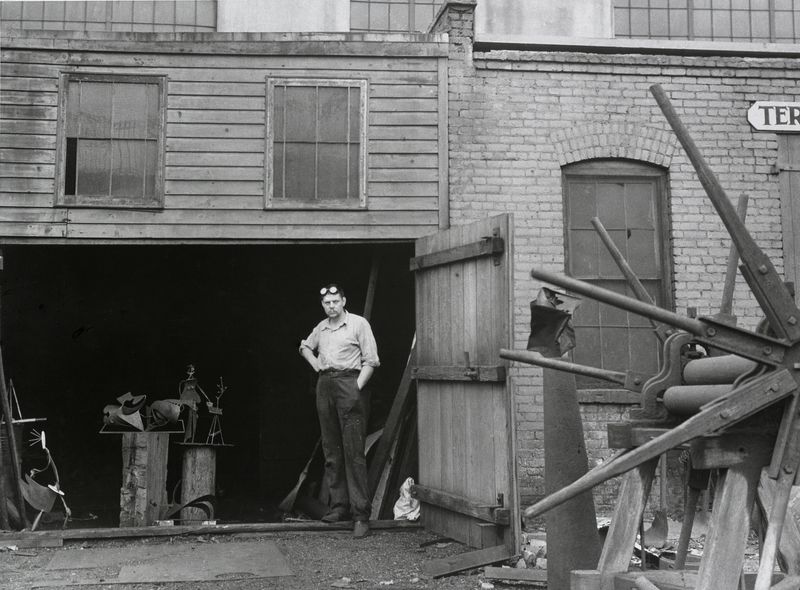 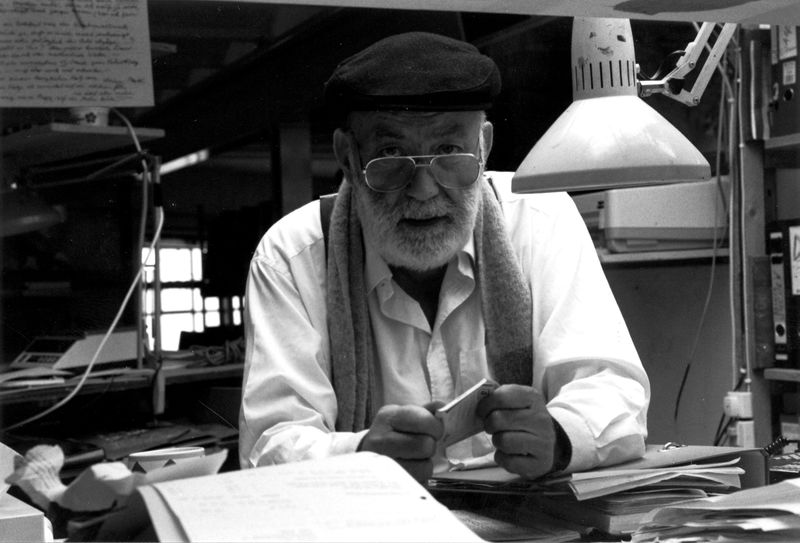 D. Roth was born in 1930 among the butchering Germans at that horrible stretch of time, when that cannibal, awful Hitler, Adolf, was just getting the Germans going at their best hit, butchering war. Hell was loose, but Roth survived, beatings and scoldings he survived, shitting and pissing in his timid pants, poor shaking...

To visit the exhibition, book a timed viewing appointment at our new 542 West 22nd St. gallery here and 32 East 69th...