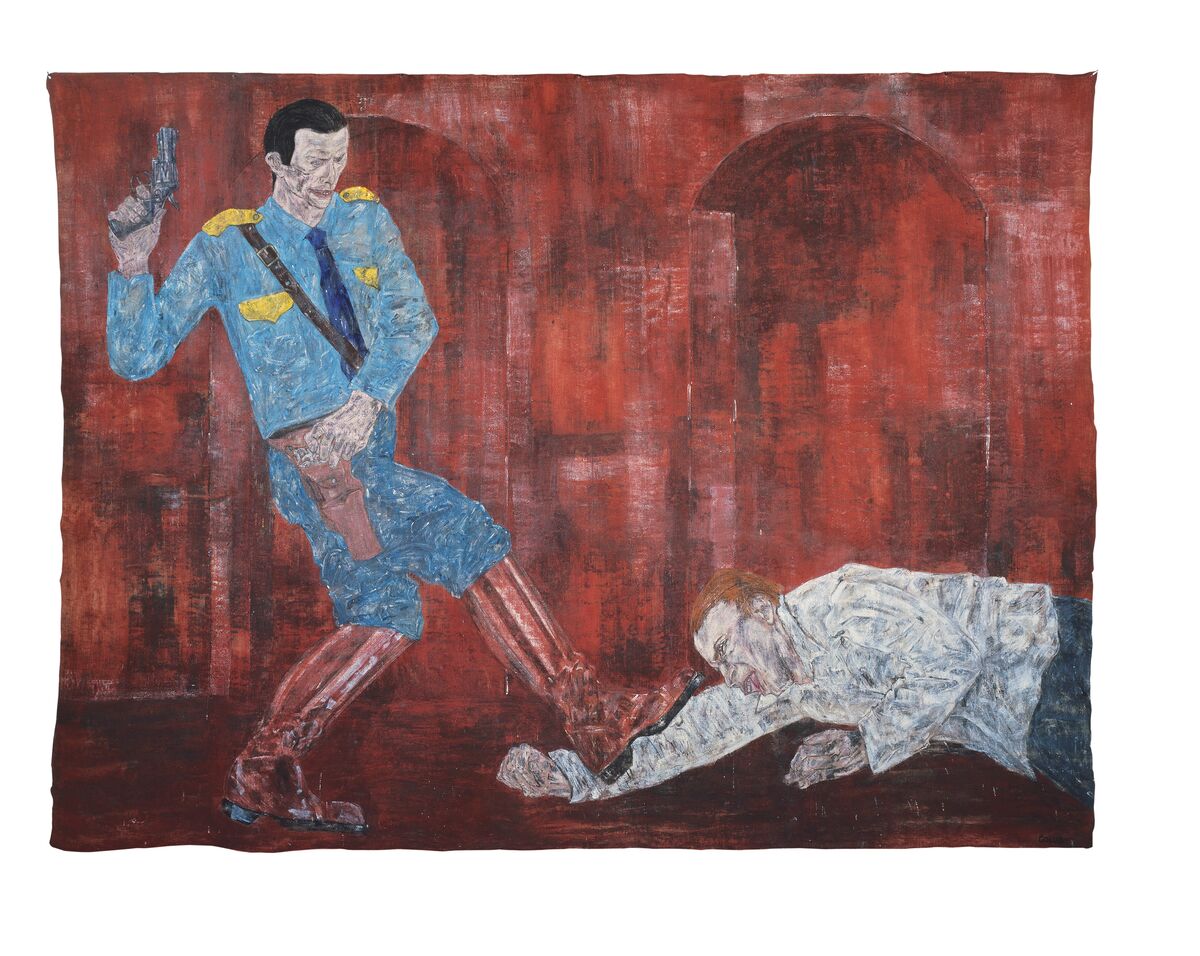 Art serves as a reflection of its time, uniquely able to channel the affective dimensions of the complex modes of relation among individuals and institutions—intimately and internationally—that animate our world. Politically motivated artists put this fact of art to good use, demanding that viewers enter into dialogue with the injustices and inequalities taken to task in their work.

Leon Golub is one such artist. The staunchly political subject matter of his work has found enduring resonance throughout the latter half of the twentieth century and into the twenty-first, with recent attention to local police violence and authoritarian abuses abroad underscoring its ongoing relevance. Golub’s work, along with that of his wife, artist Nancy Spero, is now on view at Tate Modern, London, as part of a special presentation highlighting the donation of new works by Jon Bird, an artist and one of the foremost scholars of Golub’s art-making. Tate Publishing has also just released ‘A Brief History of Protest Art,’ a new book by Aindrea Emelife that offers a history of protest art from Picasso’s ‘Guernica’ to today. Excerpted below is Emelife’s text on Golub’s ‘White Squad V’ (1984). 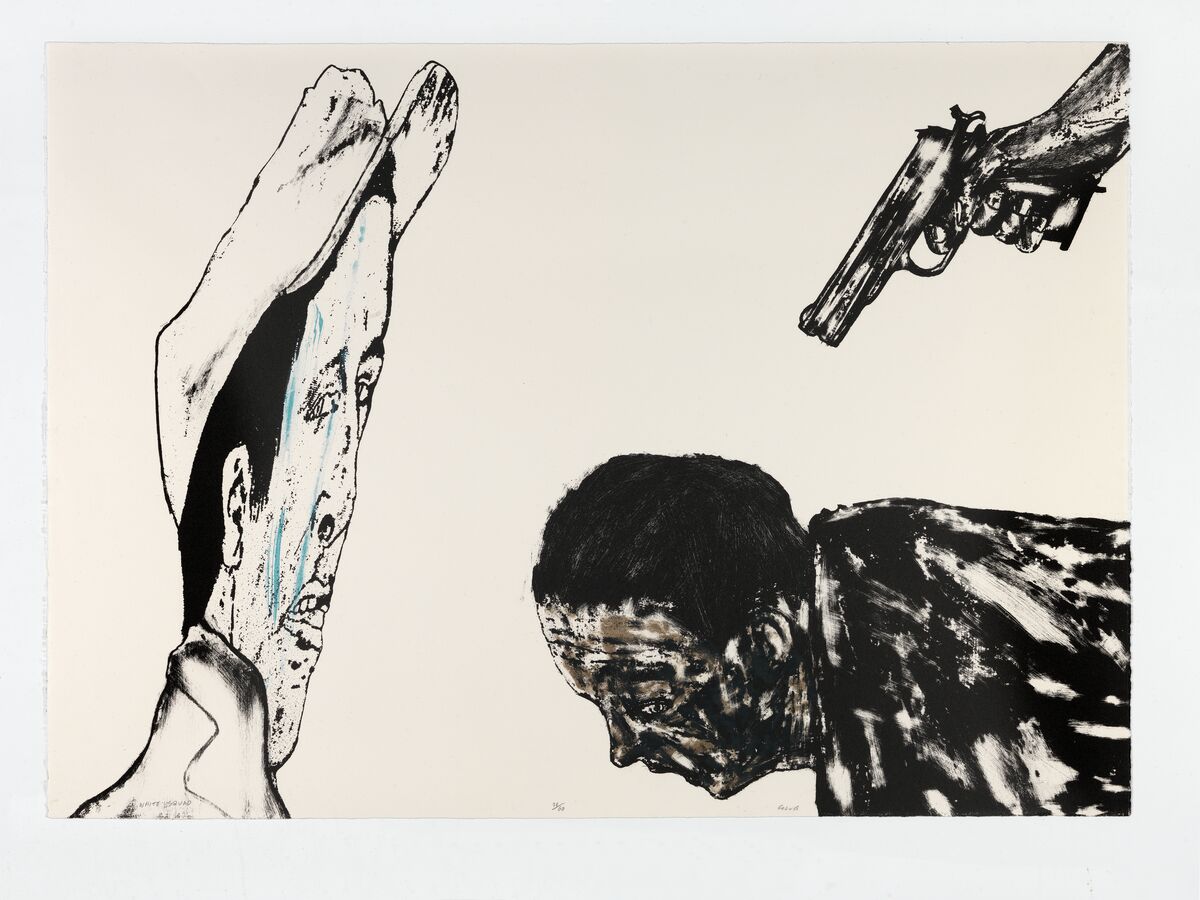 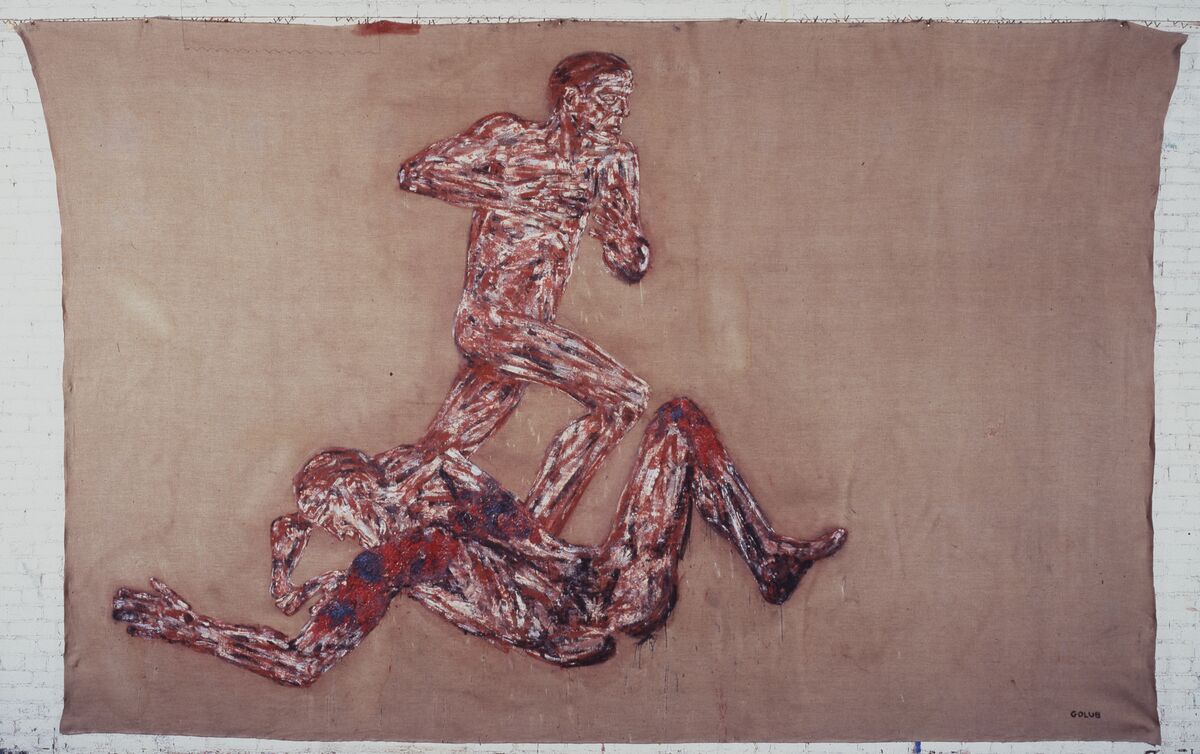 ‘At such a gargantuan scale, the viewer almost falls into the anguish . . . coming face to face with a scene unsettlingly current in light of the ongoing cries for the demilitarization and restructuring of the police’—Aindrea Emelife

American painter Leon Golub dedicated his almost sixty-year career to exploring the trauma of social violence through his art. In ‘White Squad V’ (1984), part of a seven-painting series inspired by real events in Central America, Golub immortalizes a harrowing scene at a monumental scale. The series focuses on the Salvadoran death squads, a right-wing military force responsible for countless deaths during the Salvadoran Civil War, and, in this moment, which shows a heavy-booted policeman stepping on the outstretched arm of a person sprawled on the ground, rendered on an unstretched three-by-four–meter canvas, his barbaric realism is at its most visceral. At such a gargantuan scale, the viewer almost falls into the anguish, which is made all the more affecting by the painting’s size, coming face to face with a scene unsettlingly current in light of the ongoing cries for the demilitarization and restructuring of the police. Golub’s technique is appropriately abrasive: layer after layer of acrylic paint is dissolved with poured solvent then scraped away with a meat cleaver. Ever elemental, the ghostly images confront you with the stark reality of power and torture on the fringes of Western politics in Central America. The canvases have received such a handling by Golub that their dense flat surfaces reveal exposed fibers—like the wounding of skin or blistering of flesh—thereby becoming expressions of violence in a more literal sense. Golub attached himself to events that warped culture, directing his critique initially to the Vietnam War while he was living and working with his wife, the artist Nancy Spero, in Paris for five years before devoting his attention to other conflicts. Golub monumentalizes terror, dwarfing the viewer to its power so we can understand just how quickly it can inflate and get out of control. 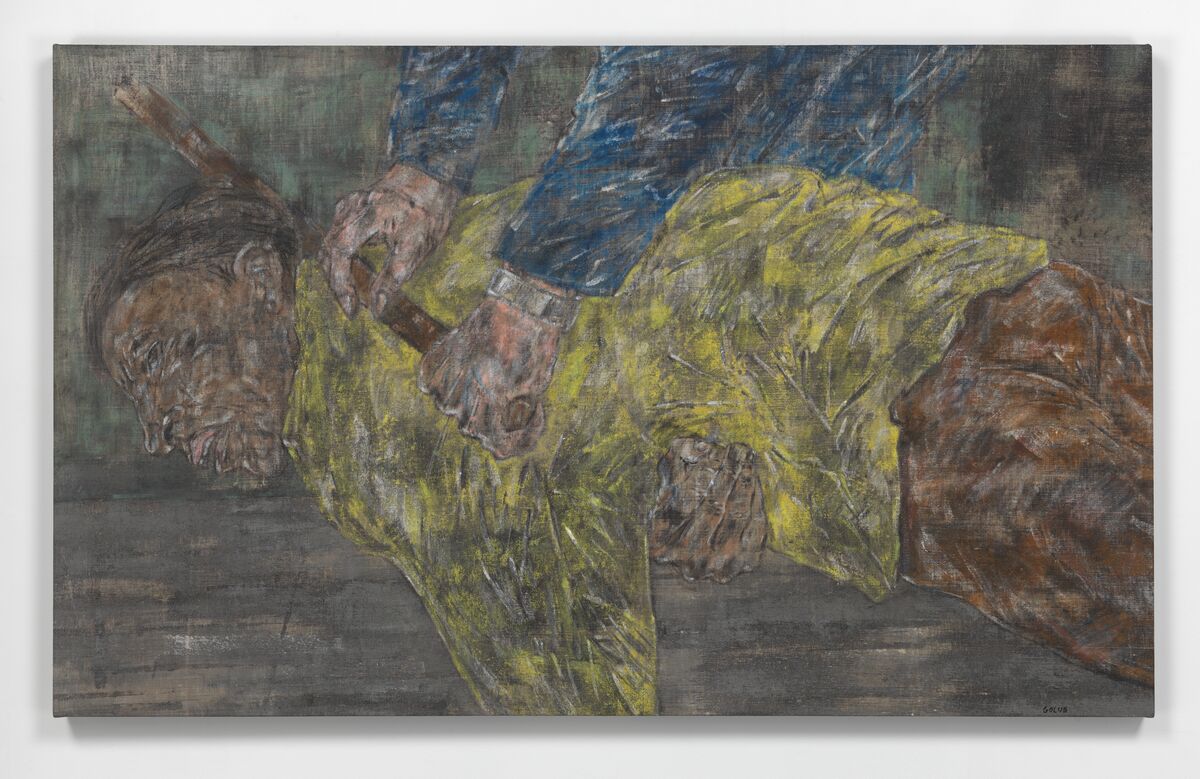 Leon Golub, Police Action, 1991 © The Nancy Spero and Leon Golub Foundation for the Arts/VAGA at ARS, NY and DACS, London 2022

Aindrea Emelife is an independent curator and art historian from London. In 2021, she was appointed to the Mayor of London’s Commission for Diversity in the Public Realm and listed in Forbes’ ‘30 Under 30.’ Current and recent exhibitions include ‘Black Venus,’ Fotografsika, New York (2022); ‘Black Bodies, White Spaces: Invisibility & Hypervisbility), Green Family Art Foundation, Dallas, Texas (2021–22) ‘Bold Black British,’ Christie’s, London (2021); ‘Citizens of Memory,’ The Perimeter, London (2021). Emelife has contributed to publications including the Financial Times, ArtReview, Frieze, BBC and The Guardian.

Leon Golub and Nancy Spero’s work is now on view as part of the ‘Artist and Society’ collection display, Tate Modern, May 2022 – 2023.