One editor’s favorite titles of 2021, a year of plenty 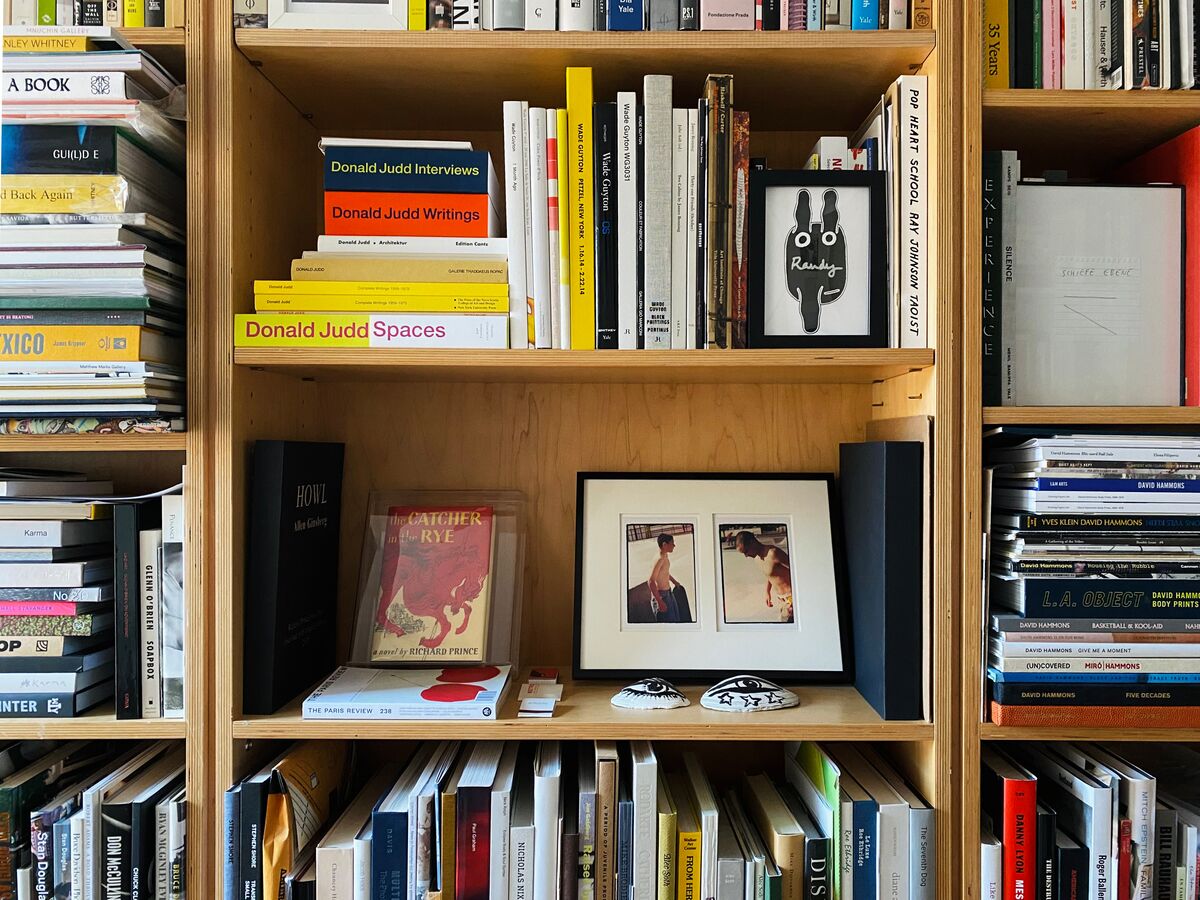 In the cultural world, as everywhere, the pandemic created glacier-sized logjams that began to break, unevenly and sporadically, over the last six months. One of these breaks, a sudden flood of pent-up books, made 2021 a banner year for readers and book collectors. Choosing annual favorites is always agonizing. This December was especially, cruelly so. Here are my top five, in no particular order, with an honorable mention because I just had to. 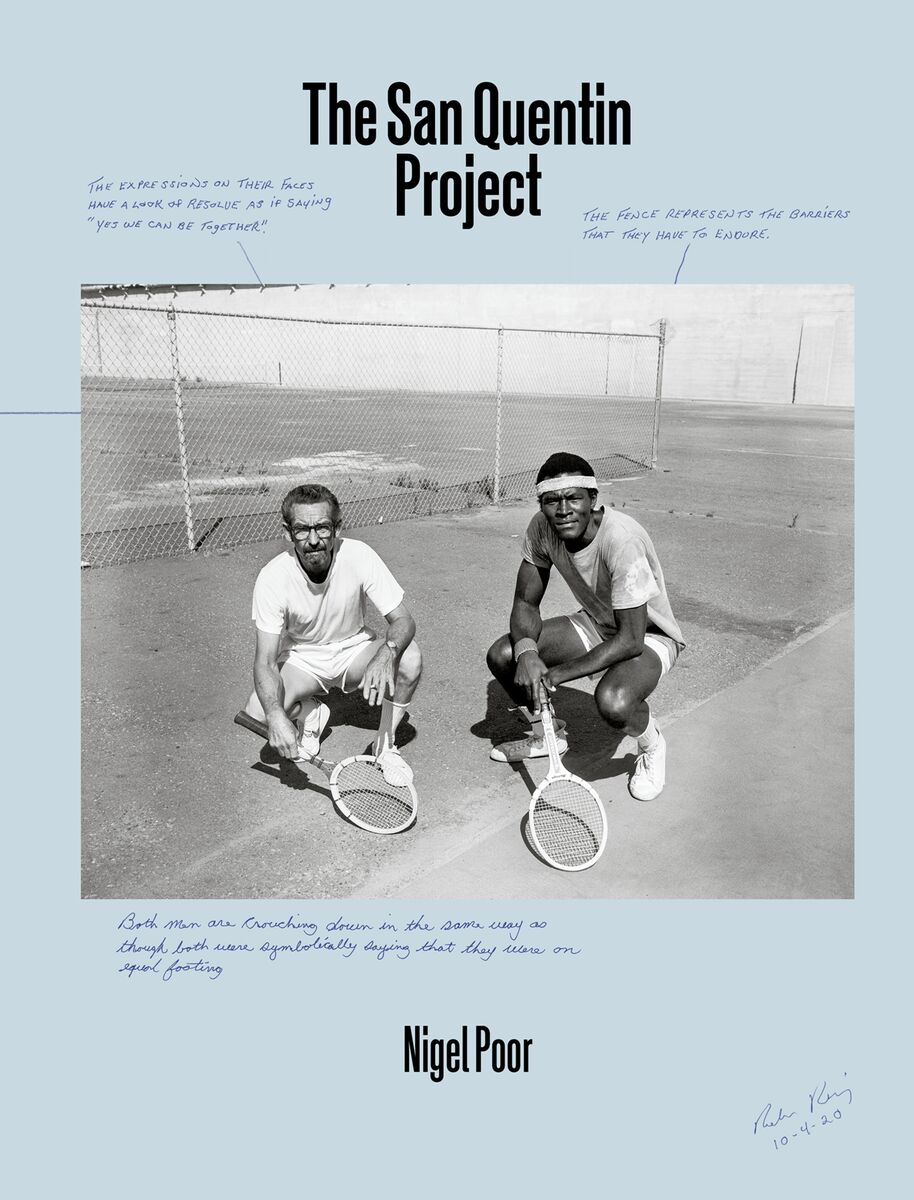 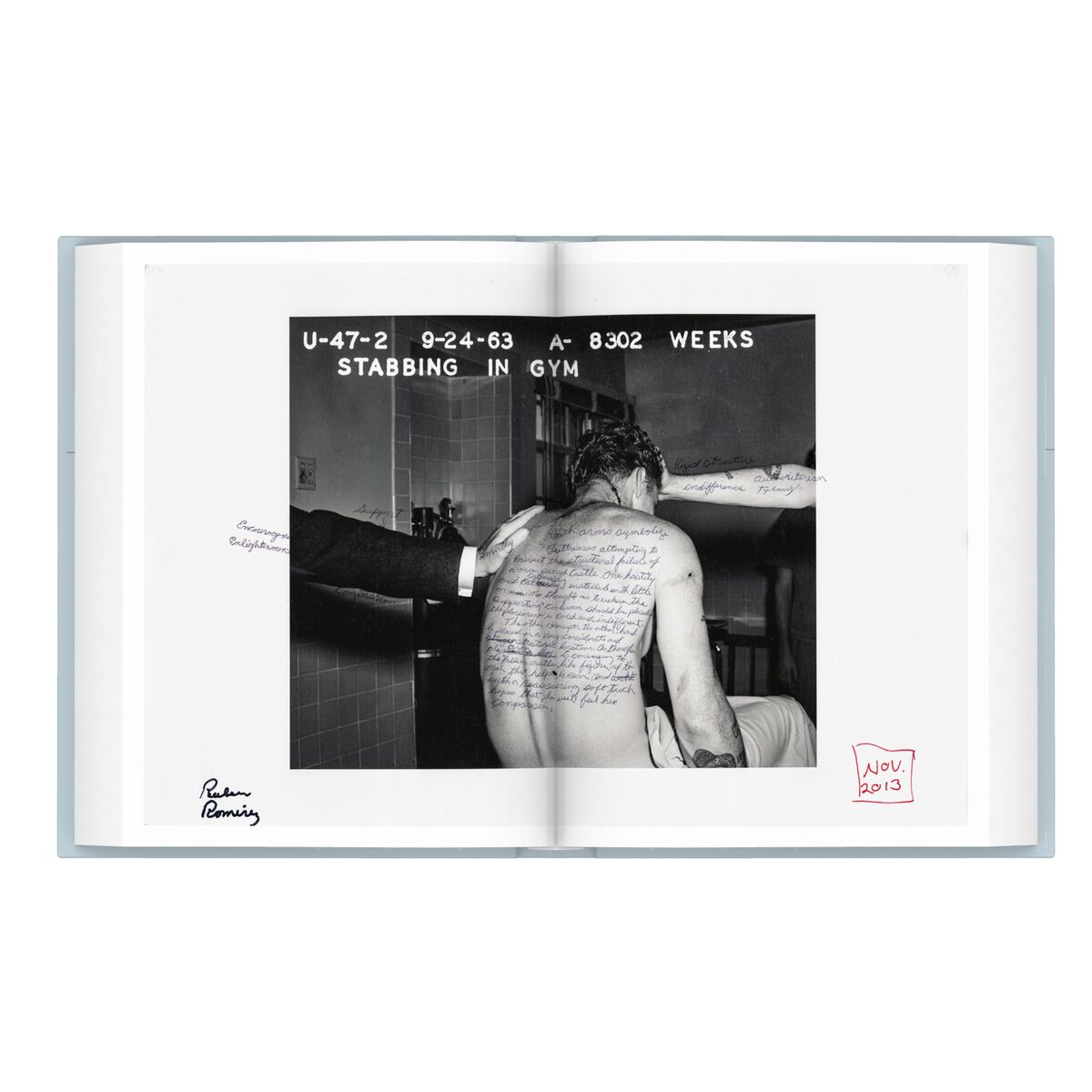 From ‘The San Quentin Project’ by Nigel Poor, Aperture, 2021

What does one do if she is asked to teach a photography class to prisoners yet both books and cameras are forbidden in the classroom? Nigel Poor—the Bay-area artist, educator and founder (along with Antwan Williams and Earlonne Woods) of the ‘Ear Hustle’ podcast about incarceration—improvised, brilliantly. She distributed print-outs of well-known art photographs and used selections from San Quentin’s extensive internal photo archive, often asking her students to overlay pictures with their thoughts, memories or formal commentary, in their own hand. The results make for an art book unlike almost any I’ve ever seen, photobook as memoir as sketchbook as history, capturing the brutality of the American prison-industrial complex and the humanity that abides somehow in its teeth. With echoes as disparate as Danny Lyon, Jim Goldberg, David Wojnarowicz, and Carrie Mae Weems, the book turns education, collaboration, and deep social involvement into art. ‘I will carry this picture with me on my next journey along with the challenges I will face in the future,’ one prisoner writes alongside Joel Sternfeld’s famous 1978 photo of a farmhouse engulfed in fire behind a placid fall farm stand. 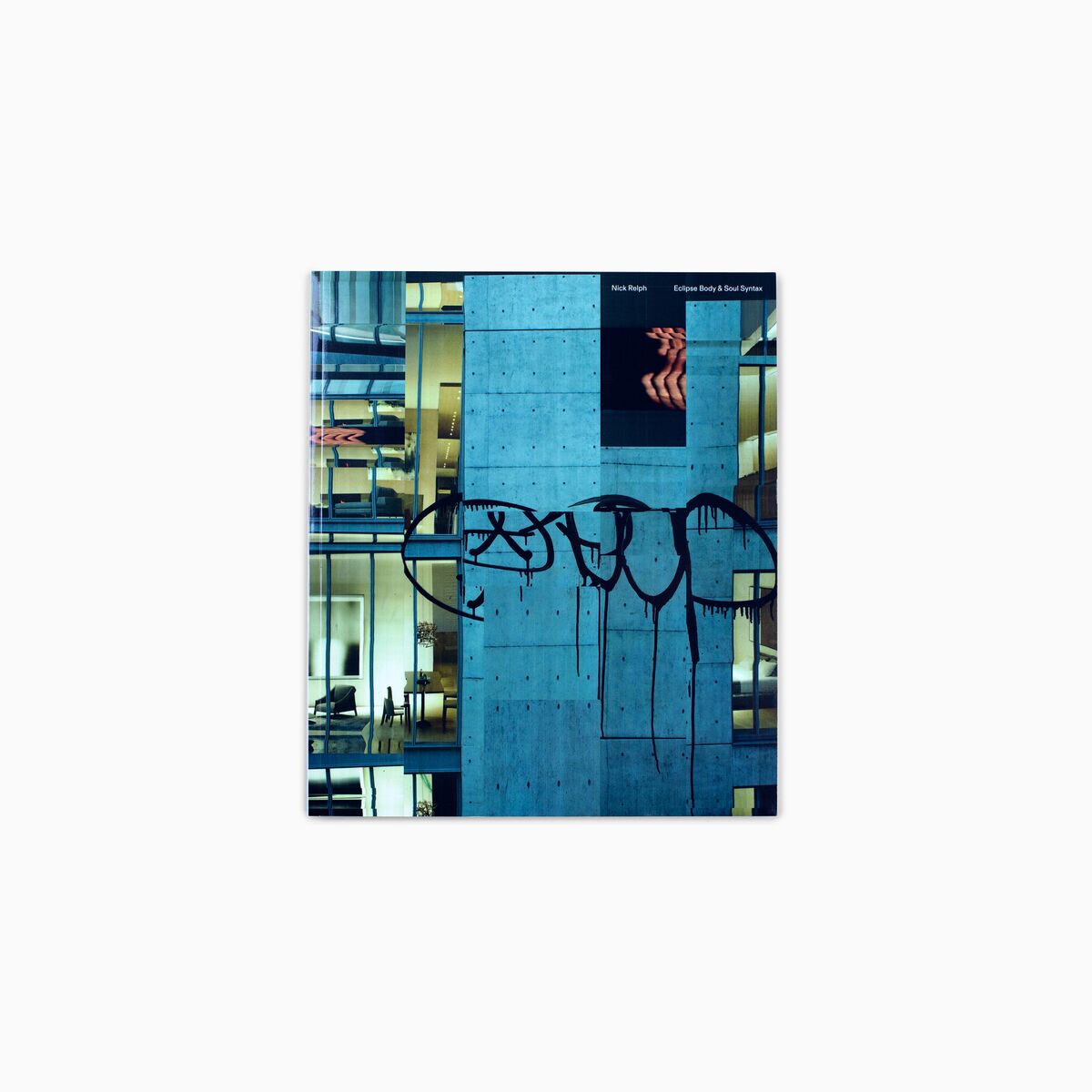 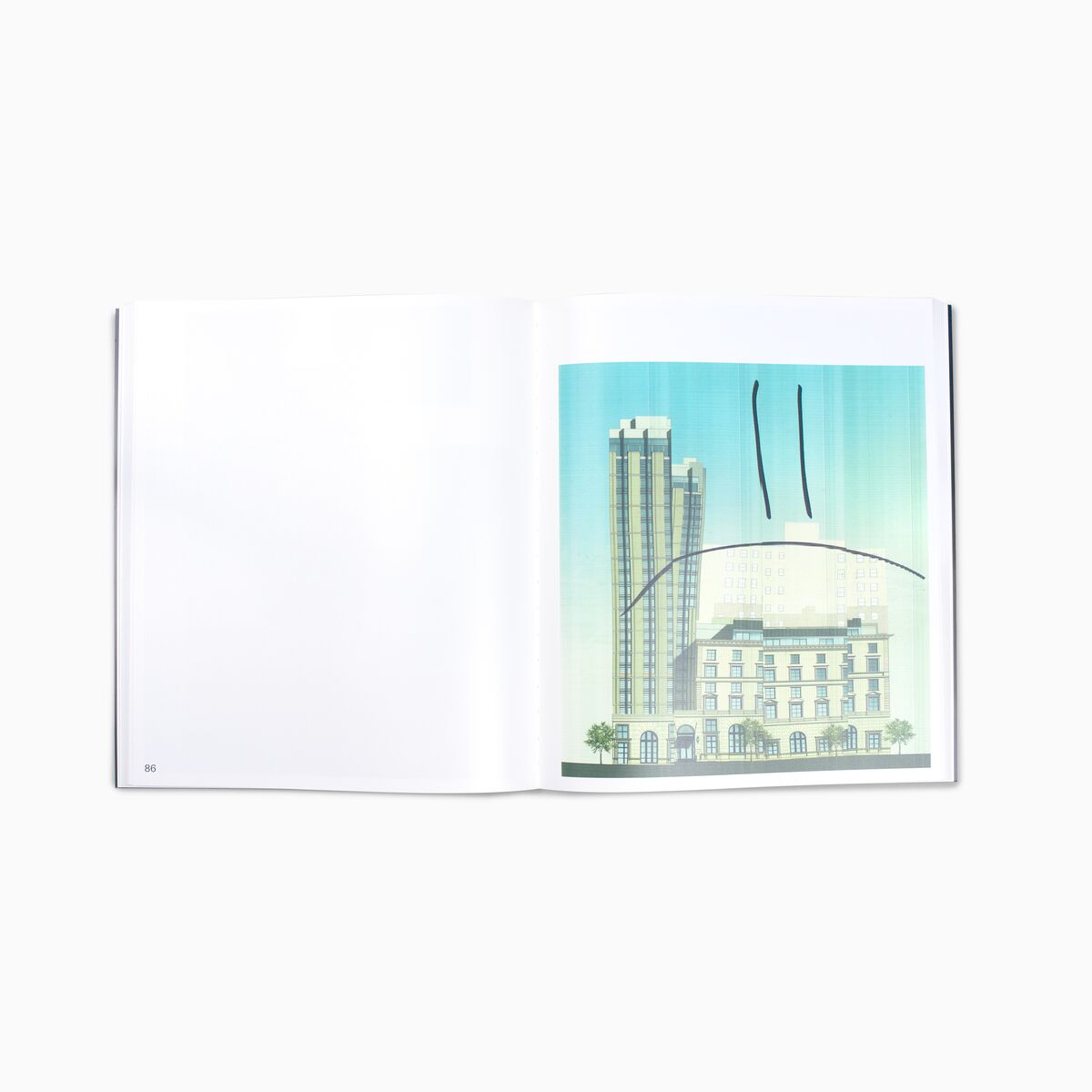 Bearing only a cheap, hand-held digital scanner, small enough to stick in a back pocket, Relph has scoured New York City for the last seven years, hoovering up imagery on the rendering posters that adorn fencing around the city’s ubiquitous construction sites. The raw material is profoundly strange in itself—images of soon-to-be skyscrapers intended to signify progress and über-luxury but often suggesting end-times nightfall. Relph has assembled the pictures, raggedly gathered and stitched-together, in a way that feels like a post-punk, post-Pictures-Generation guide to New York City, handy for the tourist in need of assistance navigating late capitalism’s great urban uncanny. 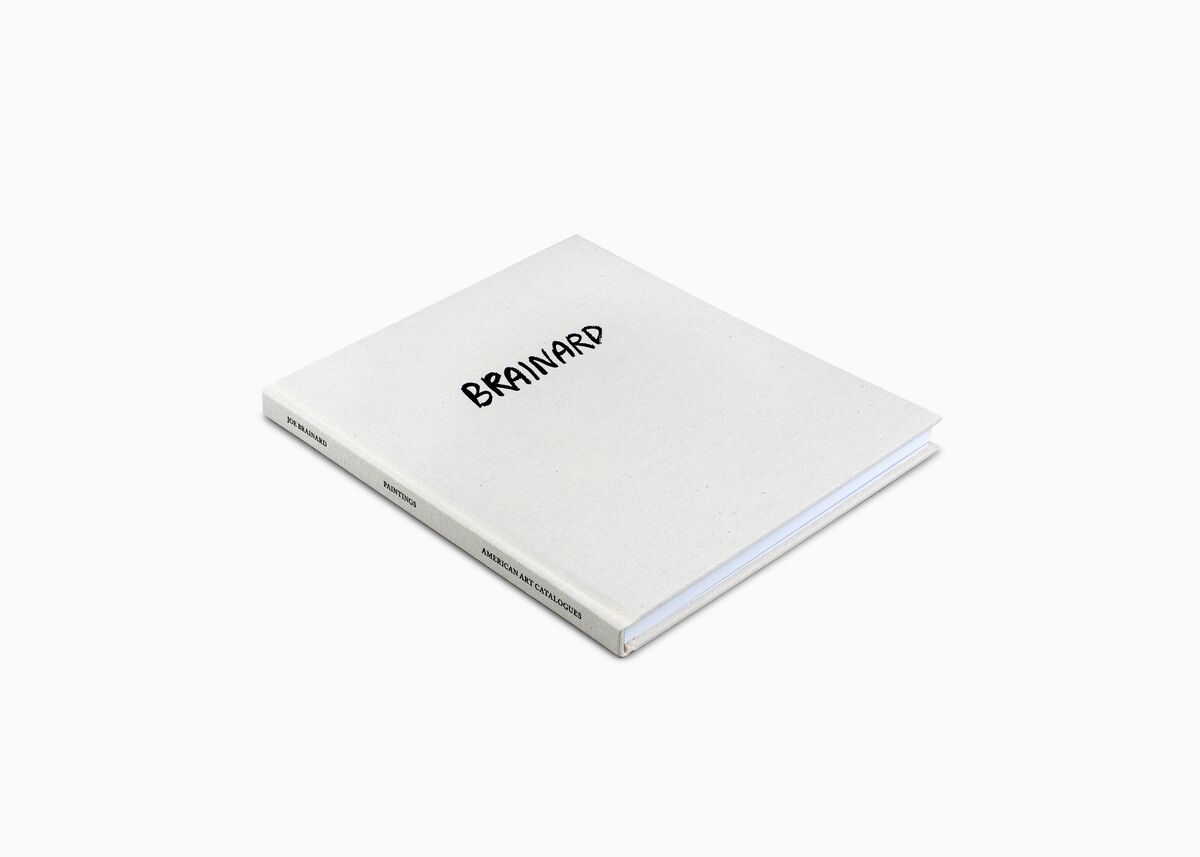 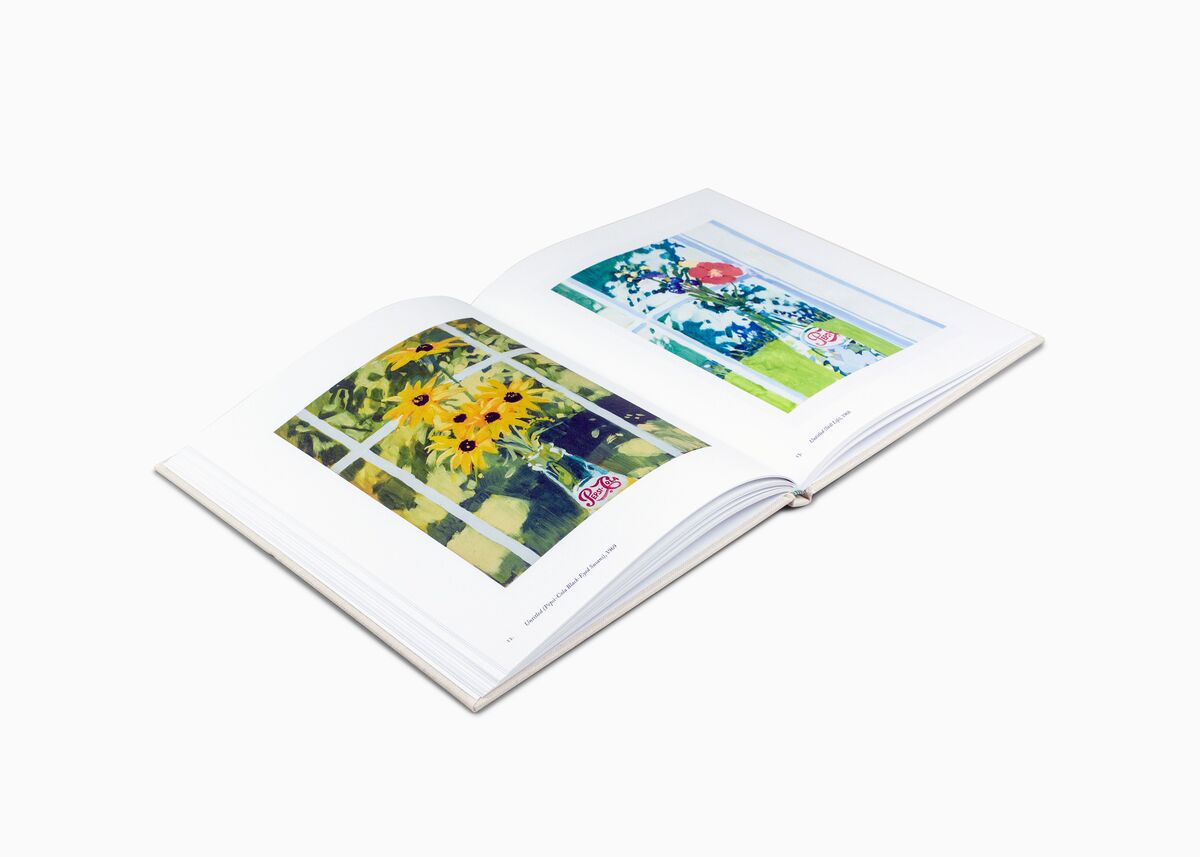 Brainard, who died of AIDS in 1994, lived as fully as almost anyone of his day in both the art and poetry worlds of New York City. He wrote (beautifully, hilariously, wisely), he painted and drew, and he contributed illustrations to the books and zines of the writing and art of his many friends. This collection of his paintings from the late 1960s and early 1970s sings in a more classic register than some other bodies of his work, which drew on cartooning, camp and high irony. Here, by contrast, are lovely pale flowers, twilight roofscapes and lounging dogs, with the occasional butt-filled Cinzano ashtray or naked torso to suggest bohemia. Brainard was an unabashed book lover and he would have loved this one, a beautiful production, from the matte dustjacket to the embossed black signature on the cloth boards. Alex Da Corte contributes a loving concrete-poem introduction and a selection of Brainard’s letters to Fairfield Porter about painting is included, ending with the entirely Brainardian fret that he might be pulling everyone’s leg in his taking painting seriously: ‘I am, but I’m pretty serious too about a lot of other things I wish I wasn’t so much so about, I think.’ 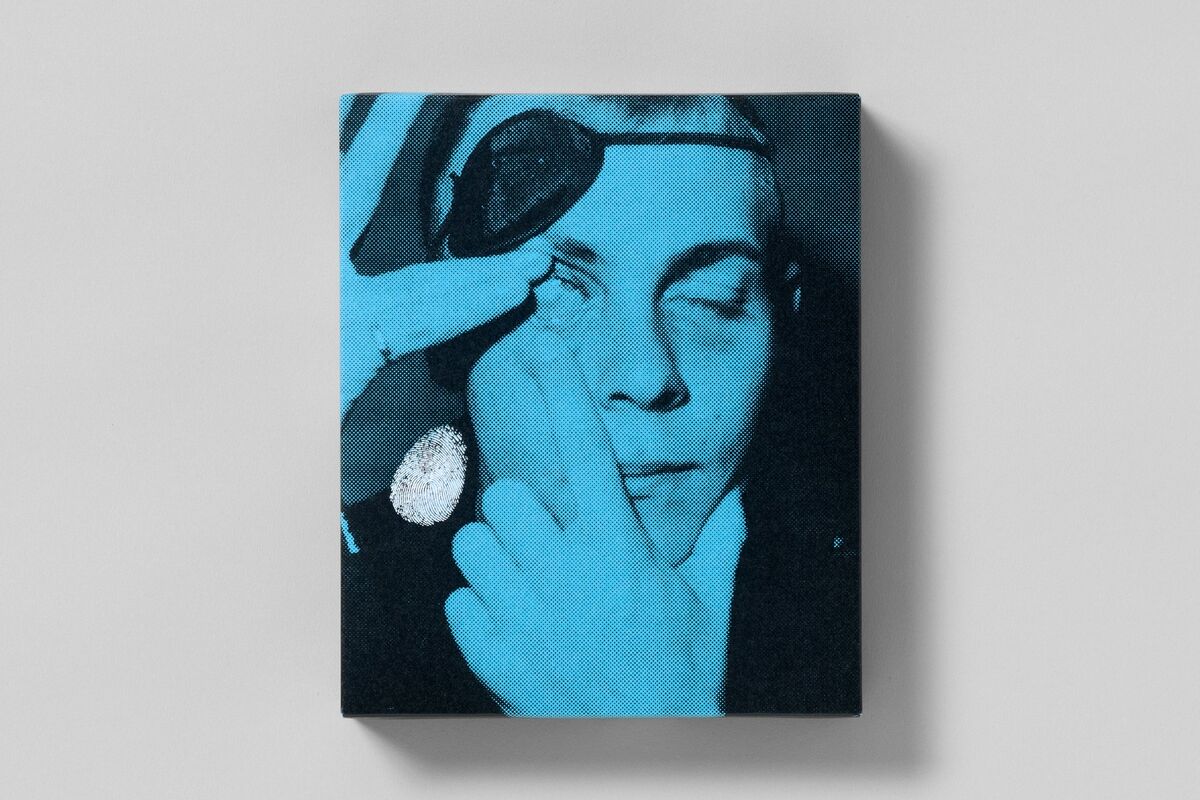 This isn’t exactly a book. But then again, for more than 40 years, Goldberg has never followed any predictable path as a photographer, artist and bookmaker. ‘Fingerprint’ is a small illustrated box filled with 45 loose facsimiles of never-before-seen Polaroid prints from his magnum opus, ‘Raised by Wolves,’ a decade-long project in which he documented the destitute lives of street kids in Los Angeles and San Francisco. The project yielded a classic (now highly elusive) 1995 book, but it was never fixed in one medium or place. It was an archive, a collection of relics, a series of oral histories and a vast multitude of prints annotated in the handwriting of his subjects, all of which Goldberg has continued to live with and think through, partly as an ongoing indictment of the depredations of post-Reagan America. 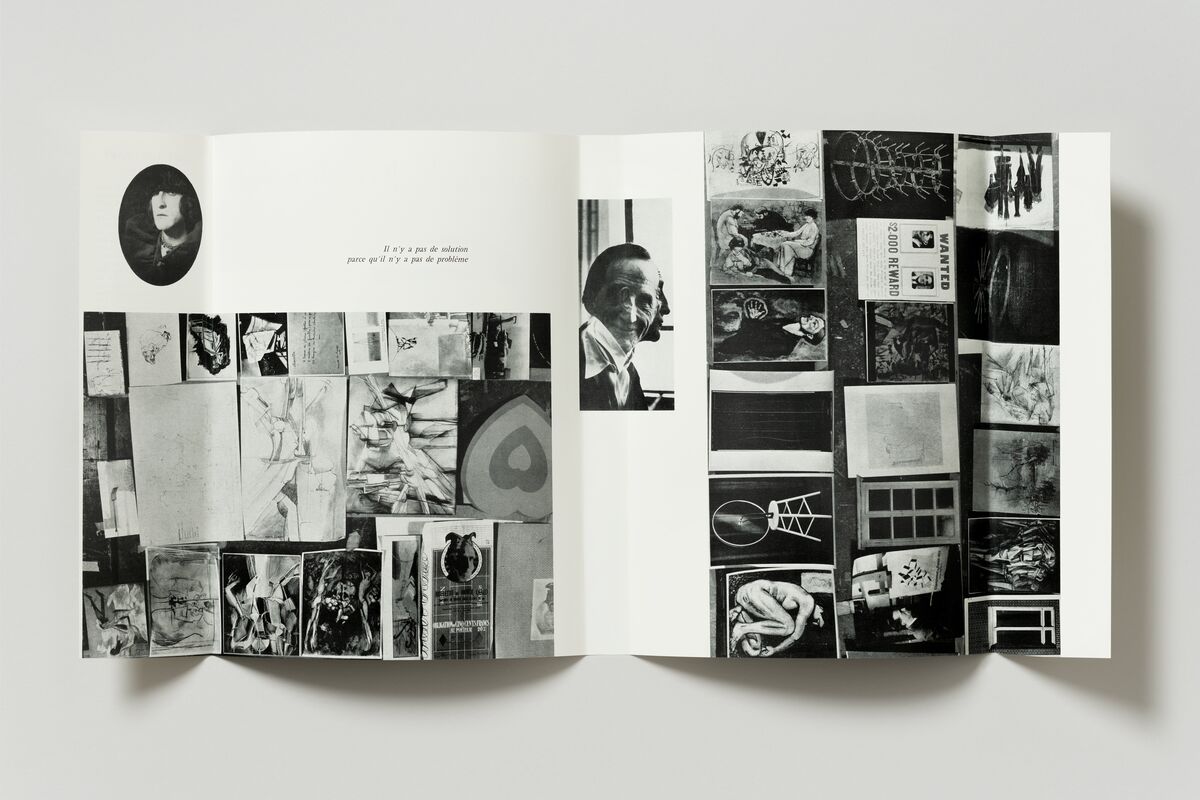 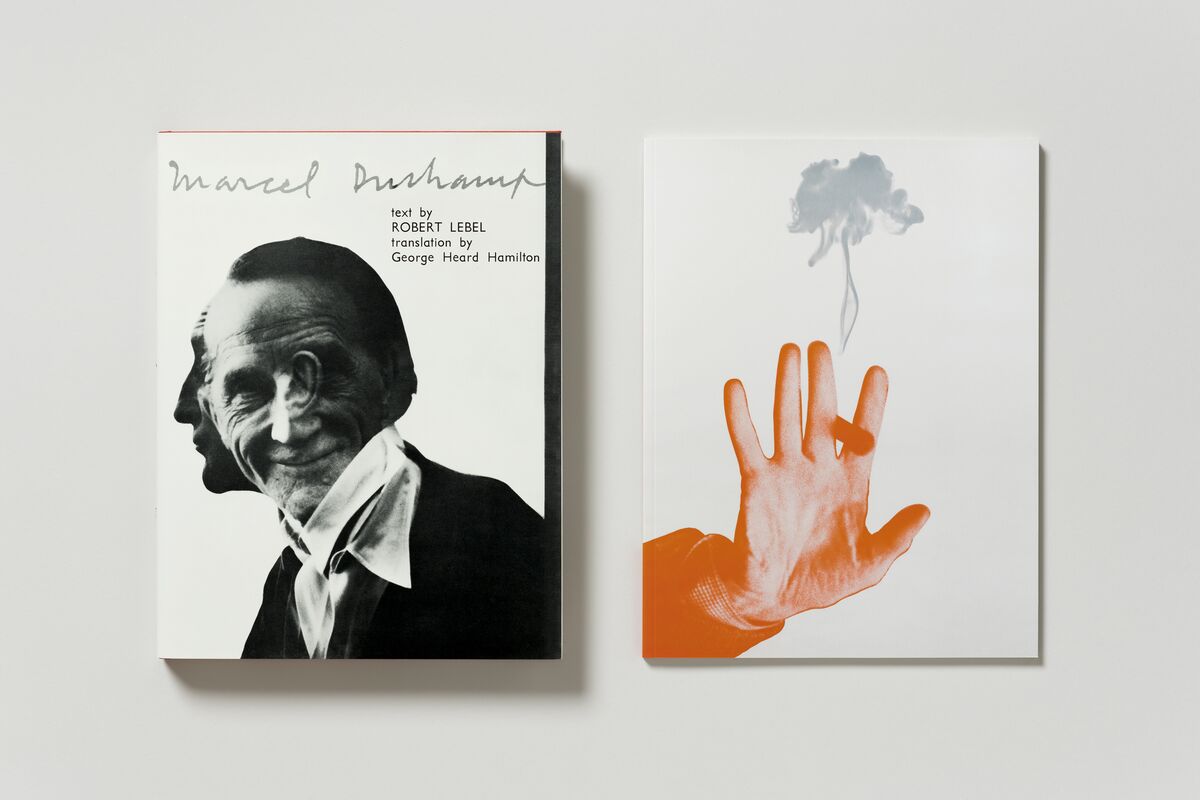 I can’t credibly claim to be unbiased about this book, but I’m pretty sure I’d feel the same about it no matter who issued my paycheck. It’s a book fetishist’s fetish object, a painstakingly recreated facsimile of the Grove Press English edition of the monograph that reintroduced Duchamp to a new generation, setting American artists in particular (Johns, Rauschenberg, Nauman, Celmins) zinging off on altered paths. The pages, with letter-by-letter recreations of the original font and tipped-in color illustrations, have that feel of Old World authority that I remember from childhood in the buckram-bound books I’d pull from the high shelves of my county library. This edition is, in a sense, also a remade readymade, recreating Duchamp’s and Robert Lebel’s assembly of the book as a work of art, much as Duchamp in 1964 oversaw the manufacture of eerily accurate editioned replicas of his original found works, like ‘Bottle Rack’ and ‘In Advance of the Broken Arm.’ As such, the book takes its place somewhere in Duchamp’s famous gap: ‘What art is, in reality, is this missing link, not the links which exist. It’s not what you see that is art; art is the gap.’ 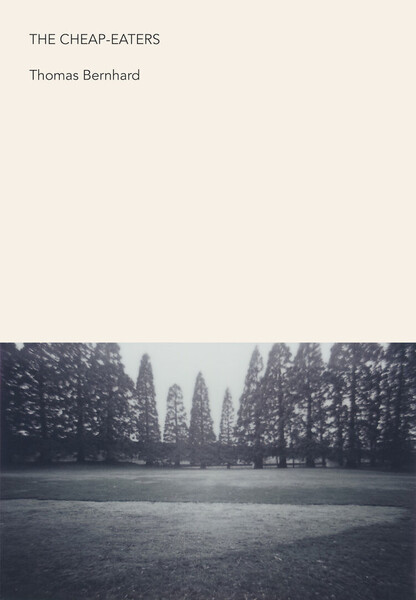 I’m a fanatic for Bernhard (1931–1989.) He could have written about tax policy or lawn-mower repair and I’d still follow his funny, furious, obsessively recursive books to the ends of the earth. This slim edition, with a sharp new translation by Douglas Robertson, brings one of Bernhard’s lesser-known creations back into English circulation, the story of Koller, a misanthropic Viennese physiognomy scholar who finds a kind of heaven among a group of regulars at a cut-rate public cafeteria. (‘For years he had fraternized with the cheap-eaters and had eaten cheaply with the cheap-eaters, had eaten more cheaply with the cheap-eaters than anywhere else and actually he had never eaten both as cheaply and as well anywhere else . . .’) The cover’s austere park view, by John Brian King, beautifully captures the book’s cloistered mood. Spurl, one of the most adventurous new small presses, keeps up the good work, and this one makes the perfect stocking stuffer for your most sensitively disaffected literary friend.