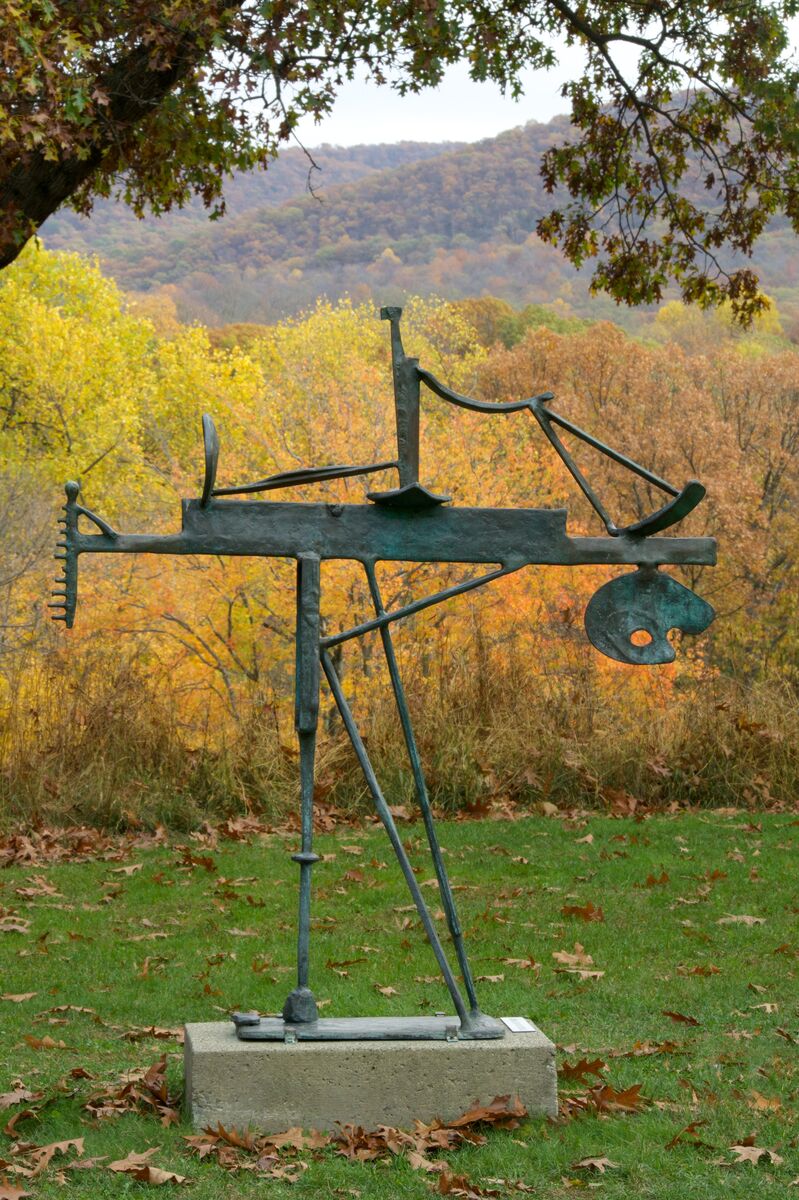 As fall visitors flock to Storm King, the historic outdoor museum in New York’s Hudson Valley, chief curator Nora Lawrence talks about the idea of site and the sculpture of David Smith.

I would like to make a sculpture that would rise from
water and tower in the air—
that carried conviction and vision that had not
existed before
that rose from a natural pool of clear water
to sandy shores with rocks and plants
that men could view as natural without reverence or awe
but to whom such things were natural because they were
statements of peaceful pursuit—and joined in the
phenomenon of life
—David Smith, 1947

Randy Kennedy: I wanted to see if you might speak a bit about Storm King’s development and the place of Smith’s work in that history.

Nora Lawrence: Storm King was founded in 1960, and at the time the site was not at all landscaped in the way it is now. The institution had initially been founded as a nonprofit for the arts—with an ‘s’—a place for music and art, and early on in the history there had been performances and indoor exhibitions and even a 1963 exhibition of Winslow Homer’s watercolors. So the idea of outdoor sculpture as a concentration was not here from the start. David Smith really created the work that influenced Storm King to think outside, to move outdoors. Our founder Ted Ogden—who had been collecting sculpture since 1961, mostly in Europe, though without a specific focus—drove up in 1966 at the urging of his niece, Judy Thompson, to see Smith’s studio and work at Bolton Landing, on Lake George, a year after Smith’s death in a car accident. Ogden eventually bought 13 sculptures of Smith’s, and that made Storm King into the institution with the largest single holdings by David Smith and certainly the most outdoor sculpture. What Ogden saw when he went to Bolton were at least 89 sculptures that Smith had installed outside across the beautiful property. We know both from photography and other sources that Smith really enjoyed taking these sculptures and moving them around, sometimes bringing them closer to Lake George and photographing them in different ways, and that he really considered the sculptures as things he wanted to think about in an outdoor environment, with the land as an inherent element of the work’s nature. This was extremely influential to Ogden, who saw the resonances between Storm King’s landscape and that of Bolton. 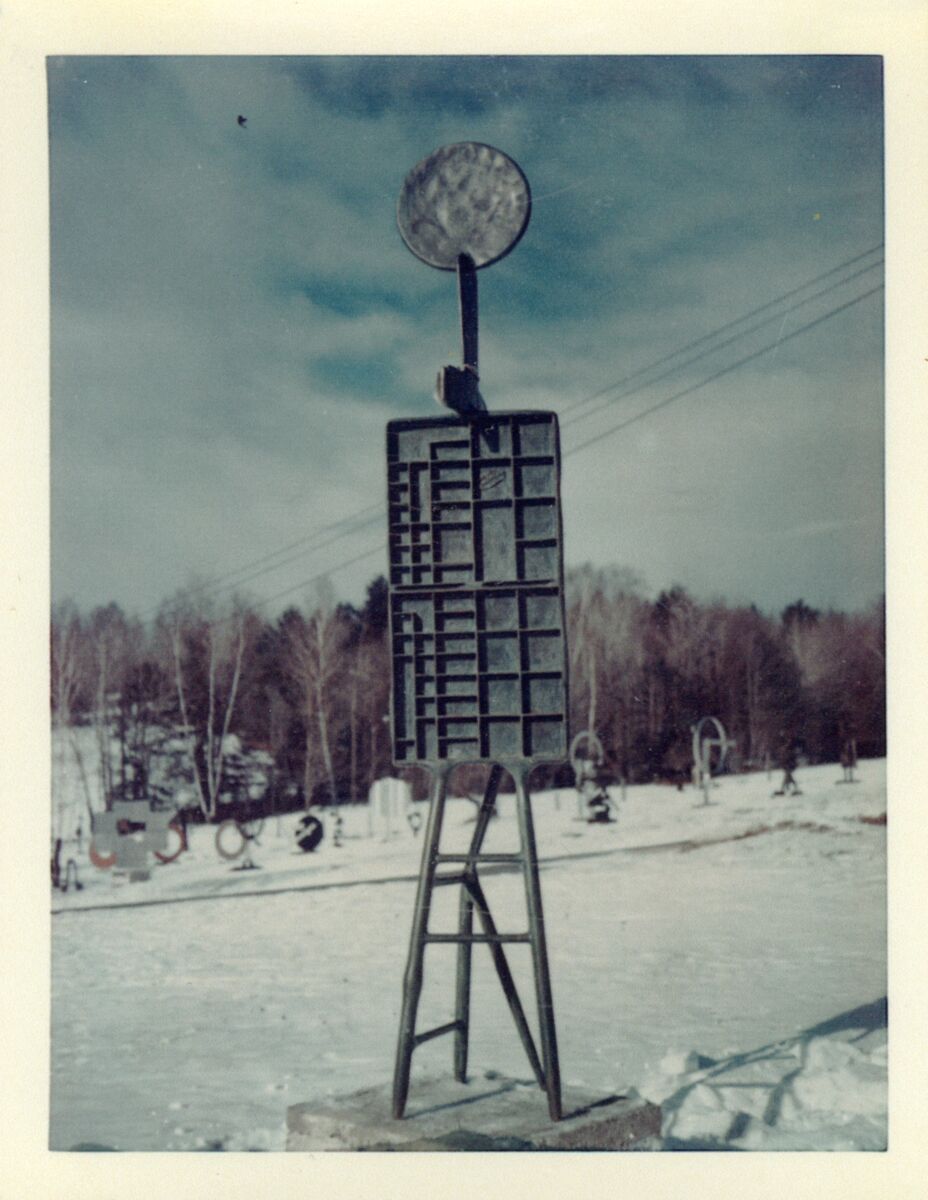 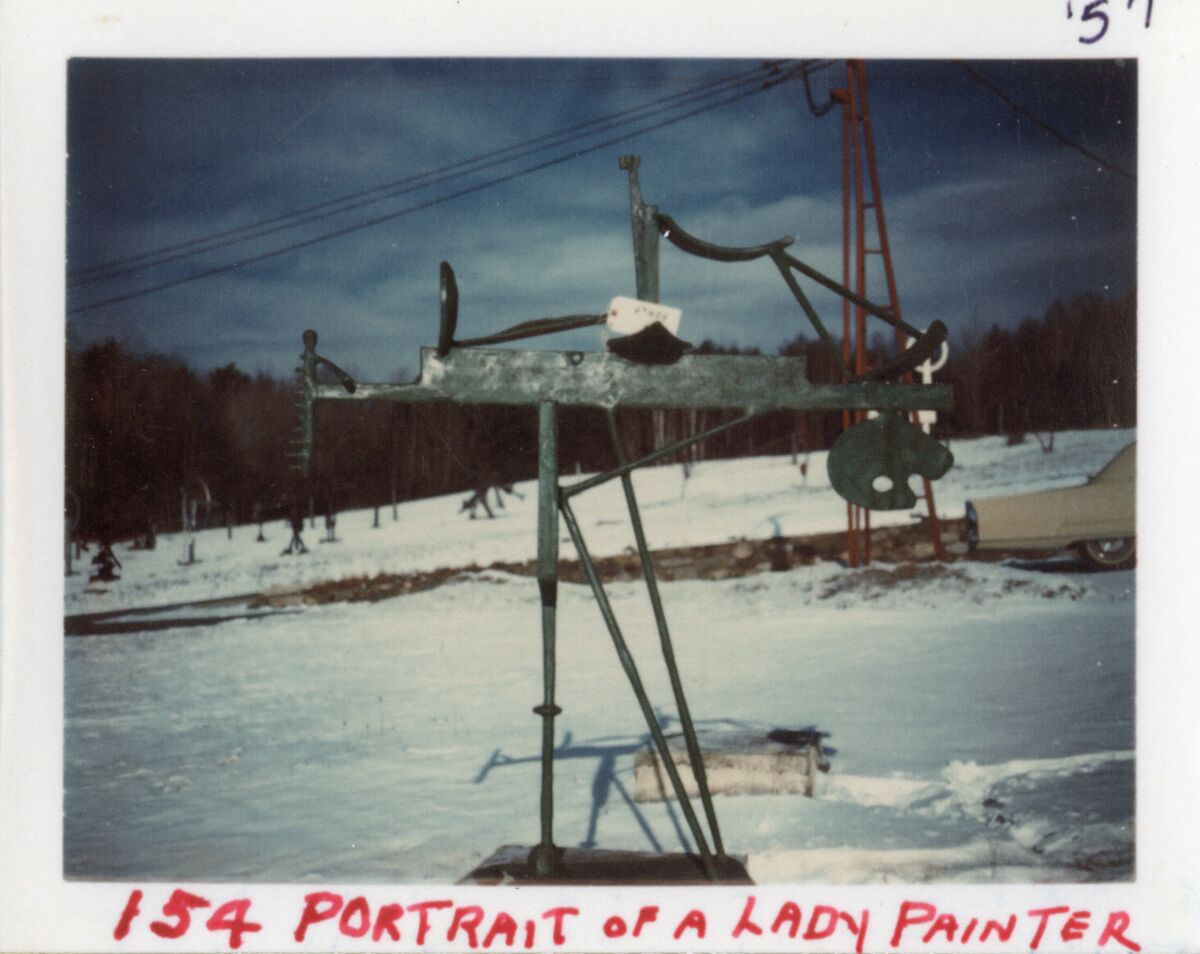 RK: How did that influence carry on as Storm King expanded and broadened its interest in forms and genres of outdoor sculpture?

NL: Well, for example, in 1975, our co-founder, Peter Stern, Ogden’s son-in-law, saw Mark di Suvero’s groundbreaking Whitney Museum retrospective in which he installed outdoor pieces on sites in all five boroughs, and when Stern met di Suvero and talked to him, he said: ‘Hey, what are you doing with these pieces next? Because I have an idea for a great place for them, a new home for them.’ And so Storm King began to proceed with this idea of artists’ need, what artists wanted to do with their work and how they wanted it to be seen. And the institution, propelled by artists, kept pushing further into the 500 acres of our site. When Richard Serra came in preparation for his work ‘Schunnemunk Fork’ in 1991, the field that he chose was just a rolling field, and there had not been intentions of putting art there, but Serra saw a place where he could make the work he wanted. Andy Goldsworthy’s ‘Storm King Wall’ did the same thing, pushing Storm King further and further. I think a lot of that had its roots in the light bulb that went off in Ted Ogden’s mind upon seeing Smith’s work and the way it functioned on the land. Smith once said that he needed works to be seen outdoors, that they were supposed to be seen there, that they were flat without sunlight, they didn’t make as much sense. And in Smith’s photography of his pieces through the seasons—with snow and greenery and leaves—you can really see him thinking about the works as things that were absolutely part and parcel of the space around them.

RK: Smith is a canonical formalist, but in many of his pieces his use of tools and human forms and industrial objects makes for an implicit political point of view, on the side of the worker and labor. As the genre of public sculpture becomes more and more scrutinized for what it’s saying—questions about for whom and for what reasons such space and resources are being used—do you think Storm King has followed artists in their explorations of the political functions of sculpture?

NL: I think at Storm King—and it’s what Smith wanted for his own work—an important factor is not seeing things in isolation, in a neutral environment that doesn’t have anything to do with anything else in the world. Smith was using techniques that he had learned working in factories, and he was very connected to the working-class world. He saw himself as a worker and spoke about how he felt that there were human connections to be made through art that weren’t possible in the same way with the written word. And in pieces like Lin’s ‘Wavefield’ you see work two generations later that is so obviously connected to the land and is an expression of her critical concentration on environmentalism, climate change, species loss. She created it from a decimated gravel bed from gravel and dirt that had been taken from the surrounding fields in the 1950s for the construction of the New York State Thruway. It was really kind of a land reclamation project, coming out of her interest in landscape and in what we called viewsheds, meaning what you can see in your visual field from wherever you happen to be. I think that type of care and that kind of interest in using the reclaimed and the recycled—even though it might not at first glance seem to be connected to Smith—really is, and it shows you some of the continuities between works, continuities in artists’ thinking over generations about transformation and, in Storm King’s case, about the land.

In July of 2021, Nora joined Jennifer Field, the Executive Director of the Estate of David Smith and artist Virginia Overton for a walk-through and discussion on Smith's exhibition, 'Follow My Path' at Hauser & Wirth 69th Street in New York

Nora Lawrence joined Storm King as a curator in 2011 and has been senior curator since 2018. She has organized numerous exhibitions, including ‘Indicators: Artists on Climate Change’ (2018), one of the first major museum exhibitions about climate change. Previously, she worked in the Department of Painting and Sculpture at The Museum of Modern Art, New York, where she was involved with several exhibitions, among them ‘Ernesto Neto: Navedenga’ (2010), which she co-curated; ‘Color Chart: Reinventing Color, 1950 to Today’ (2008); and ‘Focus: Picasso Sculpture’ (2008). She has also worked at the National Gallery of Art, Washington, and at MoMA PS1, New York.