Takesada Matsutani on the subversive beauty of Tetsumi Kudo’s art 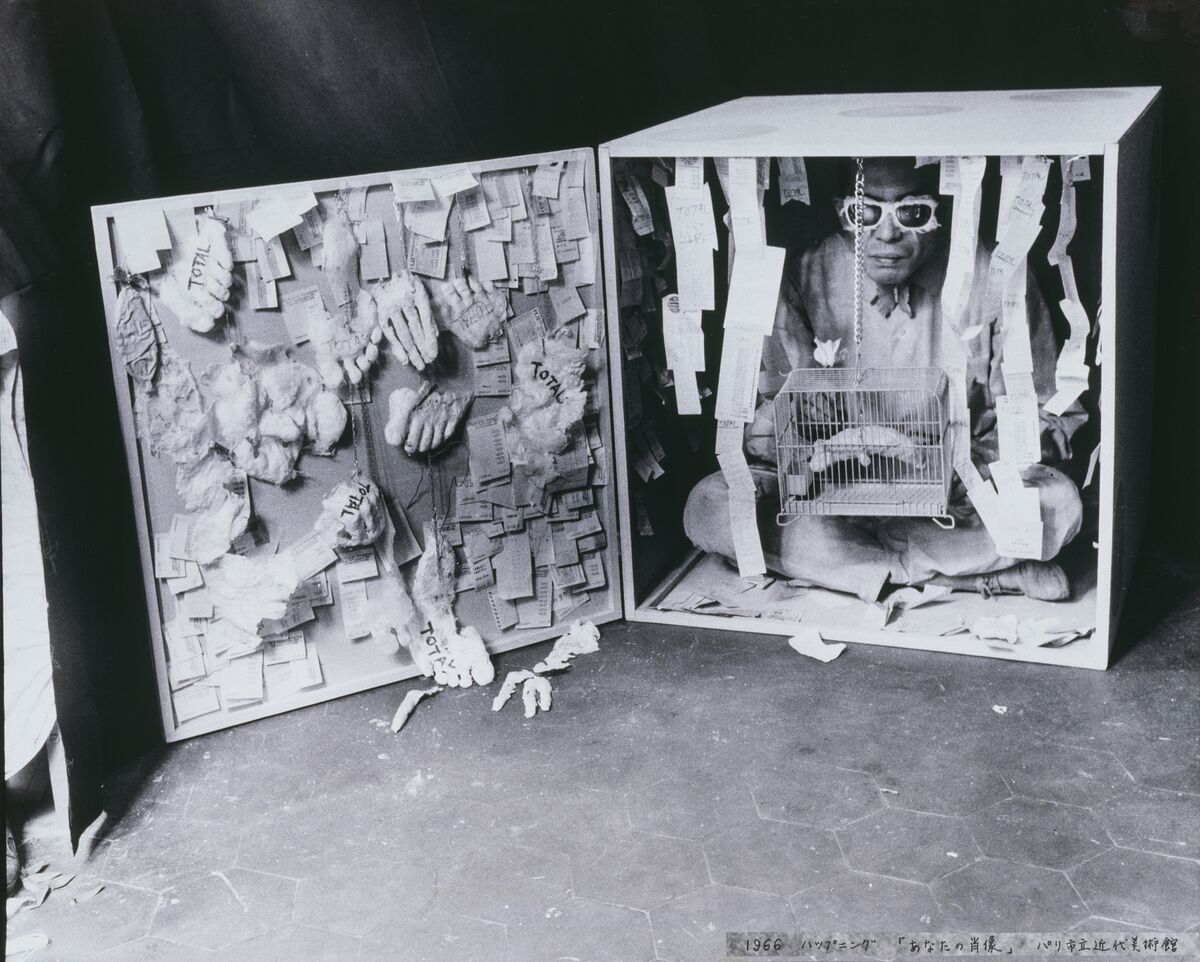 I remember vividly the strong draw to the intensity of Kudo’s work when I first saw it. Like Kudo, the Gutaï group that I was part of also severely subverted any commonplace criteria for beauty. Our brash actions worked against formal, acceptable registers of ‘the beautiful.’ Our concern was originality, to be new art—that was beautiful. We eliminated any literary quality.

Kudo was telling a tale. Whereas we in Gutaï had the structure and support of a group to confront society, Kudo operated as a lone militant. He was born in 1935, and by the time he reached adulthood, he had experienced the hellish period leading up to the end of the Second World War, the destitution of the war’s wake and the turning point in attitudes that came thereafter. This historical backdrop must have had a major impact on his thinking and art. It is striking that accounts of his time at the Tokyo National University of Fine Arts talk of Kudo being in open conflict with his all-too-conventional professors. He was already sensing a world opposed to idealized art. Kudo chose to live as an artist by rejecting established thinking, driven by the rebelliousness of a combative spirit. He carried that spirit to the end of his life. 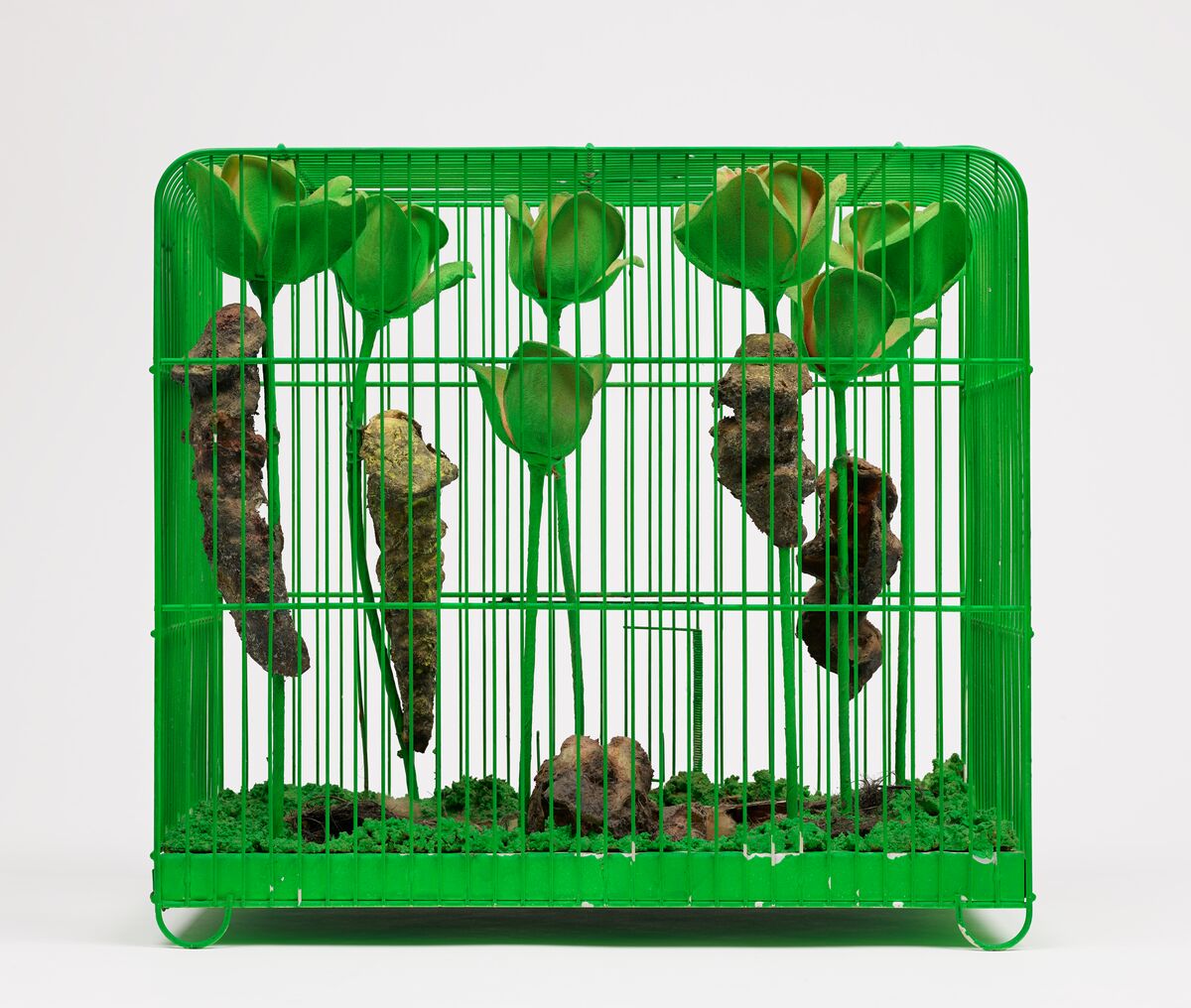 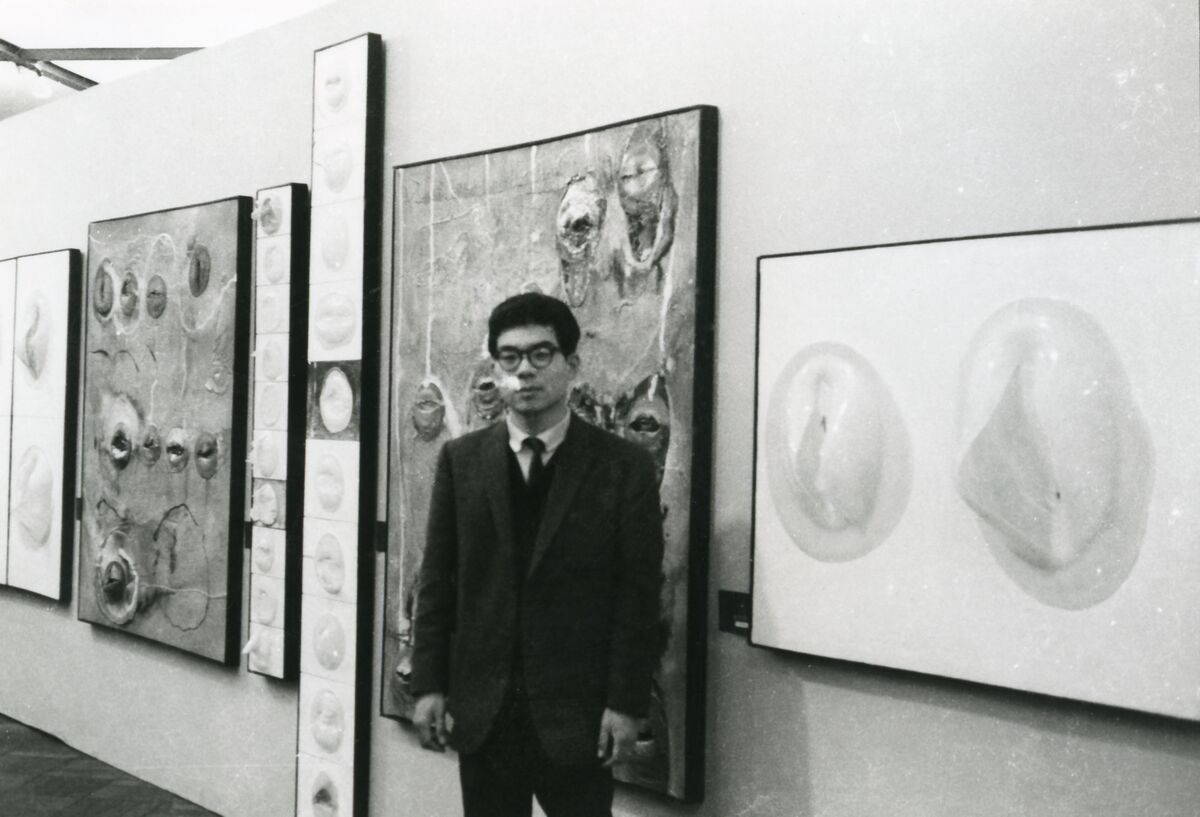 I was powerfully drawn to his birdcage series, beginning with ‘Your Portrait’ (TK ). Despite it being a macabre work depicting body parts, making me want to look away, I couldn’t help but come back to stare at it. The colored strings that ran through it were beautiful in a simple sense. But the vibrancy of those colorful strings intermingling ironically throughout an otherwise hideous-looking work made it truly beautiful. What draws me to this work? What is beautiful in the frightening? Kudo worked meticulously with everyday items—colorful string, birdcages, artificial flowers, candles and other cheap materials—carefully placing each object in a cage following some sort of intended mental image. A body, a ridiculously large head, a skull, dismembered hands and feet. Eyes that appear to be alive within a rotting face eaten away by microbes. A moldy phallus beyond repair. Various colored strings twined with artificial flowers and plastic greenery. Strange sticky creatures trapped in the cage. Snail or slug-like creatures spreading outside the cage. Kudo’s face trapped inside a birdcage, and Kudo’s face looking in from outside. Kudo himself, staring at the world with piercing eyes from both inside and outside the birdcage. 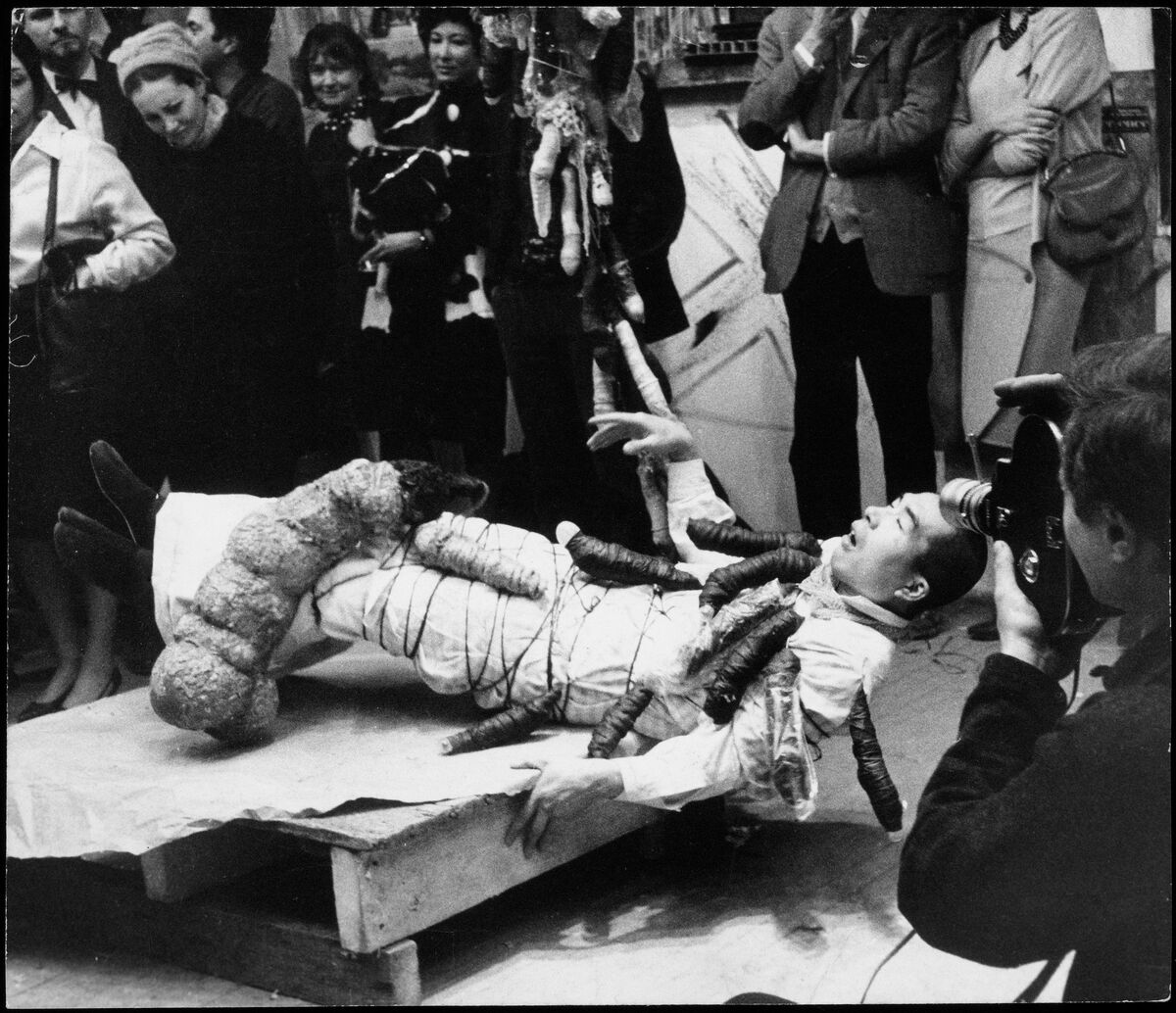 Kudo’s provocative art (is it black humor?) confronts us with the irrationality of the human world—it makes the body and genitalia impotent and gives form to the vistas of his mind, shape to that which is at the heart of irrationality, bearing witness to human existence. The work expresses an equivocal maleness: the strength and limits of a man’s self-awareness, the destructive violence of sexual energy. For Kudo, physical impotence is a metaphor for society itself being made powerless. In his recriminations of society, the moldy phallus also exemplifies human debilitation. His art was a testimony. He positioned himself in the middle of the tremendous conflict between internal human existence and the external world humans must confront daily, with its paradoxes of desire and repulsion, confirmation and denial. How much of his work was meant to feel like a personal declaration and how much a direct address to society, I don’t know. We met only a few times at exhibitions in Paris. He was not the sort of man who sought out his compatriots there.

Is it the raw stripping-away of pretense that makes me stare and fix his work in memory? Is his use of the organic-gone-bad a stance against society? What percentage of the work is carried by his own demons? Whatever the answers to these questions, the beauty in Kudo is in his honesty. When Alain Jouffroy learned that Kudo intended to return to Japan to teach at the Tokyo Fine Arts University, he couldn’t believe it. Kudo’s decision was not born of nostalgia. I heard that he did it because he was damned if another artist whose ideas he abhorred would end up getting the job instead. The militant in him had something left to say to young Japanese artists, and he was not about to miss such an opportunity to pass on his ideals. Always the combative skeptic, the reclusive artist, Kudo fixed his sights to challenge to the world.