Thoughts on Art, Shit and ‘Merda d’artista’ at 60
By Jamieson Webster 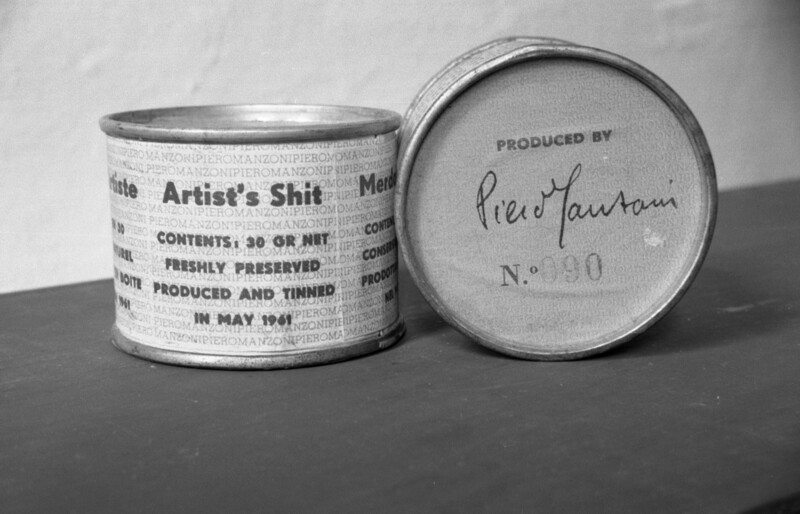 Meant to be as inconspicuous as possible in human civilization, shit plays a rather conspicuous part of the human psyche. But the closer one gets to the fecal and its psychological and material, bodily, reality—in particular what psychoanalysis actually has to say about it—the stranger and more alien the topic becomes. What better opportunity for a rapprochement with our relation to defecation than the celebration of this work, of all works, ‘Merda d’artista.’

For Freud, when homo sapiens began to walk upright we renounced our interest in mutual smelling of the genitals and anus. Defecation entered into social conditioning, meaning that we were taught to find feces disgusting and unclean; bodily waste products were to be gotten rid of, even to be ashamed of. We conduct our relations with them in privacy. During a child’s toilet training, giving up feces means giving up a certain kind of original instinct or pleasure (and we can sense how alien taking pleasure in feces is, unlike other renunciations, for example of pure sadism). We make this sacrifice first for mommy—to please her, as it were—and then eventually for civilization as a whole. Anal defiance is the refusal of these limitations, of the restrictions on one’s personal freedom. It is an unwillingness to miss out on any pleasure, especially when it comes to a pleasure that is for the other. 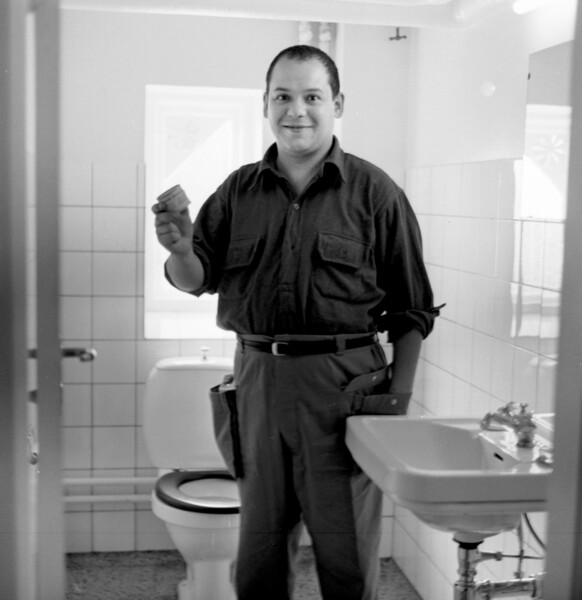 ‘Lacan said that Rome was bound to be the first great civilization because it streamlined its sewer systems.’ 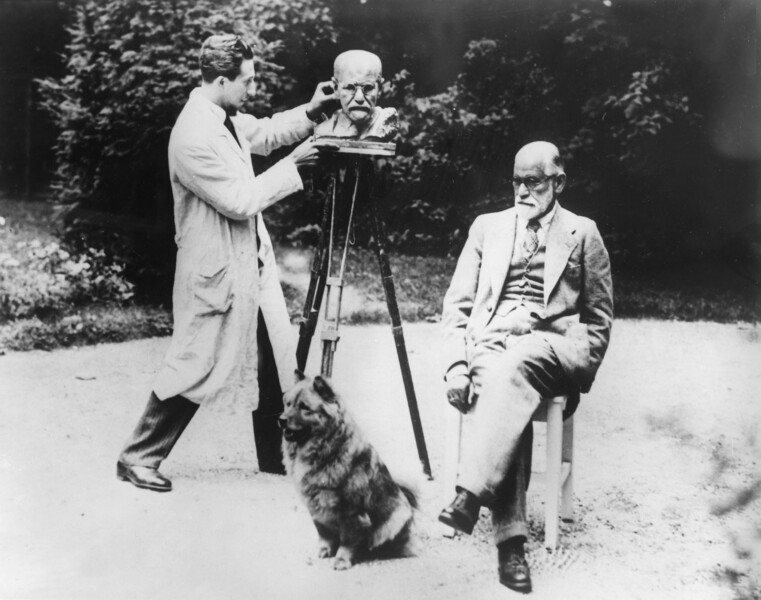 What is of prime importance for Freud is to make clear that, while this equation creates a primer for our relationship with our own body, with the body of the other and with what may be exchanged or wished for between parties, the equation is deeply material. The excitation of the mucous membrane of the anus by feces is a first intimation of penetration by a penis into the vagina, or of a baby being born. This is a rather strange thought and leads Freud to say something that many women have taken issue with, namely, that the vagina is on lease from the anus. But while it may have angered some women, it went a long way toward explaining something about misogyny, no less racism, since both women and racialized peoples are often marginalized by being classified as impure or dirty. 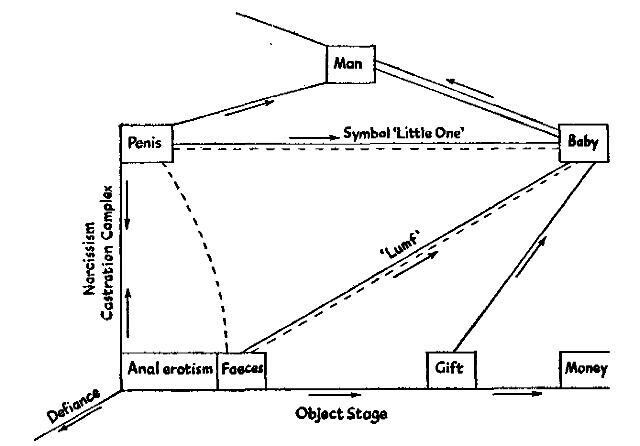 ‘The anus is the orifice of alchemy, of magic and of transformation: shit into gold, gold into shit.’

The materiality of the unconscious that is manifested by anality cannot be underestimated, nor the passions that spring from it. ‘Those who question this derivation of gifts should consider their experience of psychoanalytic treatment, study the gifts they receive as doctors from their patients, and watch the storms of transference which a gift from them can rouse in their patients,’ writes Freud. 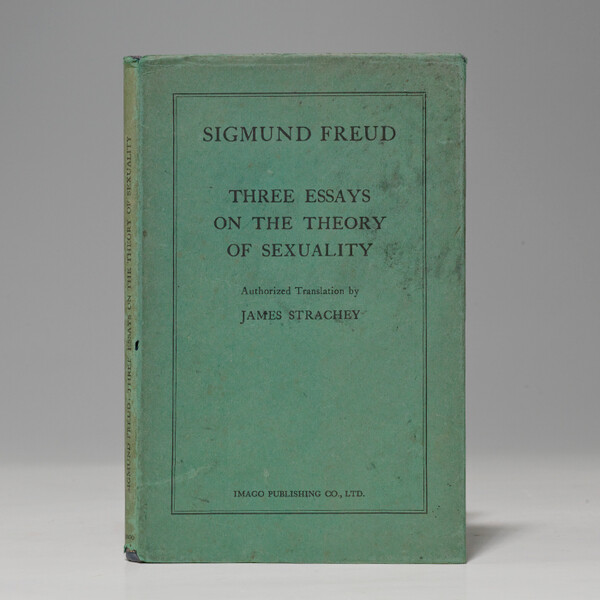 In a 1908 Freud paper, there’s a fascinating footnote in which he recounts a conversation with a patient about that patient’s friend, who he said that agreed with most of what Freud had to say in his landmark ‘Three Essays on the Theory of Sexuality’ except the bit about the child who refuses to empty his bowels when put on the toilet, deliberating about whether accepting this restriction will impede his sense of freedom, in particular freedom over his own pleasure, which he is anxious not to lose. Freud’s patient said the man found the passage so grotesque and comic that he laughed for nearly a quarter of an hour. The two men laughed about this other man’s laughter and then carried on talking. Freud writes:

About twenty minutes afterwards, as we were having some cocoa, he suddenly remarked without any preliminary: ‘I say, seeing the cocoa in front of me has suddenly made me think of an idea that I always had when I was a child. I used always to pretend to myself that I was the cocoa-manufacturer Van Houten and that I possessed a great secret for the manufacture of this cocoa. Everybody was trying to get hold of this secret that was a boon to humanity, but I kept it carefully to myself.’ Laughing, and without thinking at the time that my words had any deep meaning, I said: Wann haut'n die Mutter?’ [‘When does mother smack?’] (p. 171-172).

Freud’s accidental interpretation in the form of a pun on the name Van Hauten (‘Wann haut’n’) equates the great coco manufacturer with the necessary smack of a mother against a child’s stubborn refusal.

Isn’t this anal secret—what is inside Manzoni’s tins, for Christ’s sake?—also the secret of the alchemy of anality? The anecdote is more prophetic than Freud could have known. Yes, the anus is the orifice of alchemy, of magic and of transformation: shit into gold, gold into shit. One might imagine that when Marx said ‘all that is solid melts into air,’ about capital, he was talking about the great toilet that is capitalism, the accumulation of commodities like feces, and the way any sense of labor—pushing—goes under repression. Every day we have to work, we have to physically push feces out, but all we think about is money. Manzoni condenses, compacts even, these vicissitudes in work, in his manufactured tins.

‘Obscene amounts of money can be made—obscene, in fact, like feces—literally by selling shit that creates more shit, un-dissolvable shit.’

Problems surrounding the pleasures of accumulation and the difficulty of loss and letting go find new vicissitudes in a 21st century throw-away culture that encourages us to spend, spend, spend in the sublime heights of conspicuous consumption and conspicuous waste that is global capitalism. Obscene amounts of money can be mad —obscene, in fact, like feces—literally by selling shit that creates more shit, un-dissolvable shit. Our polluted earth is the visible spectacle of thousands of years of human civilization in which what is kept as valuable and what is garbage, what is natural and what is manmade, are increasingly rendered indistinguishable, to the degree finally, we see human creation as creation: There is no natural order. We’ve made it all up. One’s person’s gold is another’s shit. If humankind can make one thing, humans who try to exercise so much power against mother nature and father time, what is that end product but shit. Look up at your mountains of feces. This is the tragicomedy of the everyday object life that we live out and that will outlive us.

It is our art. Or rather, as Manzoni encapsulated it, it is our world as artist’s shit.

Jamieson Webster is a psychoanalyst in private practice in New York City. She is the author of ‘The Life and Death of Psychoanalysis’ (2011) and ‘Conversion Disorder: Listening to the Body in Psychoanalysis’ (2018); she also co-wrote, with Simon Critchley, ‘Stay,’ ‘Illusion! The Hamlet Doctrine’ (2013). She teaches at the New School.