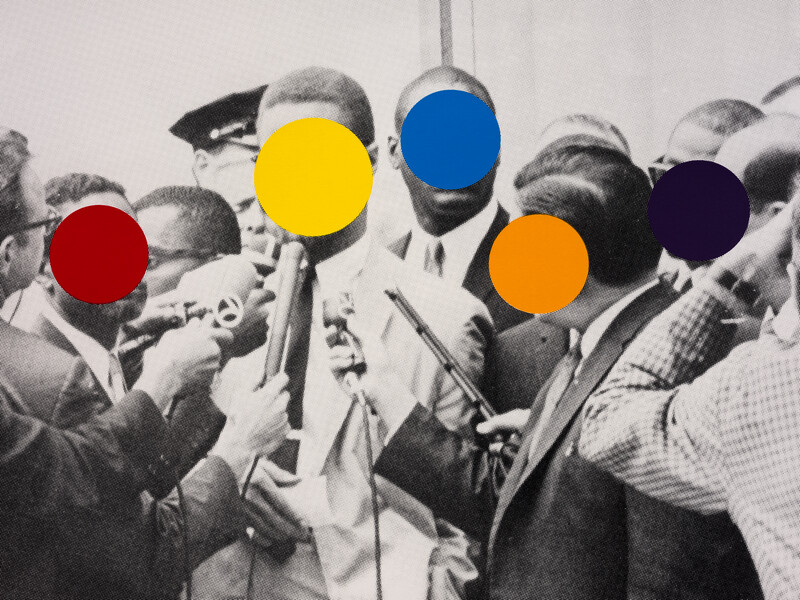 When the California Institute of the Arts embarked on its first academic year in the fall of 1970, its identity was defined more by what it was not than by what it was. It was not, some teachers declared, a school that would prioritize things as old-fashioned as grades or even fixed class hours. It was not a place that would rest comfortably within tradition. It was, possibly, not even a school in the generally accepted sense of the word.

Herbert Blau, its first provost, said it would operate instead as something closer to Antonin Artaud’s ‘total theater.’ One student called it ‘Juilliard on drugs.’ John Baldessari, who would become one of its most revered teachers, said it functioned at its best more like a place of medicine than of pedagogy.
‘Students come to me and say, ‘My art’s sick,’ Baldessari recalled in a conversation with a former student, the painter David Salle. ‘And we help them make it well.’ 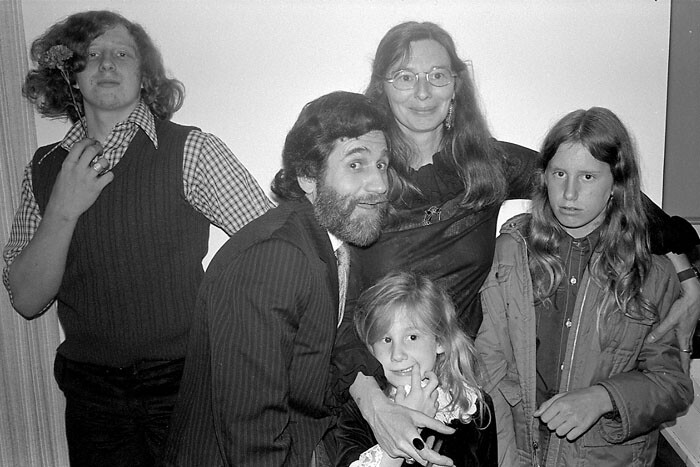 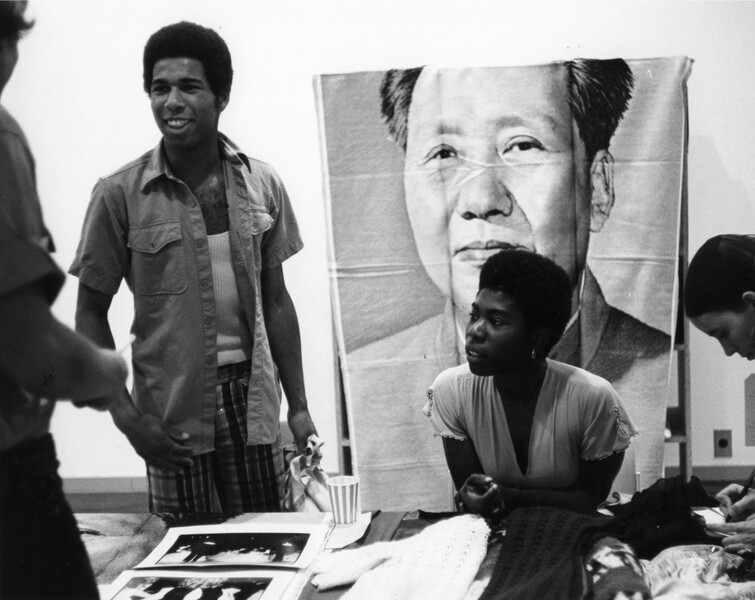 Half a century later, CalArts is one of the most revered centers of art education in the world, in large part because of that early irreverence toward received notion. It has healed, in a very real sense, generations of American and European art, giving it room to thrive outside the power of the market, lending it a tough, at times comic intellectual core and making risk and experimentation cool in a way that its East Coast counterparts rarely did. As Richard Hertz described it in his 2003 history ‘Jack Goldstein and the CalArts Mafia,’ the school changed the art world in a fundamentally Californian way by importing popular culture ‘not like Pop Art, which romanticized it’ but ‘straight from the television tube, straight from the photo lab: pictures of anything that had ever been recorded.’
Over the last year, in an effort to honor that history, fifty CalArts alumni artists have signed on to create limited-edition artworks or unique series for sale to generate substantial funding for a scholarship endowment geared towards the school’s future. ‘50+50: A Creative Century from Chouinard to CalArts,’ as the project is known, has so far released ten of the works, including one by Baldessari, developed and completed by him before his death earlier this year at the age of 88. 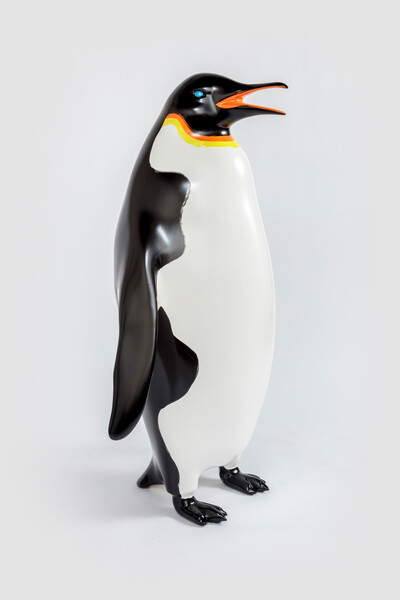 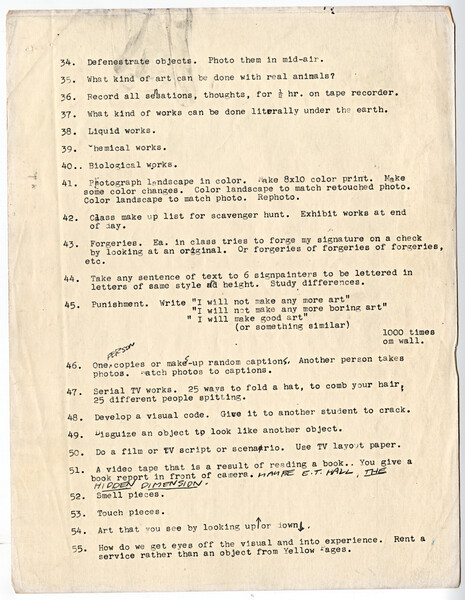 ‘I think of it as covering Baldessari, you know, the way Hendrix covered ‘All Along the Watchtower.’ That idea of a cover is something that people don’t do much in the art world, but I don’t know why.’—Henry Taylor

For a second group of works to be released in the coming months, the veteran Los Angeles painter Henry Taylor will be among the first out of the gate and has—in a notable departure from his well-known figural painting—created a photo-based edition in a nod to Baldessari, using a 1964 photograph of Malcolm X in New York surrounded by a scrum of reporters, the faces in the image obscured by trademark Baldessari color dots.
‘When they asked me to do this, I’d been thinking about the idea of the cover, the way musicians cover songs,’ Taylor said during a recent interview in his downtown Los Angeles studio. ‘One time, on the 100th anniversary of ‘Demoiselles D’Avignon,’ I did a cover of that painting with Josephine Baker in the middle of it—you know, just messing around with history.’ 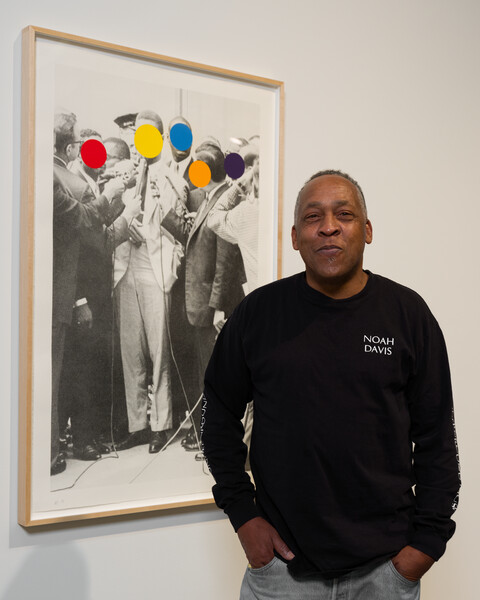 Taylor added: ‘I guess I’d never thought so much about Baldessari, to be honest. But he’s one of those people in the art of this city who are just out there, they’re like the air you breathe, they’re out there hovering. And when I read that he had died I said, ‘That’s what I’m going to do with this edition. It’s going to be a homage.’ It’s going to be part of a series based on photographs that I like, that mean something to me—Malcolm X, Huey Newton in China, other pictures from history. And I think of it as covering Baldessari, you know, the way Hendrix covered ‘All Along the Watchtower.’ That idea of a cover is something that people don’t do much in the art world, but I don’t know why. You know what they say: ‘Don’t let education get in the way of your learning.’ I learn by doing stuff like this, no matter what you’re supposed to do or not do.’

‘[It’s] very much not just a transaction, different from an artist generously donating a work for a cause. It’s a deeply involved process.’—Lisa Ivorian-Jones

Lisa Ivorian-Jones, the founder and director of the 50+50 project, which began at the urging of the collector and CalArts trustee Jill Kraus, said one idea behind the initiative was to encourage artists to work outside their normal studio pathways, in keeping with the spirit of the school itself.
‘For me, it’s been not only artists I never thought I’d work with but also the excitement of getting to watch those artists work in ways they haven’t before, using a different material or something they’ve wanted to do but never had time or help. And that makes it all very much not just a transaction, different from an artist generously donating a work for a cause. It’s a deeply involved process.’
Ivorian-Jones added: ‘A lot of these artists didn’t have the easiest time at CalArts. They were pushed very hard or taken way out of their comfort zones by their teachers and their peers. So it’s been interesting to see how much they love the institution, years later. There’s a real sense of pride in doing this. And they’re all looking at their peers to see what they’re doing for it. Taken together, it’s going to be a historical body of work.’ 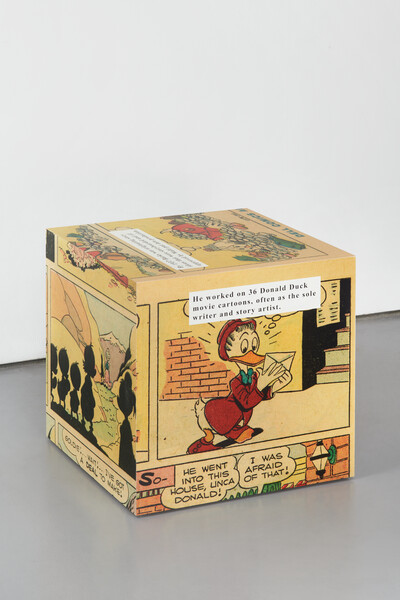 Allen Ruppersberg, who will also be among the new group of artists to participate—for Ruppersberg, large Brillo-like boxes emblazoned with images by Disney animator Carl Barks—said he wanted to use the opportunity in part to foreground CalArts’ roots, its evolution from the Chouinard Art Institute, which Roy and Walt Disney merged with the Los Angeles Conservatory of Music in 1961 to set the formation of CalArts into motion.

‘They taught you how to draw, but you’d also see Man Ray hanging out on the patio.’—Allen Ruppersberg

‘Growing up in Cleveland, I wanted to be an animator,’ Ruppersberg said recently. ‘Coming to Chouinard really, essentially changed my life. It made me into a fine artist, ironically, despite the fact that I was trained by Disney people. In fact, I was lucky to be able to be at Chouinard at that time, in the early ’60s, because it was still old-school in many ways. They taught you how to draw, but you’d also see Man Ray hanging out on the patio and get to hear him give talks.’
While Ruppersberg could have headed east as a young artist, going instead to Los Angeles, he said, formed the terms of his entire artistic worldview, under the guidance of Chouinard teachers like Robert Irwin and the painter Emerson Woelffer.
‘New York was about schools and movements, and that was never the case out here. There was so much distinctly individual stuff, so many artists who weren’t like any other artists. There was really only one Chris Burden, one Charlie Ray, one Billy Al Bengston. It gave you the courage to do what you wanted to do.’ 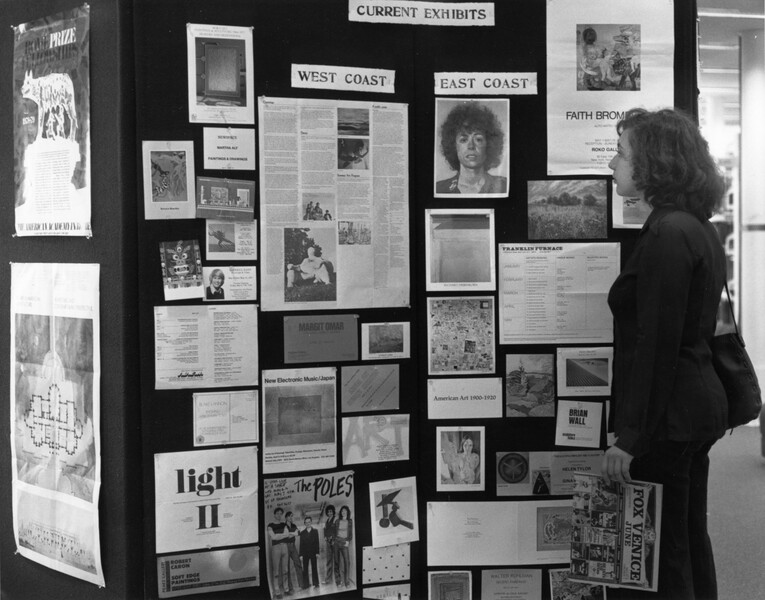 Bulletin board at CalArts, 1977. Courtesy California Institute of the Arts

‘[T]he openness of the place even then … convinced me that I really did know what I was doing.’—Barbara T. Smith

The pioneering performance artist Barbara T. Smith, a fellow Chouinard alum and another participant in the editions project, agreed. ‘I was a little older when I started at the school—I was already in my early 30s—and I was making work, and it occurred to me that maybe I was wrong about what I was doing, that I was completely on the wrong track,’ she recalled. ‘I needed to go back to art school to make sure. I told Emerson Woelffer what I was doing at the time—making black glass works that were like reflective mirror paintings—and he listened and told me: ‘O.K., I understand. I’m putting together a curriculum for the class, but you can just sit over there and do what you want to do.’ It was part of the openness of the place even then. It convinced me that I really did know what I was doing.’
Smith’s 50+50 edition, released earlier this year, is a small, clear blown-glass ampule sculpture containing air and water, an idea that came to her, she said, in a flash of unexpected inspiration. ‘I’m at a place my life where I think of this invisible thing like it’s where my spirit is,’ said Smith, who turned 89 this year. ‘It’s about a living, invisible, unhampered thing, composed principally of water and air and light—it’s hard even to talk about. I’m very happy that I got the chance to put it into the world.’ 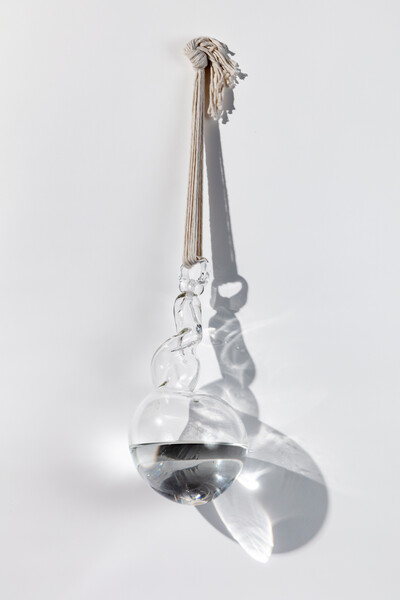 Production is now nearing completion or underway on works in the project’s next group, a collection of artists that will include David Salle, Larry Bell, B. Wurtz, Pieter Schoolwerth, and Rita McBride, Ivorian-Jones said, adding that the two most useful virtues in working with a group of artists so large and constitutionally unorthodox have been patience and a bountiful sense of the absurd.
‘Jim Shaw wanted to do something based on one of his well-known dream drawings, and so we were waiting on the drawing because Jim was waiting to have just the right dream to get the imagery he wanted,’ she said. ‘In other words, we were all waiting on Jim’s unconscious.’