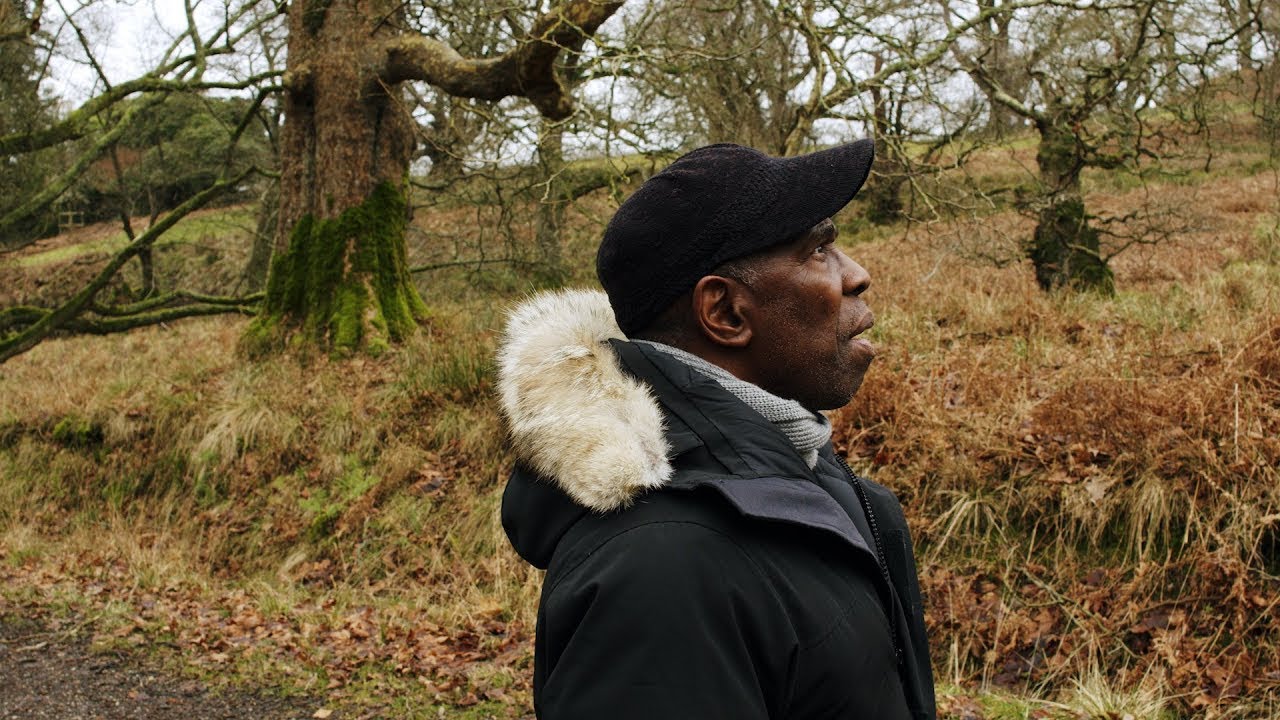 From Dorset, England, and his studio in Los Angeles, conceptual artist Charles Gaines on the latest works in his ‘Numbers and Trees’ and ‘Numbers and Faces’ series ahead of his exhibition at Hauser & Wirth London.

Central to Gaines’ work is his ongoing investigation into objective and subjective realms. ‘It’s a process of critical observation and it’s kind of a philosophical process, not just a process to produce an experience,’ he explains.
The works in his newest series, ‘Numbers and Faces: Multi-Racial/Ethnic Combinations Series 1’, navigate ideas around identity and diversity. ‘I wanted to take a subject that had sort of a powerful, powerful political meaning in the present moment, in this case, the idea of race, and demonstrate through the process, how really sort of fluid and ambiguous the term of race actually is even though within the political world it’s treated with such a sense of the concrete.’ 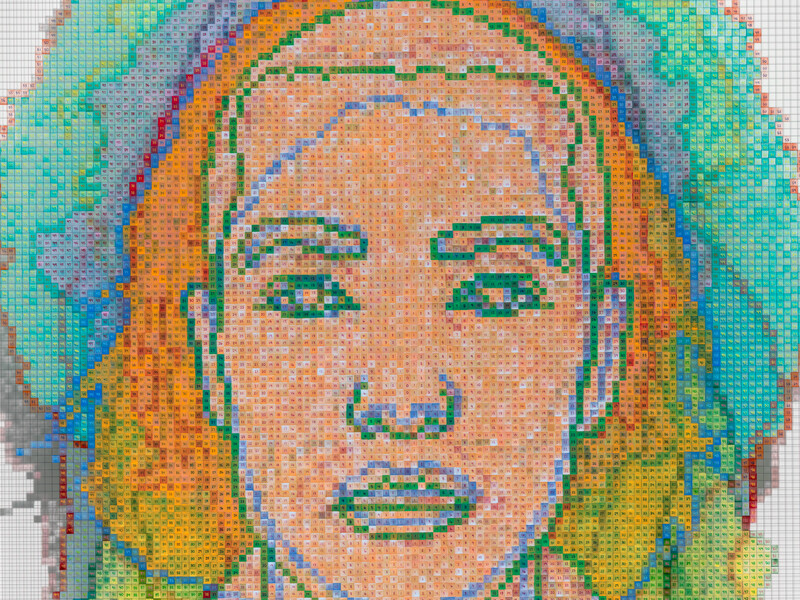 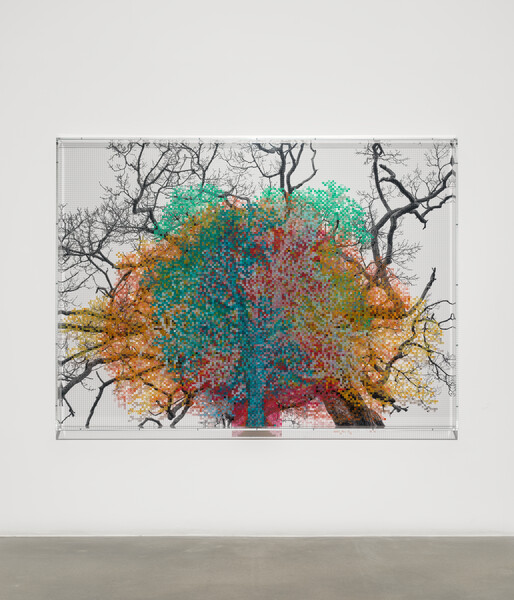 In this series, Gaines combines faces within each artwork, taking photographs of people who self-identify as multi-racial or multi-ethnic as a starting point. He then employs the contours of the face and the area within its contour, which are each assigned a color and layered over time.
‘Conceptually, I was interested in a very similar kind of idea of unpacking this notion of race, not directly, but as a kind of an oblique kind of commentary, by drawing an analogy, or at least suggesting an analogy, between the systematic process of layering, and the biological process of genetic reproduction.’

‘…culture does not evolve itself in any kind of logical or predictable fashion, which shows and demonstrates the important role that arbitrariness and randomness play in our lives in general.’

In January 2020, Gaines visited Melbury in Dorset to examine and photograph a range of English trees ahead of his first solo exhibition in the UK. The resulting series of works, ‘Numbers and Trees: London Series 1’, plots each tree by assigning a color and numbered grid that reflects the full form of the tree depicted in the detail photograph on the back panel of the work.
Through his generative conceptual systems, Gaines questions the notion of the expressive ego or the role of subjectivity in the production of art and meaning. ‘If you take that relationship out, then the whole realm of meaningfulness comes from culture,’ the artist reflects. ‘And culture does not evolve itself in any kind of logical or predictable fashion, which shows and demonstrates the important role that arbitrariness and randomness play in our lives in general.’
–
‘Charles Gaines. Multiples of Nature, Trees and Faces’ is on view at Hauser & Wirth London, 29 January – 1 May 2021.