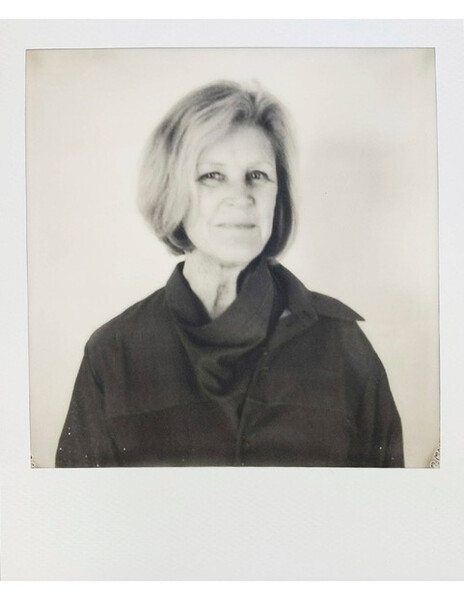 In this week’s installment of The Radar, renowned Los Angeles art bookseller Dagny Corcoran takes us back to 1950, to the magic circle of Black Mountain College and to the poet Charles Olson on language and verse.

Dagny: Quite a while ago, I met the poet Bob Holman, the founder of the Bowery Poetry Club in New York. Bob also founded, together with linguists Daniel Kaufman and Juliette Blevins, the Endangered Language Alliance, a non-profit dedicated to documenting and supporting linguistic diversity and endangered languages. Bob is a polyglot who speaks endangered languages and has written that ‘language is the essence of humanity. And poetry is the essence of language.’ He was studying Welsh when I met him, and simultaneously tracing the lineage of performance poetry to its roots in the world’s oral traditions—particularly those of West African griots. (Many of the languages in Africa are disappearing.)
I am a specialist bookseller, focused on modern and contemporary art. I believe profoundly in the ineffable worth of books. Though I am not good at languages and not well informed about poetry, the notion of language being the essence of humanity resonated with me. I hadn’t thought about it until then, but I am drawn to the work of artists who use language and text in their work: Carl Andre, Fred Sandback, Walter De Maria, Ed Ruscha. I was always fascinated by Richard Serra’s ‘Verblist’ (1967–68), and Guillaume Apollinaire’s ‘Calligrammes’ (published in 1918). I love Jackson Mac Low’s instructions, John Cage’s scores, Marian Zazeela’s handwriting. 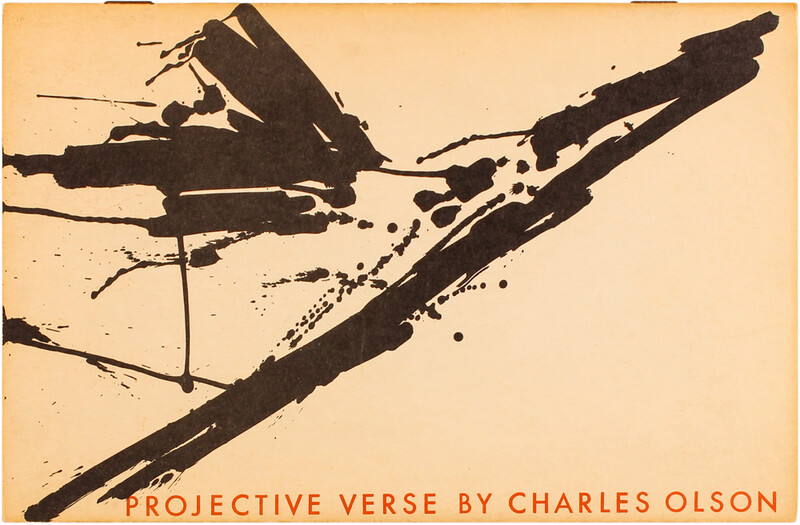 The first stand-alone publication of Charles Olson’s ‘Projective Verse’ was published by Amiri Bakara’s Totem Press as a pamphlet in 1959. Courtesy Harper’s Books

I don’t remember how the subject came up, but Bob urged me to read the poet Charles Olson’s 1950 essay ‘Projective Verse.’ I didn’t know who Olson was, but I found out that he taught at Black Mountain College and wrote on a typewriter because he appreciated its rigidity and spatial precision. And so I sought out his long and enigmatic manifesto.
It helped me to understand a lot of what Bob was doing with the Bowery Poetry Club and with his endangered language project, and to think about the power of the spoken word. Bob feels that a poet is an inventor of language. He hopes that the variety of intermingled languages will make America a showplace for languages and that people will be proud to maintain their linguistic roots. To me, this is what visual artists do, too.
I had not considered the global community of languages or Olson’s idea that poetry was a form of ‘energy transferred from where the poet got it’ to the reader. But Bob’s belief in language and poetry and Olson’s explanation of its essential use somehow linked up and confirmed my belief in the necessity and value of art and books.

–
Dagny Corcoran is a bookseller and founding proprietor of Art Catalogues, which has been in business since 1977 and is currently based in Culver City. Corcoran is also the author of the in-depth, illustrated chronology in ‘Richard Jackson,’ a career-spanning monograph on the artist published in 2020. In January 2021, an exhibition of Jackson’s artist books curated by Corcoran will open at Hauser & Wirth Los Angeles. She lives in Los Angeles.