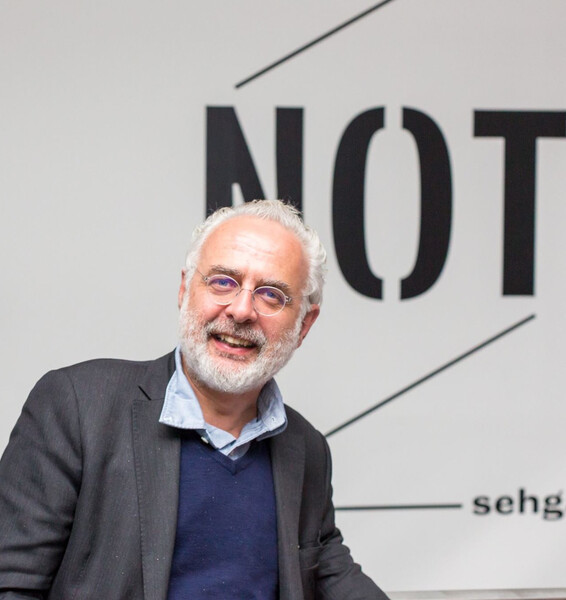 For this week’s installment of our newest Ursula feature, The Radar, curator, writer and (more recently) emerging artist Francesco Bonami shares an archival YouTube favorite from his proverbial pond beyond the art world.

A few years ago, I became obsessed with John Cleese and the professional way he built his humor. I like to fish in ponds very different and far away from the art world and then apply certain rules to curatorial practice, possibly erasing my footprints behind me. It was on one of my fishing days that I stumbled on this odd 1991 lecture by Cleese on creativity. It wasn’t particularly funny, but it was deeply inspiring. If I had ever taught one of those useless courses on curatorial studies, I would have forced each aspiring curator to watch it and memorize it. The concept of Cleese’s that struck me most forcefully was his method of first working in an open mode and then moving into a closed mode to be able to deliver something substantial—a joke, for example, or, in our case, a show, an essay about art or a piece of art itself. I know artists who live too much in the open mode, unable to zero in on the artwork, hence making just … stuff.
Cleese’s lecture was enlightening but also revealing of human nature, since he contradicts himself in being, at times, a close-minded and conservative person regarding political and moral issues. The lecture exposes, as well, the disturbing truth that creativity and art-making can switch from opened to closed mode but often are unable to reverse the process, opening up again toward the world—instead remaining perched in a vacuum of imagination, insensitive toward the complex and concrete matters of reality. It’s for this reason that some people reject lessons such as Cleese’s, opting to cancel culture rather than to expose it more effectively in it in all its phenomenal, messy and tragic contradictions, to which we as humans being are endlessly open. 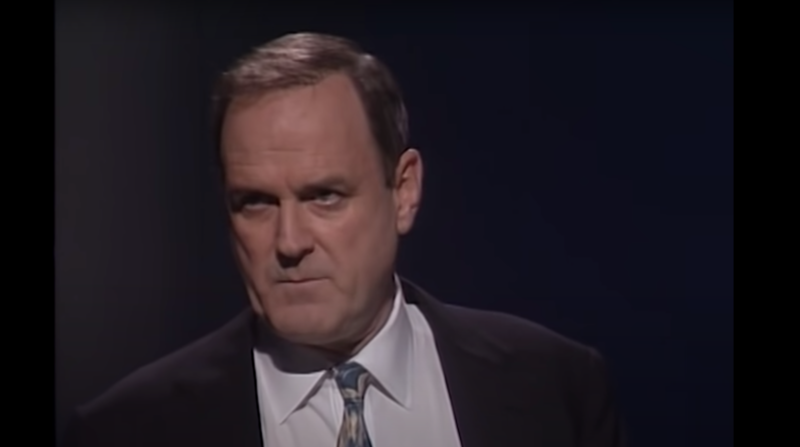 Still from 'John Cleese on Creativity In Management' Courtesy YouTube

–
Francesco Bonami is an Italian curator and writer. He lives in Milan and New York. Follow him on Instagram as @thebonamist