Bugonia (Before a Life Ahead) 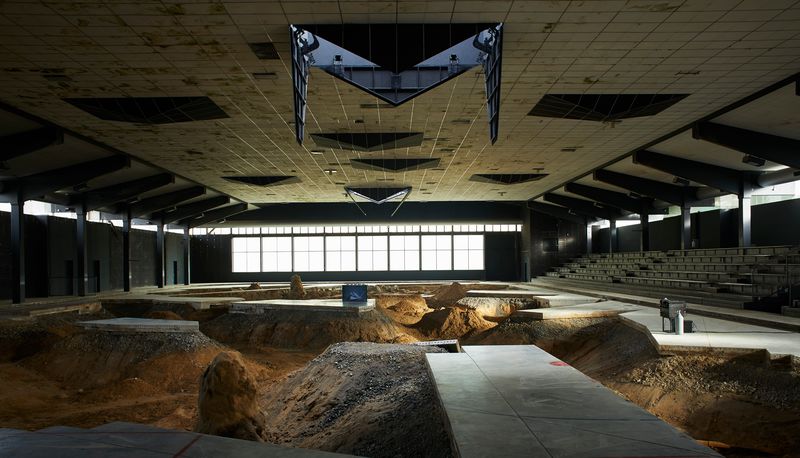 You look from the screen to the frame of the monitor, thin band of plastic reflecting a soft curve of lighting, back to the text on the screen.
The I in Intervention inverts into an I.
Virgil writes first you must pick out a narrow place,
The text is not smooth. You think of the lilting, your head and neck moving, eyes just-so out of sync; you think of the ways in which your experience sidles the gaps.
I looks at the page from the space above the page
find a young bull, lead him in, tie him up.
You look at the plastic embossed for the blind.
looks down for an entrance and marks up the world, and watching
Cover his body with blows
You press the key downward to enter a hole carved in plastic
her handwriting sink through a stage
(his bones must collapse)
to trigger a signal to trigger a sign
she types up each draft
till his organs and marrow are fluid.
which appears on the screen before which you type.
leaving her imprint erased
Cover his body with branches of marjoram, thyme as the winds caress, fields start their bloom.
Your head is lilting; an idea forces itself to the margins
except for an I.
All while the swallow cries Hi in the rafters above
is batted away.
where he lies.
The hole of the screen enters you into a surface of light.
I step through the poem as if through a field.
Footless they start, but then growing wings, and first flutter forward, take flight
The surface of light is no less made than the surface of plastic or that of cut glass.
I and the field are no less real than a field of bluestems
like a short spurt of rain on a sunny day, black screen of arrows from Parthian bows as they block out the light.
The engineers model the surface of light for a lifespan of X.
waving goodbye and waving goodbye, as A. Paty writes
I ask you, Muses, who thought up this art? Whose
Then it is not.
though it is gone.
knowledge—
The surface is refuse. The surface in afteruse home less to light than to water, small creatures, hydrated ion III oxides, microbiota, decay.
The field of bluestems desertifies, absent the bison, as I continue, alive.
where from, what mind and place? What god told us If all of a sudden, your hives shrivel up, and your future depends on knowing this craft,
The screen will outlast you, your children, their children. The screen may outlast what you know to be human.
I (Intervention) lie down, and my serifs elongate in layers: a sans-serif H.
it’s no use to cry at your fate by the river. Find your bull. Make his bed. Lead him in. Stop his breath.
A life that comes after may use it to live.
H reproduces, its child an i. Together they greet us. nvasion, sings i.
Out comes a song—this one’s for you.
–
Mike Lala is a writer, poet and sound artist based in New York. He is the author of ‘Exit Theater’, which won the Colorado Prize for Poetry in 2016, and the chapbooks ‘In the Gun Cabinet and Twenty-Four Exits: A Closet Drama.’ His recent works include ‘Infinite Odyssey’, featured at Pioneer Works’ Contemporary Temporary: Sound Works and Music in Brooklyn in 2017, and the libretto for ‘Oedipus in the District’, presented at the Juilliard School and National Sawdust in 2018.