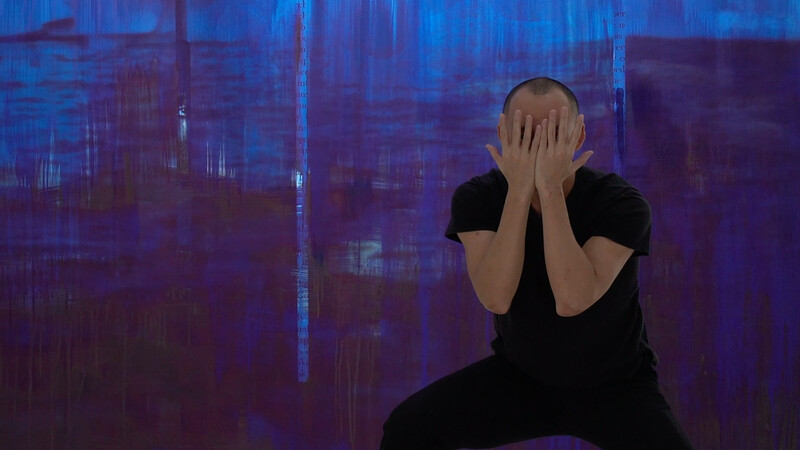 Born in Chongqing, China, choreographer and dancer Yang Hao’s work explores new forms of performance, intertwining contemporary dance and spoken word. On the occasion of Lorna Simpson’s first solo exhibition in Greater China, ‘Special Characters’, Yang Hao presented an original performance at the gallery space entitled ‘Blow in the Wind’, in dialogue with Simpson's work. We spoke with Yang Hao about his career-long examination of cultural histories and identity, and his process of creating this new performance work.

What inspired you to create this performance in response Lorna Simpson’s work?
Lorna’s Blue Iceberg series gave me a great shock, and the female gaze in her work also made me think a lot. I wondered what I look like under the gaze of this female figure. Who would I be to her? And who could I be? This train of thought also shaped my examination of appearance, identity, and stereotypes. I have no idea who the woman in Lorna’s collage is, nor have I met Lorna in person, but that painting haunted me, with mixed thoughts on identity, which is the topic in my practice and Lorna’s, I feel connected.
Through my performance, I want to combine my interpretation of the figure in the painting with some of my own thoughts, which is surely also a personal expression. I don’t want to ‘educate’ anyone about what they should see in my work as art is inherently multifaceted: it could be as small as an insignificant flash of thought, or as big as the perception of society and even the whole world. My performance is simply an entry point. 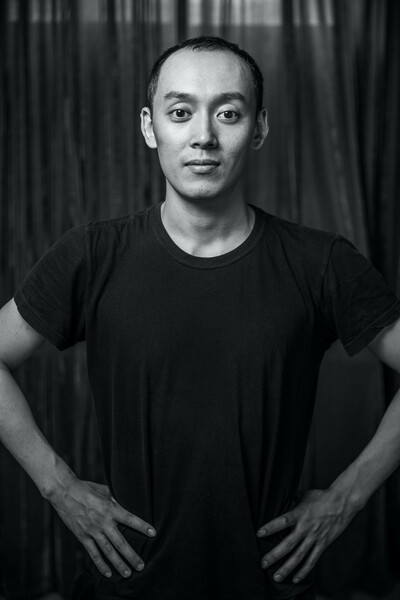 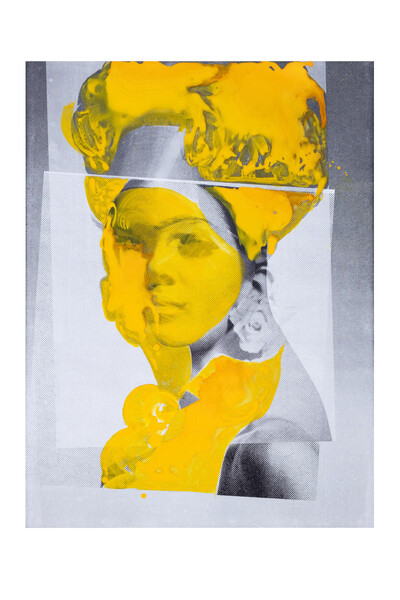 Are there any special elements in this performance?
This performance is formally consistent with my personal style; as those who are familiar with me would know, my performance often tends to combine dance, music, and stand-up comedy. And I also want to expand the boundaries of dance and performance through cross-media expression. As far as the content is concerned, the performance will be interspersed with news snippets and accompanied by ‘Blow in the Wind’, the song which is where the title comes from.

‘I have no idea who the woman in Lorna’s collage is, nor have I met Lorna in person, but that painting haunted me, with mixed thoughts on identity, which is the topic in my practice and Lorna’s, I feel connected.’

Your performance at Hauser & Wirth is your first collaboration with a gallery. How was this different to performing in theaters or festivals?
Strictly speaking, this is the first time I’ve ever been inspired by a specific exhibition to conceive a performance. I’ve performed in museums before, but more often in the theaters or at festivals. I find both spaces very interesting, and I also like to bring the works I originally performed in the theater to the museum space, considering it as a kind of reinterpretation of my existing works. In the theater, the technical support is more comprehensive, and the division of the audience will pre-determine the creative process and the relationship between every party in the performance space. It is like showing a movie, but instead of the image on the screen, there are real people on the stage. However, performance in a museum or gallery is somewhat free from the above-mentioned setting. Although there is still a line between the audience and the performance area, the boundary is much more ambiguous than that in a theater. There will be less consideration for equipment, but in other words, the demands on the performer become much higher. Without the magic of theater, the performer needs to pay more attention to the live environment, interact with the audience, and convey emotions through dynamics.

–
Lorna Simpson’s exhibition ‘Special Characters’ is on view at Hauser & Wirth Hong Kong from 16 June – 30 September 2020, featuring new works from the artist’s Special Characters series, alongside a selection of her recent paintings and photographic collages.