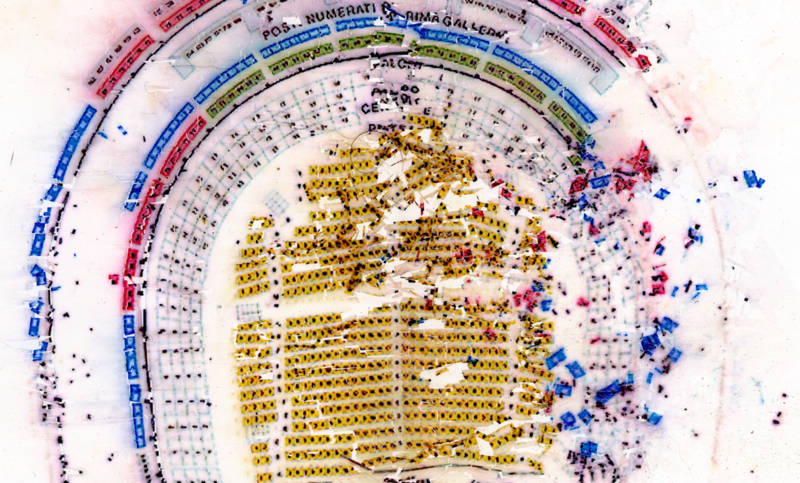 ‘I like the idea of whatever happens … in the intermission, in the intermezzo, because there is this sort of a pause, this limbo. I think it’s very much related to this kind of limbo we’re in now.’ —Guillermo Kuitca

Maria Callas said famously that opera ‘begins long before the curtain goes up and ends long after it has come down,’ resonating in the imagination and imbuing life itself. But without the curtain rising and descending, audiences in their seats and opera houses filling with sound, the spell cannot be maintained. For almost a year now, as the pandemic has shuttered houses worldwide and forced opera companies into deep financial and existential uncertainty, opera fans have had to rely on their memories, recordings and each other to fill the void.
Last spring, during the height of lockdowns in Buenos Aires and New York, the Argentine artist Guillermo Kuitca, whose work often focuses on performing-arts spaces, and exhibition organizer Olivier Renaud-Clément, a founder of the International Friends of the Munich Opera, communed over Zoom about their mutual devotion to opera and about the opera house as an idealized social space, one they long to inhabit again as soon as the sustained intermission can come safely to an end.

–
Olivier Renaud works between New York City and Paris. Guillermo Kuitca lives and works in Buenos Aires. ‘Theater Collages,’ a collection of his works based on the forms of famous theaters and opera house, was published in 2005, and in 2009 he collaborated on the design of the permanent stage curtain for the Winspear Opera House in Dallas, Texas. Nightly streams of opera productions are available via both New York’s Metropolitan Opera and Munich’s Bayerische Staatsoper, free of charge.