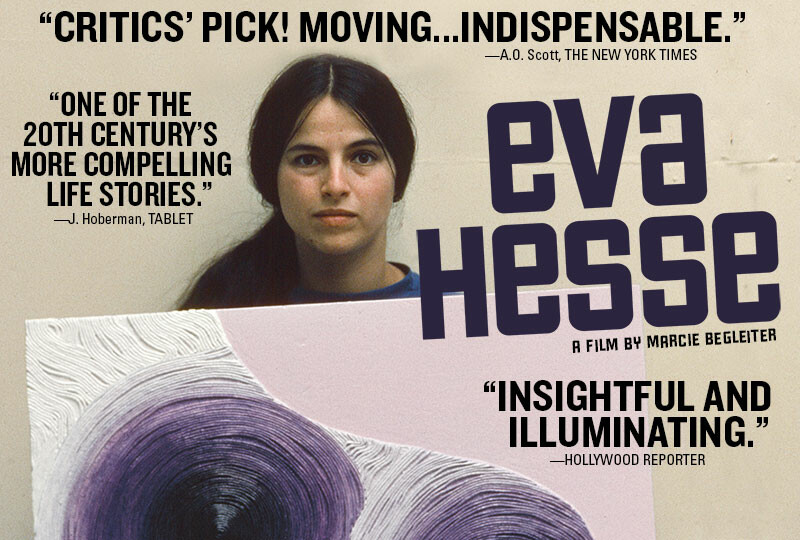 Our screening of ‘Eva Hesse’ has ended. Visit the documentary website for information about how to watch.
Films

The 2016 documentary ‘Eva Hesse’ sheds light on the artist’s far-reaching career in the 1960s and beyond, as a pioneer of post-minimalism in sculpture and drawing. In memoriam of her death 50 years ago at the age of 34, we celebrate the enduring relevance of Hesse’s work, the community where it took root and the profound influence it had on the trajectory of art history.

Directed by Marcie Begleiter, the documentary expands our understanding of her biography with dozens of new interviews, high quality footage of Hesse’s artwork and a wealth of newly discovered archival imagery.
In 1970, she had over 20 group shows scheduled, in addition to being chosen for a cover article in ArtForum Magazine. The solo exhibitions she presented in the 11 years following her graduation from the Yale School of Art have since been eclipsed by multiple posthumous retrospectives at major museums from the Guggenheim, to the Hirshhorn and Tate Modern. As Jonathon Keats wrote ‘Yet the end of her life proved to be only the beginning of her career’. 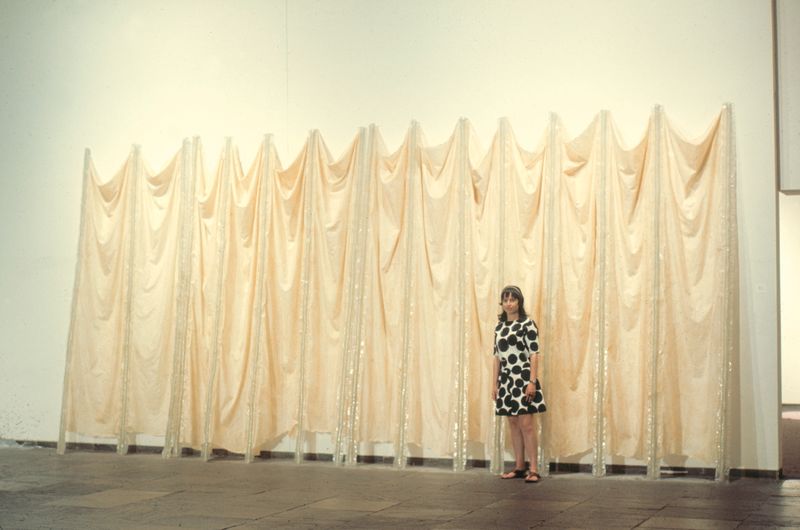 Eva Hesse with ‘Expanded Expansion’ at the 1969 ‘Anti-Illusion: Procedures/Materials’ at the Whitney Museum of American Art, New York. Photographer unknown 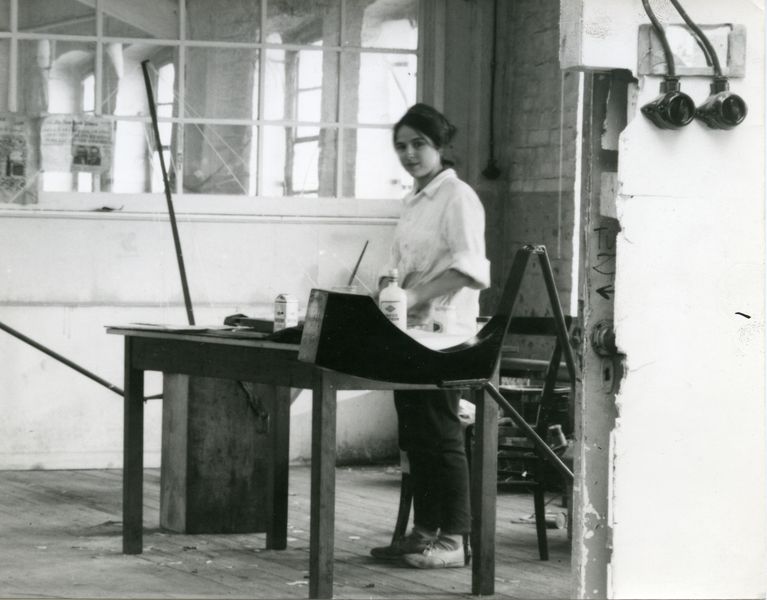 The documentary features a lively investigation into the creative community of 1960s New York and Germany, where Hesse spent time during a year-long residency at Scheidt’s textile factory in Kettwig-on-the-Ruhr near Essen. Many of Hesse’s writings and letters from this period are voiced in the film by Selma Blair.
–
‘Eva Hesse’ will be screening exclusively here on hauserwirth.com from Friday 29 May, 00.00 EST – Sunday 31 May, 23.59 EST.
This screening coincides with a reprint of ‘Eva Hesse: Diaries’, first published in May 2016 by Hauser & Wirth Publishers. The book document’s Hesse’s diaries from 1955 – 1970, a medium that served as a space to process her experience of the world and to reckon with what it means to be an artist. Learn more about the documentary and purchase ‘Eva Hesse’.