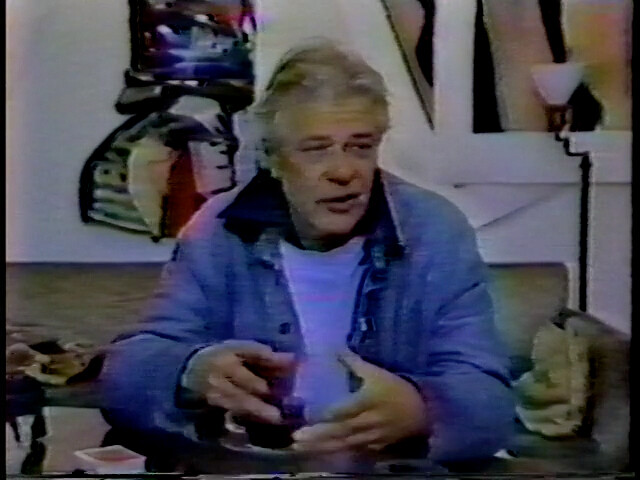 This never-before-seen archival footage of American artist John Chamberlain is from a short film recorded over two days in South Florida by two local film-makers. These interviews and conversations culminated in the exhibition and catalog organized by Michael Auping, ‘John Chamberlain: Reliefs 1960-1983’.

Inside the artist’s expansive Sarasota studio, rows of metal automobile parts are punctuated by welding machines, vices, and works from his iconic Gondola series. An ongoing processes of assembly, Chamberlain describes searching for the expressive potential in his materials, as ‘certain combinations give you this signal in your nervous system that makes you pay attention to it.’

Ranging from miniature to monumental in scale, Chamberlain’s innovative compositions of twisted, crushed, and forged metal unite both Process Art and Minimalism. Beginning in the 1950s, Chamberlain established a profound visual language that propelled abstract expressionism into three dimensions. Unearthing this half-century-old film, Michael Auping reflects, ‘John looks so good in it. I’ll never forget John. A good looking man, a tough guy with an earring. I always thought of him as a pirate in Sarasota, Florida.’
–
John Chamberlain (1927 – 2011) was a quintessentially American artist, who channelled the innovative power of the postwar years into a relentlessly inventive practice spanning six decades.
Michael Auping is a curator and scholar of abstract expressionism, and was chief curator at the Modern Art Museum of Fort Worth from 1993 to 2017. Auping curated the museum’s exhibition ‘Mark Bradford: End Papers’, which opened in Spring 2020.