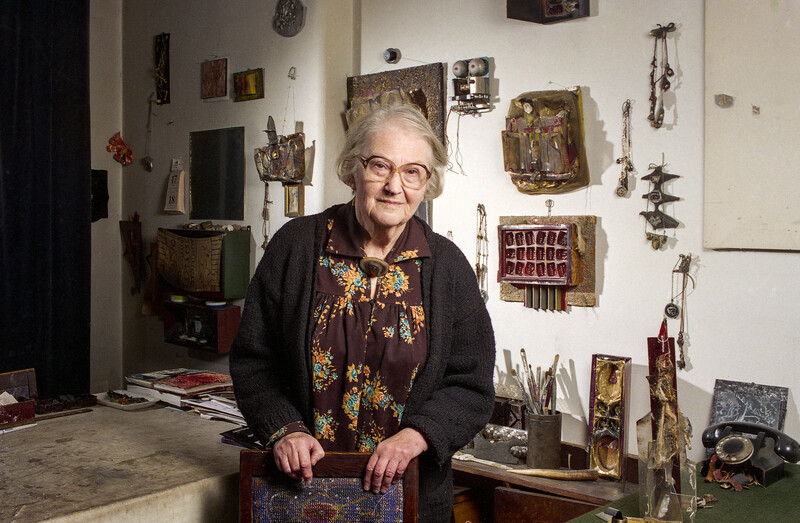 Erna Rosenstein in her studio on Karlowicza Street in Warsaw, 1996. Photo: Jacek Kucharczyk.

Erna Rosenstein was an artist, writer and poet born in Lviv, a city that was located in Poland during her youth and is now in Ukraine. She was raised in Kraków, the daughter of a judge. Resisting her family’s desire that she follow her father into law, she studied art and belonged to a leftist art movement known as the Kraków Group.

In 1938, she visited Paris and saw the International Surrealist Exposition organized by André Breton, which had a profound impact on her work. After the Nazi invasion of Poland, she and her parents returned to Lviv, where they were confined to the ghetto.

The family managed to escape to Warsaw, but her parents were murdered in 1942 in the forest outside Ogrodniki, Poland; Rosenstein herself was gravely wounded but survived and used various assumed identities to remain hidden for the duration of the war. After the liberation, she remained in Warsaw and returned to making art, marrying the literary critic Artur Sandauer. Through continuing political adversity, Rosenstein remained at the forefront of the Polish avant-garde for the rest of her life, participating in several seminal exhibitions and eventually receiving national acclaim in her native country, though her work is only now gaining recognition outside Eastern Europe.

The portfolio that follows offers a glimpse into the ingenuity, range and lyricism of Rosenstein’s drawings over several decades.

Alison Gingeras recently visited Adam Sandauer, Rosenstein’s only child and the executor of her estate, for a conversation in Rosenstein’s studio in Warsaw. These are edited excerpts from that conversation, translated by Antonina Gugała. 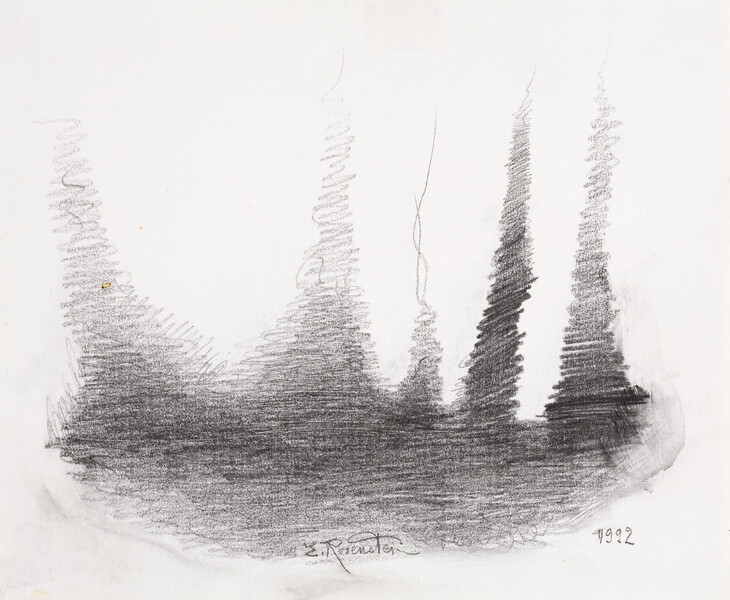 AG: What was it like growing up as an artist’s child?

AS: My parents would work in the mornings. After breakfast, my mother would put on her apron, and my father would sit down at the typing machine, and they would spend a few hours like that. In those hours, I had access to their rooms, but I had to knock on the door before entering. Our housekeeper would take care of me. Then we would meet for the second time at dinner. My parents came up with the idea to teach me how to speak French during dinner, and we would speak only French at home. Since I always had a passion for technology, what interested me most about painting and writing were all those technical details: How does a typing machine work? How do you make painting primer? Later on, when I was coming of age, it wasn’t that they would lecture me on art history or art in general, but we would discuss quite a few things of this sort in our everyday conversations. To be honest, the only times when I would see my mother directly at work would be either when I entered her room or, more often, during plein-air sessions, like the ones at Osieki or elsewhere. 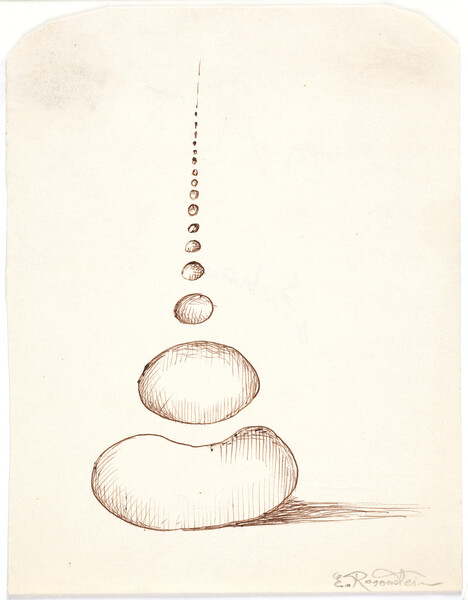 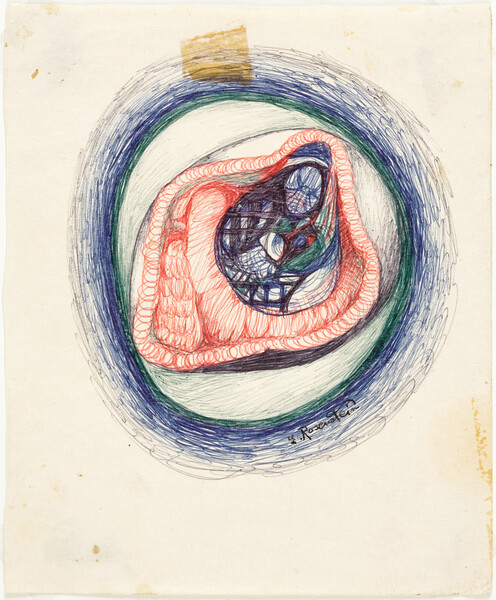 AG: What was her ideal working environment? Did she work in silence or listen to music as she painted?

AS: She didn’t listen to the radio. She was rather focused on what she was doing. There would be no music in the background. Sometimes the cat would crawl onto the table.

AG: How long would it take for her to complete a painting?

AS: A painting would never end. A painting would end only when it left the studio. My mother would go back to one of her works years later and change a thing or two, so you would never know when it’s done. Yet there was a moment when she was satisfied, and the painting would end up on one of her shelves. Would I say that it had been fully archived? No. Some of the drawings were, because she wouldn’t go back to her drawings, but when it came to painting, something could always come to her mind and she could always make a slight change. But the older a painting was, the more seldom she would modify it. 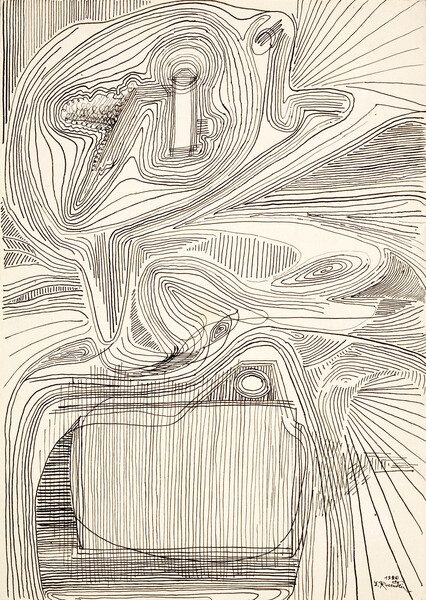 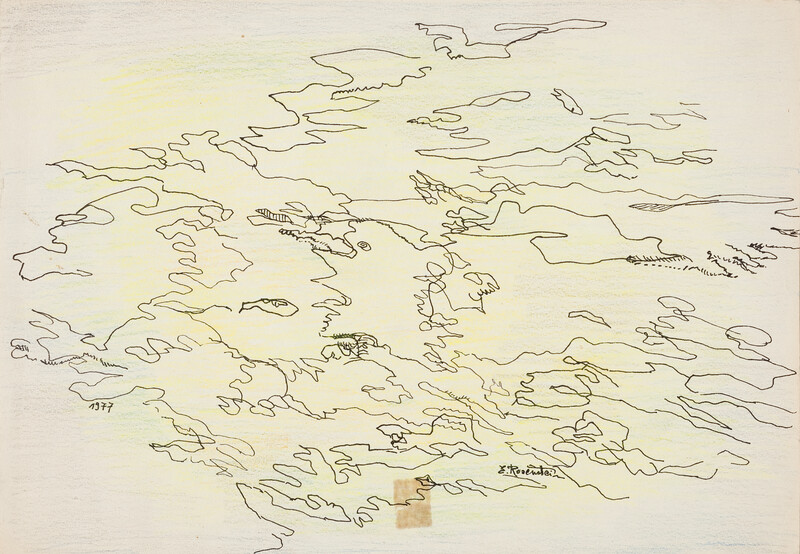 AG: Was your mother interested in your or your father’s opinion on her work?

AS: She would show it to us, but she wouldn’t ask us for our opinions. It was rather my father who would ask her for her opinion, for some ideas when he was writing.

AG: Was this because she was so certain of the quality of her work?

AS: It was rather because she knew that we knew very little about the nature of it.

AG: At the same time, as a poet, your mother was capable of commenting on your father’s writing.

AS: Well, her literary work was mostly fairy tales. They were read to me when I was a child. Father knew that Mother was writing fairy tales, some plays, but it was done as a side note. She started publishing after March 1968. The tales are meant for children, but they have a surrealist subtext, so they are also tales for adults. Of course, back then I only saw the layer for children. 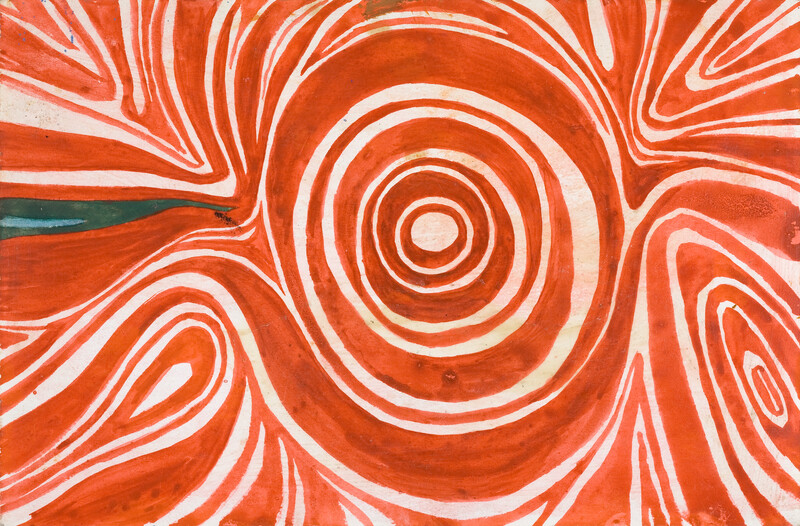 AS: That’s a good question, to which I don’t have a very clear answer. I think her artistic practice stopped satisfying her after what happened in Poland in March 1968 [student-led protests against the Communist regime were violently quashed, leading to the expulsion of thousands of Jews from Poland]. I think that it was a bit of a protest against what was happening. Her poetry at that point was not politically neutral; it has this character of boycotting reality, a reluctance or a feeling that she simply did not like what was going on. The same goes for the plays that she wrote; they are a bit surreal, with a distancing from reality.

AG: Wartime trauma is a recurrent trope in your mother’s work. Did your mother often talk about memories in her daily conversations?

AS: Yes, but when we talked about those times, she would tell me more about her dog called Czorcik [Little Devil], about the town of Zakopane [a picturesque mountain resort in Poland] and not about the dark histories of the Second World War. 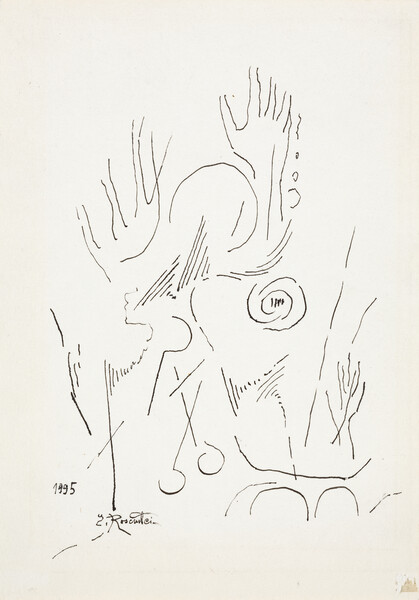 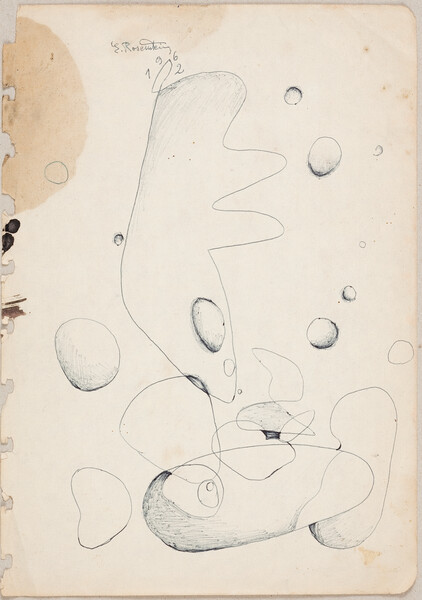 AG: From the pictures of her studio taken in the late 1990s, we can see that she surrounded herself with unusual objects. What did your home look like growing up?

AS: There were different pieces of rubbish—stones brought from the seaside, some dried roots, a piece of a folded can. You can still see some of those things on the walls here, like this can framed in plaster. [Points to an assemblage on the wall]

AG: Erna was very present in the Polish art scene during her lifetime. Did she have to make a conscious effort to keep this position? 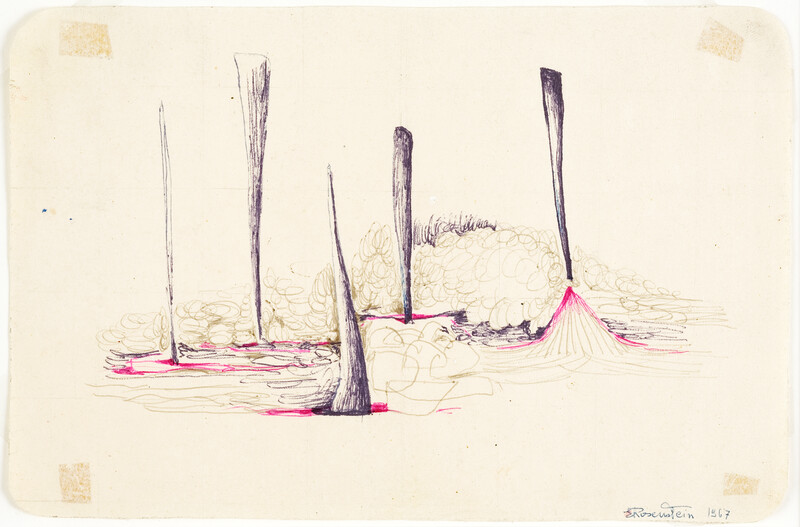 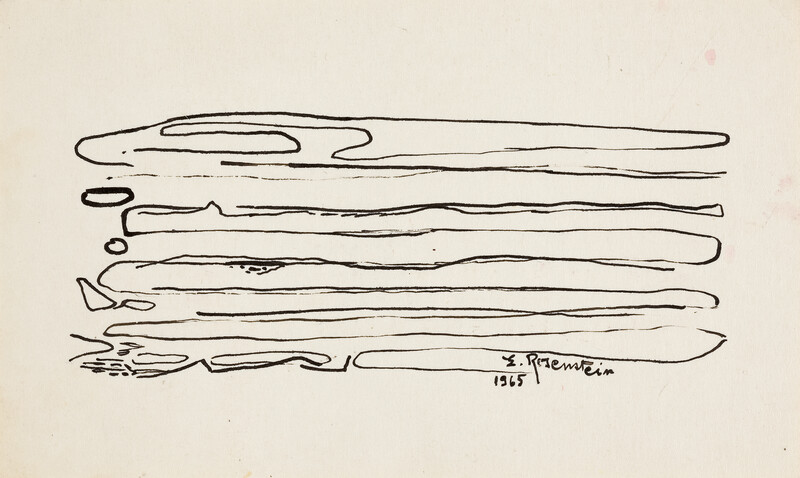 AS: After the Second World War, as my mother had always been openly leftist, you would think that she and my father would be on the top. Yet neither my mother nor my father approved of the artistic concept of the Polish People’s Republic of the Stalinist period. Mother didn’t want to create in the vein of socialist realism, and Father took a public stand against it. Father was sacked from his job, banned from publishing. They were living off of what the family from abroad gave them. In order to make ends meet, Mother would hand-color portraits—enlarged photographic prints—of the leaders of the revolution. Father made a living working as a translator. We were rather poor until the early ’50s, after Stalin’s death. We didn’t starve, but it wasn’t easy. We were in constant conflict over not complying with these socialist-realist ideas. Later on, my father became a scholar at the University of Warsaw. By the mid-’50s, my mother began to show her work in lots of exhibitions, and she finally reached the position where she belonged, based on her talent, her oeuvre. She started to be successful, famous. Mother had enough of a reputation that she didn’t have to do anything to make these things happen. Poland was cut off from the rest of the Eastern Bloc, so it had its own piece of the art world, and my mother was one of the most important figures in that world. 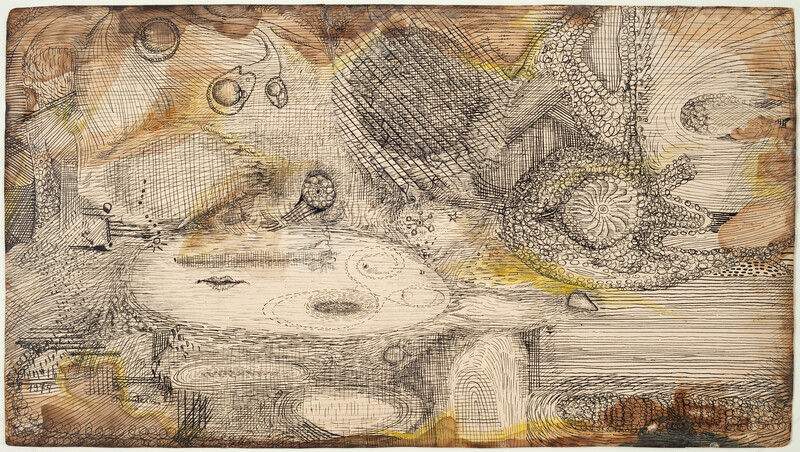 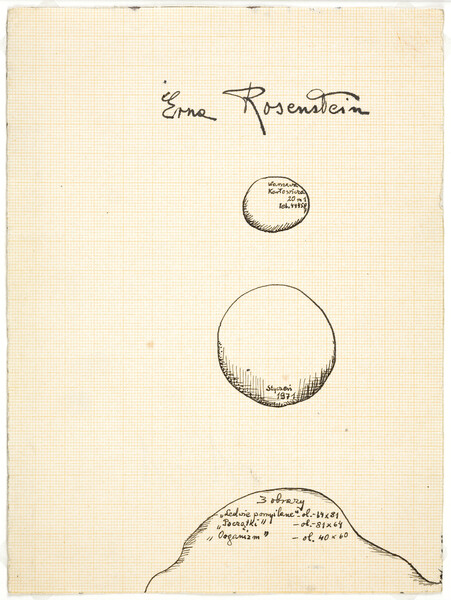 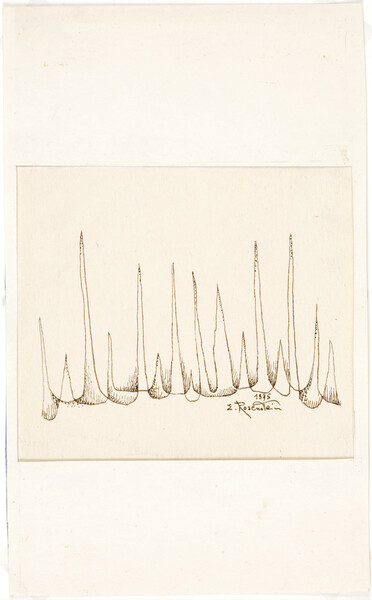 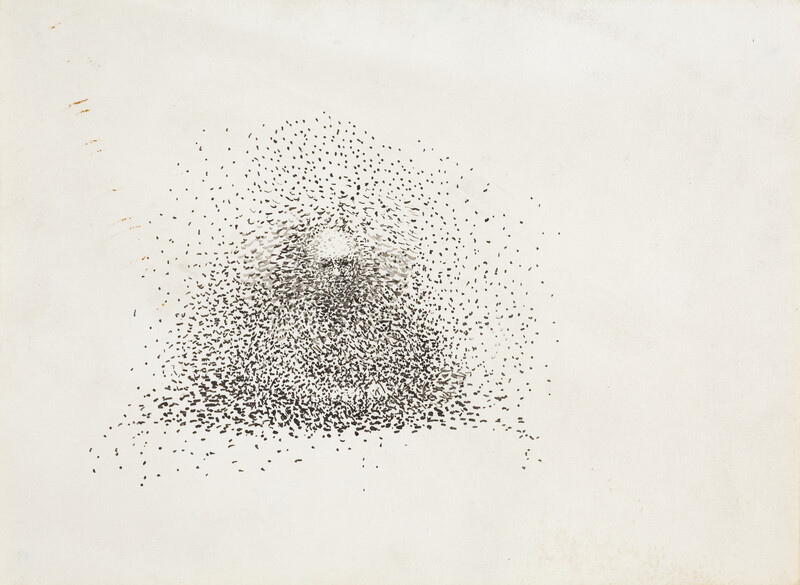 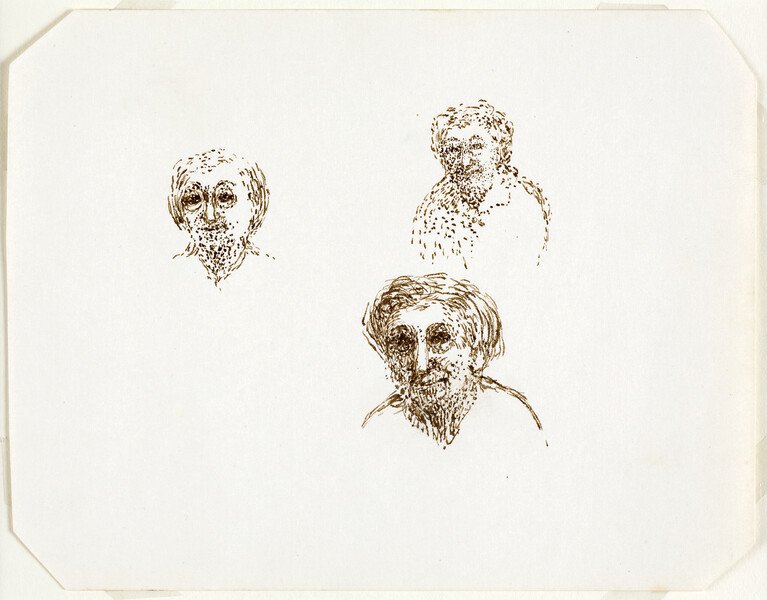 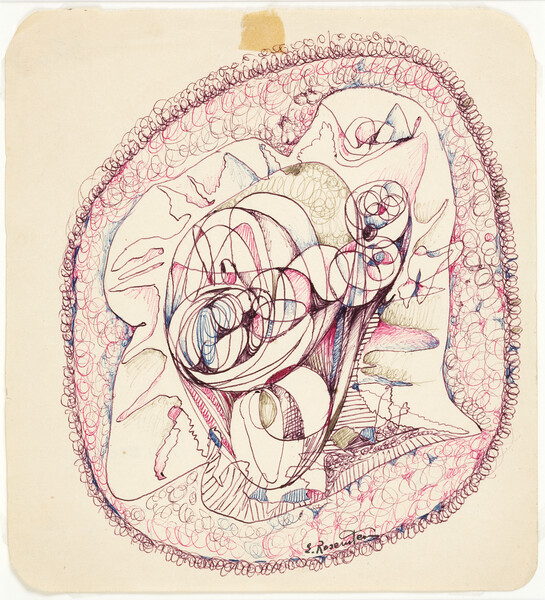 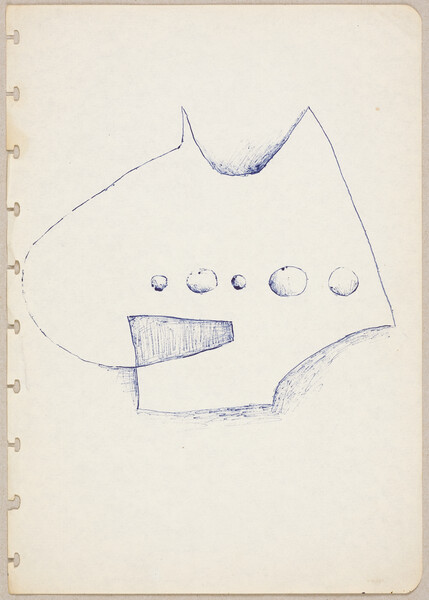 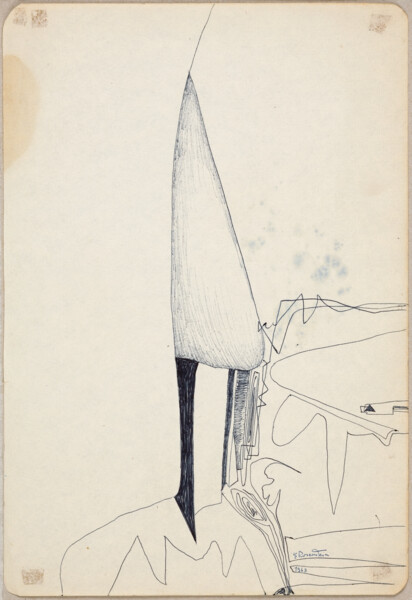 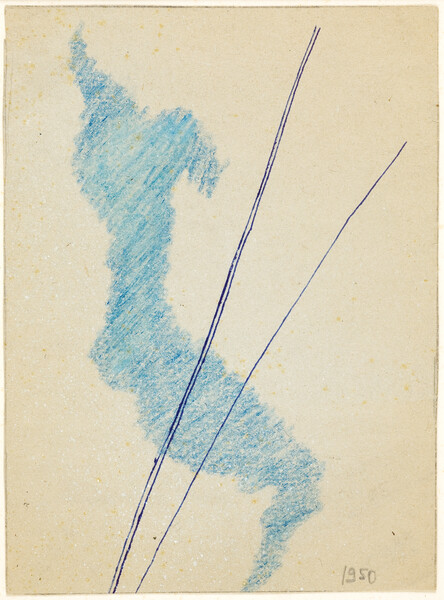 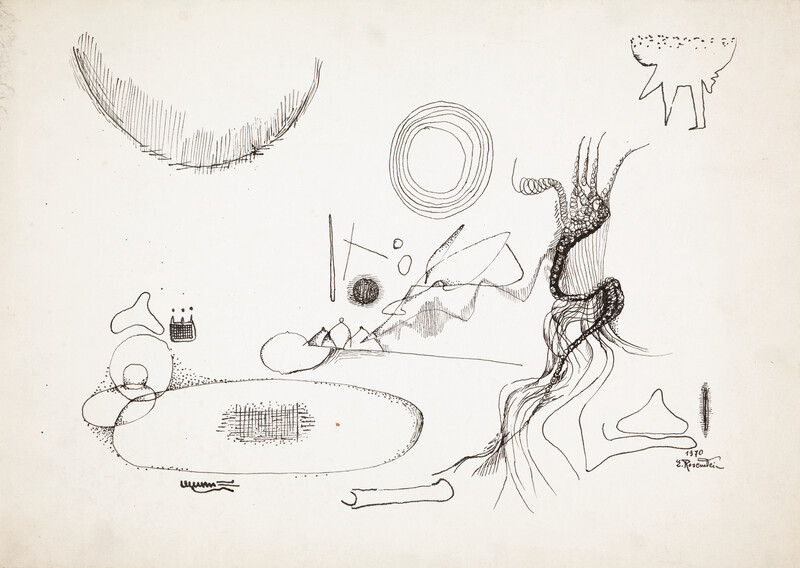 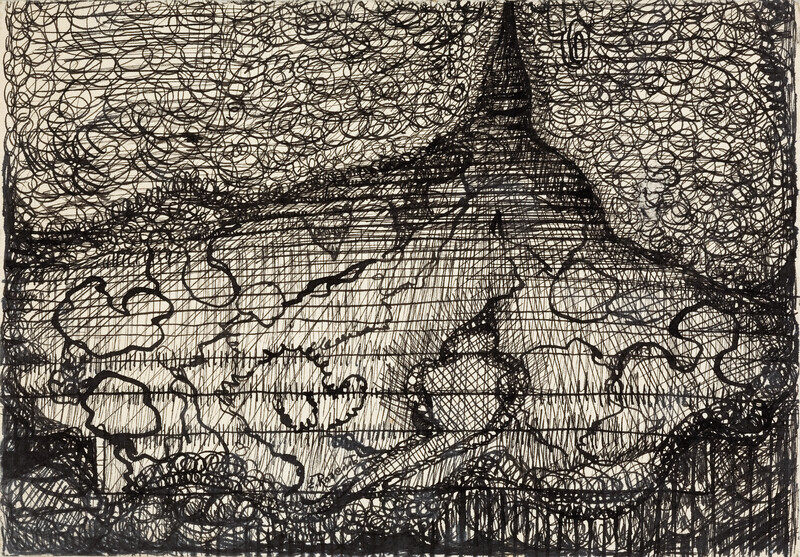 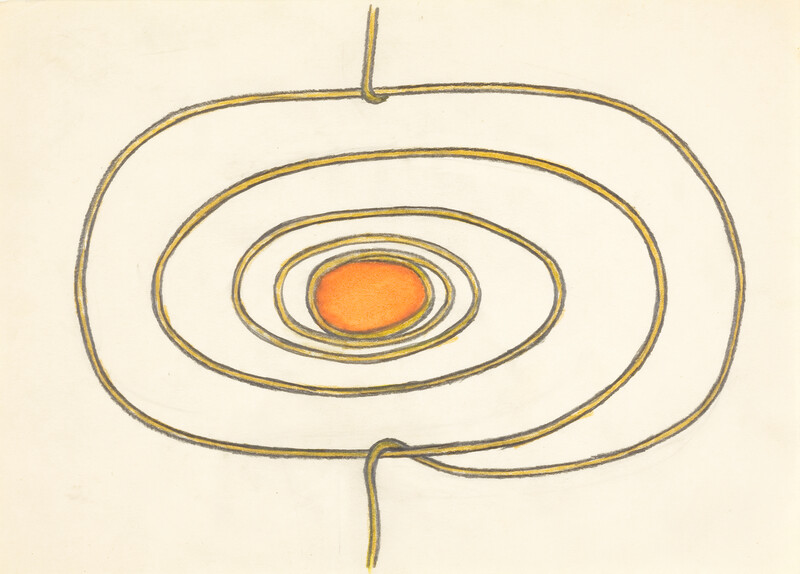 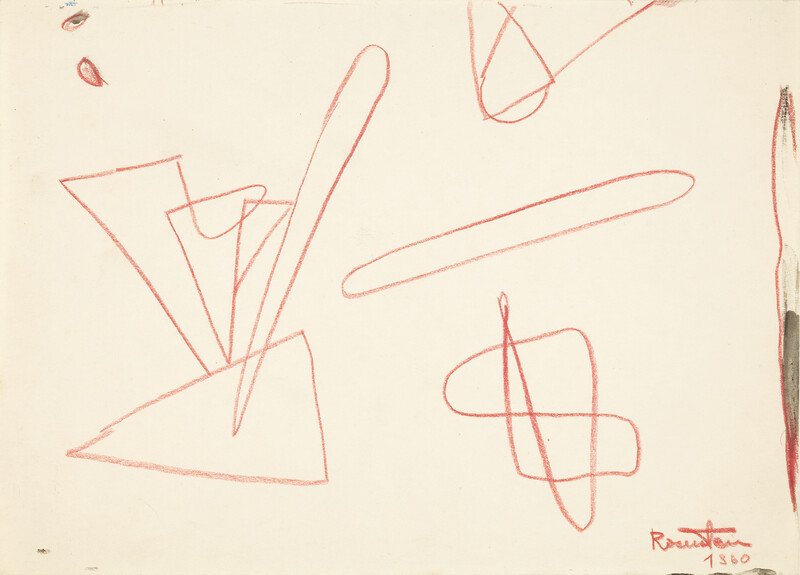