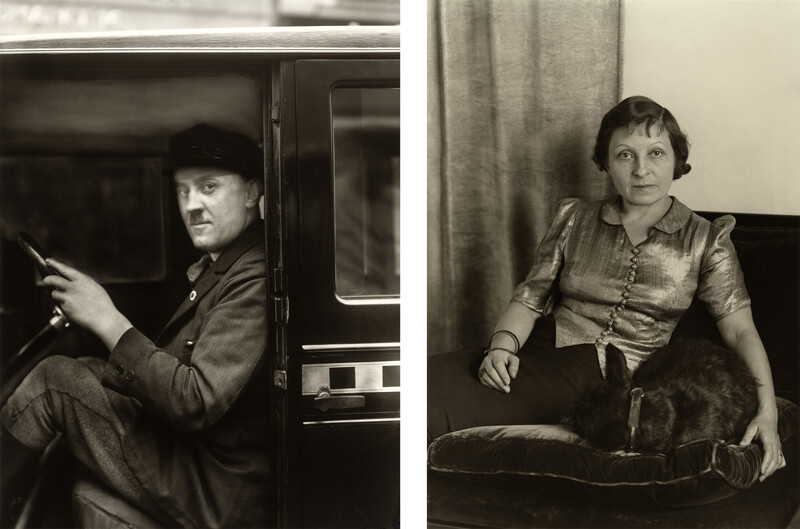 August Sander (1876 – 1964) endeavored to document society across Germany, revealing the complexity and universality of the human condition with his commitment to ‘telling the truth’. A selection of Sander’s portraits from his celebrated, encyclopaedic series ‘People of the 20th Century’ are the subject of our presentation at Paris Photo.

Sander’s portraits depict the faces of people from diverse nationalities, genders, classes and professions. His output spanned landscape, portrait, architecture and commercial photography, subsequently producing a huge body of work across four decades. Born in a small rural village east of Cologne, he was one of nine children in a miners’ family.
Sander’s first photographic portrait studio was established in Cologne in 1910. In the year that followed, he documented a child on her Christian confirmation day in rural Germany, as part of the portfolio within his People of the 20th Century magnum opus, ‘The Young Farmer’. It was not until the 1920s that Sander would consolidate this huge body of work into a formal research project and continue it until 1954, affirming it as ‘a declaration of faith in photography as universal language’. In these early portraits such as ‘Konfirmandin (Confirmation Candidate)’, Sander portrays pastoral families in their Sunday-best, an insight on how these communities chose to present themselves to the camera. 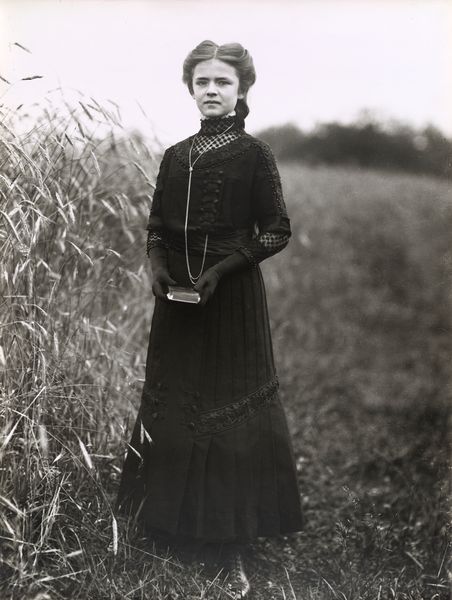 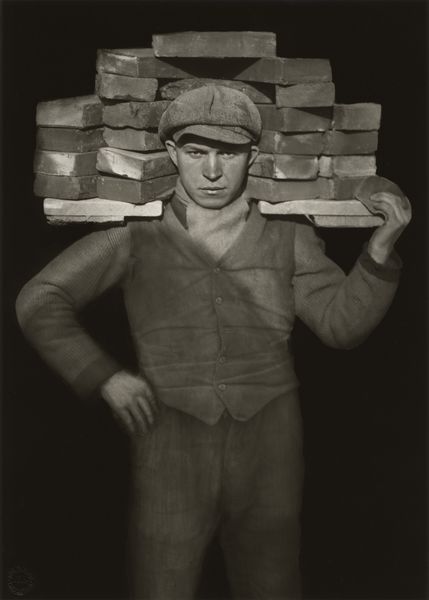 Later in the 1920s Sander shot what was to become one of his most iconic works, ‘Handlanger (Bricklayer)’. This photograph belongs to ‘The Skilled Tradesman’, one of seven chapters within his ‘People of the 20th Century’ project. The title and subject of this photograph form an archetype of Sander’s sociological documentation of people from a variety of occupations and social classes. Formally, the portrait’s centrality, flat background and conventional framing demonstrate Sander’s investment in photography as a ‘truth-telling’ device; one which represents reality as it is, without formal experimentation and within the boundaries of the history of photographic portraiture. Sander wrote in his seminal lecture ‘Photography as a Universal Language’ that photography was the medium most able to best reflect the ‘physical path to demonstrable truth and understand physiognomy’. 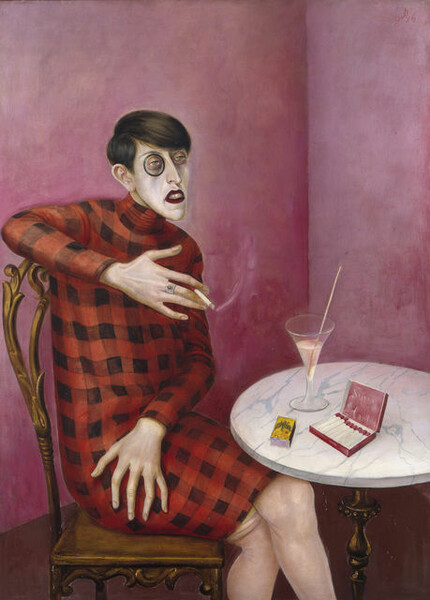 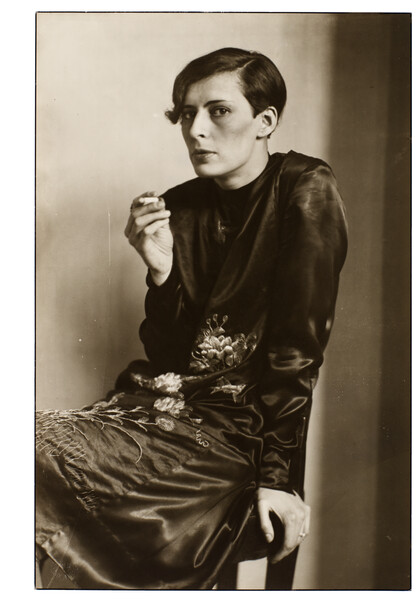 Sander later developed People of the 20th Century to include the group ‘The Woman’. Among these subjects is ‘Sekretärin beim Westdeutschen Rundfunk in Köln (Secretary at West German Radio in Cologne)’, photographed during his work for the German public broadcasting institution ‘Westdeutscher Rudfunk’. The portrait draws comparison to Otto Dix’s ‘Portrait of the Journalist Sylvia von Harden’ painted five years earlier. They both depict a new movement of women at work during the time—simultaneously androgynous and feminine, liberated from the domestic sphere. The portraits are important within the rise of the New Objectivity movement in German art—a reaction against the dominant style of expressionism—seeking a more objective and unsentimental portrayal of the human figure. 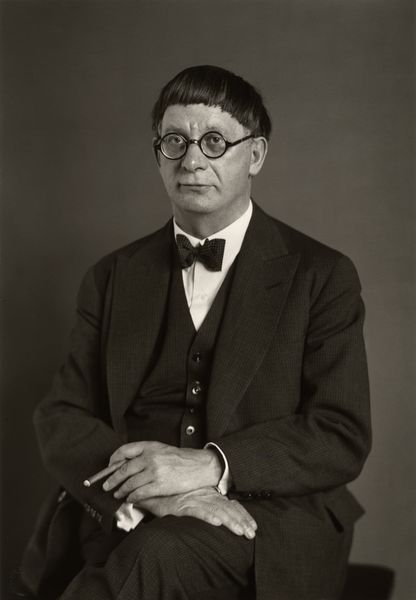 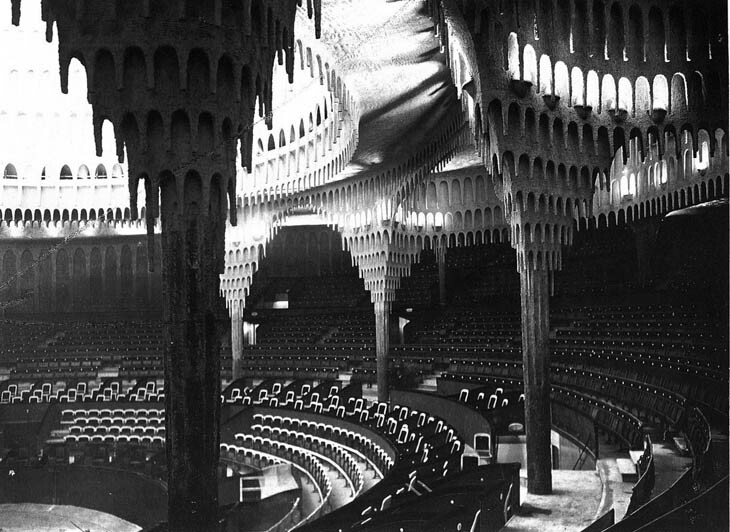 From the same decade, Sander’s portrait ‘Der Architekt (The Architect) [Hans Poelzig]’ presents the German Expressionist architect with clarity and precision, the darkness of the image illuminating the figure’s hands, glasses, and facial features. Hans Poelzig was known for his organ-pipe structures such as the Haus der Freundschaft (House of Friendship) in Istanbul (1916), Großes Schauspielhaus theater in Berlin (1919) and Festspielhaus in Salzburg (1920).
Käthe von Nagy, the Hungarian-born actress and star of French and German cinema, also sat for Sander. Nagy appeared in films such as ‘I by Day, You by Night’ (1932) and ‘Princess Turandot’ (1934), and was the subject of portraits by Thomas Staedeli in addition to Sander. Whilst Sander was invested in capturing types and categories of people in his time, this particular image demonstrates the individualized detail he sought to portray relative to their social position. Sander maintained a remarkable sensitivity to individual subjectivity within each category, noting, as art historian Andy Jones has, the voice and story behind his sitters. Sander was seeking to create a body of work not just as a form of sociological research and documentary, but also with an active subject, unique narrative and depth of personal history. 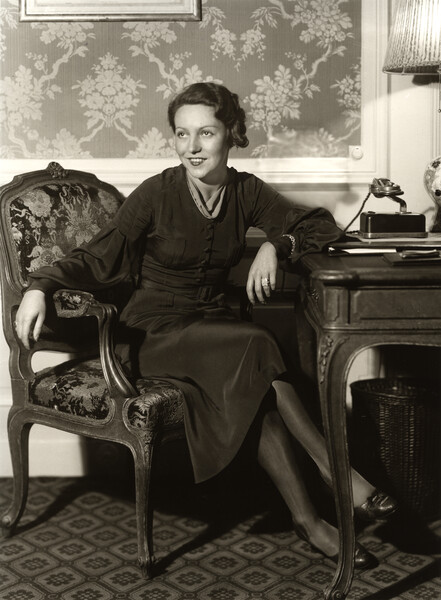 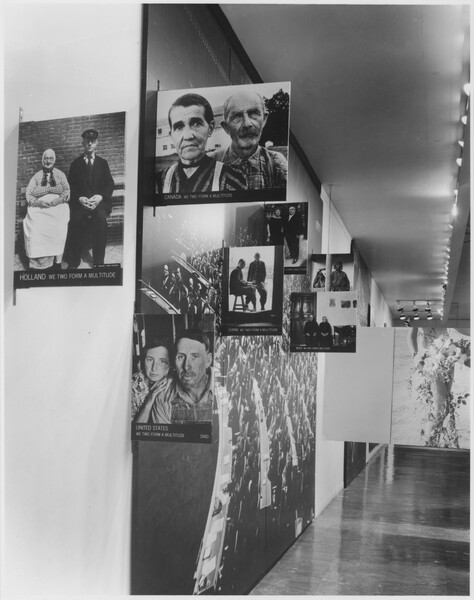 It was not until 1951, when German collector and photo-entrepreneur L. Fritz Gruber dedicated an extensive exhibition to Sander at the Photokina in Cologne and introduced him to Edward Steichen, that Sander began to gain his earned recognition within the canon of art history. In 1955, Steichen selected a number of his works to be included in his landmark exhibition, ‘The Family of Man,’ at MoMA in New York. Sander has since been honored with major solo exhibitions and inclusion in important group shows and public collections throughout the world. His portraits are essential documents of the time he lived through in Germany, and the variety of people who inhabited the morphing social, political and economic landscape. Sander hoped that his portraits—of actresses, architects or bricklayers—could document the rich diversity of human society and at the same time illuminate their commonalities.
–
Sander’s pioneering portraits are the subject of a solo presentation for our booth at Paris Photo titled ‘August Sander. Menschen des 20. Jahrhunderts (People of the 20th Century)’, from 7 – 10 November 2019.