It was while Guston was at the American Academy in Rome that he met documentary filmmaker Blackwood and made arrangements for Blackwood to visit his studio at the end of August, following his return to Woodstock. Blackwood and his crew filmed for two days, capturing much of the footage later used for the hour-long film Philip Guston: A Life Lived, released in 1981.

Curated by Musa Mayer, the artist’s daughter, ‘Resilience: Philip Guston in 1971’ is an exhibition that sheds light on a single pivotal year that marks a critical junction in Guston’s artistic career, telling a story of renewal, invention, and outrageous satire through two major series, the Roma paintings and the Nixon drawings, as well as a select group of larger paintings. 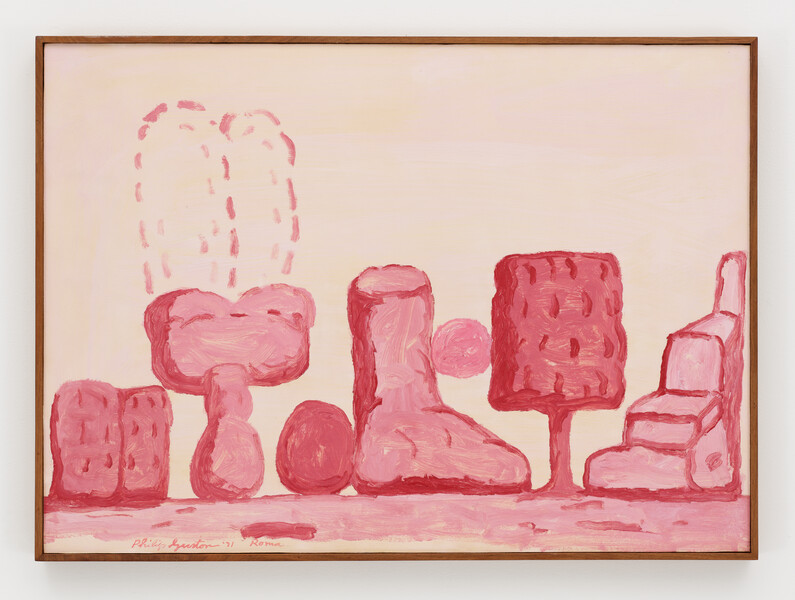 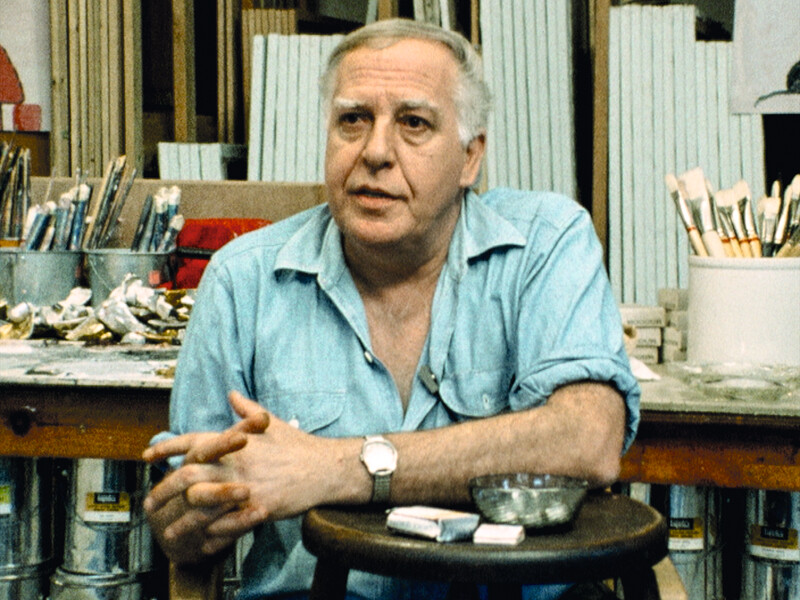 As part of the exhibition, the newly discovered 1971 footage from filmmaker Michael Blackwood of Guston and his poet friend, Clark Coolidge, discussing the Roma paintings, is being shown in a 19 minute film entitled ‘Moving in Another Direction.’ Additionally, the exhibition is accompanied by a new publication, which presents an essay authored by Mayer that offers an intimate view of her father’s state of mind during 1971.