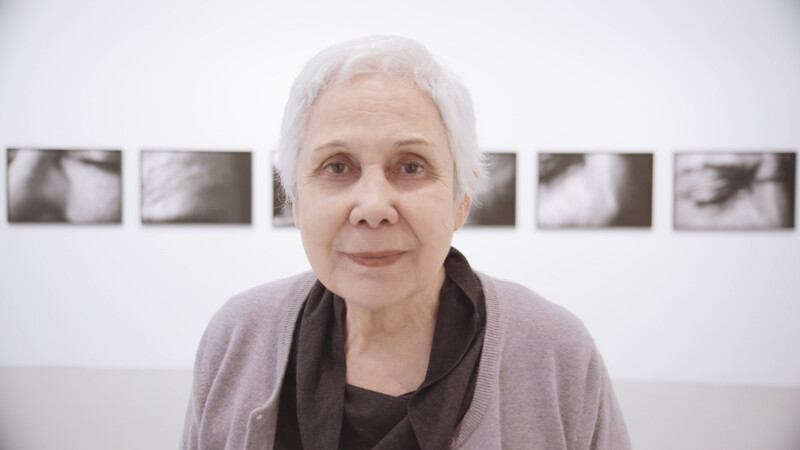 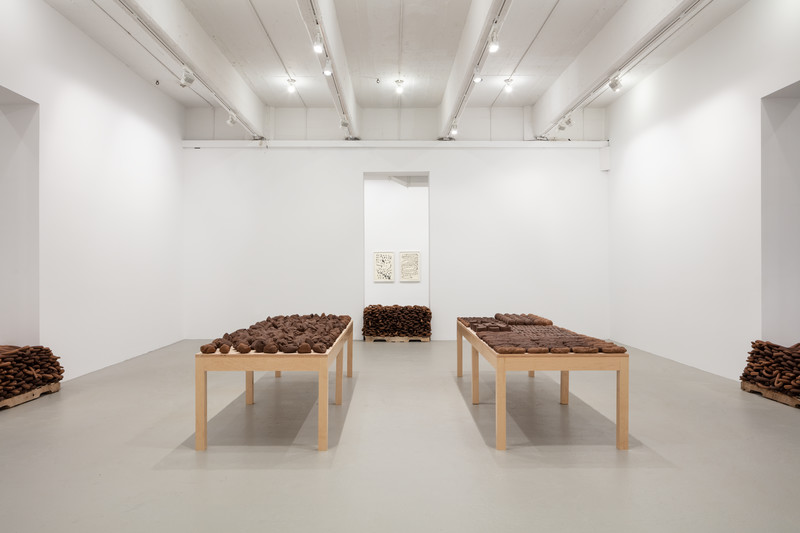 At the heart of the exhibition is ‘in-locu,’ from the Terra Modelada (Modeled Earth) series, a never-before-realized unfired clay installation that was first conceived by Maiolino in 1998 for the 24th São Paulo Biennial. Ultimately, Maiolino deemed the Biennial’s space too small for this large-scale work, and for the subsequent two decades she has sought an opportunity to carry it out. As Maiolino has envisioned it for Hauser & Wirth’s 22nd Street space, ‘in-locu’ consists of soft amorphous forms that the artist rolls, kneads, and shapes into place on site. Maiolino’s laborious processing of raw material is ritualistic and profoundly personal – she has said that her first encounter with clay in the late 1980s ‘provoked a storm’ within her. Here, the artist’s touch is recorded in the endlessly malleable clay from which each component is made, evoking the handwork of daily rituals and the bodily functions of eating and defecating. In this sense, ‘in-locu’ serves as a reminder to the viewer of his or her own corporeal appetites. The faint scent of the wet clay highlights the installation’s temporality, and as the mutable material continues to dry, shift in color, crack, and decay throughout the run of the exhibition, visitors are reminded of mortality and its poignancy.
Maiolino relates the act of molding clay to the act of writing and the mobility of drawing. In the artist’s hands, paper becomes more than a surface for mark-making; it is both ‘matter and body,’ expressed through the act of gesture. For each of her drawings, Maiolino has developed a system of serial movements that render distinct results. In two new works from her ongoing Filogenéticos (Phylogenetics) series, the repetitive and rhythmic actions that Maiolino applies to clay are captured on paper. Each drawing comprises a dense network of homogenous lines that wrap themselves around a biomorphic red mass, mapping time and evoking a cellular organism in constant metamorphosis. Works from the Peculiaridades (Peculiarities) and Pré-indefinidos (Pre-undefined) series retain a more graphic refinement, some appearing like an alphabet of signs, others like diagrams or charts.

In her new paintings from the series Ações Matéricas (Material Actions), Maiolino continues techniques used in her Aguadas (Watery) works on paper. She covers the canvas in a single color – yellow, red, or white – and then pours black acrylic paint onto the surface, intuitively maneuvering the canvas to guide the viscous paint across the space. The meditative approach, allowing gravity and the surface of the canvas to determine the composition, results in amorphous shapes that echo the organic forms of Maiolino’s sculptures, such as her coiled Cobrinhas (Little Snakes) (2018), made from cement and mamor powder.
The exhibition also features a number of Maiolino’s metal sculptures, including three works from her 2016 series Hilomorfos (Hylomporhs), named after Hylomorphism, the Greek philosophical doctrine that physical beings result from the combination of matter and form. The five works from her 2018 series Desde o Fogo (Since the Fire) are cast in a bronze alloy and supported by a compact rod of bulging rings set in a dense base, creating what Maiolino describes as a ‘hybrid material being.’ 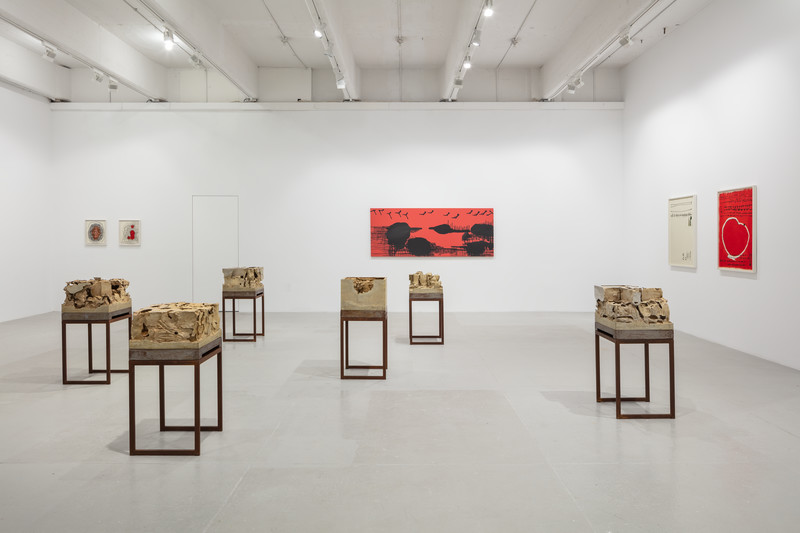 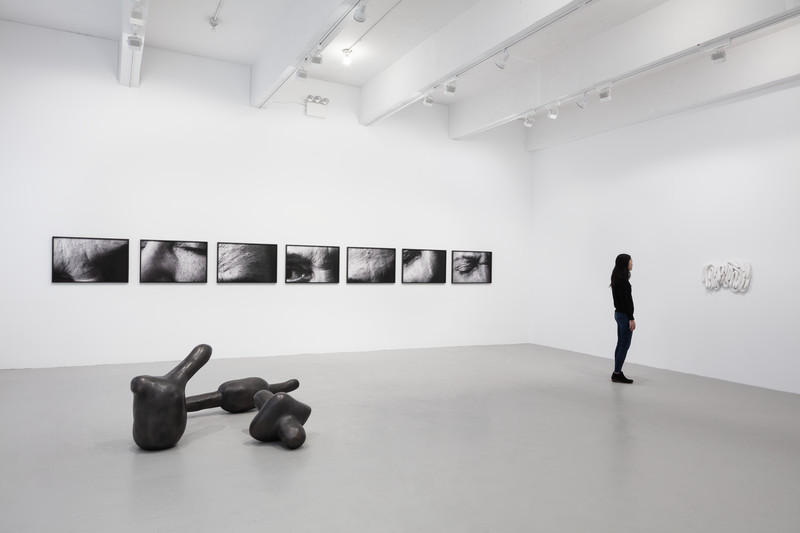