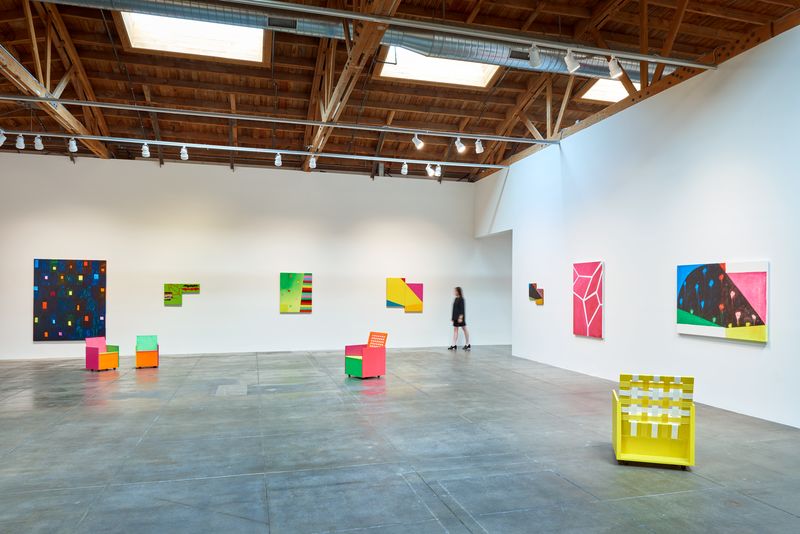 To her bemusement and occasionally her consternation, the painter Mary Heilmann is often described as a New York artist. And it’s true that she came of age in the lofts of downtown Manhattan, where she arrived at 28, perhaps appropriately on July 4, Independence Day, 1968 – 50 years ago – settling on a desolate stretch of West Broadway not yet known as TriBeCa.

But while Heilmann has worked most of her adult life in New York, she was born and raised in California, in San Francisco and Los Angeles. Her first stirrings toward art came at a potter’s wheel in the bohemian aeries above Santa Barbara. Her early education was formed around visits to the Ferus Gallery, seeking out the cryptic work of a young Bruce Nauman at the University of California, Davis, and seeing early L.A. shows by Vija Celmins. As she enters the sixth decade of her career – fully arrived at a signature abstraction celebrated particularly among fellow painters, a touch the critic Holland Cotter once described as great ‘effort at effortlessness’ – Heilmann likes to remind admirers more frequently now of the importance of the West Coast in her work.

It has long been apparent in the jazz-inflected titles she has given her paintings, some taken straight from the California roadmap – ‘Tehachapi I’ and ‘Tehachapi II’ from 1979, both in the collection of the Museum of Modern Art; ‘Rio Nido’ (1987), ‘El Segundo’ (1995) – and others, like ‘9th Wave’ (1988) and ‘Beach Break’ (2008), from the remembered feel of ocean, light and shore that were fundamental to her childhood. But she describes the influence as running deeper than geography and sunshine, down to a quintessentially Californian feeling in her early 20s about what it meant to be an artist, emanating first from the Beat scene, into which she briefly dipped in San Francisco, and then from the circle of her early teacher, the renowned ceramicist Peter Voulkos, at Berkeley. 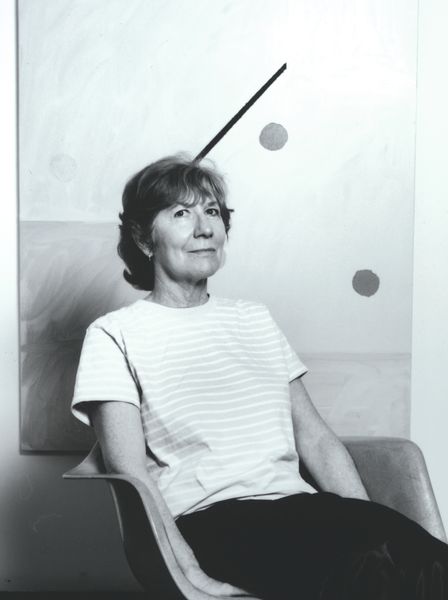 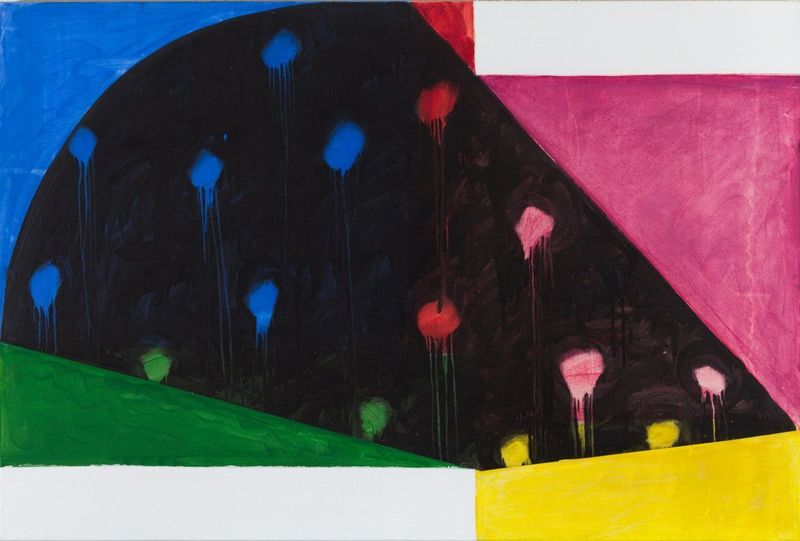 While Heilmann formed a conviction early on that she would have to leave California to be taken seriously as an artist – the certainty, at a time of extreme difficulty for women artists, that New York would offer at least some advantages – she describes California to this day with the kind of existential affinity that Joan Didion evokes in her 2018 collection of essays ‘South and West: From a Notebook’: ‘The place names have the ring of real places to me … I am easy here in a way that I am not easy in other places.’

During an April visit to Los Angeles, I traveled with Mary to many of what she described as her places – the blocks around Pershing Square, where she would travel by bus as a young girl to dive competitively on a team at the Los Angeles Athletic Club; Venice, where many of her friends had their first studios; El Segundo, where her father, a civil engineer, settled the family when they moved from San Francisco. What follows is an edited selection from a conversation recorded during that trip:

Randy Kennedy: Because you’ve been in New York for so long, people don’t seem to remember that your art education happened mostly with artists in L.A. Do you feel the need to remind everyone?

Mary Heilmann: Yeah. And I think it comes out when you think about my story. I chose to go to college at Santa Barbara because it was, in the ‘60’s, a surfing school. I didn’t think about it being a good part of the University of California. It turns out it was. But I was so busy going to the beach that I barely passed!

RK: In your memoir, ‘The All Night Movie,’ which you published in 1999, you talk about having to leave Los Angeles to move back to San Francisco, your birthplace, after the death of your father. And you write about your discovery of the Beats, whom you called ‘my new cowboys, my new saints.’ Did you think in those years that you’d become a writer?

MH: That’s right. Not art. Writing. The beat scene in San Francisco was right around where we lived and where I went to high school. We’d go down to North Beach to the City Lights bookstore and hear readings even when we were in high school. Ferlinghetti and Ginsberg and Corso.

RK: When you went to college, what made you decide to get out of the Bay Area and head south again?

MH: Back down to the beach!

RK: You needed the beach?

RK: If you’ll indulge me for a second, in ‘The All Night Movie’ there’s an incredibly poetic passage where you talk about finding your way up Mountain Drive in Santa Barbara, to the enclave of artists that had formed there in the 1950s. You say, ‘From there we drove over to Bill Neely’s for a party, beginning with a feast in the afternoon, barbecued bonito caught that morning in the Channel. Wine, California red in hand-thrown pottery cups made by our host. And the party went on, and when it was dark, lanterns were lit with candles, and there was an old stone cistern filled with icy water to dunk into.’ It sounds like a pretty cool scene for somebody your age at the time.

MH: That’s right, and it’s the early ‘60s. Bohemian life is just getting foregrounded, which evolves into the hippie scene. 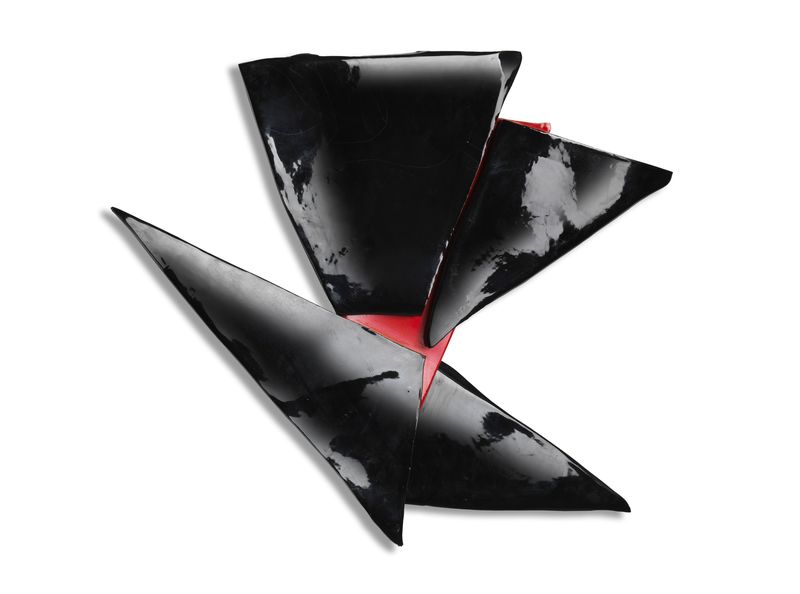 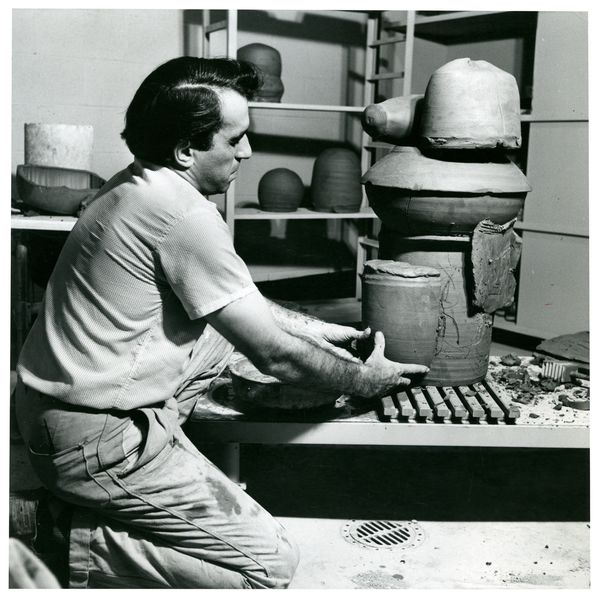 RK: When did you start to know about ceramicists like Peter Voulkos and make the switch from ‘I might be a writer’ to ‘I might start making things’?

MH: (Laughing) Well, you could party and get high and never read any books and still have a life as an artist. Even in school. I was really good at throwing pots on the potter’s wheel. It was like a sport, actually. So, I decided to go to Berkeley because I found out about Pete, teaching at Berkeley. He was a super radical thinker and teacher. So, I went up to Berkeley, but I had all C’s in college. No good grades. There was no way I was going to get in. But I got to meet this one guy, the artist Richard O’Hanlon, and talked to him and he liked me. He taught in the university in the art department. And so somehow, yep, I was in.

RK: What’s most interesting to me about those years is thinking about you studying ceramics, which struggled for so long to be taken seriously by the high art world. And yet it attracted you. And you’re studying under a ceramicist whose work is coming partly out of Abstract Expressionism, the most dominant art movement. But then, at the same time, you’re being influenced by people like Bruce Nauman up in Davis, a post-Minimalist Conceptual artist. These are strands of art that history usually talks about operating in parallel or in conflict. But you had your fingers in many of them almost at the same time.

MH: I was always trying to be edgy and radical and I had a big attitude. I was really ornery and sarcastic. I was doing sculpture, not just pottery but also cast bronze, welded steel, wood carving, wood assemblage, and then looking at what was going on with Minimalist and Conceptual ideas like ‘Anti-form’ and ‘Primary Structures.’ The sculpture department at Berkeley was in general pretty conservative and they didn’t like what I was doing. I’d make a big circle of Masonite or of plywood and sprinkle it with dusty stuff and then spray it all black and that would be a sculpture of a hole in the wall. They did not think that was cute or funny.

RK: Do you remember how long was it into studying with Voulkos and starting to know artists in the Bay Area that you started to know in your own mind that you wanted to be an artist?

MH: I think that the social, cultural scene around the art department, around Voulkos and some of the other people teaching there, was very hip and very fun, with a lot of partying, a lot of talking, visiting people coming from all over the place. So, I realized that the art world existed. And it would be really great to be a part of it.