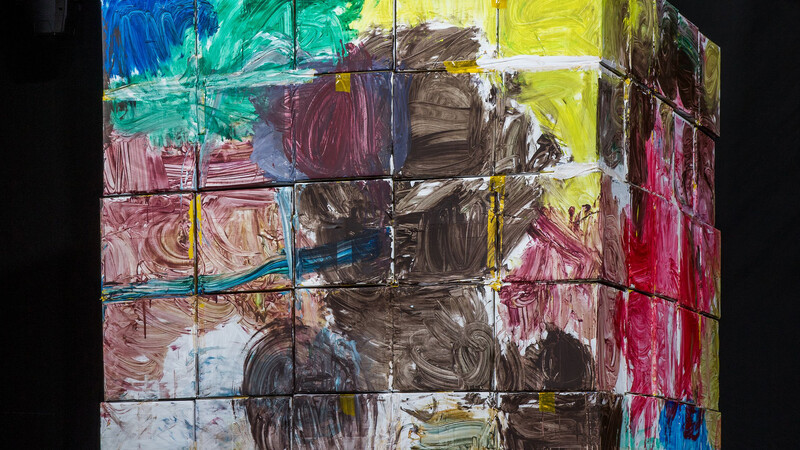 ‘Colourful Tower’ (2017) is a development of the artist’s renowned Space Paintings, responding to the industrialized cityscape of Shanghai. In Zhang’s Space Painting series, he paints directly onto the walls of a room to create nostalgic environments. These range from the abstract, where color and gesture recall sights and sounds of a particular place, to figurative reproductions of redundant, empty spaces. The scale, and the lack of a traditional frame, alters the relationship between viewer and work, demanding the viewer to consider painting in a spatial dimension.
Zhang Enli was born in 1965 in the province of Jilin in China. In 1989, he relocated to Shanghai where he continues to live and work, a transition that greatly affected his artistic practice and the evolution of his painting.