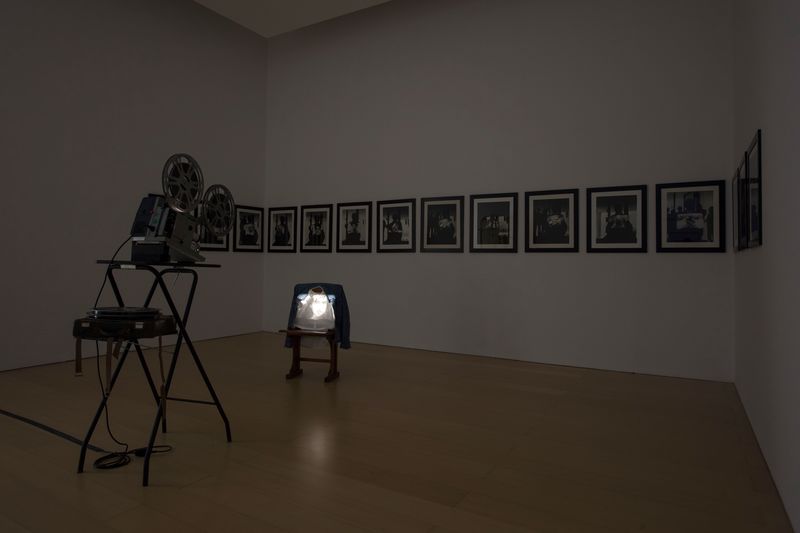 His rigorous inquiry focuses on the system of signs and symbols that Nazism and Fascism used to create consensus, seductively manipulating the masses. Investigating the forms – and even the beauty – through which totalitarian regimes have represented themselves, he asks us to personally participate in historical contradictions and to confront them with critical awareness. This demanding retrospective, curated by Laura Cherubini and Andrea Viliani, points out the multiplicity of means that Mauri has engaged – painting, sculpture, installations, performance, theater – and demonstrates how his pioneering and multifaceted production can be seen as a coherent, total work, in which thinking reigns supreme.
Works with strictly political significance occupy the ground floor. A potent metaphor for every form of separation or segregation, ‘Il Muro Occidentale o del Pianto’ (‘The Western or the Wailing Wall’), 1993, greets visitors at the entrance with the powerful impact of memories of suffering. Composed of old and new leather suitcases, it describes exile, deportation, and flight, from the Holocaust to the present. But the next work, ‘Sala del Gran Consiglio (Oscuramento) (Hall of the Grand Council [Darkening]),’ a segment of the multipart performance piece ‘Oscuramento (Darkening),’ 1975, hurls the viewer, like a reluctant witness, into the very heart of history, via the form of a reconstruction of the Fascist Party conference at which Benito Mussolini was deposed in 1943. Life-size wax statues depict attendees seated around a U-shaped table, dressed in black shirts; a recording of their agitated conversation drags the public into an almost intolerable temporal vortex and toxic atmosphere. The performance ‘Ideologia e Natura (Ideology and Nature’), 1973, compels yet another confrontation of discomfort. A young woman takes off her Fascist uniform and then puts it on again, but mixes up the garments randomly, having now become incapable of wearing the repugnant outfit after coming into contact with the free natural state of nudity. The naked body resists the ideology in which it is clad and reveals the dogma’s fiction. It is precisely there, on the human body, that evil exerts its influence, where the suppression of individual identity is unleashed. But Mauri also redeems this subjugation, celebrating the body in ‘Intellettuale (Intellectual),’ 1975, a performance in which he projected Pier Paolo Pasolini’s film ‘Il Vangelo secondo Matteo (The Gospel According to Matthew, 1964)’ onto the body of the seated director, as if the latter were being pierced by his own creation. Here, in Pasolini’s absence, it is the idea itself that cuts into naked flesh. The work and its author become one; Mauri opposes the body as sacrificial victim with the body as creator, representing the ultimate identity of the individual who, in turn, identifies with his own work. 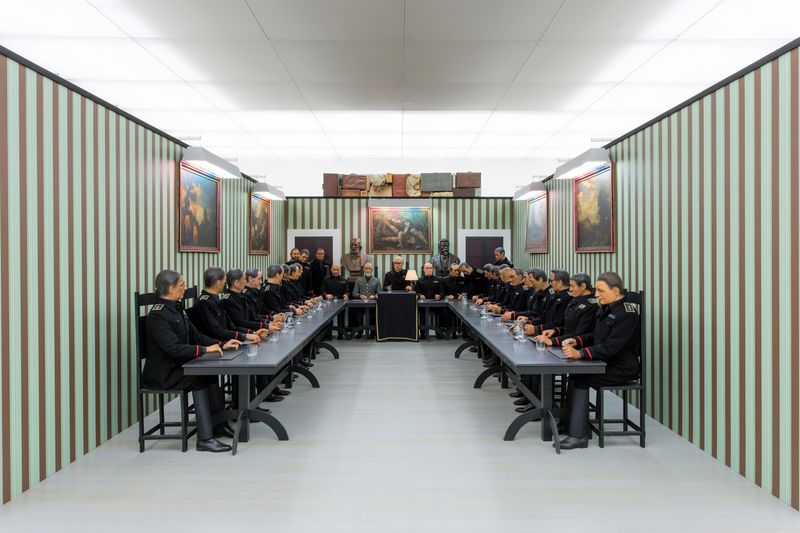