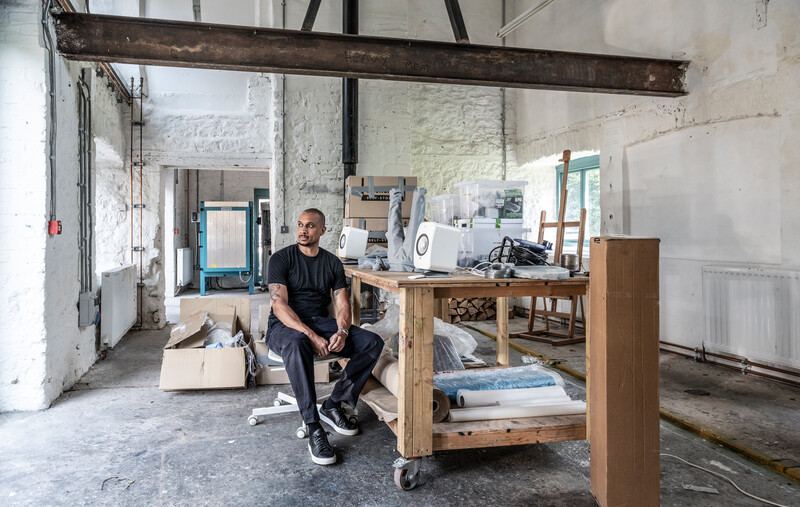 Ahead of Thomas J Price’s inaugural exhibition with Hauser & Wirth Somerset, ‘Thoughts Unseen’, the London-based artist will join the gallery as artist-in-residence this summer. Price has rapidly become one of the most important British contemporary sculptors of his generation, subverting stereotypical representations of figures we value in society and traditional power structures. After studying at Chelsea College of Art, he completed his MA at the Royal College of Art in 2006 and began further interrogating the language of monumentalism to question the status inherent in public sculptures. Much of his work engages ideas of representation and perception, challenging existing historical narratives and reappropriating power.

The gallery will present its first solo exhibition of Thomas J Price’s work at Hauser & Wirth Somerset from 2 October 2021 – 3 January 2022. His work is currently on view at Sculpture Millwaukee, Winsconsin, US until 15 December 2021; The Line, London, UK; and in ‘Gold and Magic’ at ARKEN, Ishøj, Denmark until 8 August 2021.