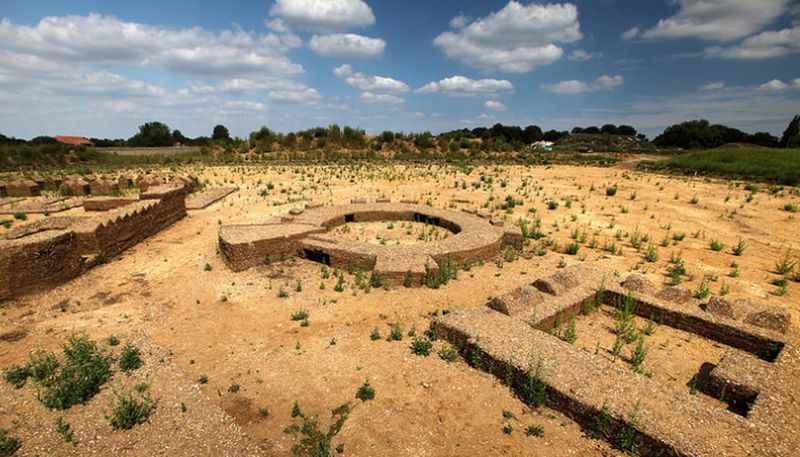 Guthrie’s work is deeply rooted in history – official and unofficial, subjective and objective. From encounters with the life-experiences of communities and people, her film ‘Bata-ville: We Are Not Afraid of the Future’ (co-directed with Nina Pope, 2005) and the film and photographic portrait ‘Exmoor National Dress’ (2008-2009) both originate from her interest in a community’s specific sense of pride and achievement.

From 2008 to 2011, in collaboration with the artist Nina Pope, Guthrie created ‘What Will the Harvest Be?’, a communal harvest garden in East London, commissioned by Newham Council. In 2012, the garden received a Grow for Gold Award from Capital Growth, for The Inspiring Food Garden.

Guthrie is currently Head Gardener for Grizedale Arts’s base Lawson Park, The Lake District, England, a fell side smallholding and art organisation with an ongoing programme of events, projects and residencies. She presented her international preserves at ‘House of Ferment’ with Grizedale Arts at Frieze Art Fair (2012) which is also part of the archive of Musee D’Art Util at the Van Abbe Museum in the Netherlands. She is also working on a residency at the University of Cambridge Department of Archaeology with Nina Pope, and has been commissioned to create a large-scale site specific cob piece ‘Tomorrow, Today’. They have a solo show at Kettles Yard, Cambridge, England later in 2014.

Commencing in October 2014, the Soil Culture Residency will focus upon the soils around local food production. There is an opportunity for the residency to link with the Durslade Walled Garden project (a community garden) or local suppliers to the gallery’s restaurant. The outcomes of the residency will be included within a touring exhibition (May 2015 – September 2016), organised by the Centre for Contemporary Art and the Natural World (CCANW).

The Centre for Contemporary Art and the Natural World, based at the University of Exeter, explores new understandings of our place within nature through the arts. Soil Culture, a collaboration with Falmouth University and involving many partnerships across the South West, uses the work of artists to inspire a deeper appreciation of the importance of soil – a resource on which our entire civilization depends.