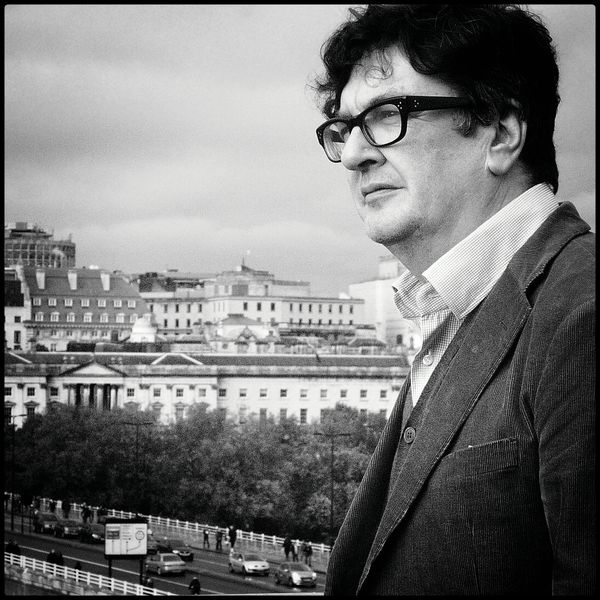 From July 2014, Mark Wallinger spent six weeks in Bruton as a Hauser & Wirth Somerset artist in residence, at the Maltings studios. As one of the UK’s leading contemporary artists, Wallinger’s work since the mid-1980’s is both aesthetically and intellectually rigorous ranging from meticulous paintings of racehorses to a presentation of the first public statue of Jesus Christ in England since the Reformation. As an artist he is committed to making art that is not only politically incisive but also accessible and witty.

As with previous artist residencies, Mark Wallinger’s time in Bruton did not have any prescribed outcomes. Hauser & Wirth Somerset’s residency programme encourages artists to benefit from the idyllic surroundings and to integrate with the local community, fostering dialogue about their work, contemporary art and culture within everyday life.

Mark Wallinger was born in Chigwell in 1959. He represented Great Britain at the 2001 Venice Biennale and was nominated for the Turner Prize in 1995, which he was awarded in 2007. Among his many solo exhibitions have been ‘One’, The Void, Derry, Northern Ireland (2013), SITE, BALTIC, Gateshead (2012), Museum De Pont, Tilburg, Netherlands (2011) and Kunstnernes Hus, Oslo, Norway (2010). His most well known works include, Ecce Homo, the first commission for the Fourth Plinth in Trafalgar Square (1999). He was also one of three artists commissioned for Metamorphosis: Titian 2012 at the National Gallery in London as part of the London 2012 Cultural Olympiad. His work is in the collections of leading international museums including Tate, MoMA New York and Centre Pompidou Paris.