We are pleased to announce the launch of our fourth decade with a constellation of events in Los Angeles—a world city that is both a major American cultural capital and a prime source of inspiration and energy for the gallery since its founding in 1992. To mark the moment, the gallery will debut exhibitions and public programs spanning LA from its Downtown Arts District location in the converted historic Globe Mills complex, to its new space in the heart of West Hollywood.

Opening on 15 February, the gallery will inaugurate its second Los Angeles gallery, at 8980 Santa Monica Boulevard in West Hollywood, with an exhibition of new paintings by celebrated American artist George Condo. With the exhibition’s title ‘People Are Strange’ taken from the hit 1967 song of the same name by legendary—and quintessentially Los Angeles—band The Doors, Condo’s latest canvases are filled with fragmented portraits and abstractions that echo LA’s sublime dissonance. In these large-scale works, the artist renders layered, vibrating planes, lines and geometries that seem to suggest a world of oppositional forces and states, at once solemn and euphoric, connected and entropic, logical and ineffable, beautiful and ugly. In their ability to convey such deep contradictions through Condo’s masterful approach to the medium of painting, the works on view mirror the incongruities and ineffable, seductive power for which the sprawling city of Los Angeles itself is duly famous. ‘People Are Strange’ finds Condo offering up impressions of the strange world around him and, in doing so, capturing something universal about the human condition and the transforming effects of time’s passage. 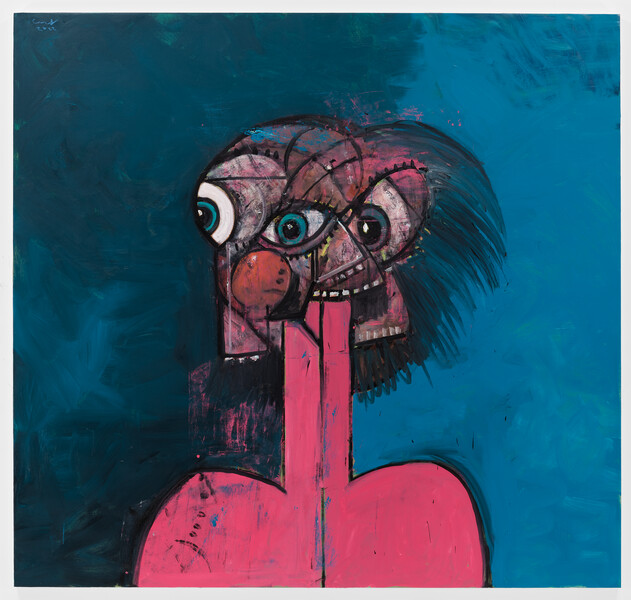 ‘LA is a global arts capital with an almost monolithic presence in the collective imagination, but at the same time it’s a collection of distinctive communities, each with its own personality and rhythm.’—Marc Payot

‘Our new space in West Hollywood is a manifestation of Hauser & Wirth’s deep commitment to Los Angeles and a love affair with the city that stretches back to the gallery’s earliest days, 30 years ago,’ says Marc Payot, President. In that time we’ve come to know LA through our relationships with our many extraordinary artists and estates based there, as well as our ongoing dialogue and collaboration with the city’s outstanding curators, writers, collectors and colleagues. We have been enchanted and influenced by the city’s defining contradiction: LA is a global arts capital with an almost monolithic presence in the collective imagination, but at the same time it’s a collection of distinctive communities, each with its own personality and rhythm.’

Hauser & Wirth’s Downtown Arts District location will host ‘Zeng Fanzhi,’ the first Los Angeles solo exhibition by the renowned Chinese artist, featuring a series of monumental, abstract landscapes presented harmoniously within the distinctive soaring space of the South Gallery. Zeng Fanzhi’s intuitive approach to the canvas is evident in his bold, expressionistic abstractions evoking natural phenomena. Rendered with a dynamism and exquisite palette, these paintings echo the magnetism and perceptual impact of 20th century color field painting but with a distinctively 21st century aura. Heralding Zeng Fanzhi’s latest technical breakthroughs, the works on view initiate the artist’s use of bright, saturated fields of color to define a painting. A seemingly vast expanse of hues, closer inspection of each surface reveals a delicate interwoven palette of vivid pigments. This exhibition marks the latest in Hauser & Wirth’s ongoing series of Los Angeles presentations conceived to introduce the city to the oeuvres of foremost international contemporary artists, further forging connections across geographical and cultural territories.

February will also find Hungarian-born, New York-based artist Rita Ackermann debuting a new body of work at Hauser & Wirth’s Downtown Los Angeles Arts District complex. On view in the North Gallery, ‘Vertical Vanish,’ Ackermann’s first exhibition with the gallery on the West Coast, will unveil large scale gestural oil paintings that synthesize line, color and form. Repeated figures and motifs emerge and then disappear again within fields of saturated color achieved through the artist’s actions—drawing, painting and erasing. Oil, china maker and acrylic are heavily worked into the surface of canvas and raw linen whereby figures are lost and lines are scraped away to reveal shattered compositions. Ackermann’s latest works present a complex layering of visual language oscillating between abstraction and figuration into a subconscious unfolding of form. 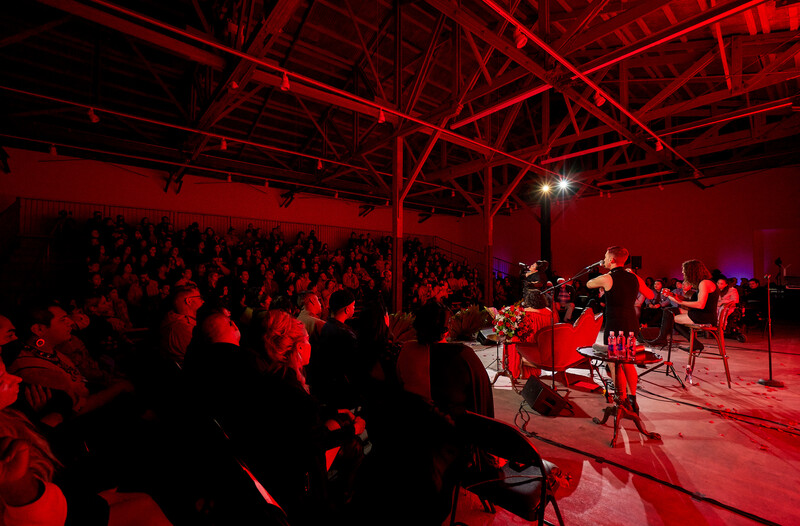 With its dedicated home in the East Gallery of the gallery’s DTLA complex, The Performance Project is an ambitious Hauser & Wirth initiative conceived to further foreground the performing arts and explore relationships between the myriad forms of path-breaking creative expression that engage the artists of our time. On 15 February, The Performance Project will kick off its 2023 season of outstanding public programs with a five-category Vogue Ball featuring 30+ House/Ballroom artists, curated by the Iconic Sean/Milan GarconTM of The House of AWT. Three days later, on 18 February, The Performance Project will present GABE, a musical collaboration featuring EJ Hill, Jeffrey Michael Austin, DonChristian Jones and Morgan Bassichis.

To learn more about The Performance Project, and for program and ticketing information, please click here.