A space for community learning inspired by the traveling exhibition ‘The New Bend’ curated by Legacy Russell, Executive Director & Chief Curator of The Kitchen

The Community Lab provides opportunities to learn more about the Gee’s Bend quilters through an extensive historical timeline of the Alabama region and a looping documentary provided by Souls Grown Deep that plays firsthand accounts of some of the Gee’s Bend quilters. For those who cannot physically visit the space, you can explore our timeline and view the Souls Grown Deep documentary online.

In 2022, ‘The New Bend’ traveled from the gallery’s 22nd Street location in New York to Los Angeles, finishing its tour at our Somerset gallery in 2023. The ‘Community Lab: Threads of Connection’ accompanies the exhibition to provide further historical context, as well as allowing new audiences to work with fabric and textiles, thereby connecting participants overseas through their shared appreciation for art history and craft. 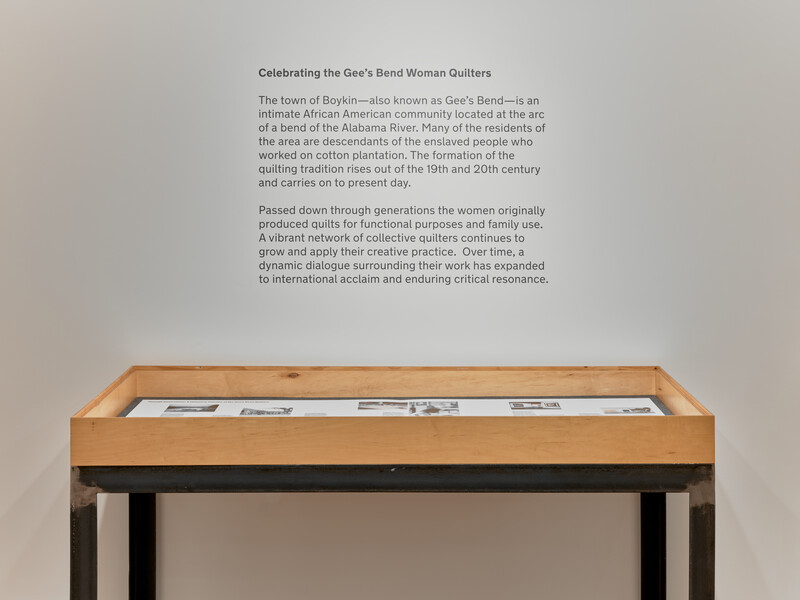 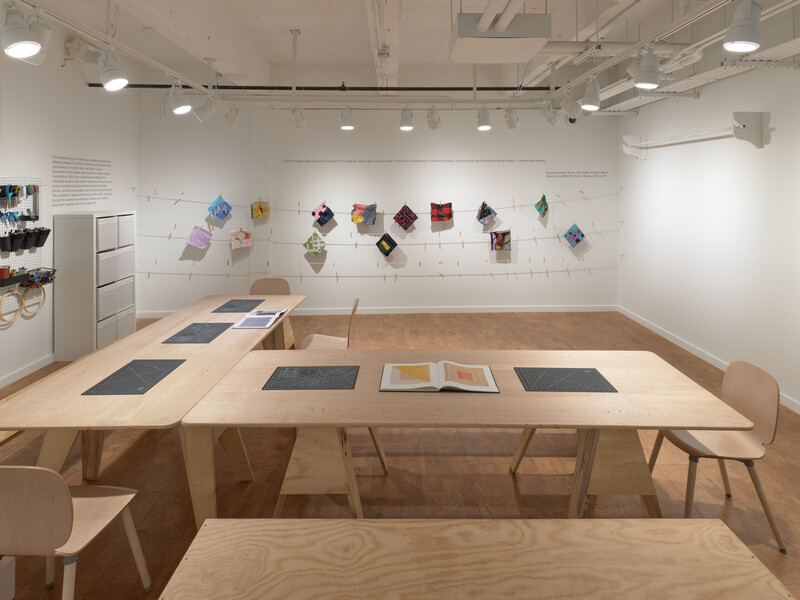 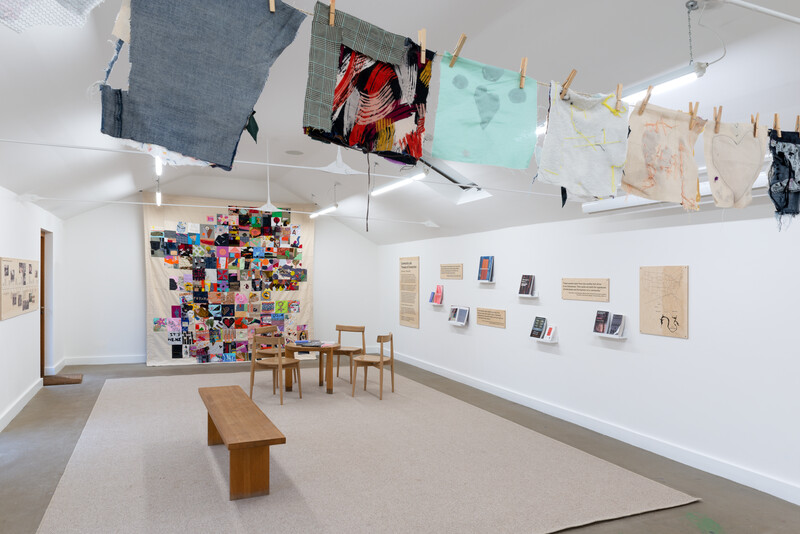 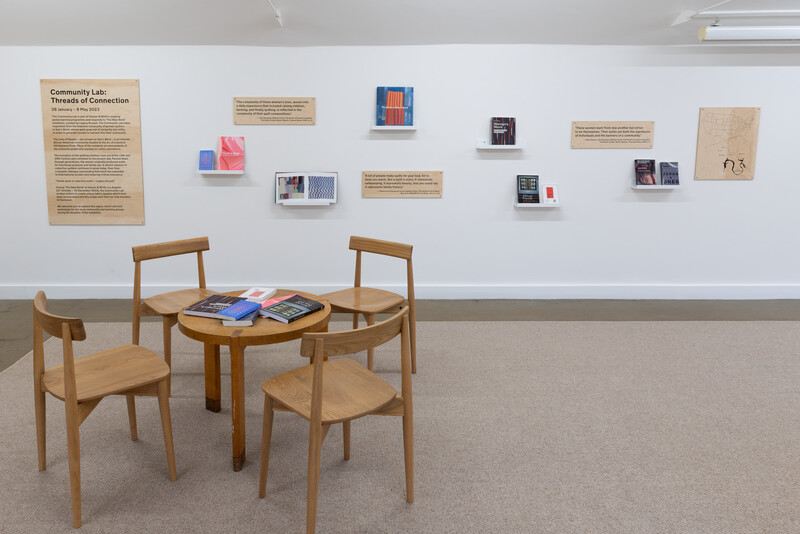 The Community Lab extends inspiration from the Alabama community of women quilters in the Gee’s Bend. The work created by these female progenitors grew out of necessity and utility; to generate income to reinvest into their community. Through hands-on artmaking, community members can come together in this dedicated community space and take part in the centuries old tradition that originates from the communal quilting circle. Visitors can also explore quilting in relation to Black art history as a socio-political practice and its potential for reimagining community artmaking today.

The Community Lab in Los Angeles invited visitors to abstract and express different modes of cutting stitching, splicing, remixing and drawing to create their own fabric squares. Participants were invited to experiment with shapes and markers to make their own unique contributions. Through this collaborative endeavor, the individual squares explored narratives of visual culture, across localities and generations, weaving together stories, sharing knowledge and empowering one another. The completed squares were then displayed on a clothesline. During these workshops, visitors were invited to sew them together into one single quilt. The finished quilt will be displayed within The Community Lab in Somerset , which will be on view from 28 Janaury – 8 May 2023. 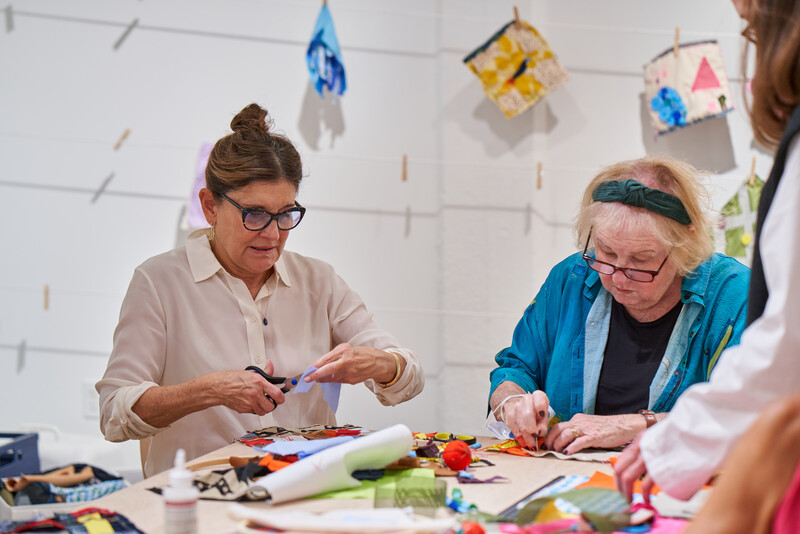 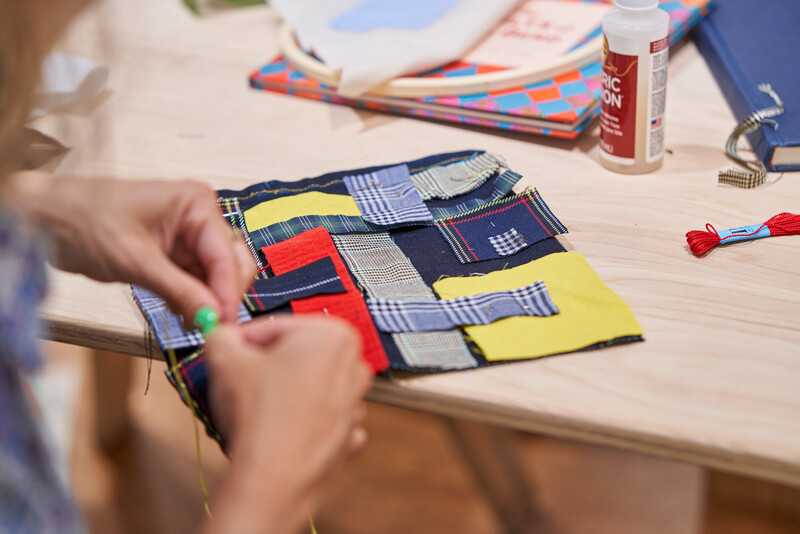 About Gee’s Bend
The town of Boykin — also known as Gee’s Bend — is an intimate African American community located at the arc of a bend of the Alabama River within Wilcox County, Alabama, United States. The location was originally named for a landowner and slaveholder of the same surname, who in 1816, settled in the area and built a cotton plantation. Many of the residents of the area are descendants of the enslaved people who worked on this plantation; they therefore carry shared family names, such as Bendolph, Pettway and Young.

In the 1940s, the land of Boykin was sold in plots by the United States Government to local families still living in The Bend. In a complex twist, this made it possible for the Black and native residents of the area — once subject to the extractive labor and economic practices of enslavement and sharecropping — to gain ownership in part over the same land their families had once forcibly worked within.

The formation of the quilting tradition of Gee’s Bend rises out of the 19th and 20th Century and carries on to present day where a vibrant network of collective quilters continue to grow and apply their creative practice. The quilts were originally produced for functional purposes and family use. However, over time, cooperatives such as The Freedom Quilting Bee (est. in 1966 in Rehoboth Alabama and remaining in operation until 2012) and the Gee’s Bend Quilters Collective (est. in 2003) were impactful in shaping an alternative economic model that allowed for the quilters to raise funds for their community. The Freedom Quilting Bee also played a key role in political consciousness-raising, as active participants in the drives for voting rights and advocates within the civil rights march from Selma to Montgomery. A dynamic dialogue surrounding their work has since expanded to international acclaim and enduring critical resonance.

Learn more about this history and support Gee’s Bend quilters by visiting www.soulsgrowndeep.org. All proceeds from the exhibition catalogue will support Souls Grown Deep.