This September marks the global release of ‘REMOTE,’ the debut feature-length film from Mika Rottenberg and Mahyad Tousi.

‘REMOTE’ will premiere in September and October at the following venues. Click the links below to learn more and register for a screening near you.

About the film
Set in a near future, ‘REMOTE’ follows Unoaku, an expat architect living in a solar-punk apartment in Kuala Lumpur, and four other women living on their own in Iran, Argentina, Puerto Rico, and South Africa. While watching a popular South Korean dog grooming show, the five women discover they are connected through mysterious portals hidden in their homes. Embarking on a quest for answers, they use the portals to bridge the distance between them, uncovering a phenomenon with universe-altering consequences.

‘REMOTE’ was filmed in 2021 at Rottenberg’s studio in upstate New York and in various locations across the Hudson Valley and New York City that double as apartments across the globe, with a cast including multinational actors and performers, including MacArthur Fellow and Kravis Studio artist-in-residence at MoMA Okwui Okpokwasili and featuring South Korean actress and model Joony Kim. Produced during the COVID pandemic, ‘REMOTE’ explores what it means to connect in a ‘hyperconnected’ future populated by isolated users who are mostly unable to form and maintain unmediated human relationships. 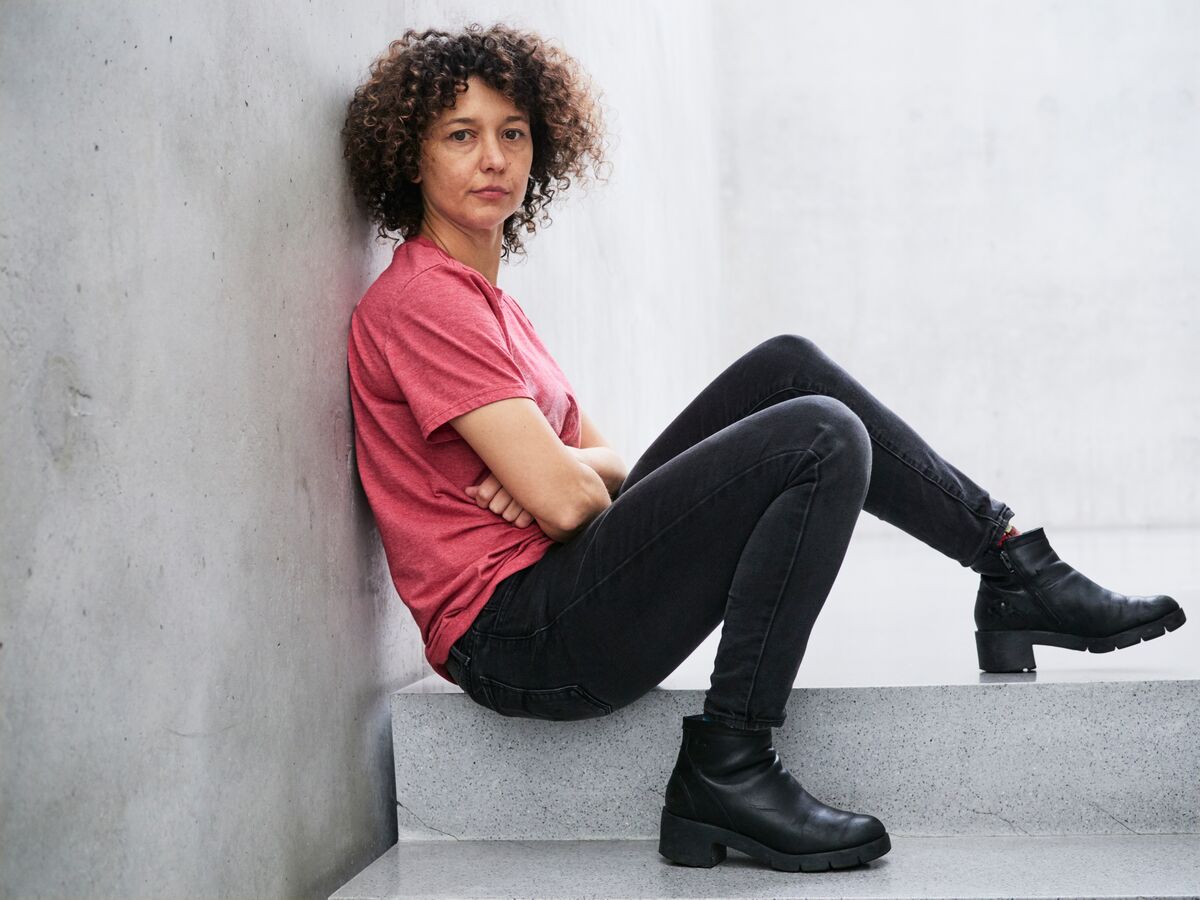 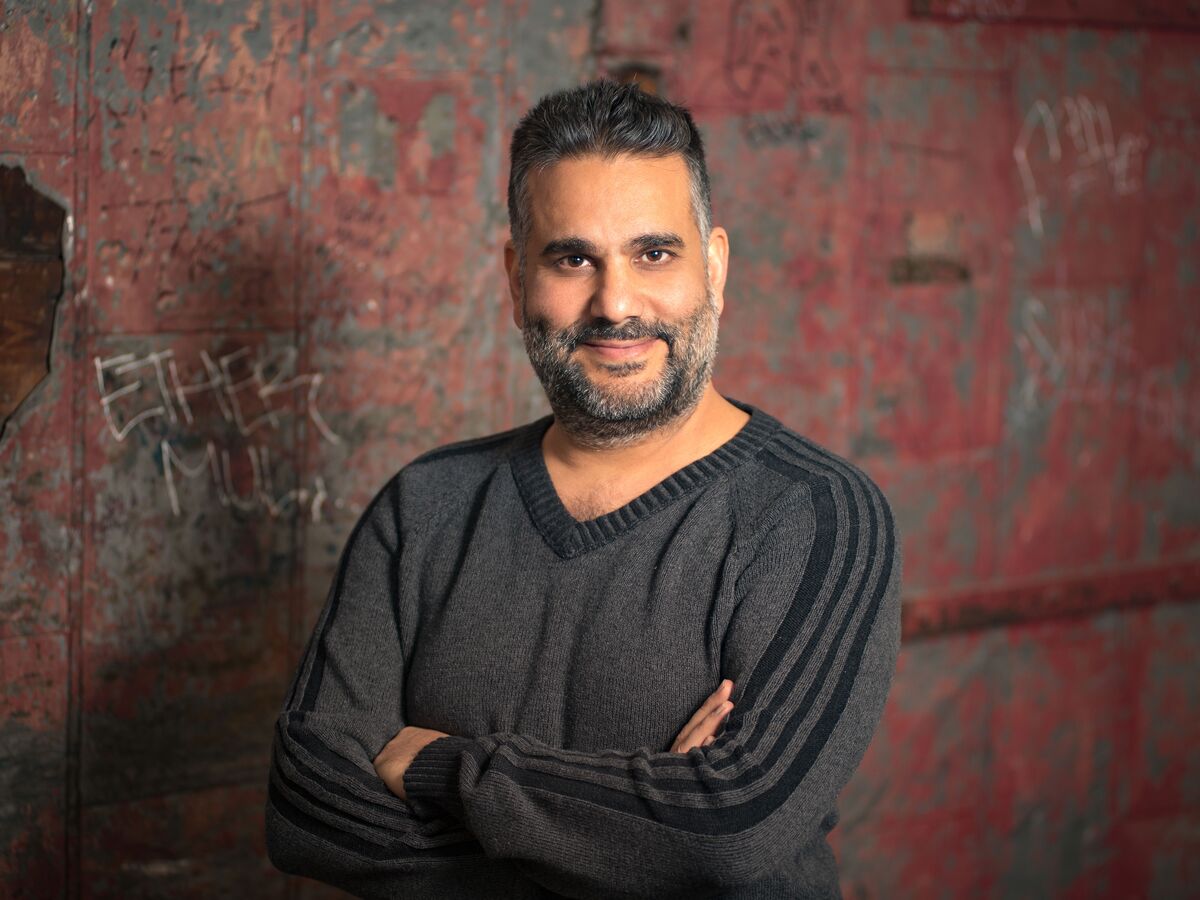 Mika Rottenberg said: ‘For years, my work has blended fact and fiction into video installations that both create and defy logic. I’ve always wanted to explore the idea of working with a more ‘classic’ storyline as an added layer of structure in my work. Mahyad and my collaboration began during lockdown with a conversation about a connection to a geographic location and the strange experience of traveling so easily through the World Wide Web while being physically stuck in one place. We found ourselves drawn to concepts of New Age magic and technology, and the nostalgia for the ideal of the ‘global village’ at the turn of the millennium. We also tried to play around with different genres of moving image making, ranging from avant garde cinema of the 70s to YouTube dog grooming videos.’

Mahyad Tousi said: ‘REMOTE’ is a love letter to the idea of human touch. COVID suddenly forced us all to be grateful for ‘tech connection,’ our daily lives laid bare on video calls—but what does it mean to connect with others in a post-tech era? In the early days of the lockdown, Mika and I started talking about magical realism, weird fiction, puzzles, and Chantal Ackerman. Our conversations were as much about catharsis and collaboration as making a film at a time when it was hard enough to just get out of bed in the mornings. We all shared this common crisis, and I feel lucky to have had this creative outlet to process it. So it’s now quite rewarding to be sharing the film with audiences around the world.’

Okwui Okpokwasili, lead actress and executive producer of the film, said: ‘When Mahyad and Mika approached me in early 2021 with the idea of making a film about living in a cycle of pandemics and lockdowns, and the heightened charge of connection and touch, I said, ‘Yes, I’m here for this. Being the only actress on set during filming allowed me to drop right into Unoaku’s feeling of isolation, her curiosity and sense of wonder.’

REMOTE was commissioned by Artangel; the Louisiana Museum of Modern Art, Humlebaek, Denmark; and Moderna Museet, Stockholm, Sweden; in association with Hauser & Wirth. The film was completed with support by MOCA’s Environmental Council, Los Angeles, US; Musée d’art contemporain de Montréal, Canada; X Museum, Beijing, China; the Busan Biennale, Korea; and The Contemporary Jewish Museum, San Francisco, US. ‘REMOTE’ will join the permanent collections of both the Louisiana Museum of Modern Art and Moderna Museet.

About Mika Rottenberg
Mika Rottenberg is a New York-based artist whose rigorous practice combines film, architectural installation, and sculpture to explore ideas of labor and the production of value in our contemporary hyper-capitalist world. Using traditions of both cinema and sculpture, she seeks out locations around the world where specific systems of production and commerce are in place, such as a pearl factory in China, and a Calexico border town. Through the editing process, and with footage from sets built in her studio, Rottenberg connects seemingly disparate processes and places to create elaborate and subversive visual narratives that are often situated within a theatrical installation made up of objects from the lush and bizarre parallel worlds in her videos. By weaving fact and fiction together, she highlights the inherent beauty and absurdity of our contemporary existence.

Born in Buenos Aires in 1976, Rottenberg spent her formative years in Israel then moved to New York where she earned her BA from the School of Visual Arts and her MFA at Columbia. Her current and recent solo exhibitions include Hauser & Wirth Los Angeles (through October 2, 2022); Musée d’art contemporain de Montréal (through October 10, 2022); Easypieces, presented at the New Museum in New York, the Museum of Contemporary Art in Chicago, and MOCA Toronto (as Spaghetti Blockchain) in 2019 – 2022; and the Louisiana Museum of Modern Art in Humlebaek, Denmark in 2021.

About Mahyad Tousi
Mahyad Tousi is an Iranian-American multidisciplinary writer, producer, cinematographer, and director working across story formats, genres, and platforms; his projects span primetime television, independent films, virtual reality, and the visual arts. He is currently writing and producing 1001, a sci-fi adaptation of The Tales from a Thousand and One Nights. Most recently he was the executive producer of the CBS comedy United States of Al, for which he received an MPAC Media Award for ‘reaffirm[ing] the importance of on-screen representation and narrative building.’

Tousi is the co-founder of BoomGen Studios, a film and television production company that has worked with dozens of high-profile projects since its inception sixteen years ago. He is the founder of Starfish—a 10-year vision for a self-sustaining cultural ecosystem for BIPOC artists. Tousi sits on the advisory board of MIT’s Center for Advanced Virtuality and speaks on the ‘critical impact of popular culture’ in shaping our shared future. He was born in 1973 in Portland, OR, and grew up in Tehran, Iran, before emigrating to the United States as a teenager. He currently lives in Los Angeles.