Alongside the gallery buildings and immersed in the natural landscape of Illa del Rei, works by Spanish masters Joan Miró and Eduardo Chillida feature together with landmark sculptures by Louise Bourgeois, Franz West, Camille Henrot and a new sculpture by Martin Creed, presented for the first time by the sea in Mahon’s harbour. 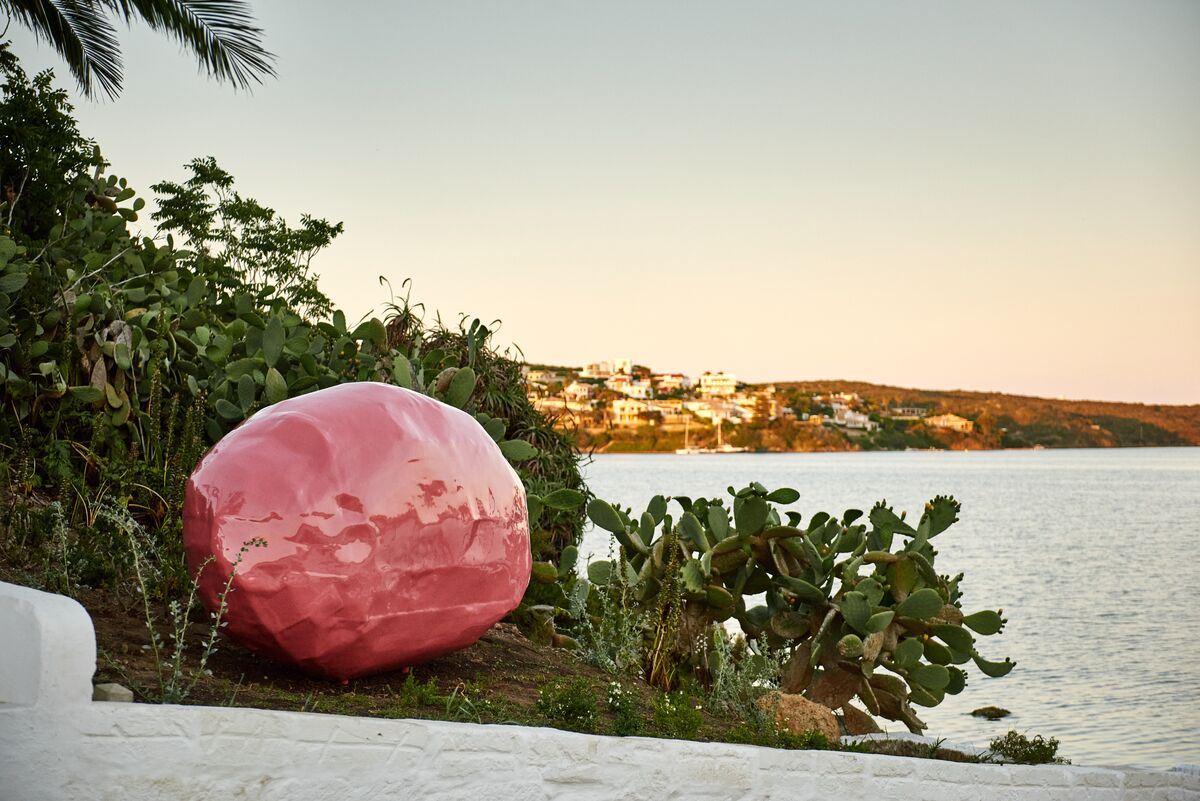 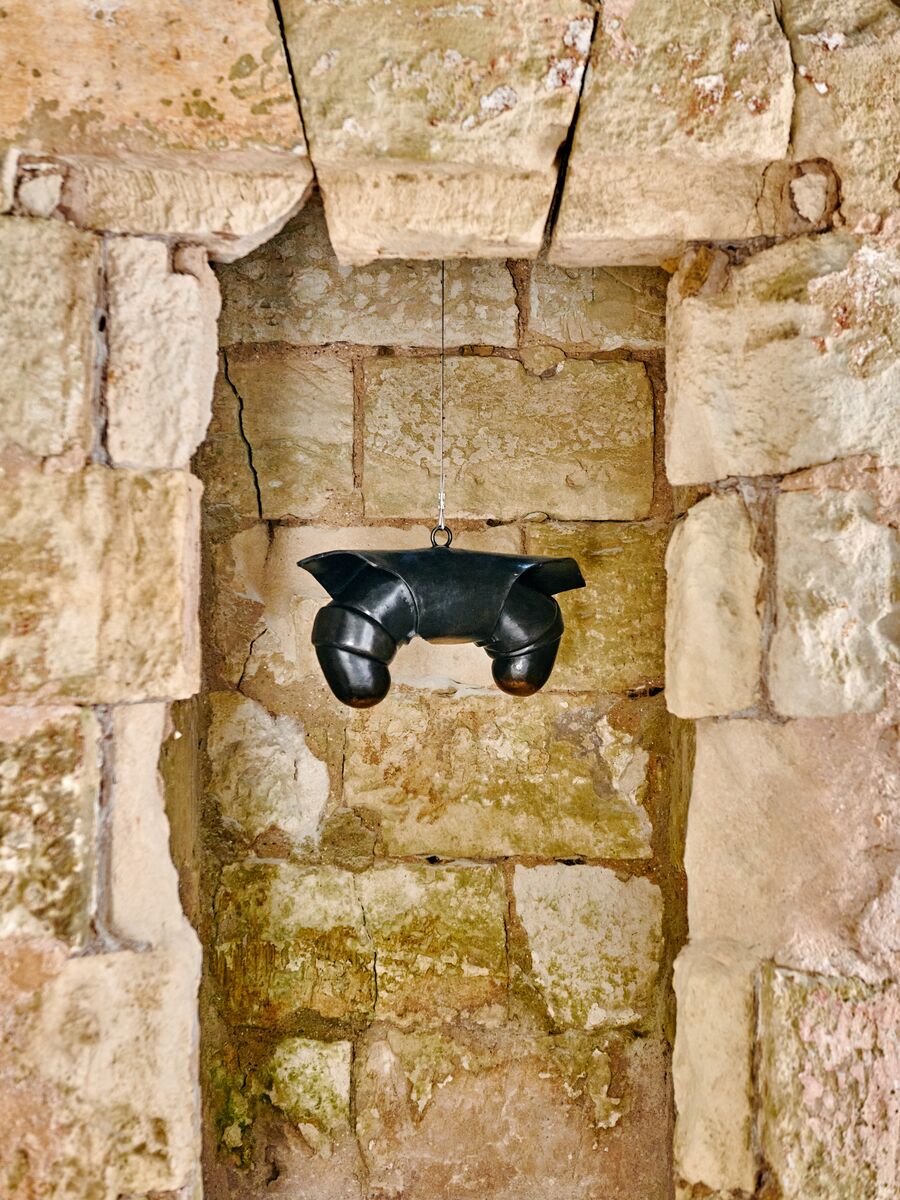 Eduardo Chillida’s ‘Elogio del Vacío VI’ (2000) is an ode to a major leitmotif in the sculptor’s oeuvre: space, and the shaping of form. For Chillida, space refers not to volume, but to the dynamic space of the void. Placed at the intersection between the gallery’s main entrance, ‘Cantina’ and the hospital building, the interlocked tentacular arms give shape to a void, creating interesting apertures and an interplay between light and shadow.

Inside the sandstone water tower by the gallery’s main entrance, Louise Bourgeois’ bronze sculpture, ‘Janus in Leather Jacket’ (1968), hangs suspended from a single point. Named after the two-faced Roman god, who looks simultaneously to the future and the past, the work’s symmetrical but ambiguous form can be read as male, female, or a merging of the two. Bourgeois stated, ‘its hung position indicates passivity, but its low-slung mass expresses resistance and duration. It is perhaps a self-portrait—one of many.’

One of the first large scale works from Bourgeois’ revered series, the ‘Spider’ (1994) juts out from the central patio. Eight slender, knobbly legs support an irregularly ribbed body that protects a gleaming granite egg. A recurrent motif in the artists’ career, the spider serves as an ode to her mother, who was a tapestry weaver. Both a predator and a protector, a threat and a repairer, the symbol evokes the emotional entanglements of her own childhood. The roots of Bourgeois’ work can be traced to her own life, but her works convey universal themes of emotion, anxiety and longing. 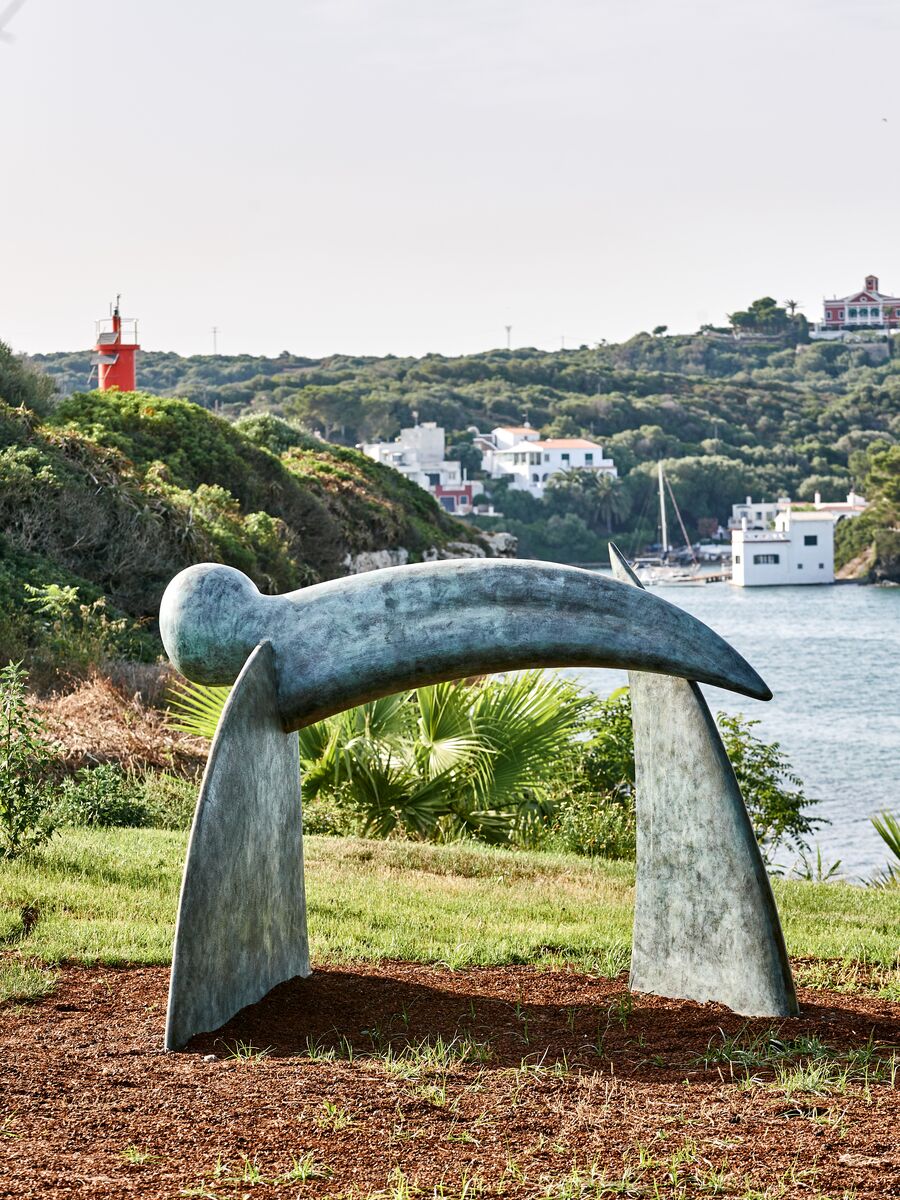 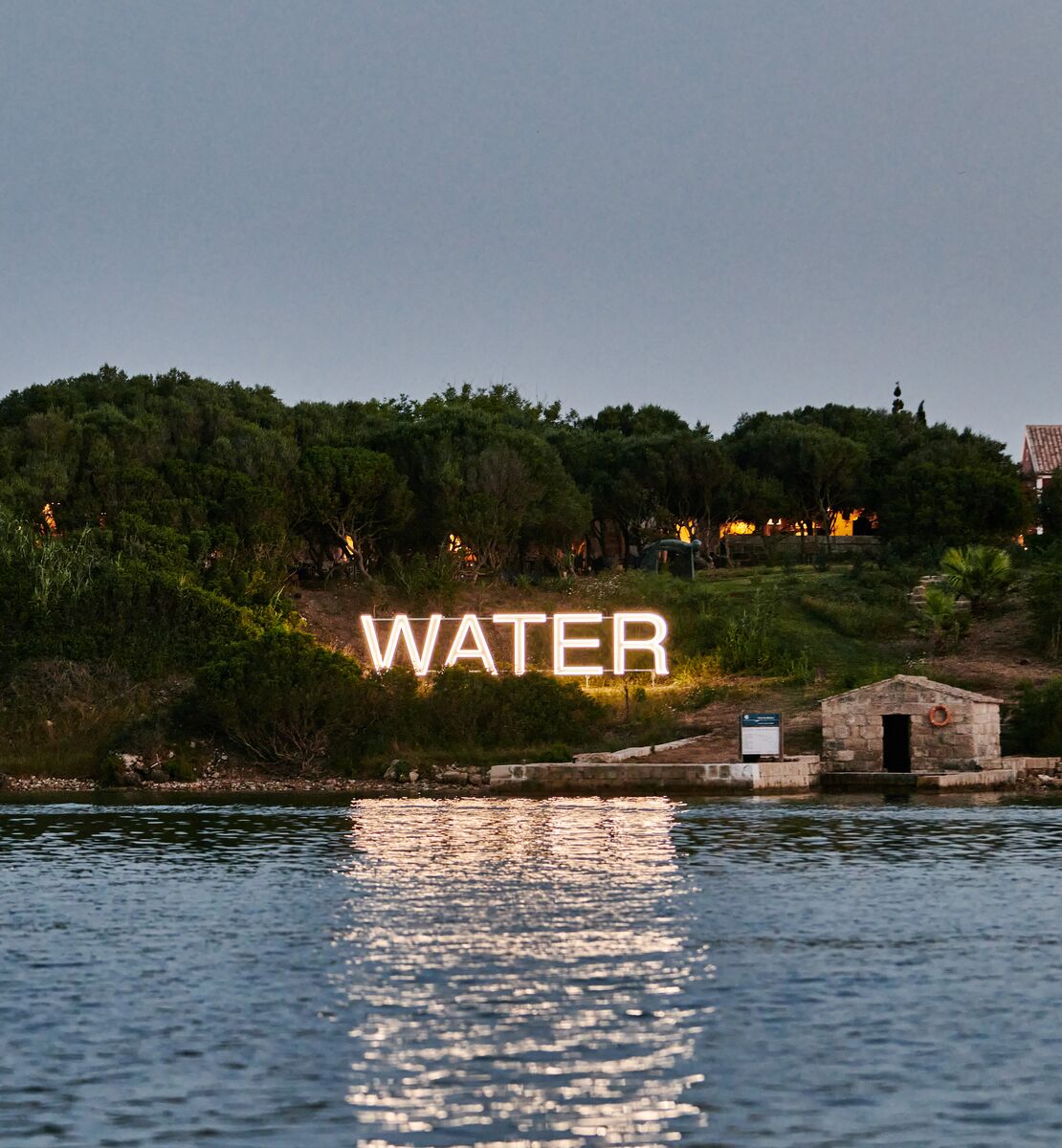 Standing at the end of the wild olive tree forest, like a doorway to the sea, ‘Inside Job’ (2019) is part of Camille Henrot’s series Systems of Attachment, which explores the way we understand the world through touch before we acquire language. The sculpture is reminiscent of a pelican feeding its offspring, with the three pieces tenderly leaning on each other and suggesting, in the artist’s words, the idea of the ‘perversity of care.’

Down by the water is the newest work by Turner Prize winner Martin Creed, ‘Work No. 3667 WATER’ (2022). The neon is a monument to water: water which is needed for life and of which people are mostly made; water which is fun and dangerous; water which is life-giving and life-threatening. Creed, known for work that is distilled into essential elements or actions, has said ‘it’s good if it feels like a complete no-brainer, so obvious that it is stupid—so as to try to get around the head and into the heart.’
_

Also on view at the art center, Rashid Johnson’s first exhibition in Spain, ‘Sodade,’ is on view through 13 November 2022.