We are proud to welcome Angel Otero to Hauser & Wirth. Our first exhibition with the artist will be presented in New York within a year.

Born in Santurce, Puerto Rico in 1981, Otero has achieved critical acclaim for his powerful, process-based work that transcends the boundaries of traditional painting. Merging painting with collage and sculpture, his work situates itself between abstraction and figuration in order to engage themes of history, memory, and identity. The uniquely palpable visual impact of Otero’s work is achieved through a technique that echoes the ways in which the passage of time reconfigures our perception of the world and our place within it: the artist lays down representational imagery in oil paint on glass panels, waits for the paint to partially dry, and then scrapes up its solidifying surface layers. The paint ‘skins’ Otero creates in this process are reconstructed onto canvas, yielding complex and vibrant results that showcase his material in new and radical ways, celebrating the pure materiality of paint as well as the depth of experience rewarded by looking.

Otero moved from Puerto Rico to the United States in 2004 to study at the School of the Art Institute of Chicago. Taking inspiration from both his own life and art historical sources, including the influence of artists such as Pierre Bonnard, Georges Braque, and the New York School of abstract expressionists like Joan Mitchell, he built his artistic practice upon a foundation of confident, consistent technical experimentation. Like his friend Jack Whitten, whose acclaimed oeuvre deployed material innovation to powerful visual and psychological effect, Otero ruminates upon the phenomena of individual and collective memory through the act of layering. In recent years, his predominantly abstract artistic vocabulary has expanded to include representational imagery of particularly significant familiar objects, sights, and motifs from both his memory and everyday life.

‘He’s truly a painter’s painter, constantly searching for ways to connect the abstract and the representational, the everyday and the sublime.’—Marc Payot 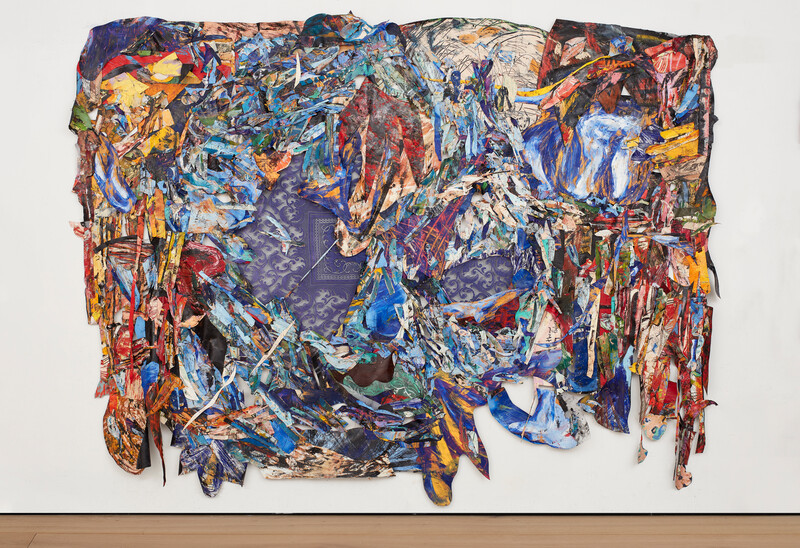 ‘We are delighted to announce our new collaboration with Angel Otero, and honored to welcome him to Hauser & Wirth,’ says Marc Payot. ‘In a sense, Angel is already part of our gallery family: he enjoyed a special friendship with Jack Whitten and, like Jack, possesses that rare talent for using technical innovation as a vehicle to express the ineffable experiences of life. In his penchant for forging new paths with his materials, Angel shares so much with many of our artists – from Eva Hesse to Mark Bradford, Ed Clark to Avery Singer. And at the end of the day, he’s truly a painter’s painter, constantly searching for ways to connect the abstract and the representational, the everyday and the sublime. This puts him in a circle of contemporaries that includes gallery artists George Condo, Christina Quarles, Rita Ackermann, and Rashid Johnson, among others. We are excited to introduce Angel’s work to ever-broader audiences and new generations worldwide.’ 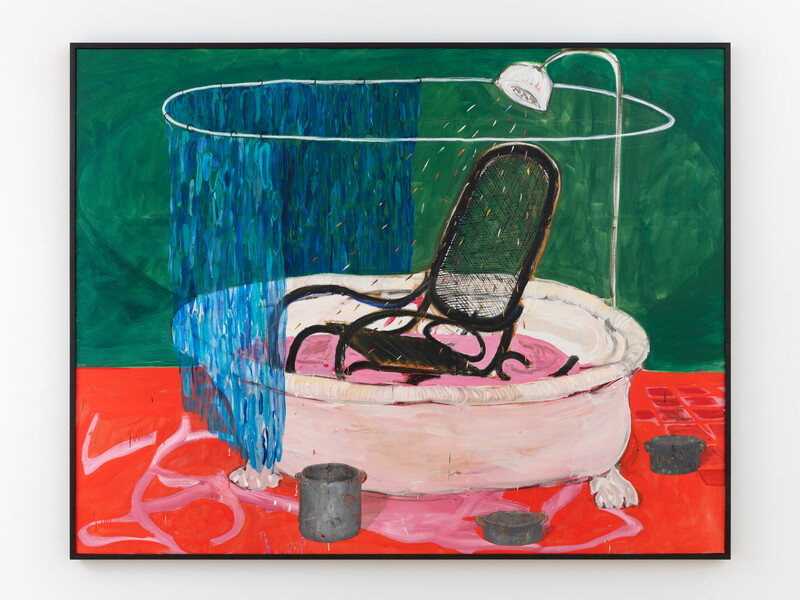 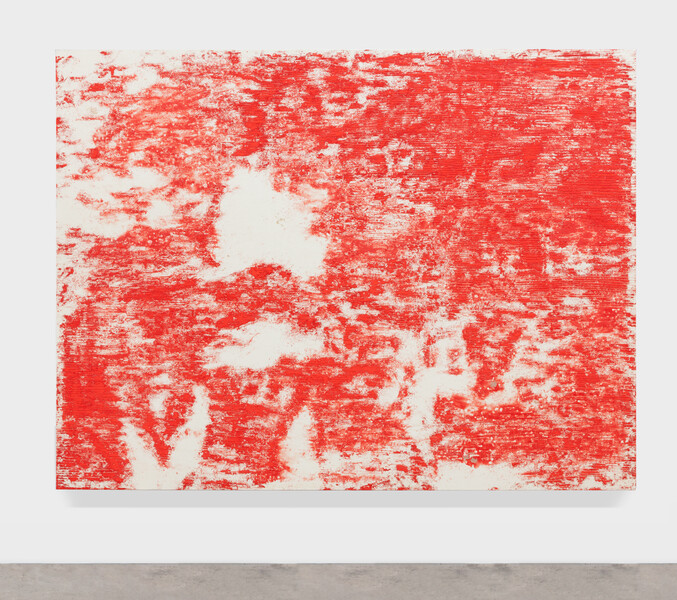 About the artist
Angel Otero was born in 1981 in Santurce, Puerto Rico, where he resided until moving to Chicago in 2004. He currently splits his time between New York and Puerto Rico. In 2009, Otero was included in the exhibition ‘Constellations’ at the Museum of Contemporary Art, Chicago, shortly after receiving his MFA at the School of the Art Institute of Chicago.

Otero’s practice is known for employing highly innovative techniques that challenge the parameters of his materials, revealing the intrinsic qualities of paint. His works are rooted in abstract image making and engage with ideas of memory through addressing art history, as well as his own lived experience. Otero is best known for the Oil Skin works he began in 2010, an ongoing series that demonstrates the inherently transformative nature of the artist’s practice as well as his dedication to expanding the visual field of abstract expressionism. Using oil paint layered onto glass and peeled off at a partially dried state, Otero recomposes his ‘skins’ onto canvas to make entirely new images and patterns. This methodical process is extended to his Transfer Series (2013) which utilizes imagery from his own personal history. Referencing historical etchings, the artist traces images drawn from his family photographs into horizontal lines with silicone – he eventually transfers the composition onto a large piece of paper that becomes the plate he will cover in raw pigment. Otero then lays his canvas onto these mediums to create a distorted monotype of the original imagery.

His more recent works have continued to explore chance-based processes and their potential to convey memory and history through materiality. In 2017, Otero debuted a series of large-scale sculptural oil paintings that resemble tapestry. Hanging freely, these works incorporate salvaged materials from his studio, off-cuts of previous paintings, and found objects that are significant to his native Puerto Rico. The many fragments that make up his compositions become powerful meditations on past and present. 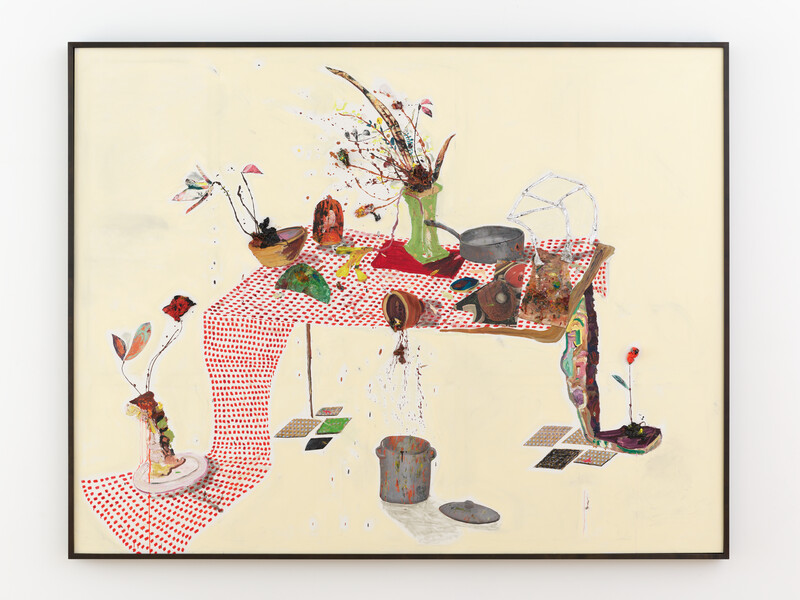 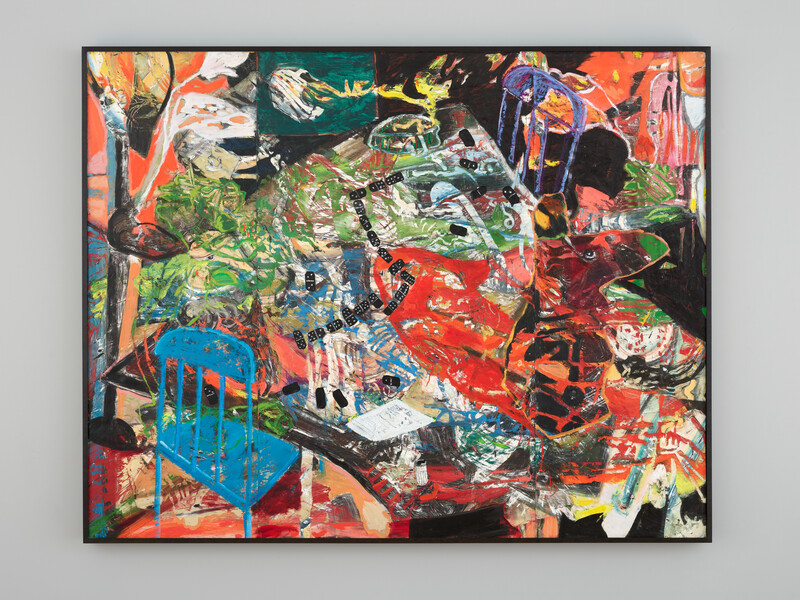 The artist’s early childhood memories are brought to the forefront in his most recent series of paintings which see a return to figuration combined with his hallmark style of abstraction. Otero paints and collages dreamlike scenes upon his vibrant structured canvases, depicting objects and spaces that are loosely based on personal memories associated with the domestic sphere. Probing the boundaries of figuration and abstraction, Otero’s most recent works continue to expand the possibilities of painting and materiality.