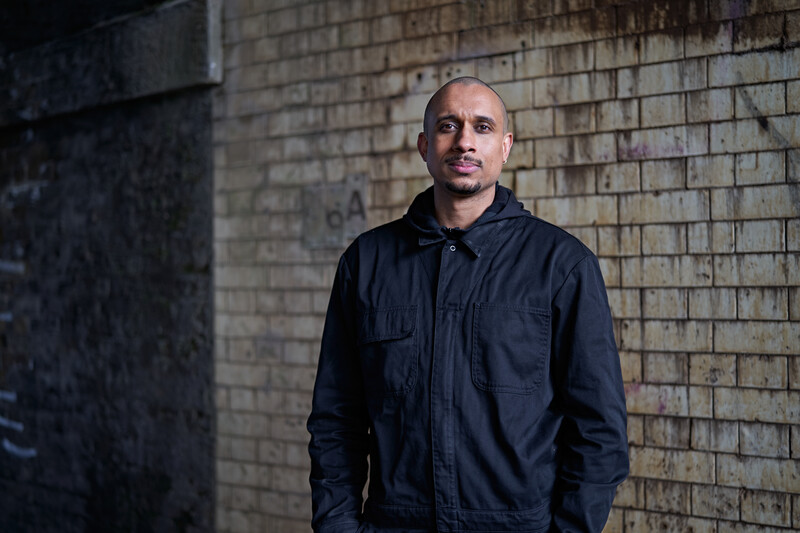 Thomas J Price has rapidly become one of the most important British contemporary sculptors of his generation, subverting stereotypical representations of figures we value in society and traditional power structures. After studying at Chelsea College of Art, he completed his MA at the Royal College of Art in 2006 and began further interrogating the language of monumentalism to question the status inherent in public sculptures. Much of his work engages ideas of representation and perception, challenging existing historical narratives and reappropriating power. Price has exhibited widely in the UK and internationally, including solo exhibitions at the Yorkshire Sculpture Park, West Bretton (2014), National Portrait Gallery, London (2016) and The Power Plant Contemporary Art Gallery, Toronto (2019). This July he will take up post as artist-in-residence at Hauser & Wirth Somerset ahead of his inaugural solo exhibition with the gallery in October 2021.

The artist’s contemporary subjects are anonymous, constructed from composite images to create fictional characters that draw the viewer into a multi-layered dialogue. He refers to them as ‘experiments in empathy’, using material, scale and physiognomy to force the viewer to contemplate the way they process their social interactions and attitudes that inform that process. Early sculptures are manifested from cut-out magazine and newspaper images, handwritten notes and sketches of people Price had observed during daily life. More recently, he has incorporated 3D scanning to assist in capturing the details of clothing, specific body types and nuanced posture. It is this complex blend of tactile records and intuitive digital technology that has enabled the possibilities of Price’s studio practice to expand and sophisticate, including large-scale public commissions, animated film works and photography.

In 2014 Yorkshire Sculpture Park presented a solo exhibition of sculpture, animation and works on paper, including the open-air premiere of his sculpture ‘Network’ (2013). The exhibition traced the evolution of Price’s approach to the male figure, described as a dual enquiry into his own white British and Black Jamaican heritage as well as the identity of the Black male in sculpture and culture history. In 2016, he presented the Numen series—three large cast-aluminium heads raised to eye level on marble columns—at a solo exhibition at The Power Plant Contemporary Art Gallery in Toronto and as part of the annual London public art programme Sculpture in the City. The same year he opened ‘Now You See Me’ at the National Portrait Gallery, London, a selection of cast bronze and aluminium sculptural works created over the previous five years. Price adopted traditional materials and methods, drawing on historical precedents such as Greek and Roman statuary, in order to counter and critique art history by representing people who have not commonly been seen in portraiture. 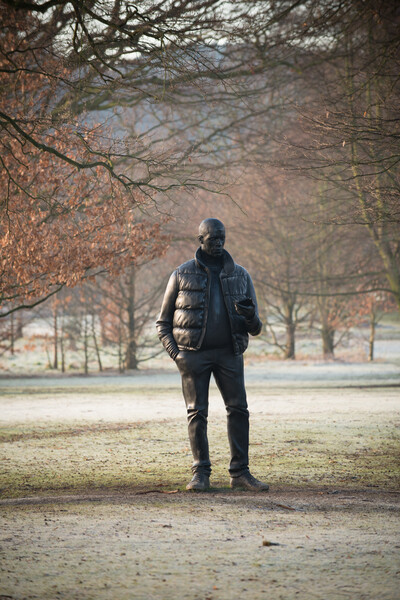 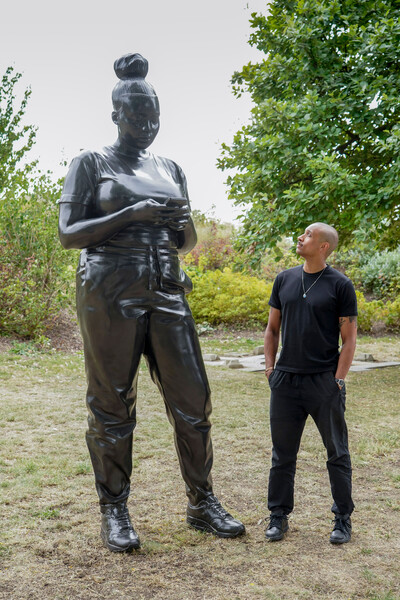 ‘We are thrilled that Thomas is joining the gallery. His multi-disciplinary practice could not be more relevant today. Amid the current discussions of public art and an awareness of nuanced representation in the public realm, Thomas inhabits historic constructs with a newness that at first glance can go unnoticed, but that live in the public realm as silent totems for change.’
— Neil Wenman, Partner, Hauser & Wirth

In 2020 Price was invited to exhibit a 9ft-tall sculpture ‘Reaching Out’ (2020), marking the fifth anniversary of The Line – a free public art walk that follows the Greenwich Meridian and passes through three of the most diverse boroughs in London. Located near Stratford at Three Mills Green, the larger-than-life sculpture depicts a casually dressed Black woman engaged in the everyday activity of scrolling through her phone. She is a fictional character created from various references to serve as a psychological portrait, balancing experiences of isolation and connectedness, whilst acknowledging the different ways in which technology mediates our lives. Price stated at the time: ‘For me it’s always been essential that the ‘characters’ depicted in my figurative works are fictional constructs, created from various sources in order to place the focus on their psychological embodiment and underlying humanistic qualities, instead of the individual achievement and exceptionalism.’ The sculpture joins only two other existing public works in London depicting Black women and is the first made by a Black artist. 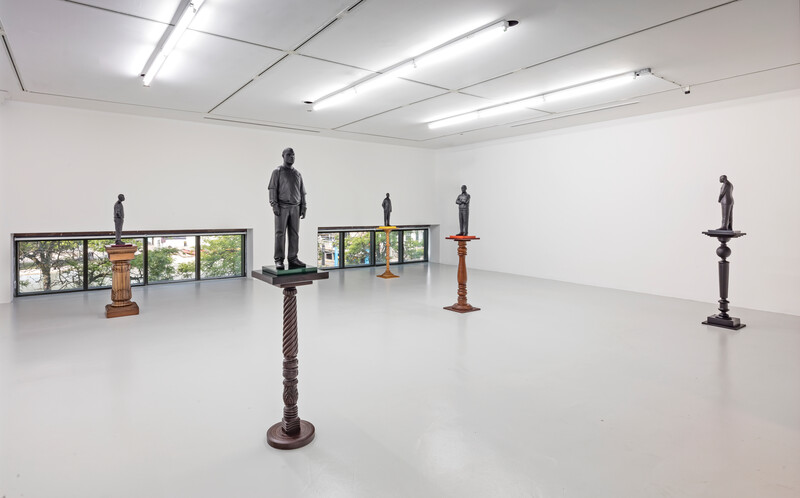 Thomas J Price’s work is currently on view at Sculpture Millwaukee, Winsconsin, US until 15 December 2021; The Line, London, UK; and in ‘Gold and Magic’ at ARKEN, Ishøj, Denmark until 8 August 2021.

The gallery will present its first solo exhibition of Thomas J Price’s work at Hauser & Wirth Somerset from 2 October 2021 – 3 January 2022.