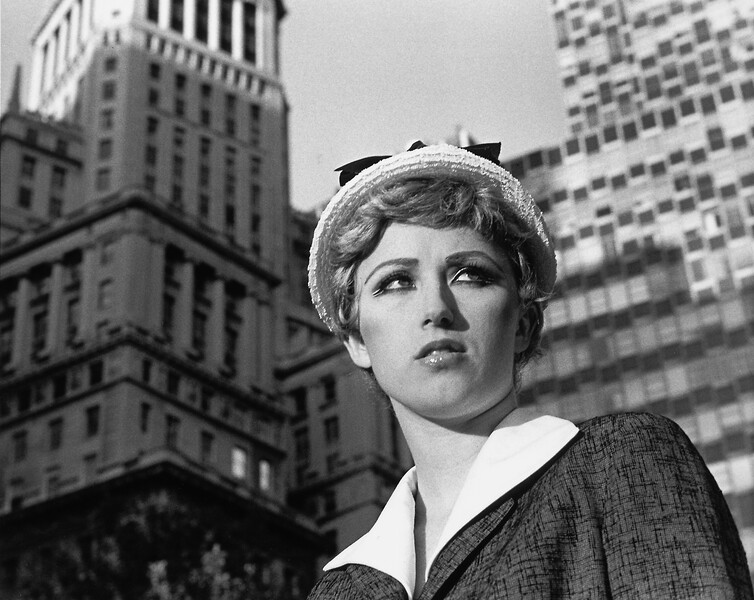 Widely recognized as one of the most important and influential American artists of her generation, Cindy Sherman has since the late 1970s made powerful images of an ever evolving panoply of adopted personae in order to explore key issues of identity and its construction, and to question assumptions about artistic representation. Over the course of her four-decade career, she has created works that challenge, in particular, the contradictory depictions of women that shape our culture’s expectations and support its stereotypes. Her inventive and physically demanding work has unfolded in discrete series, each one engaging and upending familiar strains of visual history that range from Renaissance and Classical portraiture, to the unlimited supply of images provided by movies, television, magazines, and the Internet.

Working alone to create narrative but enigmatic, open-ended tableaux that transform both her physique and surroundings, Sherman assumes multiple roles: photographer, model, makeup artist, hairdresser, stylist, and wardrobe master. But she never obscures the fictive, constructed nature of her images. By permitting the viewer access to the artifice—the simultaneous theatricality and strange familiarity—of her work, Sherman has radically expanded the boundaries of art by incorporating aspects of photography, painting, sculpture, film, installation, performance, collage, and assemblage into an uncanny visual language that ultimately occupies a category of its own. 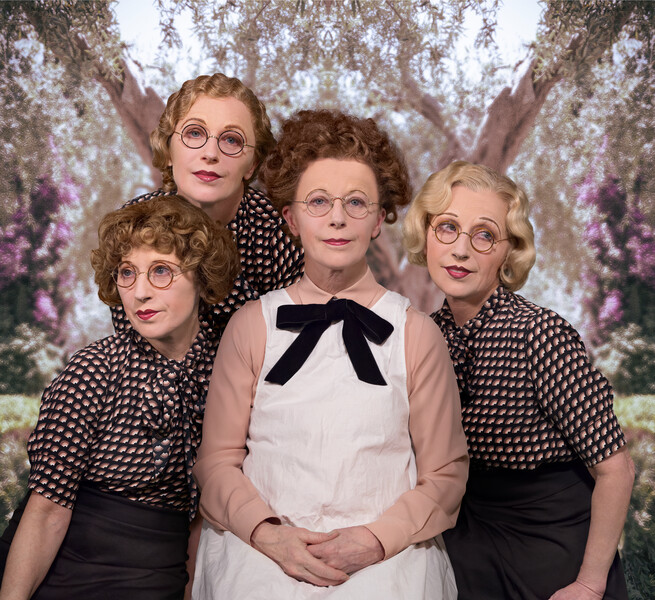 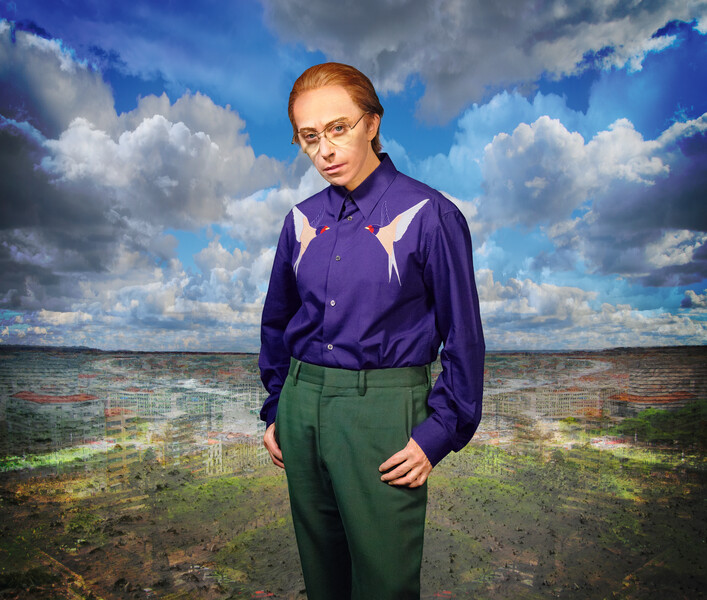 Marc Payot, President of Hauser & Wirth, remarked: ‘We are honored and delighted to announce our collaboration with Cindy, and welcome her to Hauser & Wirth. She is a pictorial master, dazzlingly inventive, and there is such deep poignancy in her work, but also great humor and power. She is fearless in ambushing the tropes of identity that our society has manufactured. In this sense, Cindy’s practice resonates very strongly with the work of many other artists central to our program, from late landmark figures like Louise Bourgeois, to contemporaries like Paul McCarthy and Lorna Simpson. Cindy is already established in the history of modern and contemporary American art, thanks in no small measure to the extraordinary work of Janelle Reiring and Helene Winer of Metro Pictures, her gallery since the early 1980s. We are excited to build upon their achievements and to introduce the artist’s work to ever-broader audiences and new generations worldwide.’

‘Cindy is already established in the history of modern and contemporary American art, thanks in no small measure to the extraordinary work of Janelle Reiring and Helene Winer of Metro Pictures, her gallery since the early 1980s.’—Marc Payot

Sherman’s work resides in the permanent collections of numerous major museums, and has been featured in solo exhibitions in the United States and internationally, at such institutions as The Museum of Modern Art and the Whitney Museum of American Art in New York; the San Francisco Museum of Modern Art; the Museum of Contemporary Art (MOCA) in Los Angeles; the Stedelijk Museum in Amsterdam; the Louisiana Museum of Modern Art in Humlebaek, Denmark; the Serpentine Gallery in London; and the Museo Nacional Centro de Arte Reina Sofia in Madrid, among others. Recipient of a MacArthur Fellowship, the artist has been awarded many honors over the course of her career, including the Larry Aldrich Foundation Award, the Wolfgang Hahn Prize, the Hasselblad Award, and the American Academy of Arts and Sciences Award, among others. 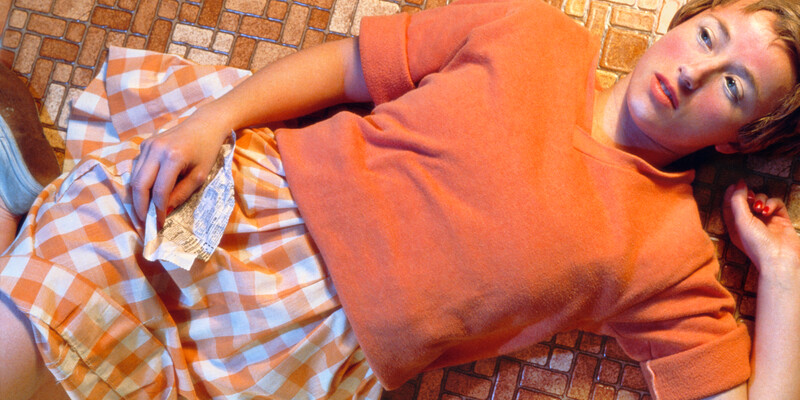 Born in 1954 in Glen Ridge, New Jersey, Cindy Sherman lives and works in New York NY. Her ground-breaking photographs have interrogated themes around representation and identity in contemporary media for over four decades. Coming to prominence in the late 1970s with the Pictures Generation group alongside artists such as Sherrie Levine, Richard Prince and Louise Lawler, Sherman studied art at Buffalo State College in 1972 where she turned her attention to photography. In 1977, shortly after moving to New York, Sherman began her critically acclaimed Untitled Film Stills. A suite of 69 black and white portraits, Untitled Film Stills sees Sherman impersonate a myriad of stereotypical female characters and caricatures inspired by Hollywood pictures, film noir, and B movies. Using a range of costumes, props and backdrops to manipulate her own appearance and to create photographs resembling promotional film images, the series explores the tension between artifice and identity in consumer culture which has preoccupied the artist’s practice ever since. 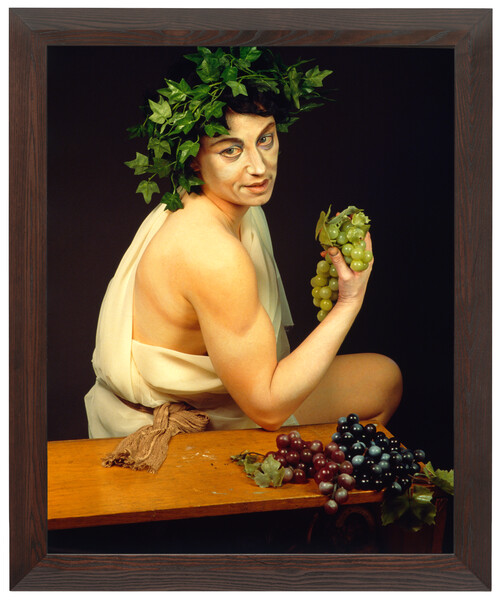 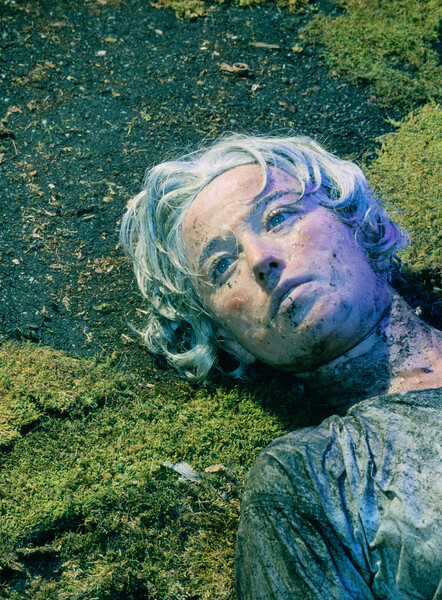 Sherman continued to channel and reconstruct familiar personas known to the collective psyche, often in unsettling ways. In 1981, the artist created her Centerfolds, a series of photographic double spreads inspired by men’s erotic magazines. Originally commissioned by Artforum, the spreads were subsequently pulled for fear of backlash. Tightly cropped and shot in color, Sherman’s images show her characters in vulnerable and ambiguous states. By the mid to late 1980s, the artist’s visual language began to explore the more grotesque aspects of humanity through the lens of horror and the abject, as seen in works such as Fairy Tales (1985) and Disasters (1986-89). These highly visceral images saw the artist introduce visible prostheses and mannequins into her work, which would later be used in series such as Sex Pictures (1992) to add to the layers of artifice in her constructed female identities. Like Sherman’s use of costumes, wigs, and makeup, their application would often be left exposed. Her renowned History Portraits begun in 1988 used these theatrical effects to break, rather than uphold, any sense of illusion. 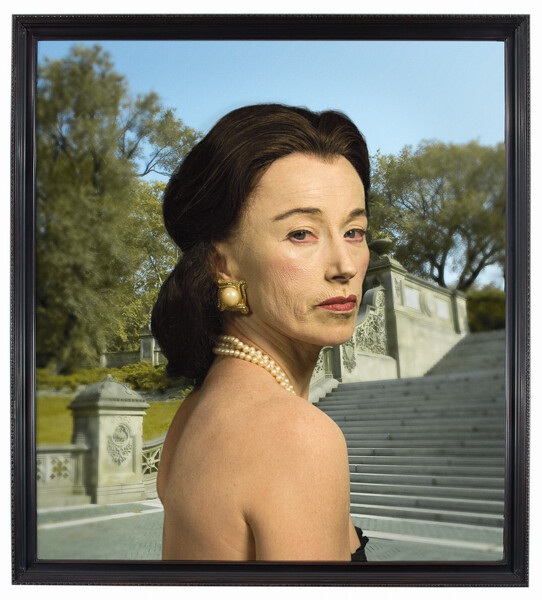 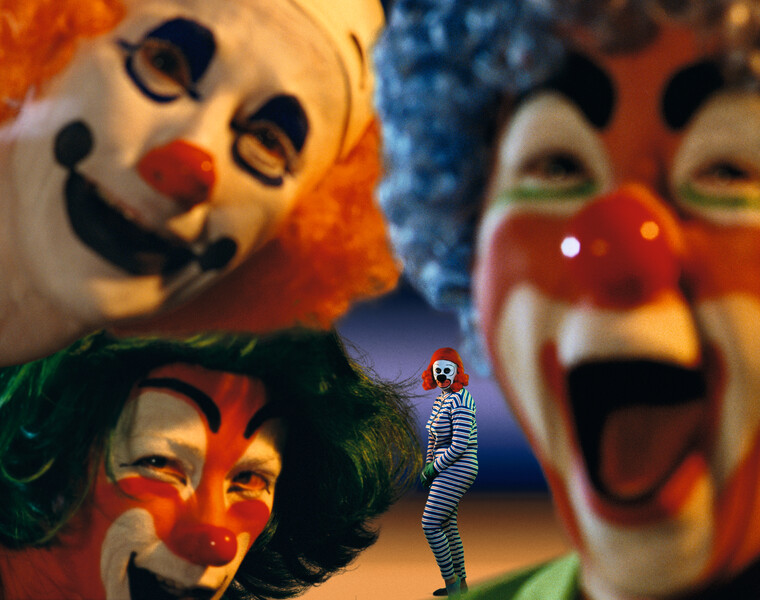 Since the early 2000s, Sherman has used digital technology to further manipulate her roster of characters. For the artist’s Clown series in 2003 she added psychedelic backdrops that are at once playful and menacing, exploring the disparity between the exterior persona and interior psychology of her subject. In her Society Portraits (2008) the artist used a green screen to create grandiose environments for women of the upper echelons of society. These CGI backdrops add to the veneer-like charm of the characters that Sherman portrays, heavily made up and absorbed by societal status in the face of aging. Her later works continue to offer a satirical view of the modern obsession with youth and beauty that has been projected onto women for decades. In her series of wall murals from 2010 (installed for her MoMA retrospective in 2012), Sherman features as a number of different characters against a computerized background in ill-fitting wigs, medieval dress, and no makeup, instead using photoshop to alter her facial features. In her Flappers series from 2016, the viewer is confronted with the vulnerability of the aging process in 1920s Hollywood starlets, who pose in glamorous attire from their prime with exaggerated makeup.

In 2017, Sherman began using Instagram to upload portraits that utilize a number of face-tuning apps, morphing the artist into a plethora of protagonists in kaleidoscopic settings. Disorientating and uncanny, the posts highlight the dissociative nature of Instagram from reality and the fractured sense of self in modern society that Sherman has uniquely encapsulated from the outset of her career.